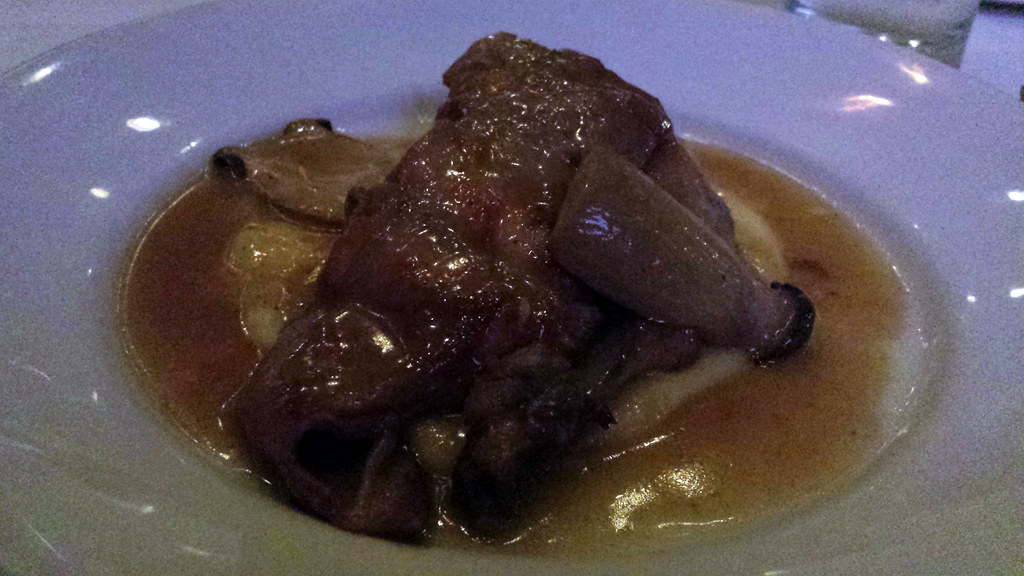 (Photo quality is terrible because the restaurant was dark and I forgot my camera in my vehicle, so I used my ancient phone.) Although I’m not really a food enthusiast, I enjoy having various different food experiences. When I buy raw meat from the grocery store to cook for my meals, I like to rotate across different kinds of meat, and immediately grab the “specialty” item if they have one available (usually not something completely exotic, but still something rarer, like swordfish or buffalo – stuff you usually don’t see). Yesterday, I went to a restaurant with Tempo Storm’s H1Z1 team and a handful of staff members while they were in Las Vegas. Most of the items on the menu seemed boring and underwhelming, but there was one meat item I had never tried before – rabbit. So, the answer to the obvious question of “how does rabbit taste”? I’m not sure if it was just because of the gravy and how this particular serving of rabbit was prepared, but it literally tasted exactly like turkey, so much so that I thought they were ripping me off and giving me turkey instead of rabbit. 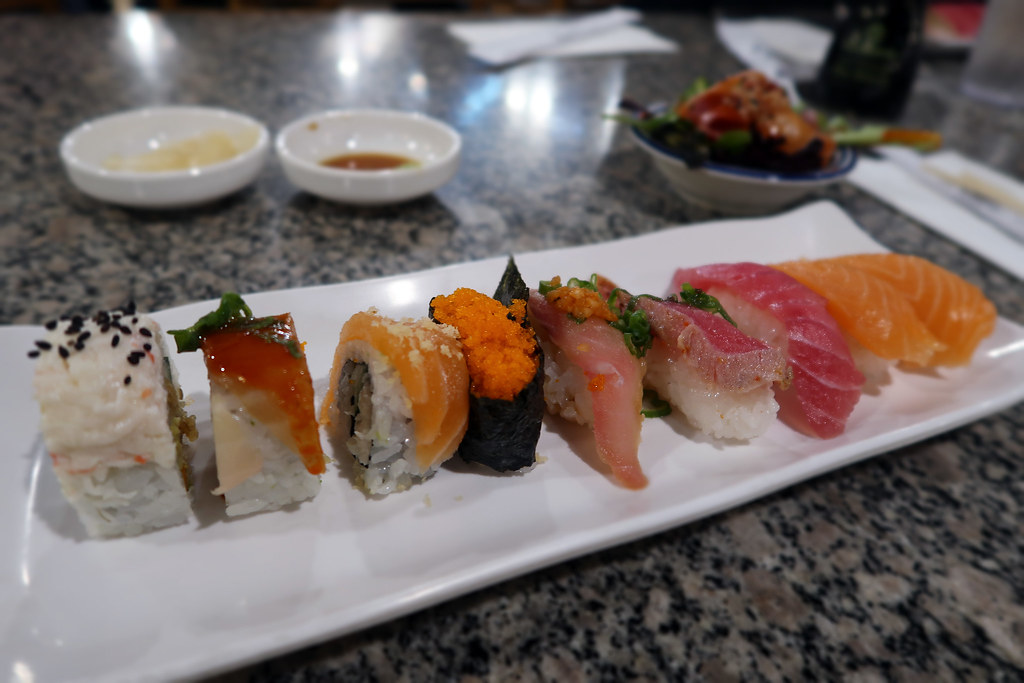 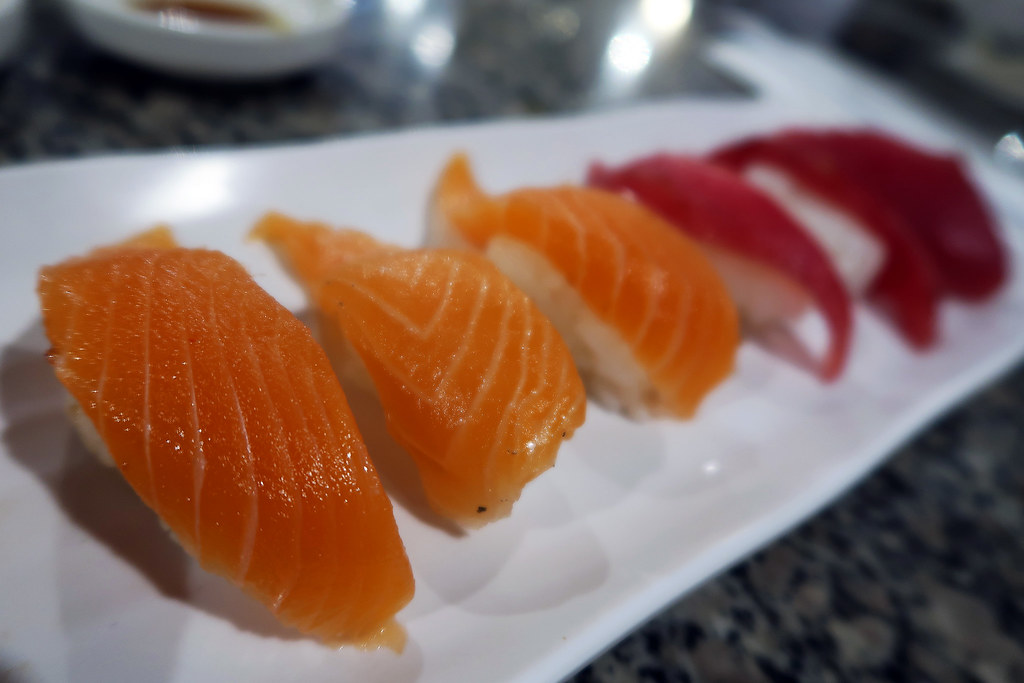 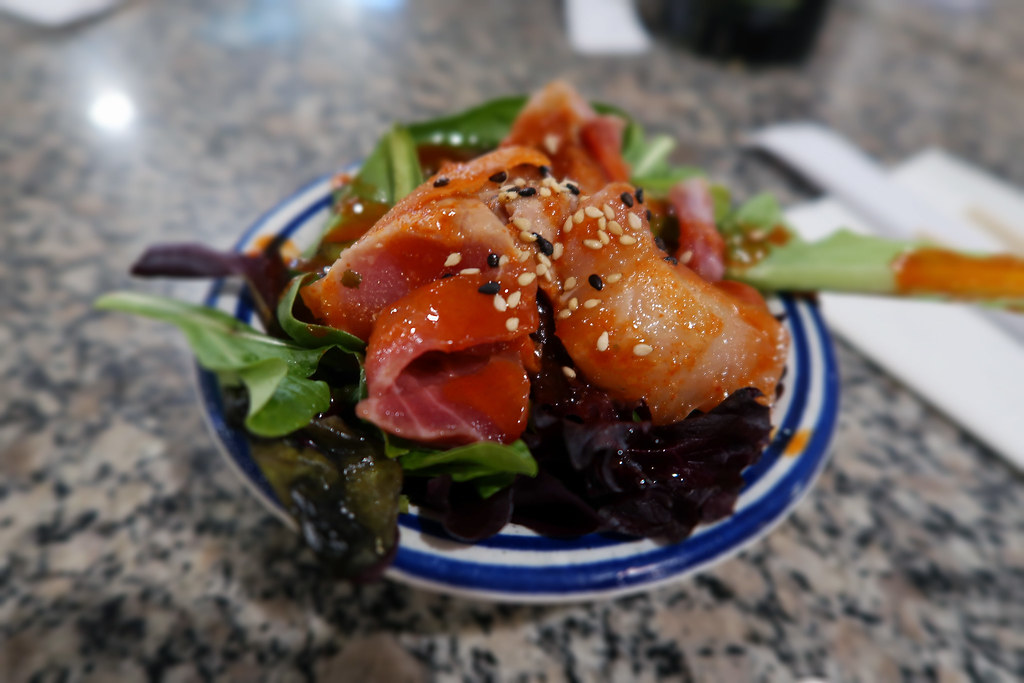 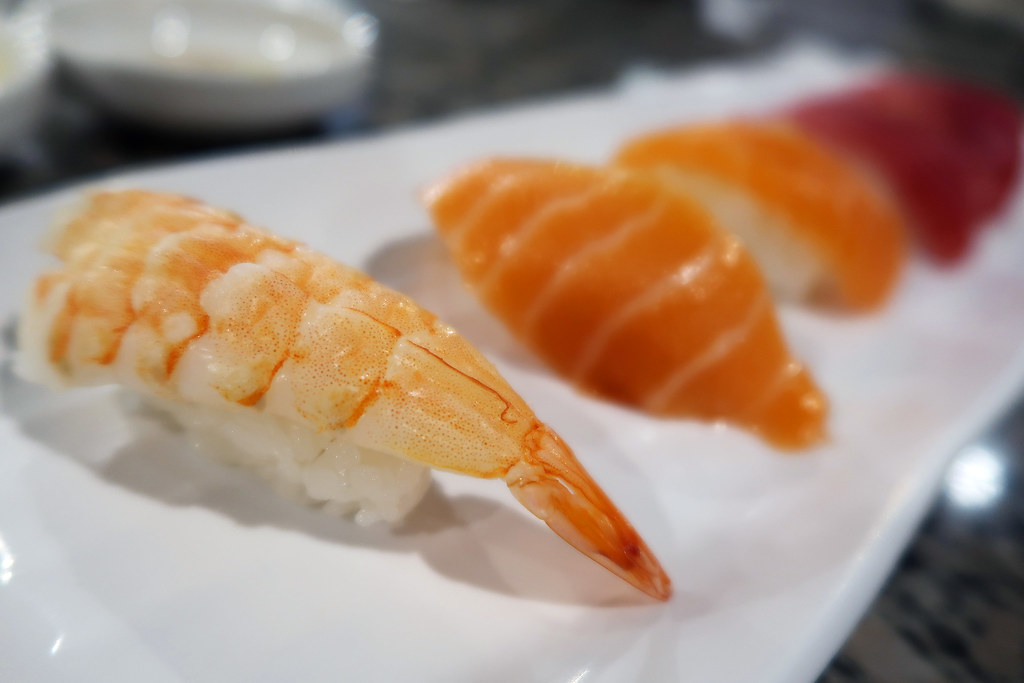 I don’t even remember where this was because I went with my cousin, aunt, and uncle, and they picked out the location, but in terms of sushi quality vs. price, this is actually probably one of the best all-you-can-eat sushi buffets that I’ve ever been to. All I know about it as of right now is that it’s in Los Angeles County… which is probably one of the least helpful things I could’ve said, considering the size of Los Angeles County.
I have a big day coming up on the 20th which requires a substantial amount of preparation. So how am I spending my time leading up to the event? … Going to a meet-and-greet, apparently. During my final days of availability in this area, Rentaro convinced me to attend the meet-and-greet she was holding with her fans at the Yard House in Pasadena. I obviously hate going to events and just driving in general, but I figured I may as well go at least to take photos and video. The vlog ended up not working out too well because the lighting was catastrophically bad and there was a lot of background noise, but at least the photos weren’t completely terrible. I’m particularly bad at photographing people (though I guess I’m getting better at it, since I technically have to photograph people at events because a big reason of esports photography is to capture players and influencers’ moments), so most of the photos I ended up taking were of food, but I do have one group shot: 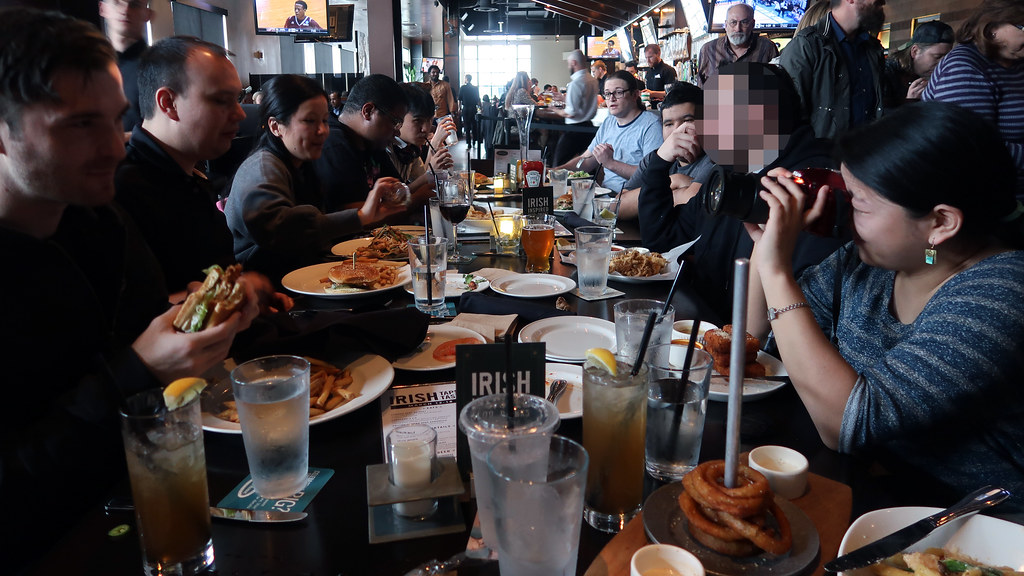 In my opinion, the food photos ended up a lot better – I personally had the poke nachos and black truffle cheeseburger, but I started taking pictures of the meals of people sitting around me too: 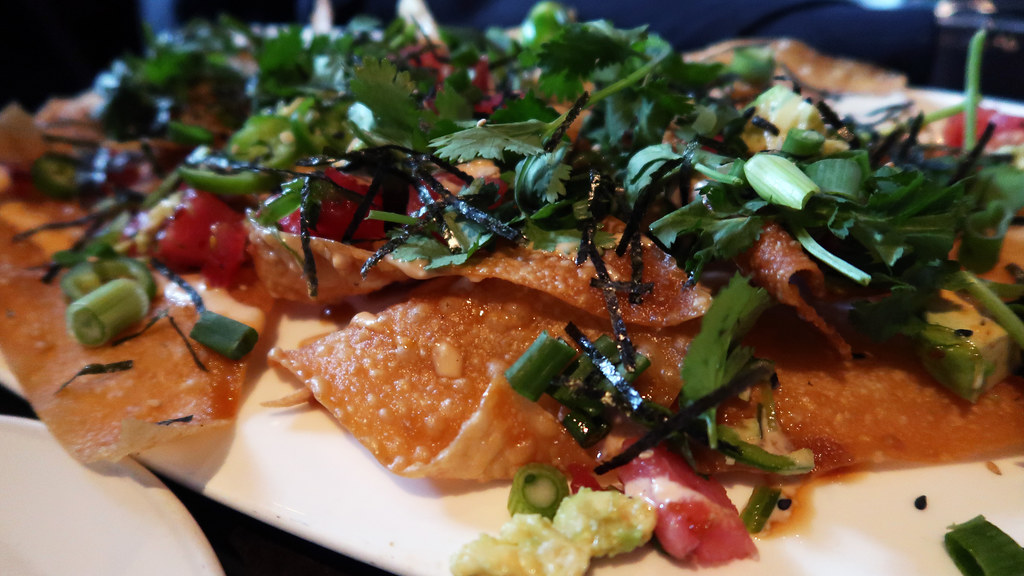 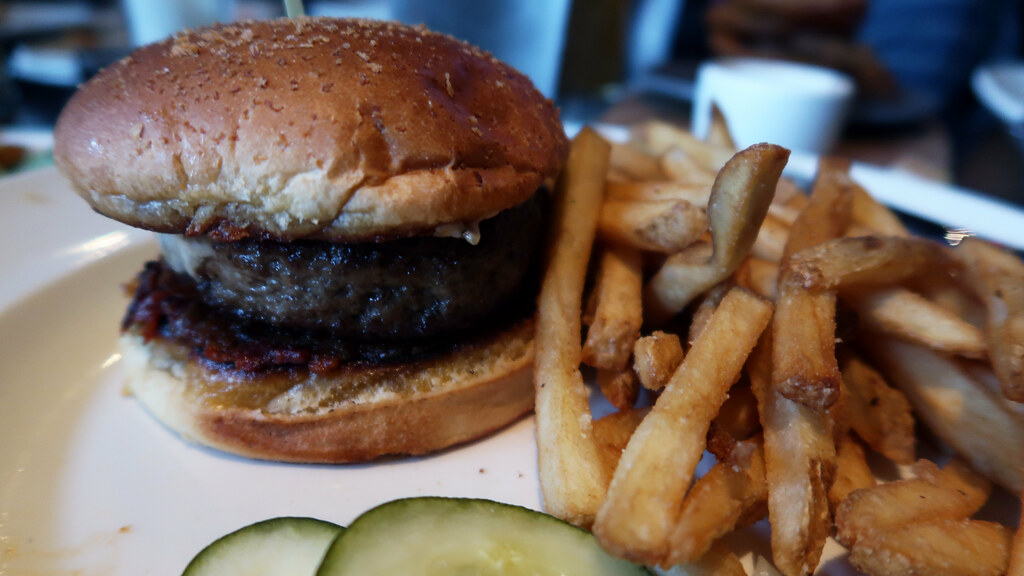 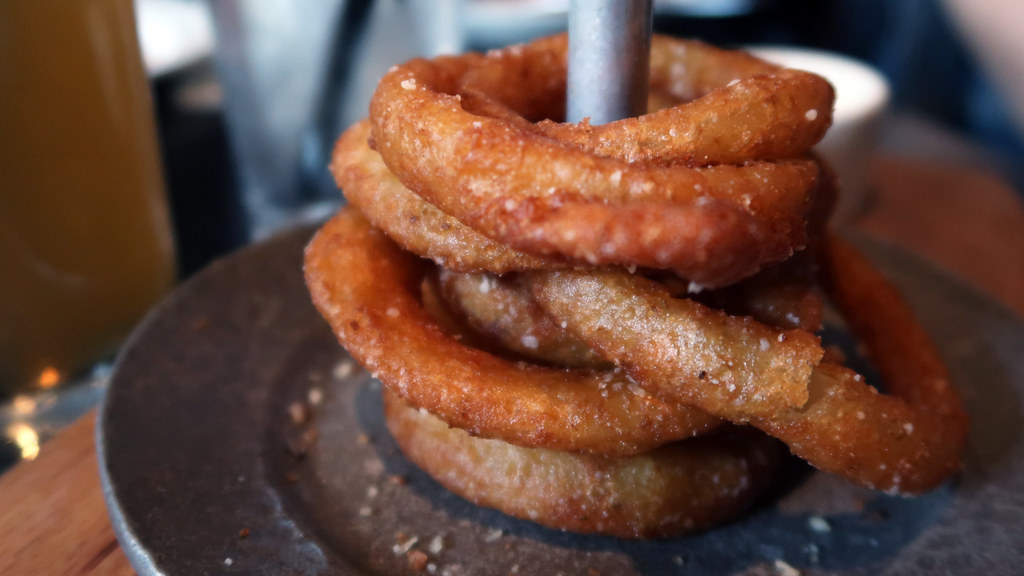 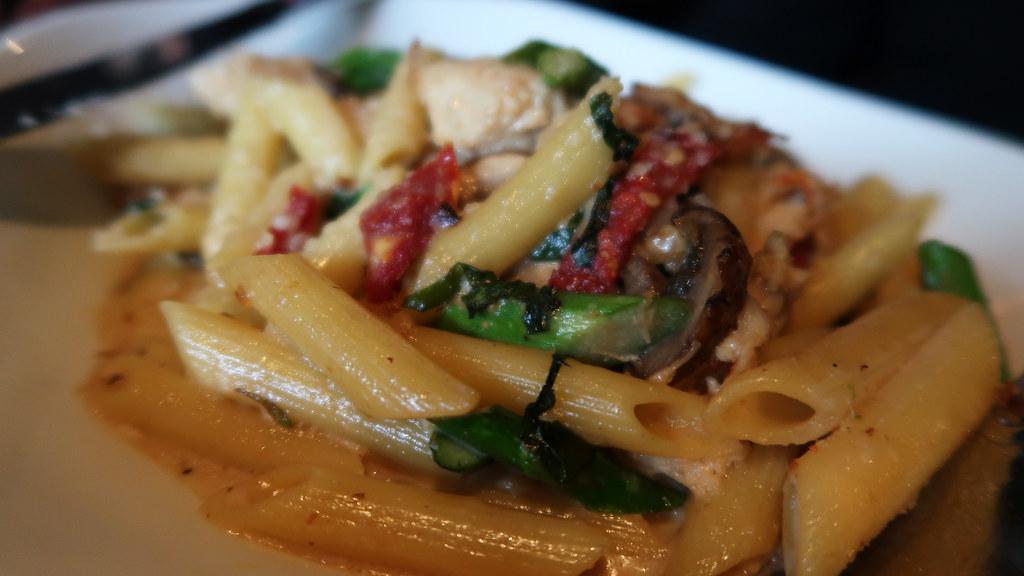 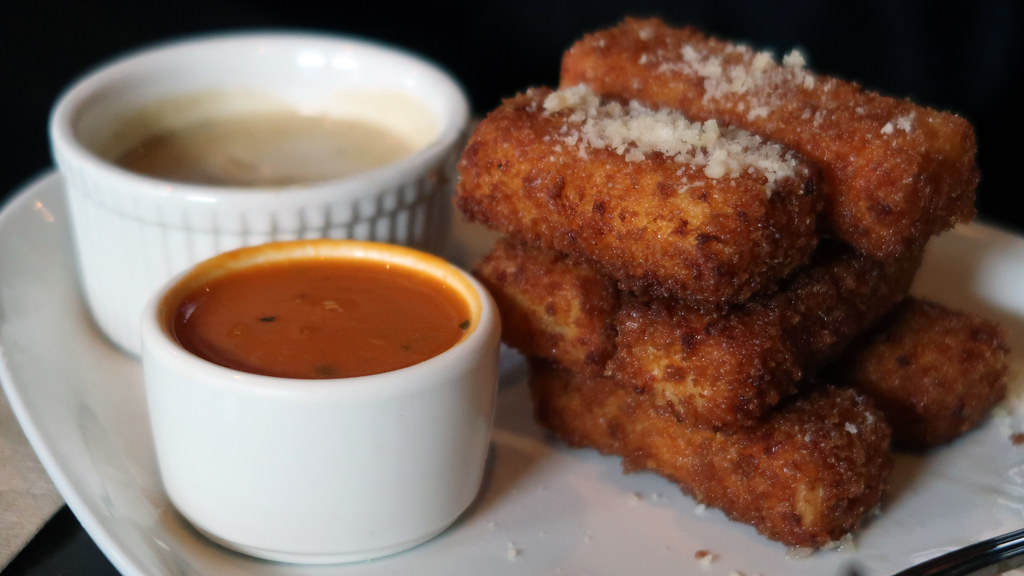 And of course, a photo album would not be complete without a shot of Mango the Yorkshire Terrier, who was also in attendance: 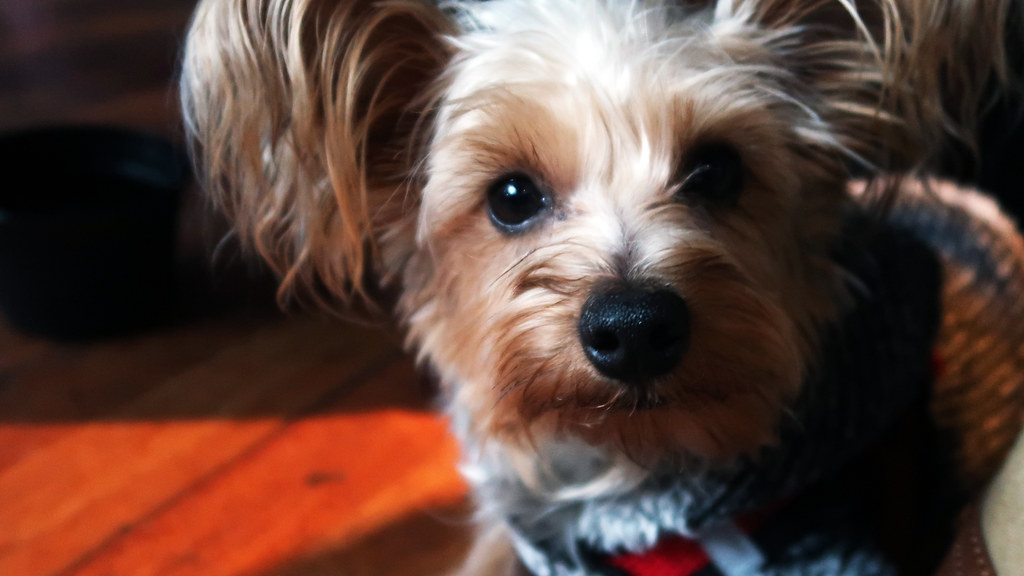 (Full album: https://www.flickr.com/photos/adamparkzer/sets/72157693847676894)
My aunt and uncle came to visit me today, and we went to an all-you-can-eat sushi restaurant. This is what they gave me for dessert. 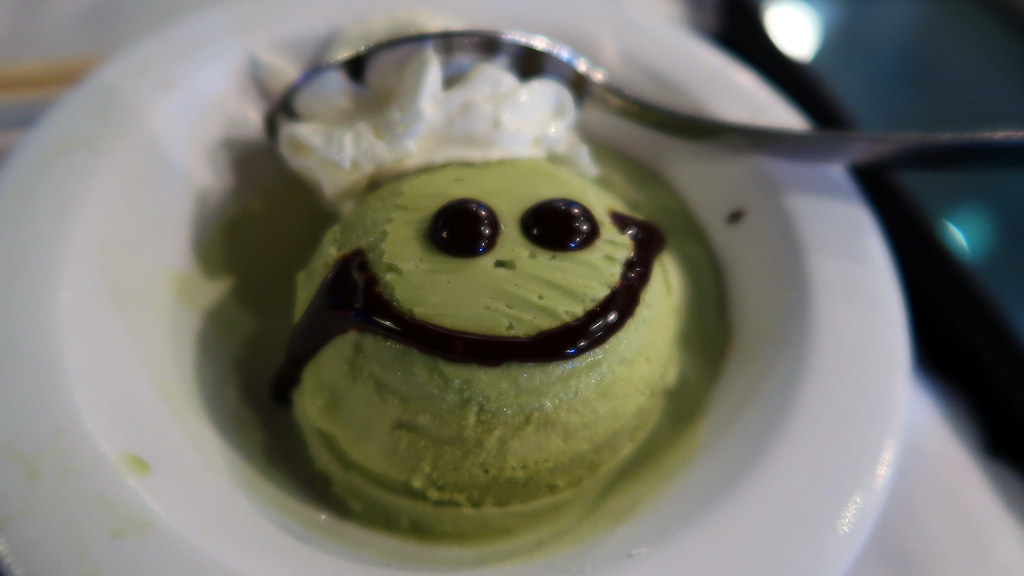 And of course, this can’t be a post about sushi if I don’t actually show some sushi, so here’s a photo of salmon nigiri: 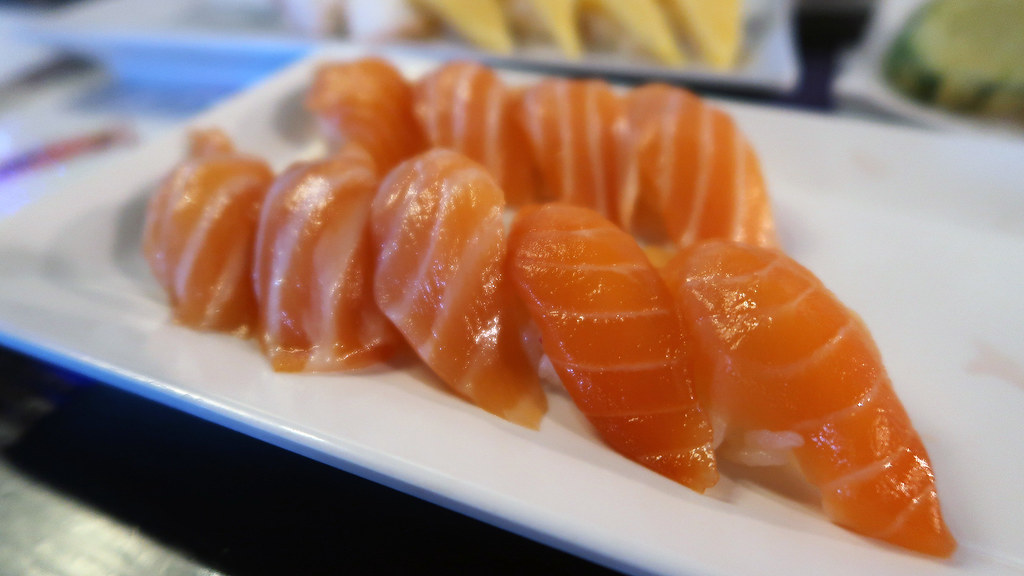 I had a lot of that
You might’ve seen from yesterday that I went out with some of Tempo Storm’s professional gamers to an indoor rock climbing facility. After we wrapped that up, we went out to get some dinner at a restaurant the manager picked – a Japanese grill called Shin-Sen-Gumi. Because this was his event that he coordinated and put together for his players, I went along with it … and soon realized that he had picked out a peculiarly expensive restaurant. The prices were somewhat deceptive – the portion sizes were surprisingly small, some of which literally only came with three bites of meat for US$8.50. 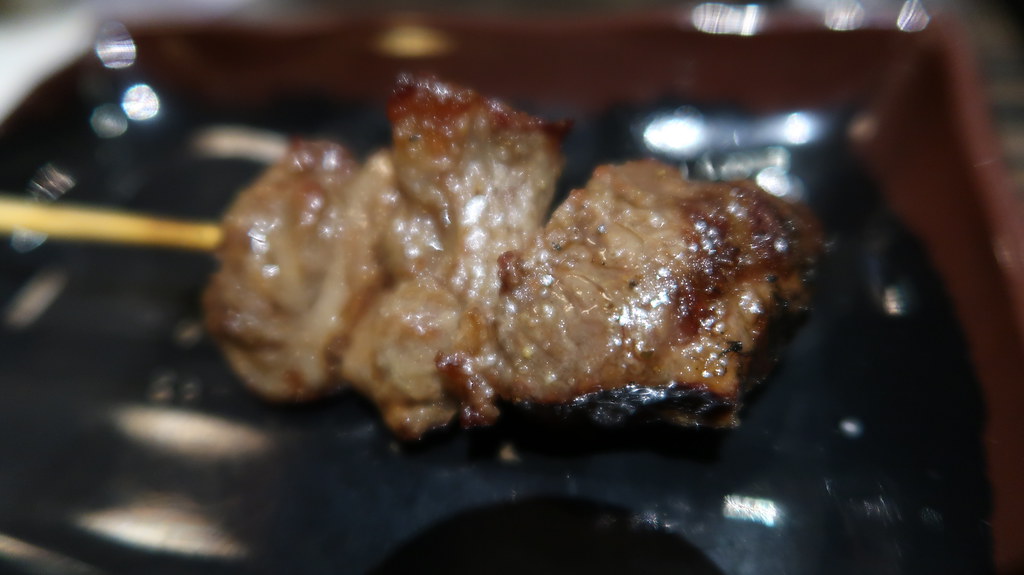 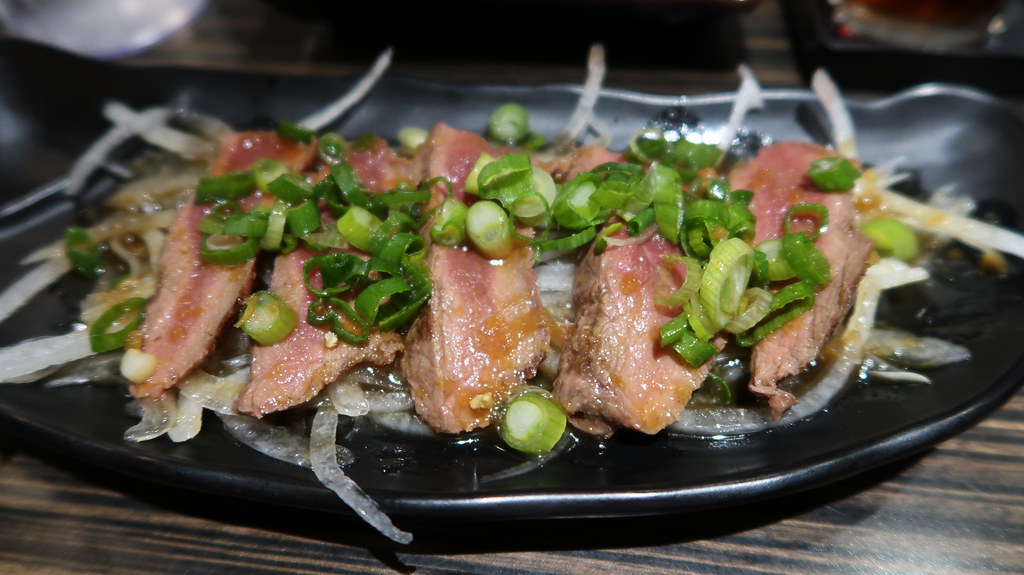 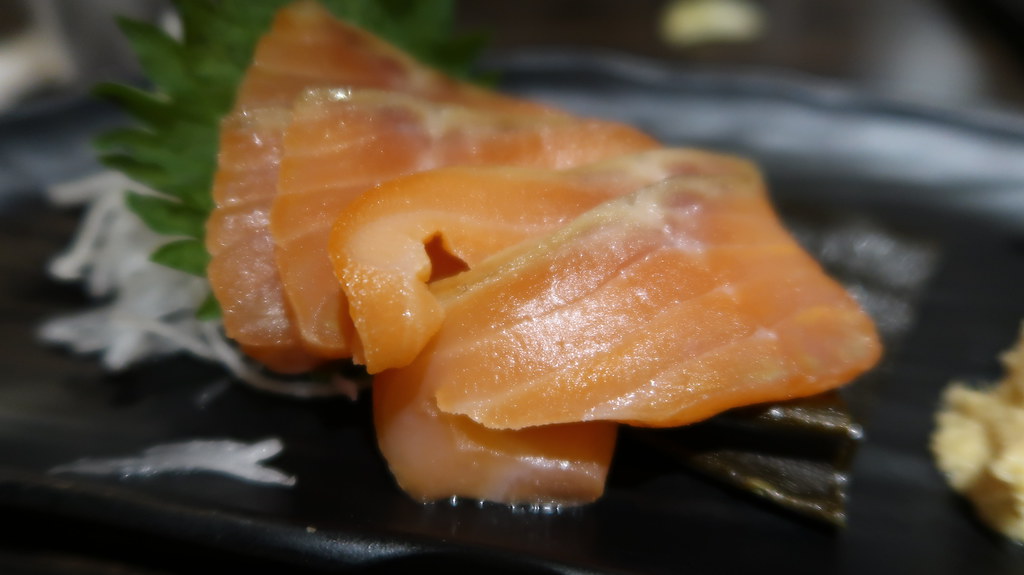 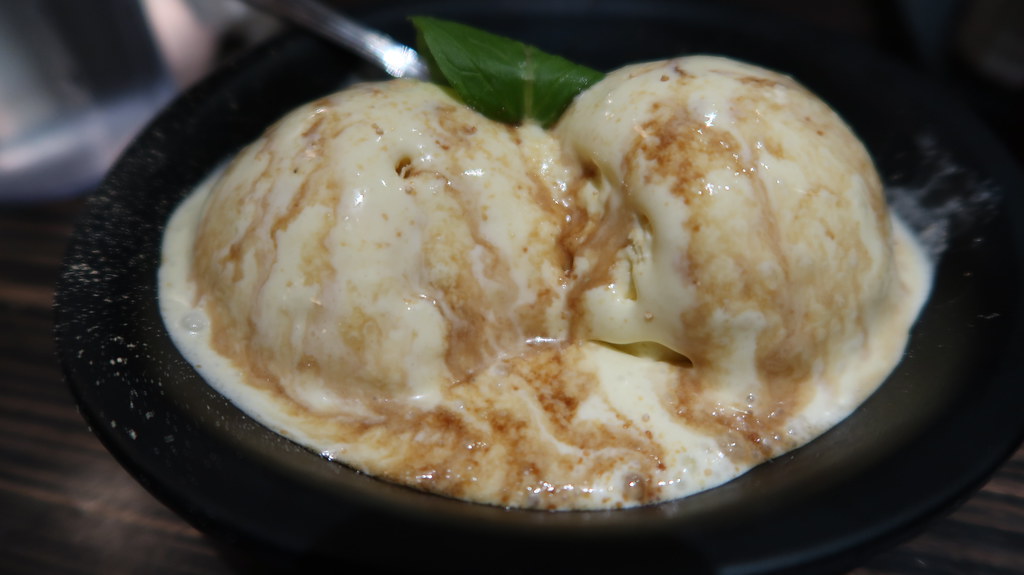 The final bill came out to be over US$382 for a party of five. After clarifying with the manager that I was absolutely not the one who had picked out this restaurant, I wished him the best of luck in justifying his choice of restaurant when submitting his company reimbursement.
This is what I had for lunch yesterday I think I got scammed by the restaurant 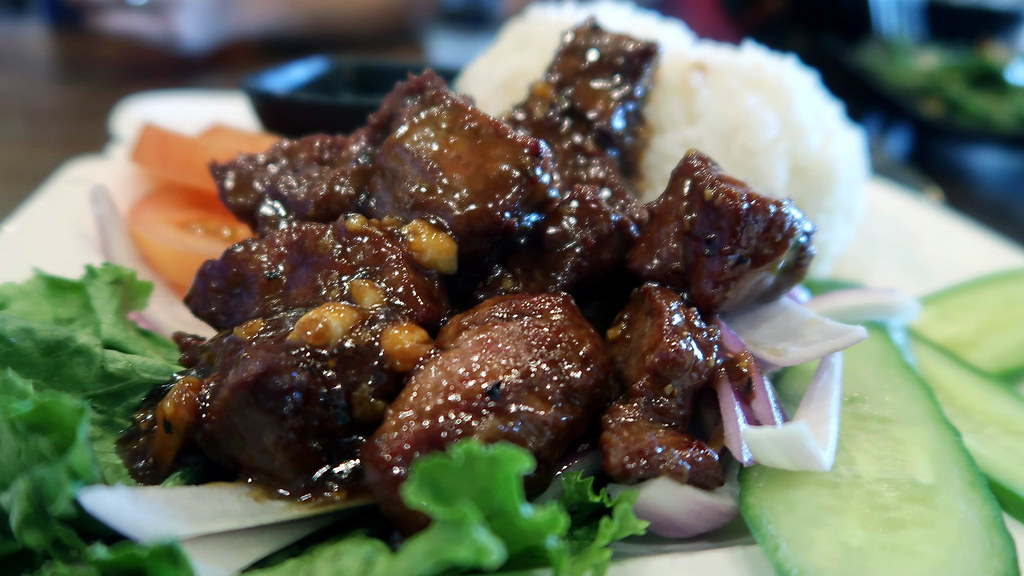