For my first hike in Boise, Idaho, I selected Table Rock. The trailhead was right next to the Old Idaho Penitentiary State Historic Site that I had just visited, so I headed back over there to the East End neighborhood. 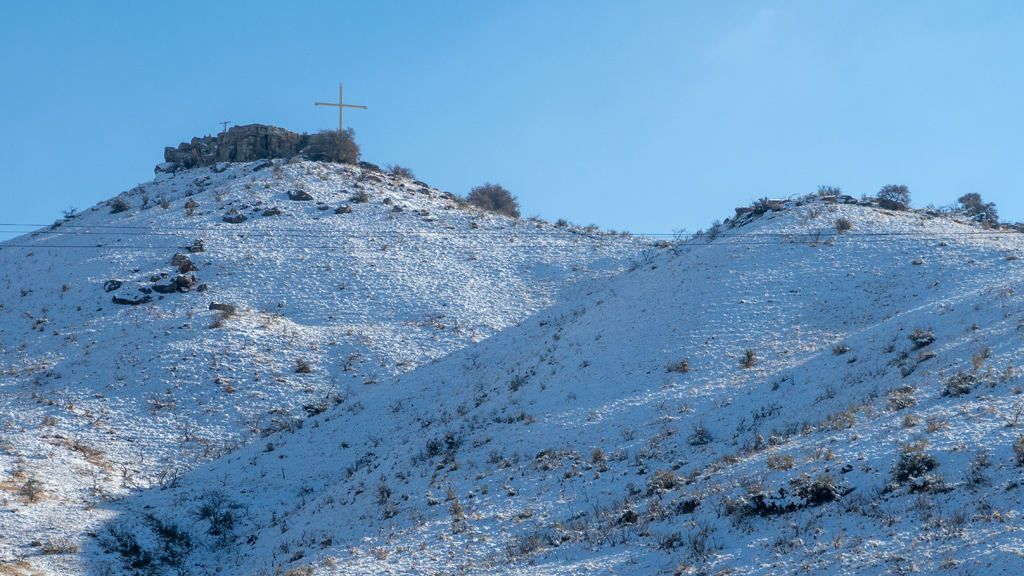 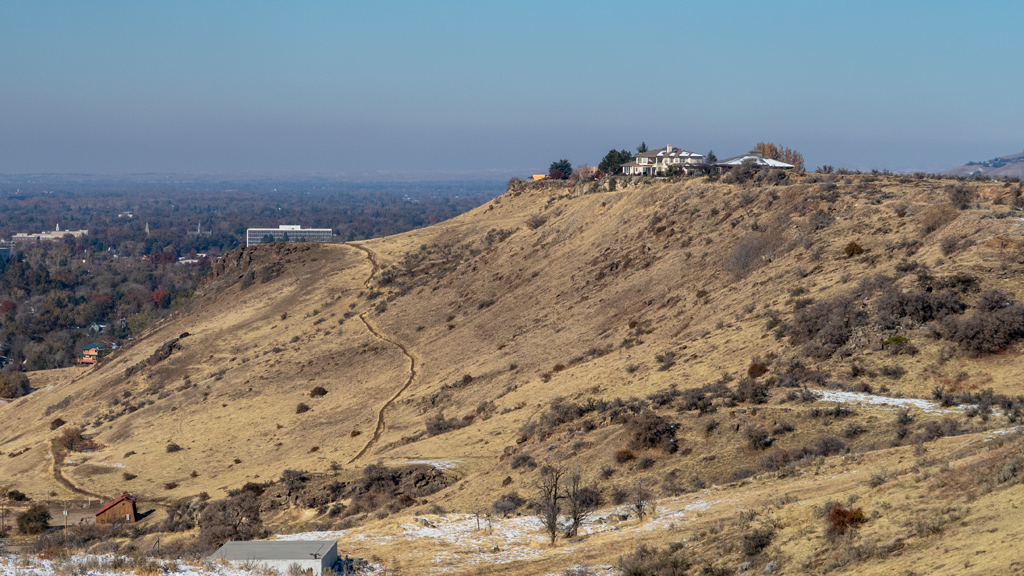 As I ascended in elevation and got closer to the Y-intersection with Table Rock Trail, there were some nice views towards the northwest and southwest. 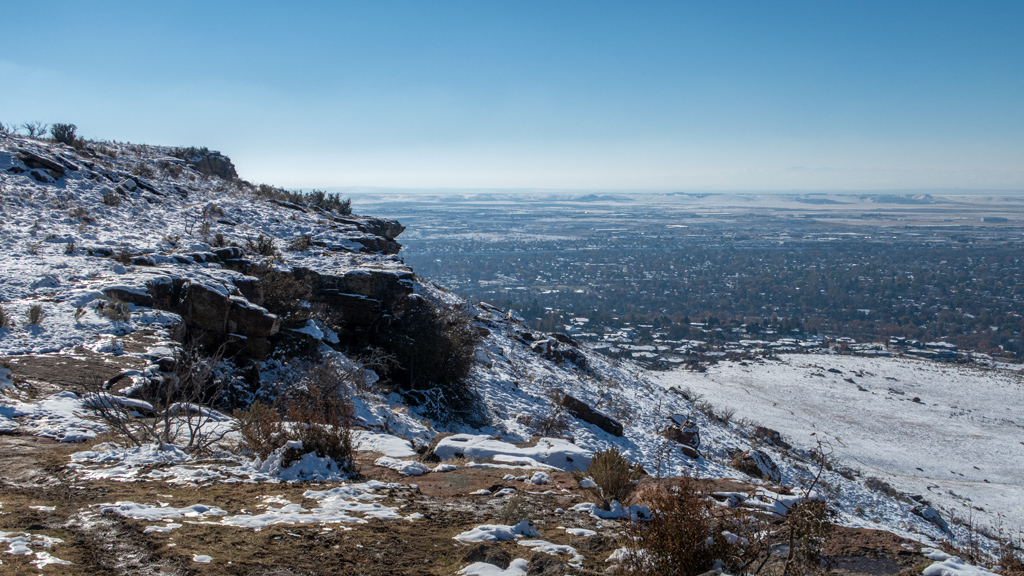 After passing the intersection of Table Rock Loop and continuing on Table Rock Trail, I made it up to the summit. At the top, there was a cross, as well as a placard explaining the story behind the fixture.

Apparently, it had originally been a source of controversy due to it being a religious symbol displayed on government land. Because the claims of the separation of church and state were valid, the Idaho State Land Board decided to auction off the land housing the symbol to a private party.

That wasn’t enough for some activists, as they perceived this to simply be a loophole solution, so they litigated. First they tried to block the auction, and then later tried to nullify the sale, but both attempts were not successful. Furthermore, around the same time, there was overwhelming public support for keeping the cross. Eventually, the activists gave up, because they realized this would just be an uphill battle. 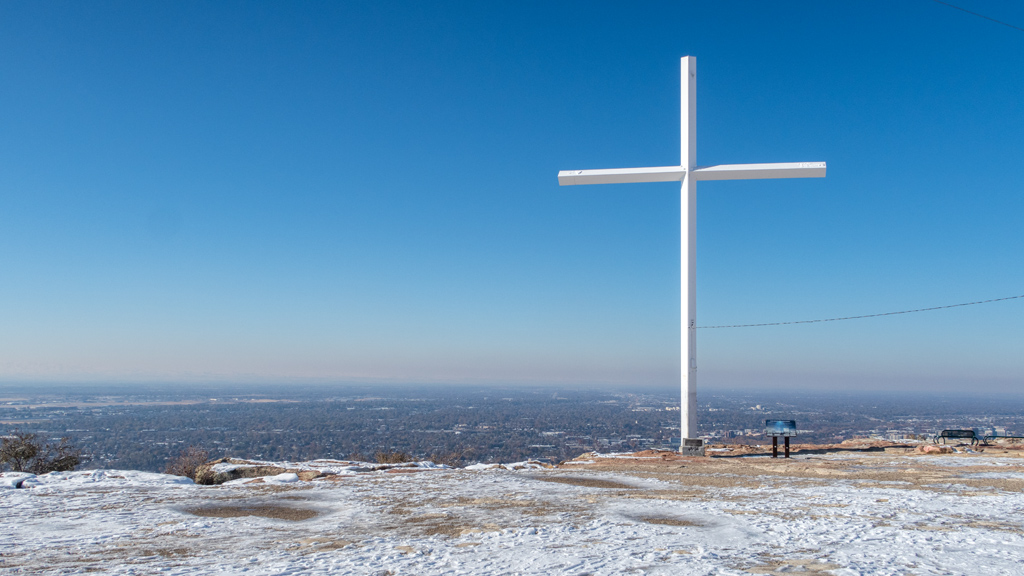 From the summit, there was a nice view of downtown Boise… 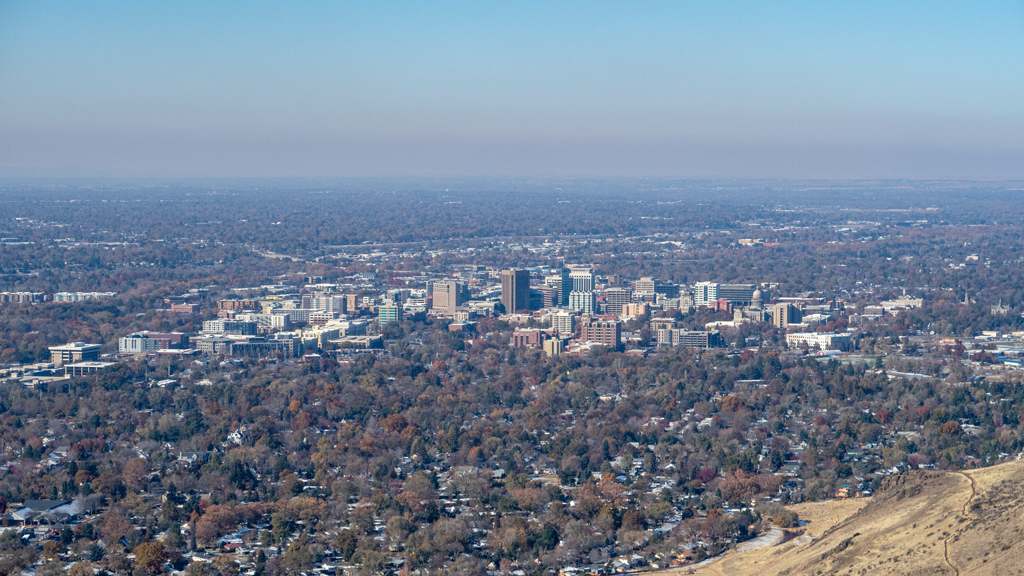 … as well as of the less-populated suburban areas. 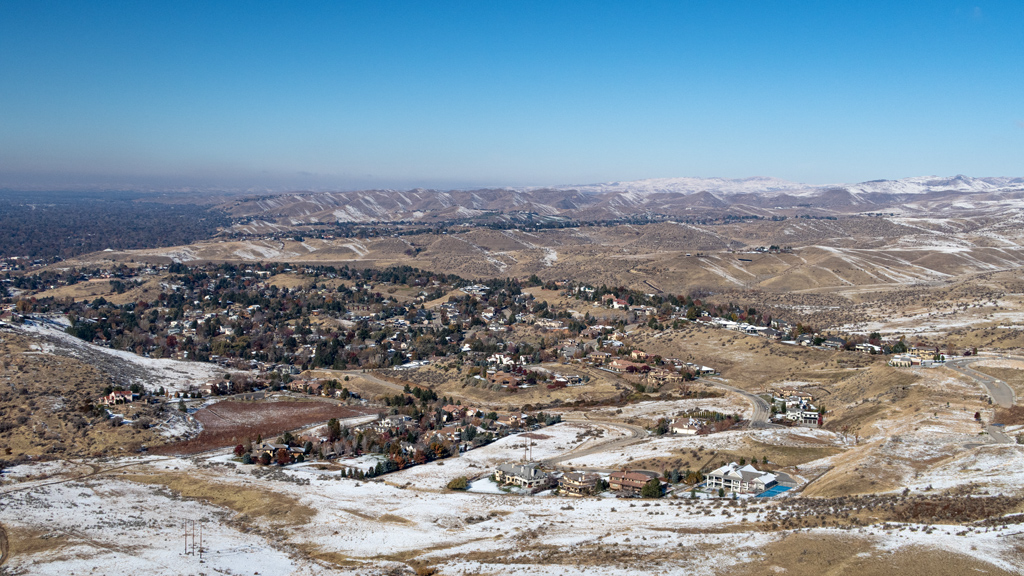 As I’ve come to see relatively frequently from hikes like this, Table Rock also had some radio towers at the top. I’m not an expert on communications equipment, but I think those towers with the white semi-cylinders might be 5G transmitters. 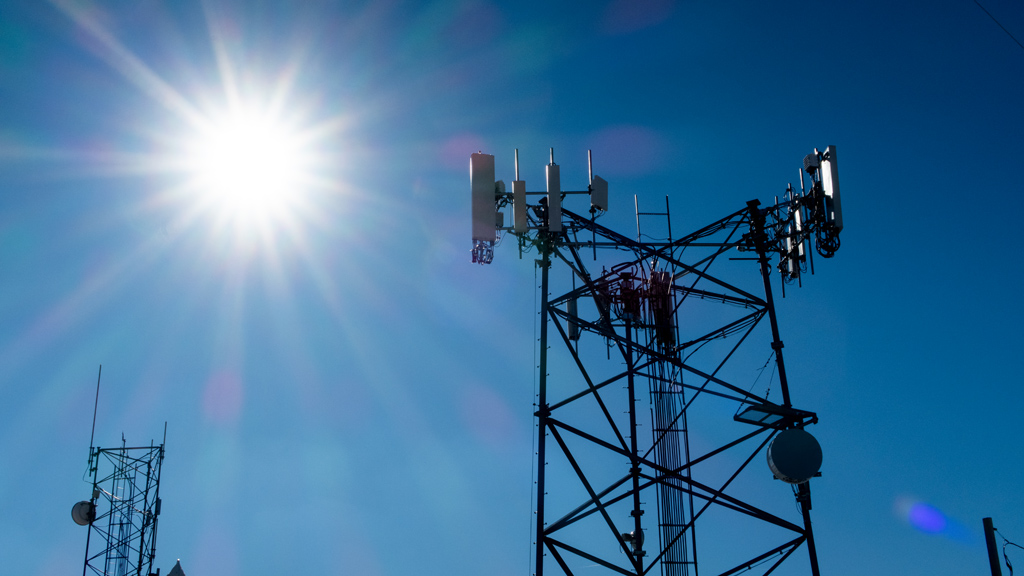 Also at the top, there was quite a bit of graffiti on the structures surrounding the radio towers. A lot of the graffiti were just markings and symbols, but there were also some nice mural art pieces as well. 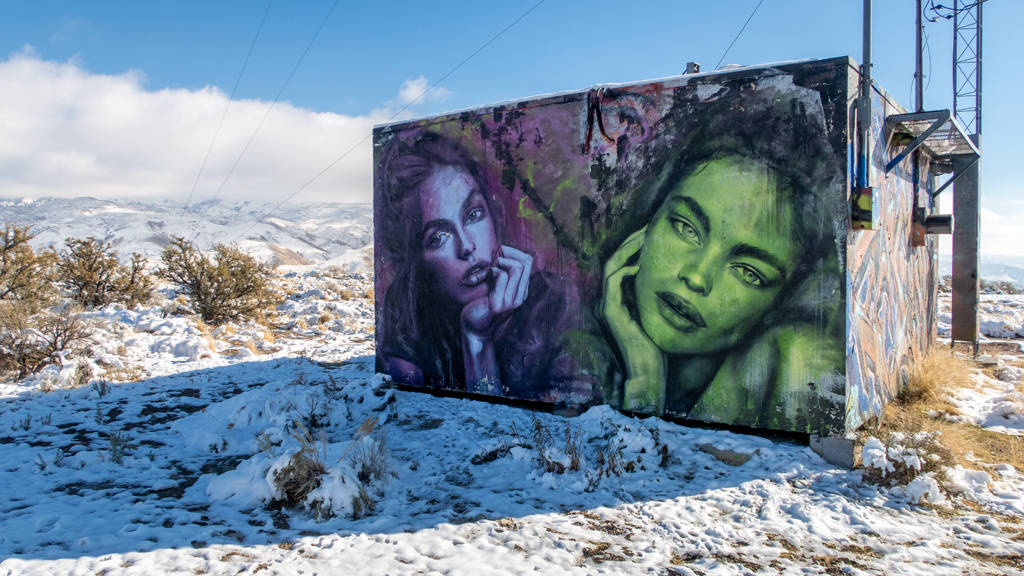 I kept walking past everything and made my way to a clearing that showed a nice view of the scattered homes and mountains towards the northeast. 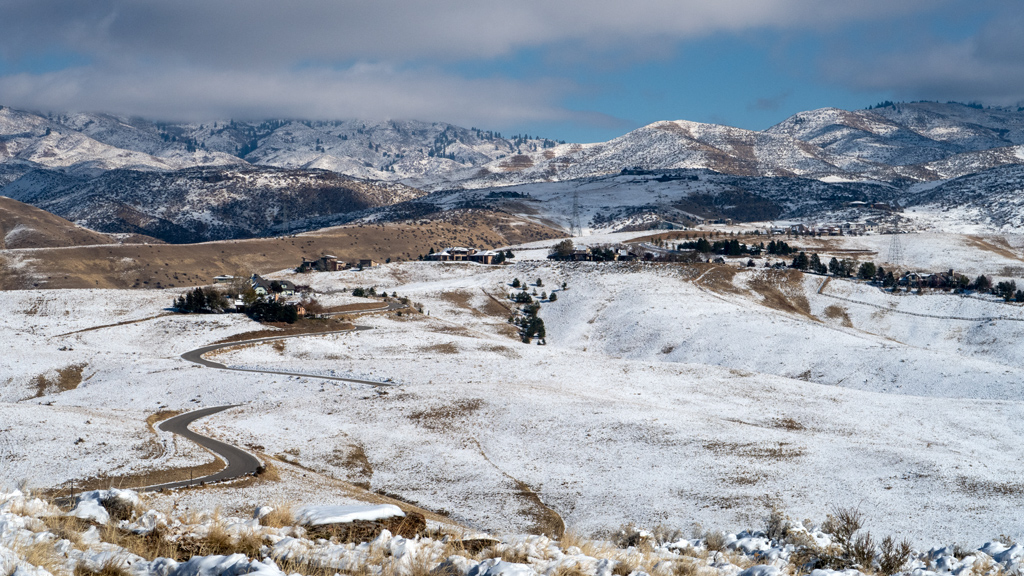 After taking in all the sights, I started walking southeast on East Table Rock Road, which seemed like it was a road that had originally been designed for motor vehicle traffic but has since been blocked off. At first, I didn’t see where the road connected back onto Table Rock Loop, so I walked over a barrier and kept proceeding on the road… until I saw signs stating that I was entering a federally-regulated mine and that trespassing was prohibited. 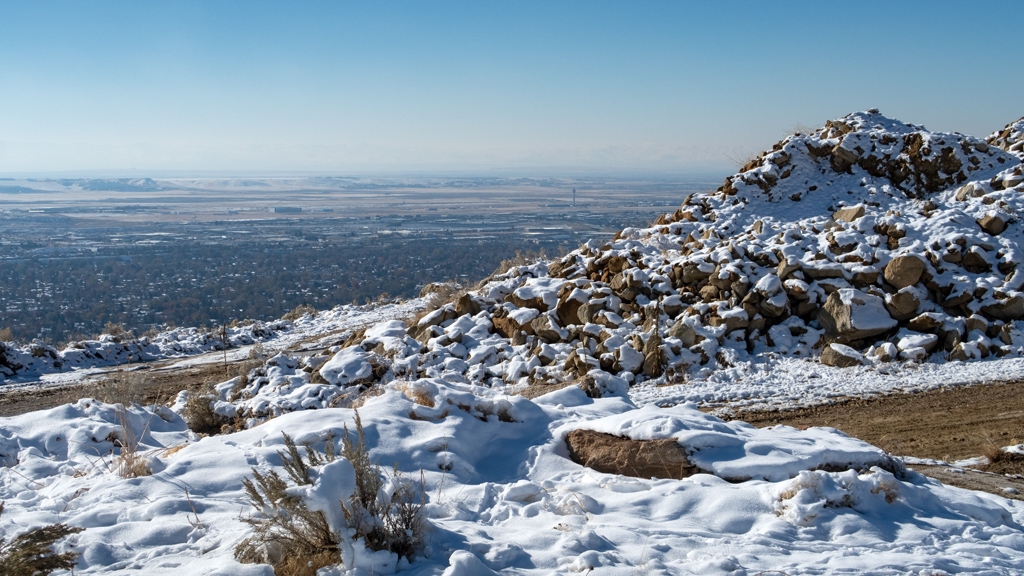 After retracing my steps, I found the proper walking trail and continued through the most treacherous part of my hike. Because this side of the mountain was shaded from the sun, there was still a lot of snow and ice obscuring and covering the trail. That, mixed with a lot of elevation change in a short dis­tance and cliffs with sharp drops, and I had to tread carefully as to not go plummeting to my death. 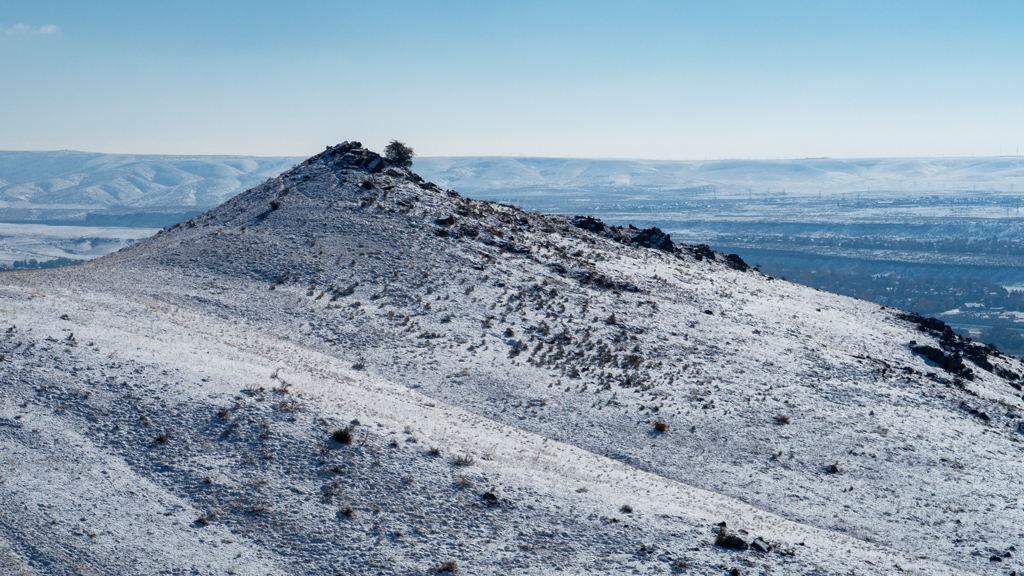 After managing to complete that portion alive, I connected onto Table Rock Quarry Trail, which was my favorite part of the hike. As you’d expect from the word “quarry” in the name of the trail, this area was very rocky and terraneous. There were huge rock formations engulfing the northern side of the path, making for a very interesting experience. 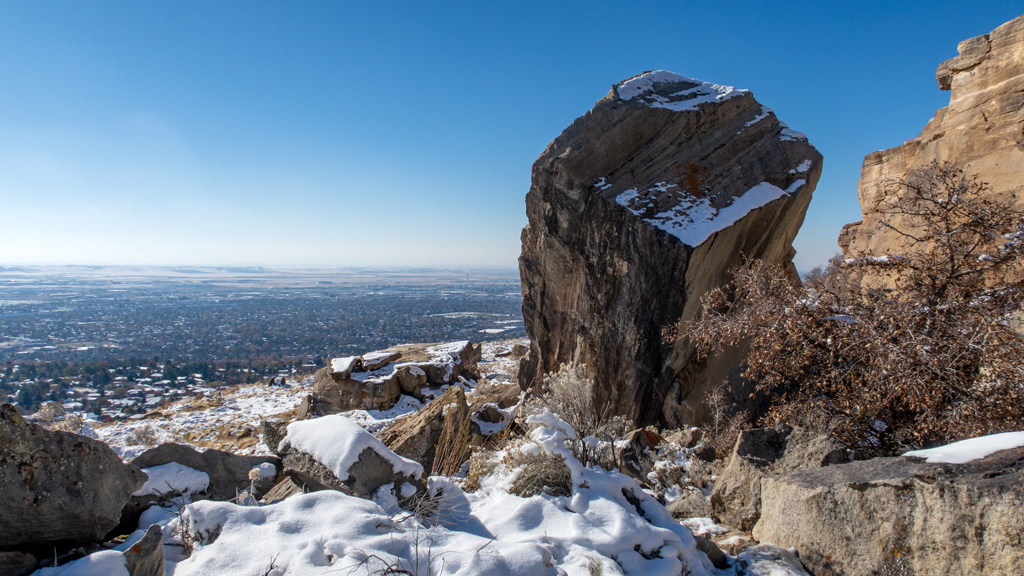 On this path, I also came across a small structure nestled inside the ground. I’m not sure what it is or how it got there, but I decided it was interesting enough to snap a photo. 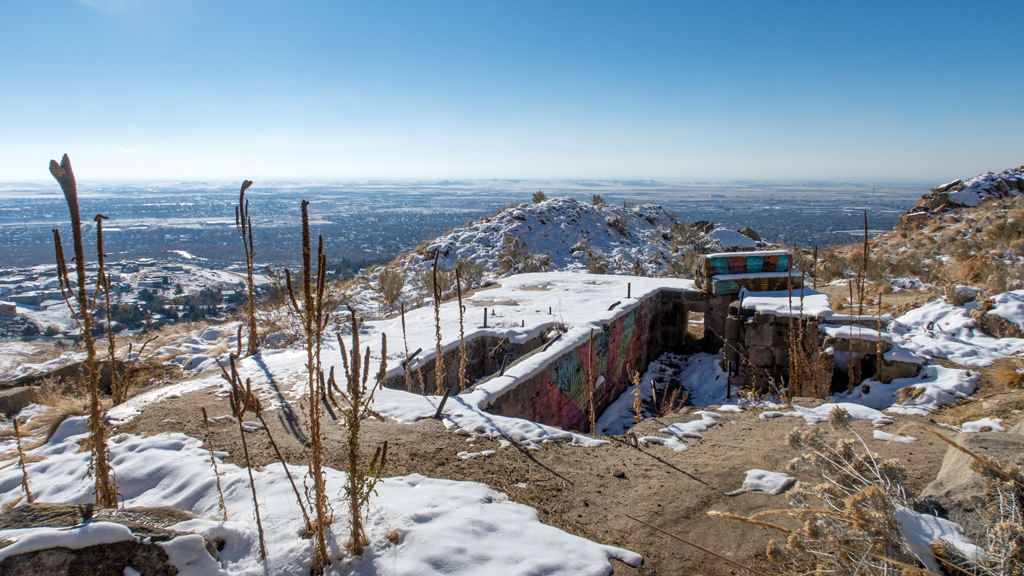 On the south side, there were unobstructed views of Warm Springs Mesa, which appeared to be an affluent neighborhood off East Warm Springs Av­e­nue. 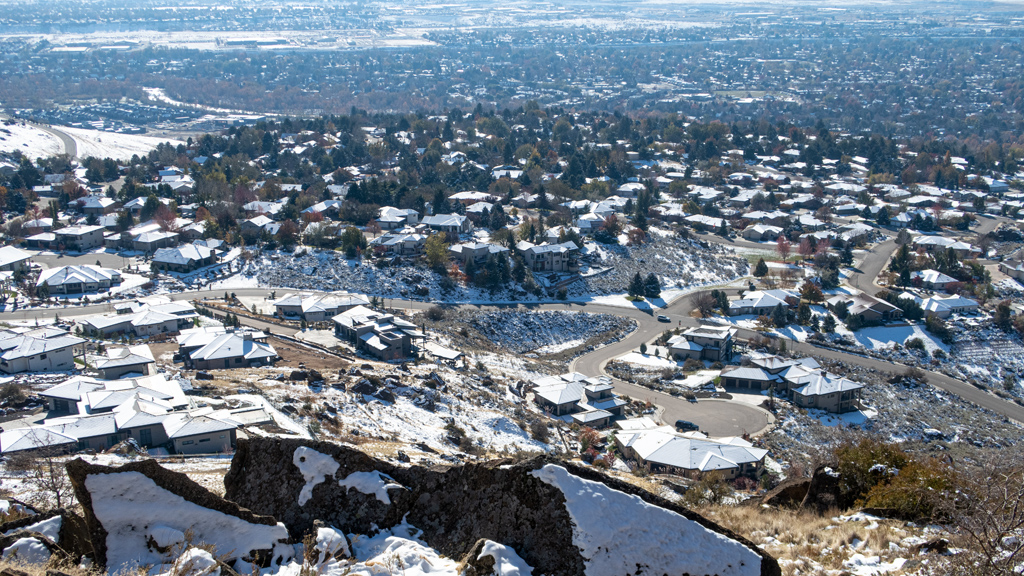 On my way down, I continued descending on Table Rock Trail instead of going on Old Penitentiary Trail at the Y-intersection like when I came up.

While I was ascending, the weather was in an awkward spot where I was sweating under my winter coat, but it was still too cold and windy to take it off (though this problem went away after I had reached the summit and while I was descending). If you’re in Boise and are fit enough for this hike, I definitely recommend it—I found it to be very refreshing, and because of the shape of Table Rock, it allows for sweeping, panoramic views in all di­rec­tions if you walk around in a circle.