Since starting my road trip and living out of hotel rooms, I generally roam around to wherever has the most affordable hotel rates. This methodology recently brought me to Everett, Washington, a city inside Snohomish County on the northern end of the Seattle Metropolitan Area.

For one of my tourist activities, I decided to explore Jetty Island, an island about a thousand feet (a little over 300 meters) off the coast of Everett. Jetty Island is a popular tourist area, and it recently opened up for tourism via the passenger ferry. 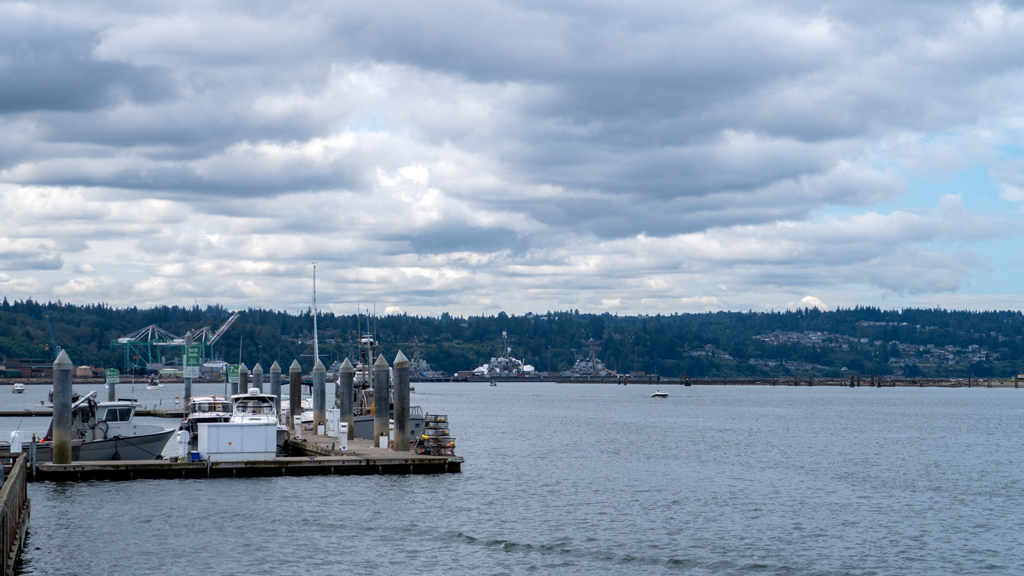 After parking my truck at the lot, paying a few dollars for the ferry ride, and making it onto the island, I started my hike by heading north. 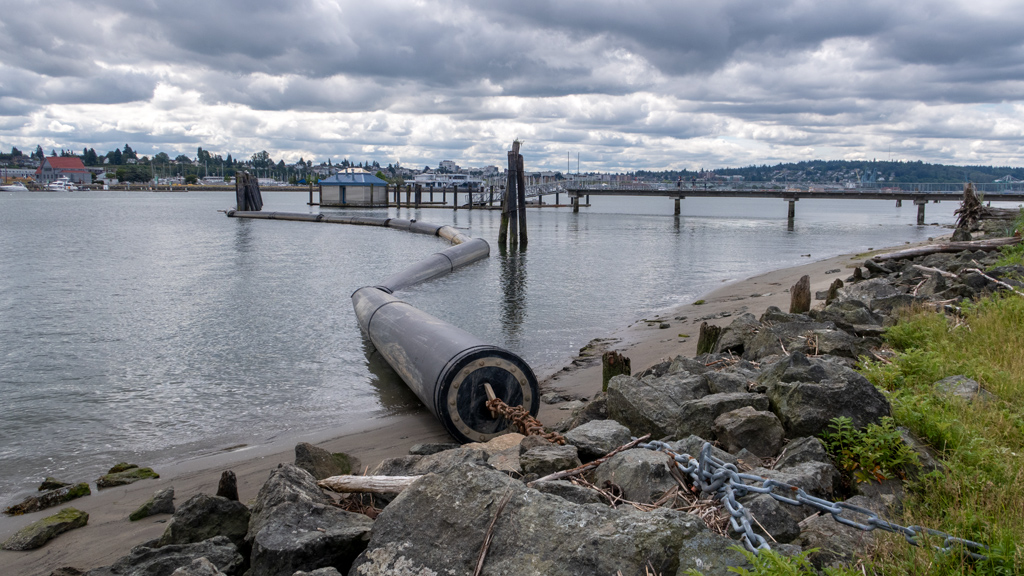 There was a short trail that had been cleared, but in general, hiking was fairly difficult because I was part of some of the first batches of tourists arriving on the island for the season. I ended up being one of the trailblazers flattening wild grasses under my feet to form a path, or climbing up fallen tree trunks in areas where the grasses were too tall. 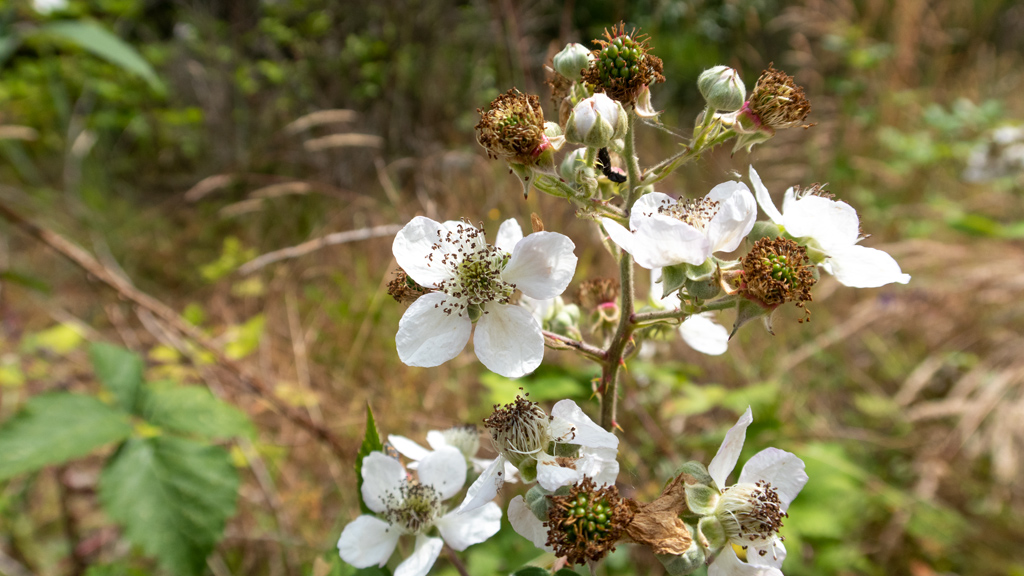 Continuing off the path and into deeper vegetation led me to a swampy area. 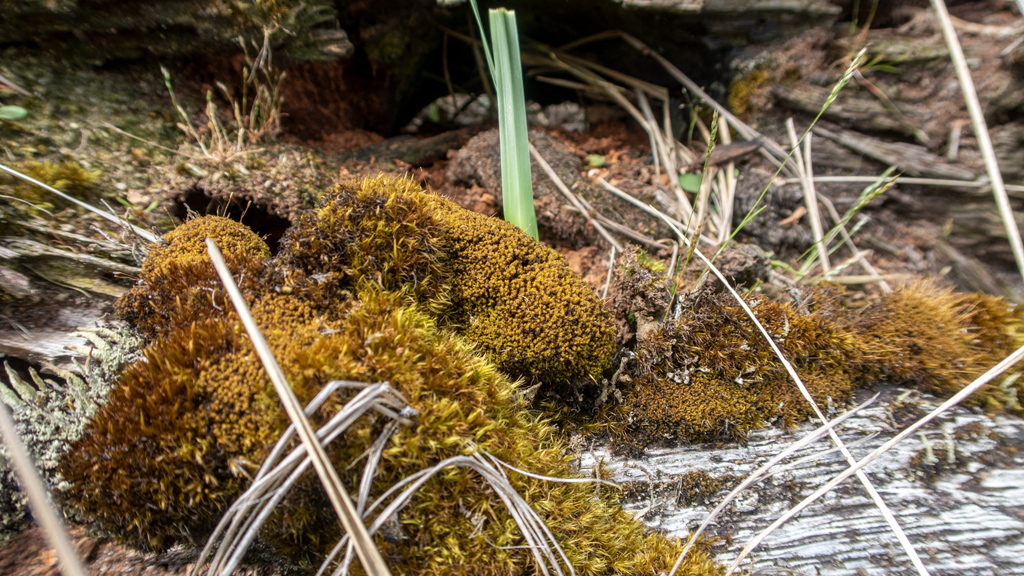 Eventually, it became a bit unmanageably muddy and difficult to proceed, so I retraced my steps for a little bit, then started heading towards the beach. 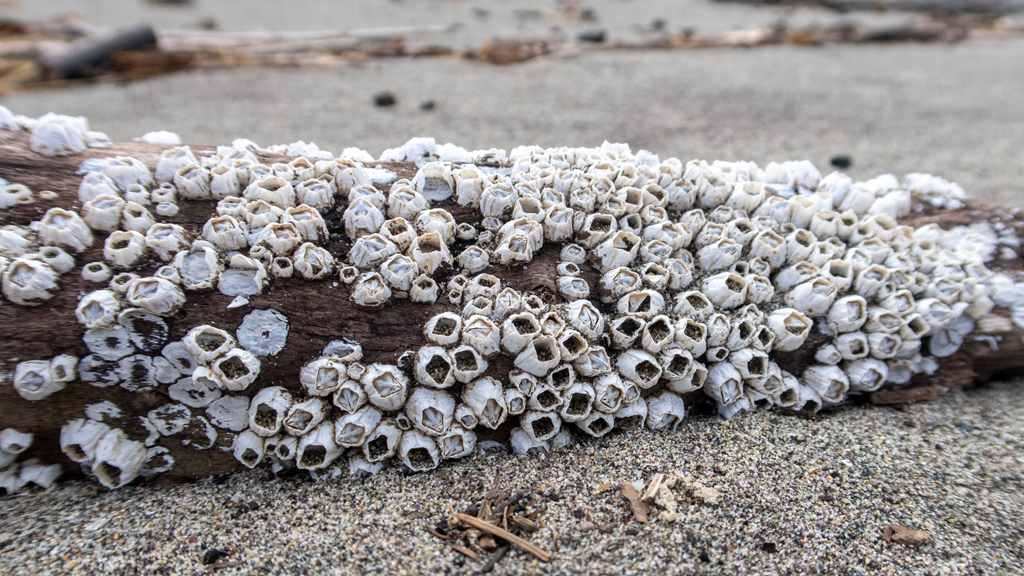 On the beach, I saw some sea foam that was a lot more colorful than I’m used to seeing—it was a rich tan color, as opposed to off-white like I’ve seen before. 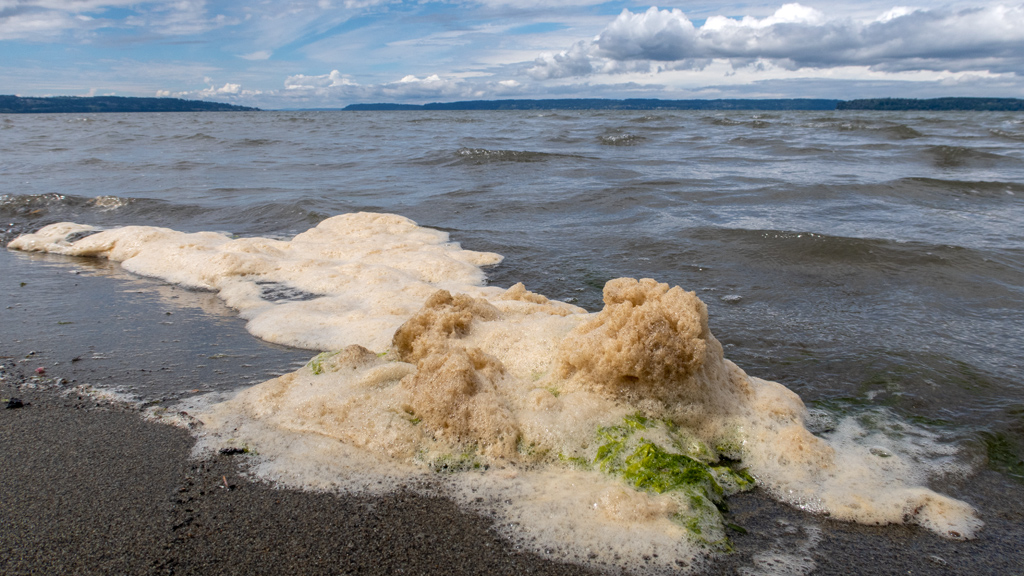 The shoreline also had a lot of random tree stumps. 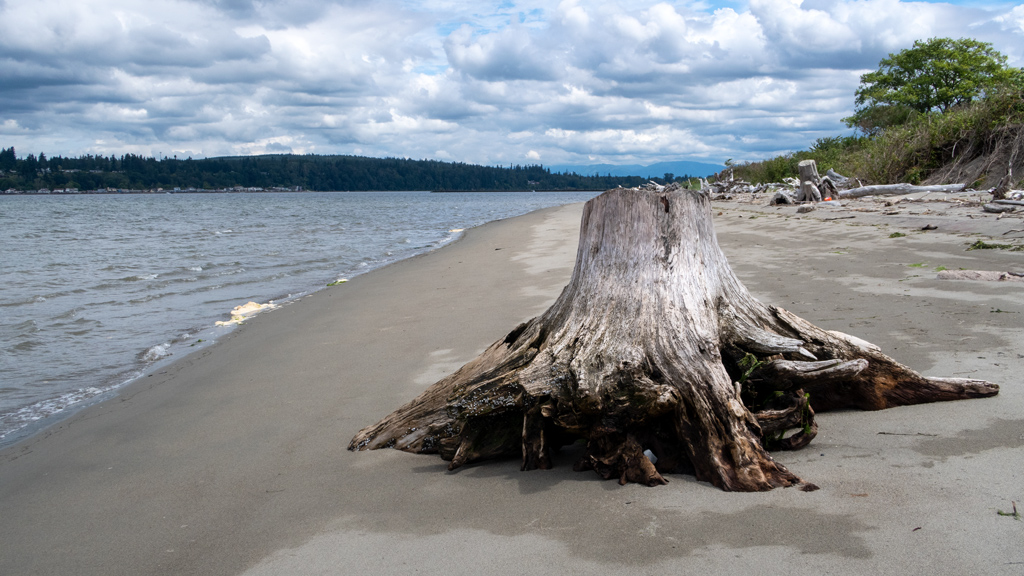 As expected, there were also plenty of shells. This one had an ornate, purple, stone-like substance on the outside. 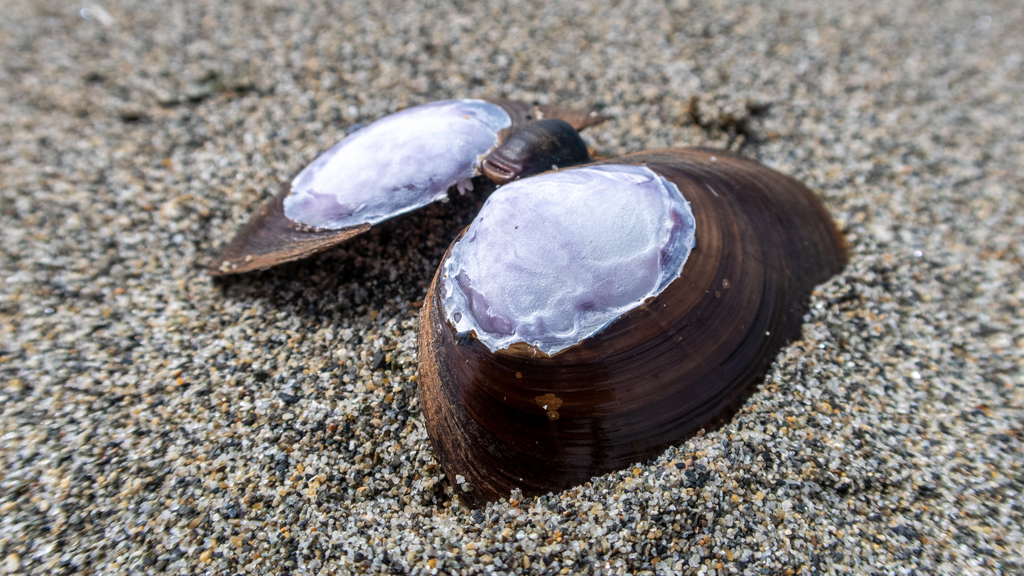 I eventually made it to the northern tip of the island, where I saw a flock of seagulls perched on some rocks. 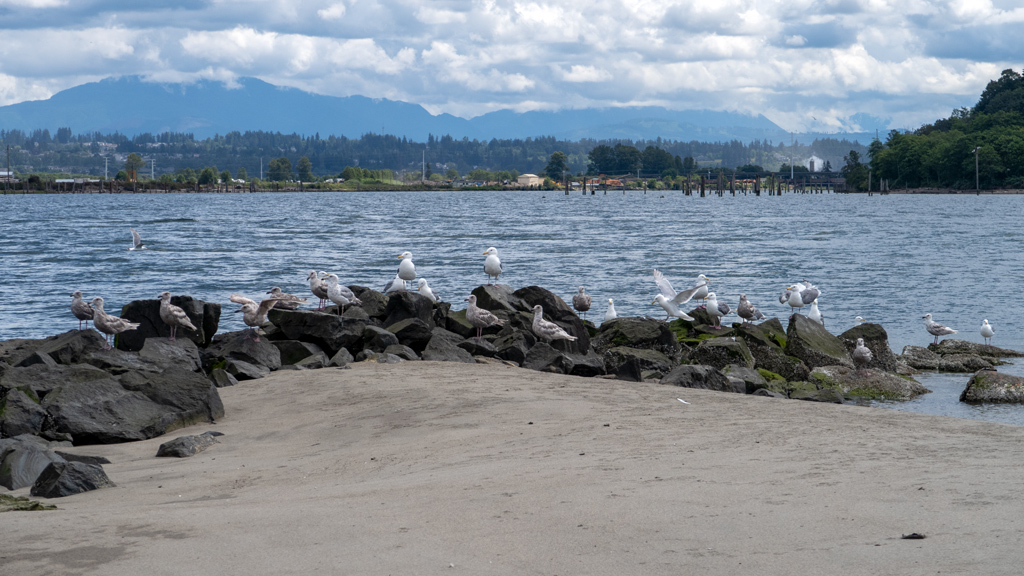 After looping around and continuing on the east shoreline, I saw more seagulls, and even a few seals. 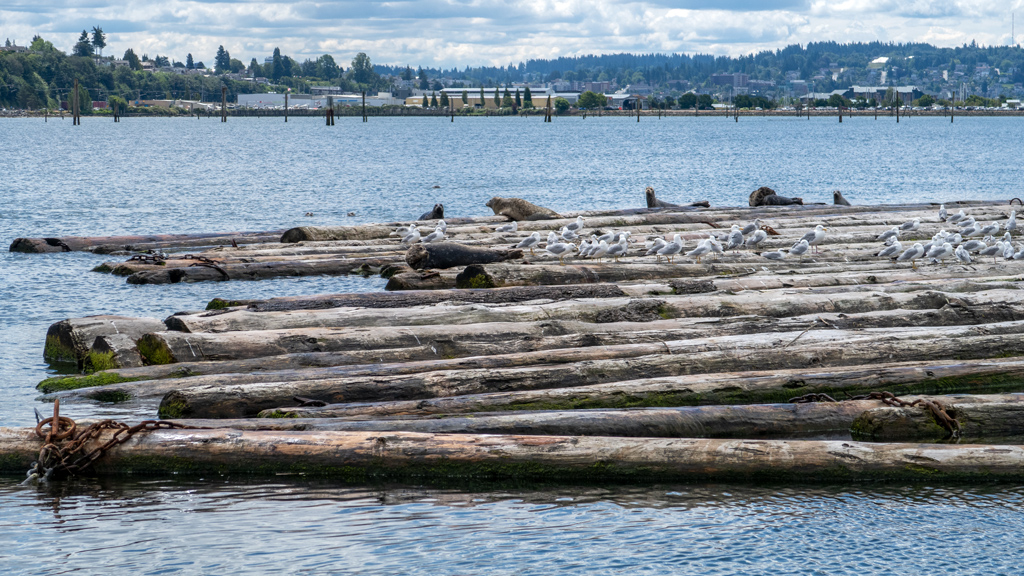 There was a row of rocks surrounded by upright logs; I’m not sure if this was intended to be a path at some point, but the rocks seemed far too slippery to be reliably safe, so I continued trailblazing through the grassy area. 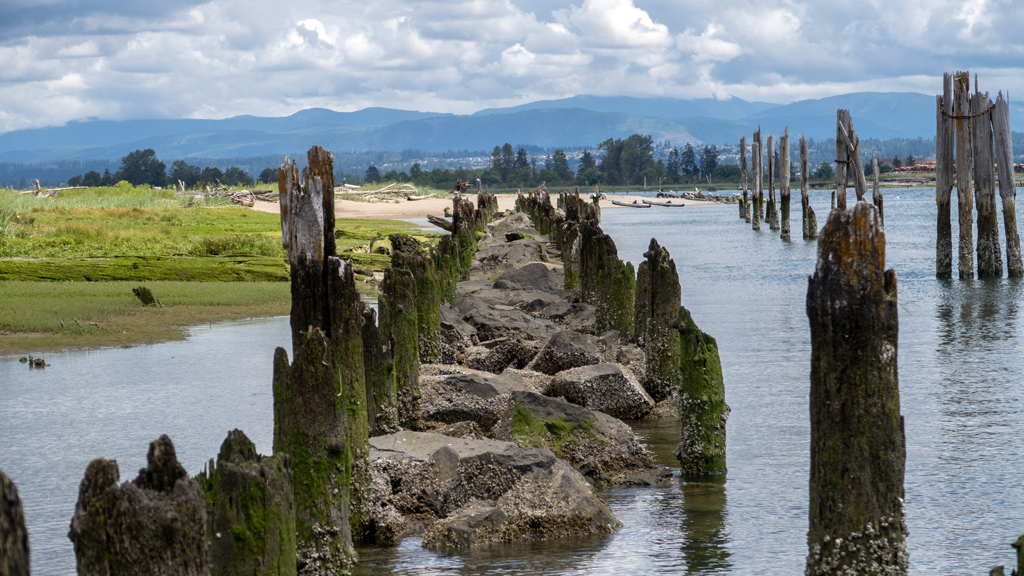 I have pretty bad eyesight, so I didn’t realize this at the time, but when I was browsing through the photos I took, I noticed something in the corner. Upon zooming all the way in, I discovered a colony of seals poking their heads out of the water. 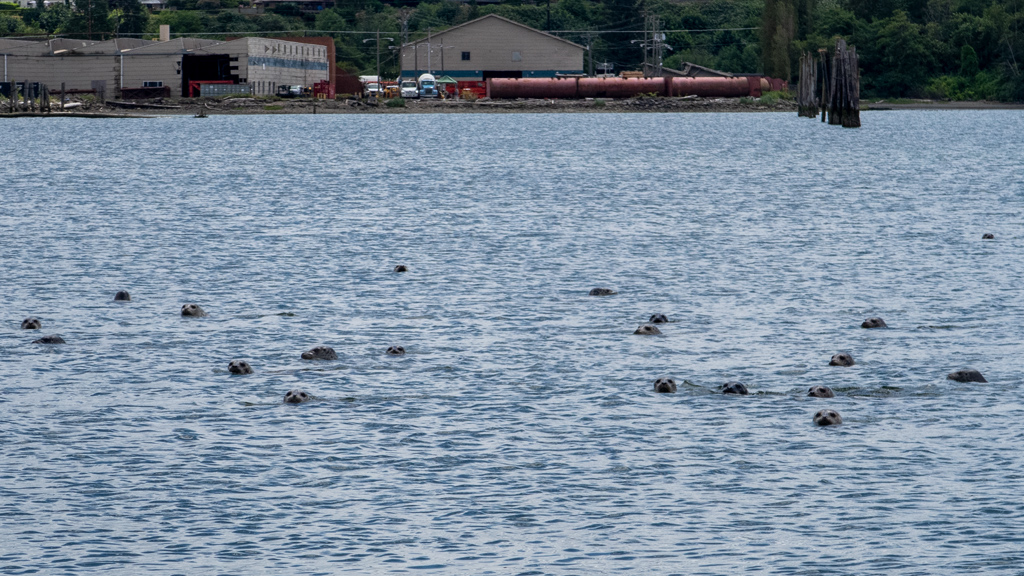 Jetty Island is known for being home to a lot of bird species, so I saw a lot of loose feathers lying around. I came across one that was sticking upright out of the sand, which I found intriguing, so I reached down and picked it up… then proceeded to immediately regret doing so. I stabbed it back into the sand and took a picture of it, pretending like it had never left the ground… 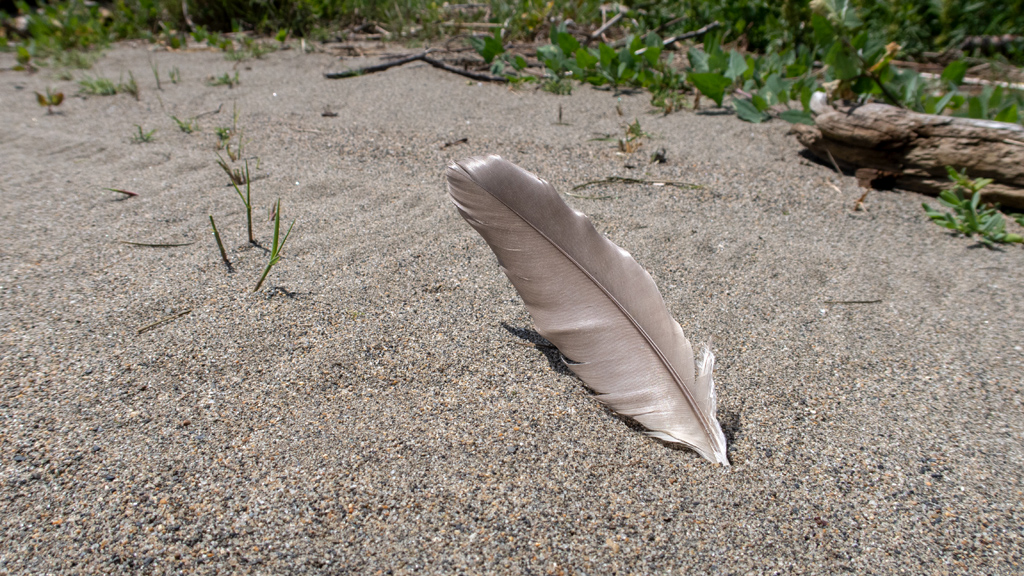 After making a figure 8 and making a long trip down the west coastline, I walked past the more popular beach area, then came across a flock of geese taking a dip in Possession Sound. 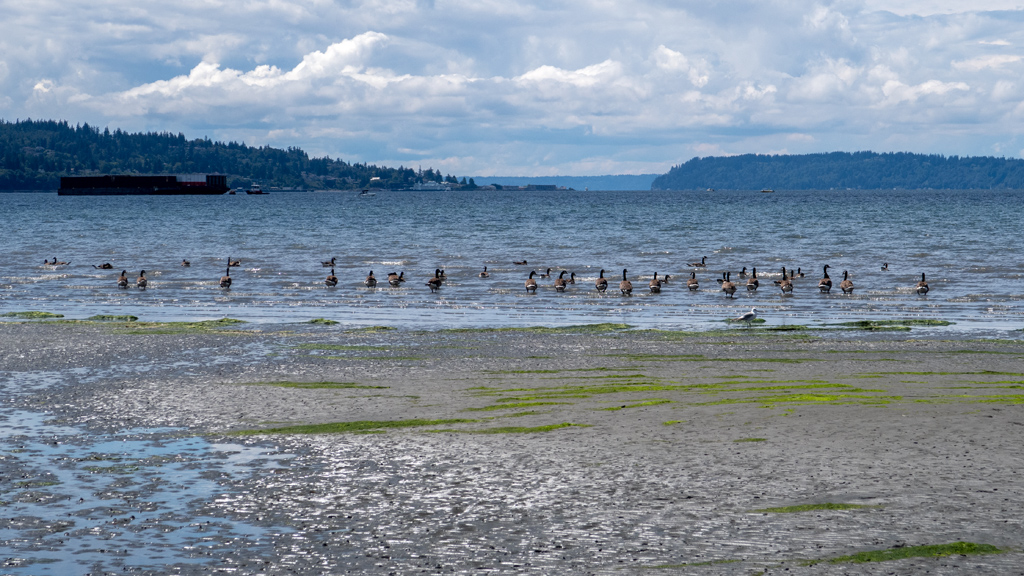 Even further south, I noticed a wrecked and abandoned ship. 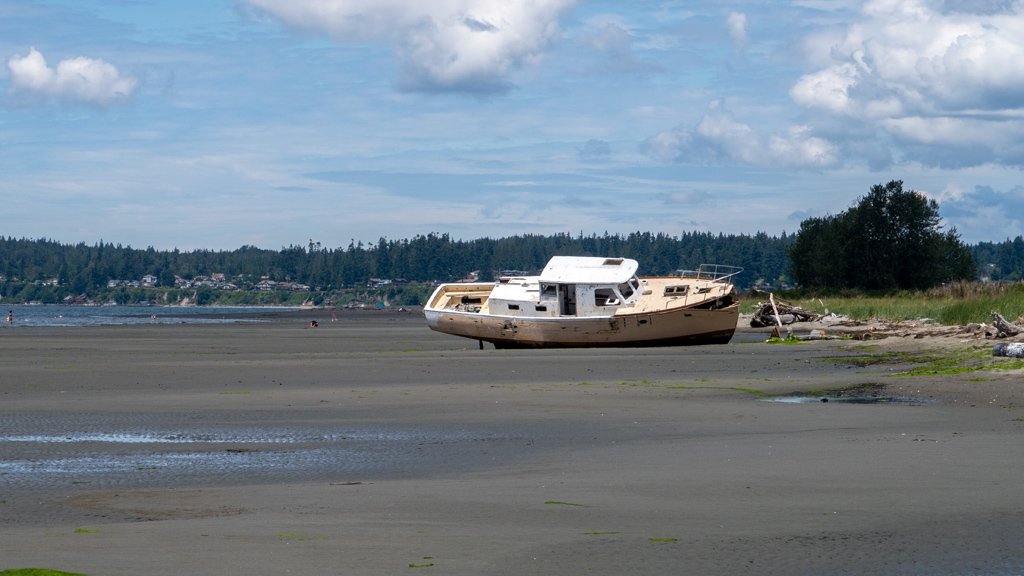 Eventually, I made it all the way to the southern tip of the island. If I was a risk-taker, I could’ve continued further south on the tree trunks and rocks, but after slipping and falling on rocks at Sacred Cove Beach in Rancho Palos Verdes, California earlier this year that left me with a painful bruise that lasted months, I decided that just taking a picture would suffice. 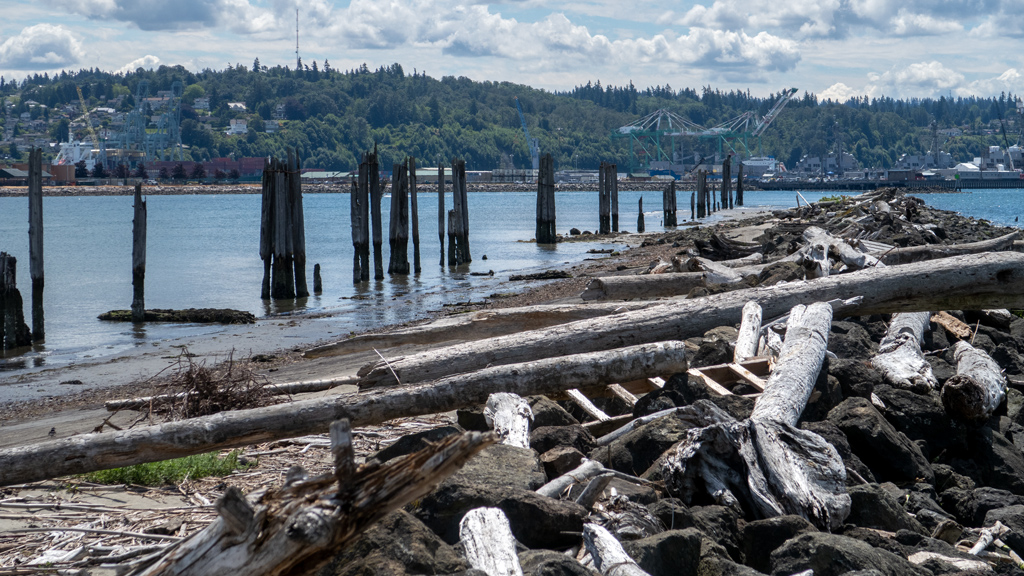 This southern tip also had a lot more algae than other areas of the island. I found it very intriguing that algae in moderate volumes would make it look goopy. 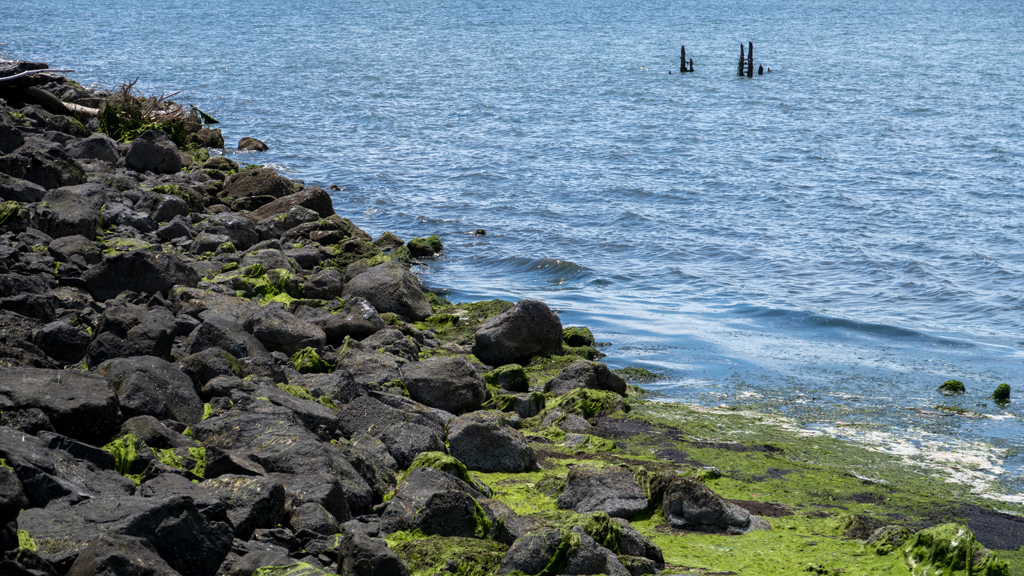 Overall, my adventure across the island was a little over four and a half miles (7.39 kilometers) and took over 2 hours due to taking many stops from photos and navigating carefully through the wilder areas. If you like exploring nature, this is a great trip that you can knock out in one day.

If you just want a day to relax, there is a nice beach not too far away from the ferry unloading zone where you can enjoy the sand and water. If you’re a bird­watching enthusiast, it is definitely worth heading to the northern part of the island, bringing a lawn chair or something to camp out, and watching all the interesting species on the island.