After visiting Canyonlands National Park, I went to the Arches National Park the following day on the other side of US Route 191.

Arches is actually the main reason why I wanted to go to Moab, and I was planning on spending two days at Arches (the day of check-in and the day of check-out at my hotel in Moab), but after I had my travel all planned out and scheduled, I learned that Canyonlands existed, so I split my Moab trip between the two national parks. This meant that I had less time to explore Arches, so I did a full scenic drive and did only a little bit of hiking spread out across the main hotspots.

I have so many photos from Arches that I don’t precisely remember where each one is from, but the route I took was Park Avenue Viewpoint, La Sal Mountains Viewpoint, Courthouse Towers Viewpoint, Petrified Dunes Viewpoint, Balanced Rock, and Salt Valley Overlook. 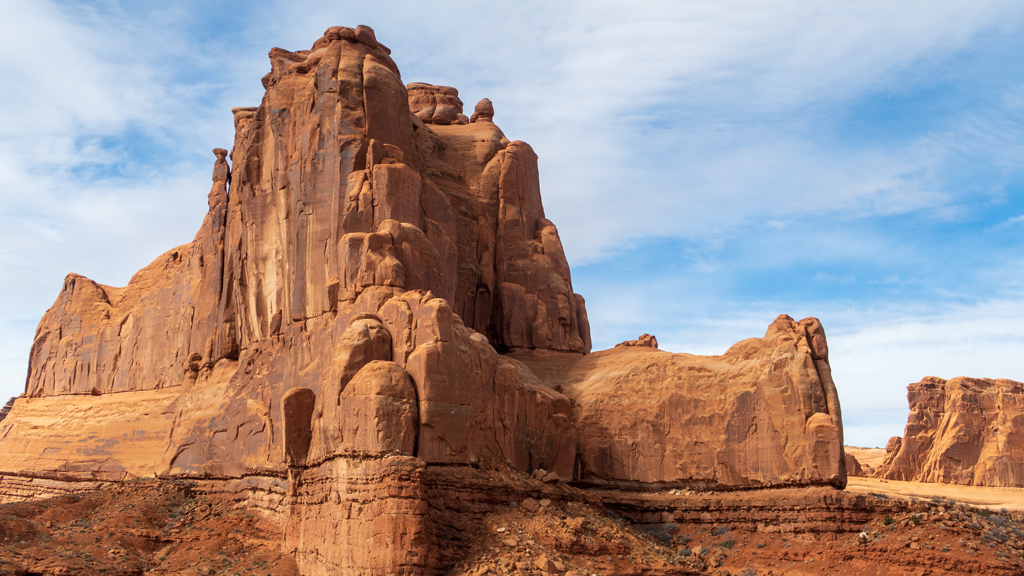 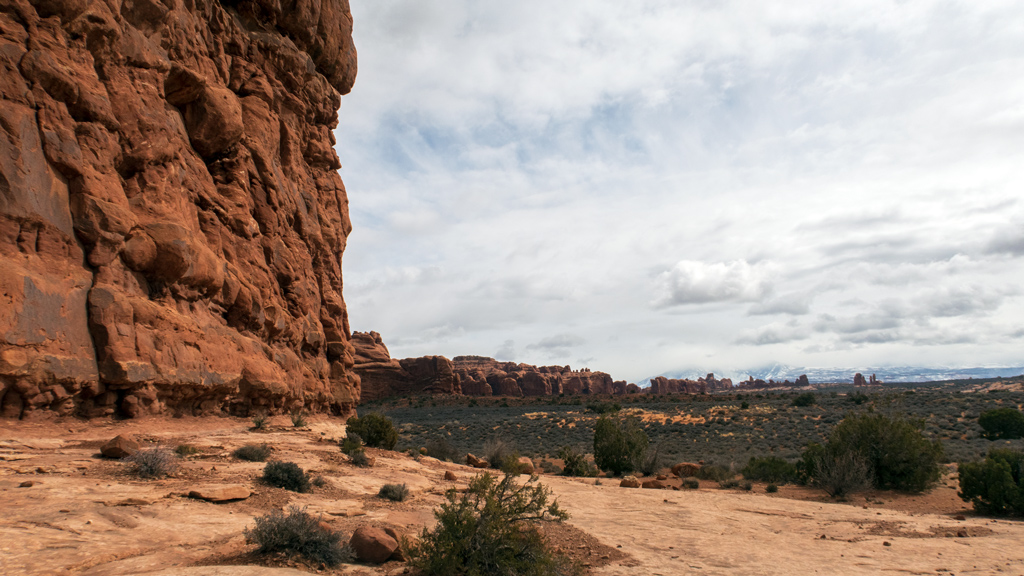 Afterwards was Fiery Furnace, the final stop before the end of Arches National Park Road. 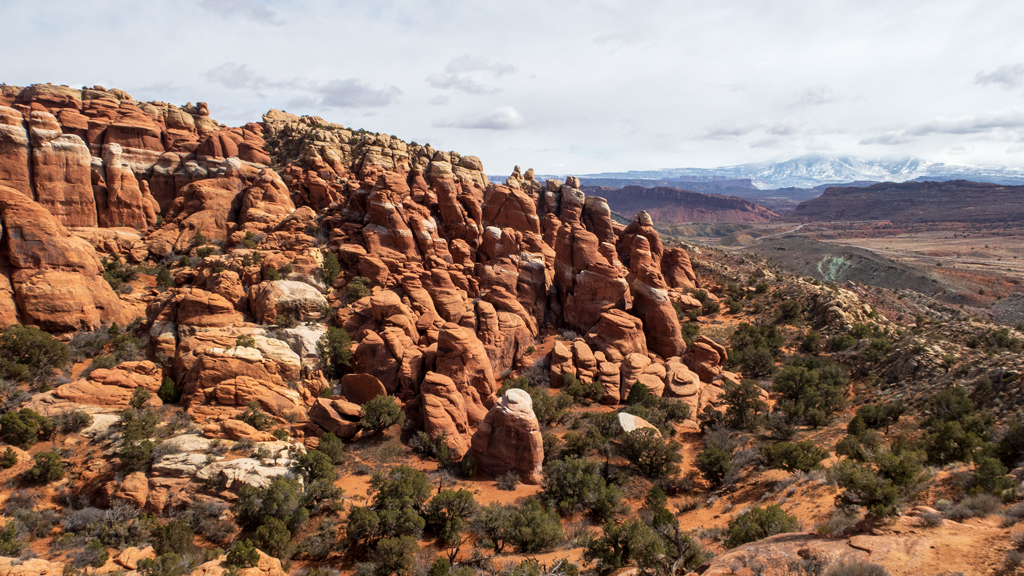 My original plan was to do the full Devil’s Garden Trail, which is just shy of 9 miles and over a thousand feet in elevation gain. However, because I con­densed my Arches trip to just one day, I did a much shorter version of the Devil’s Garden hike. 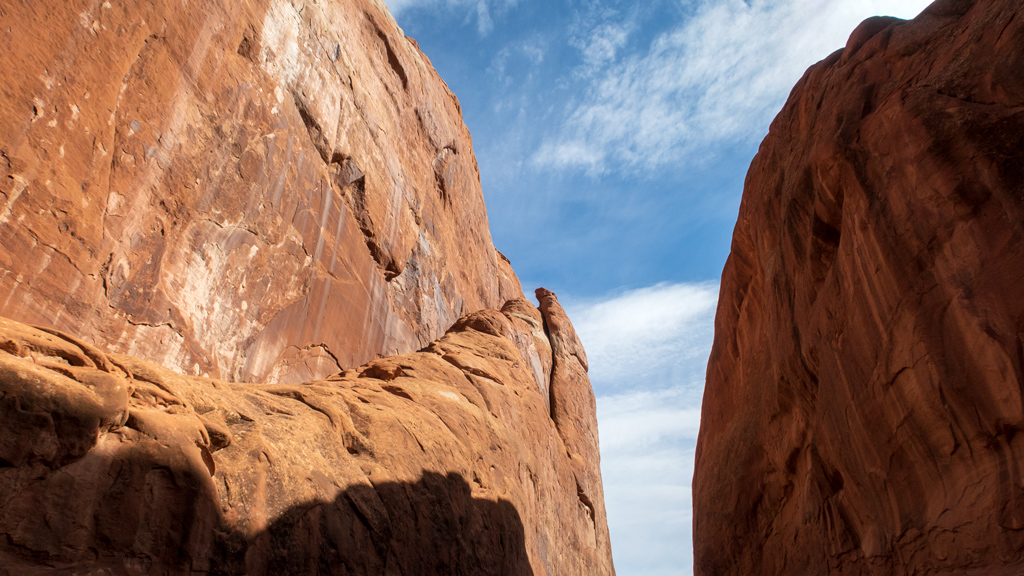 The first stop was Tunnel Arch. 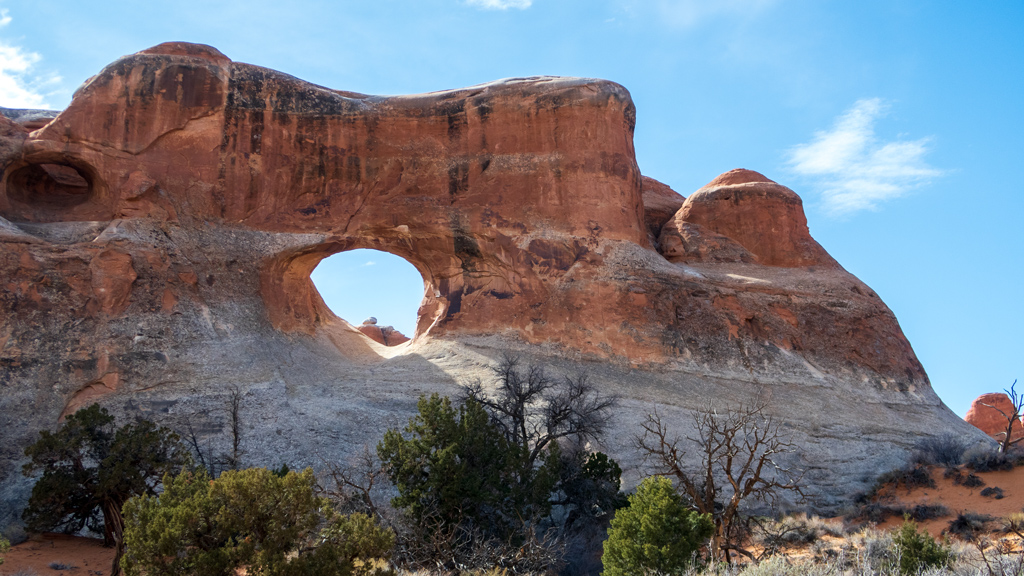 After Tunnel Arch, I hiked over to Pine Tree Arch, before turning around and heading back to the trailhead. 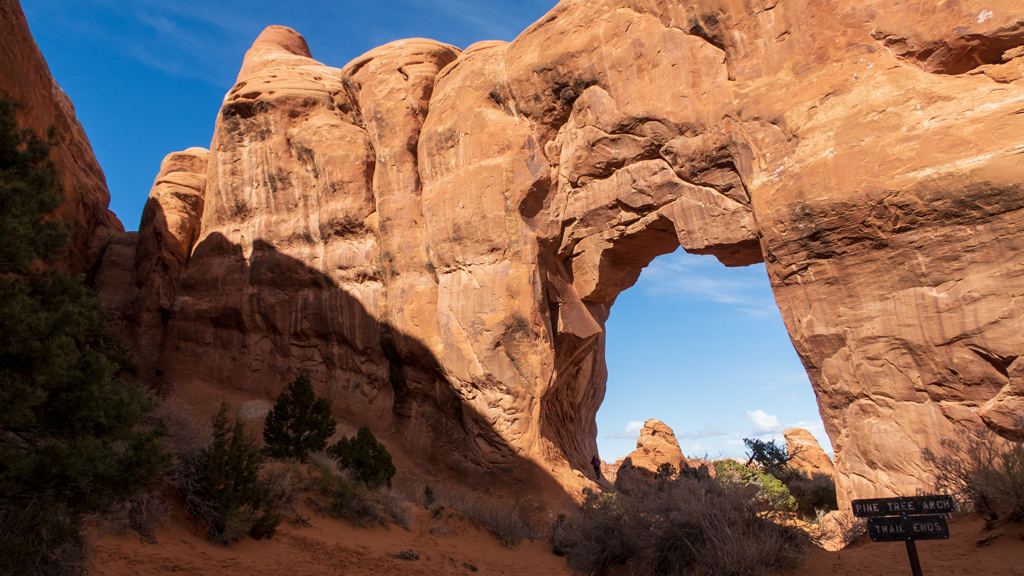 Even though Devil’s Garden is the end of the road, that wasn’t all—there are a few other side roads branching out from Arches National Park Road, which I checked out on my drive back to the entrance.

The first side road I took was Delicate Arch Road, which led to Wolfe Ranch and the Lower and Upper Delicate Arch Viewpoints. If I wanted to go see the Delicate Arch up close, I would’ve had to hike up there from Wolfe Ranch, but for the sake of time and energy, I decided instead to drive straight to the viewpoints. Some people were just satisfied with the lower viewpoint, but I climbed up to the upper viewpoint for a better view of Delicate Arch (though I wasn’t able to see the Twisted Doughnut Arch from that angle). 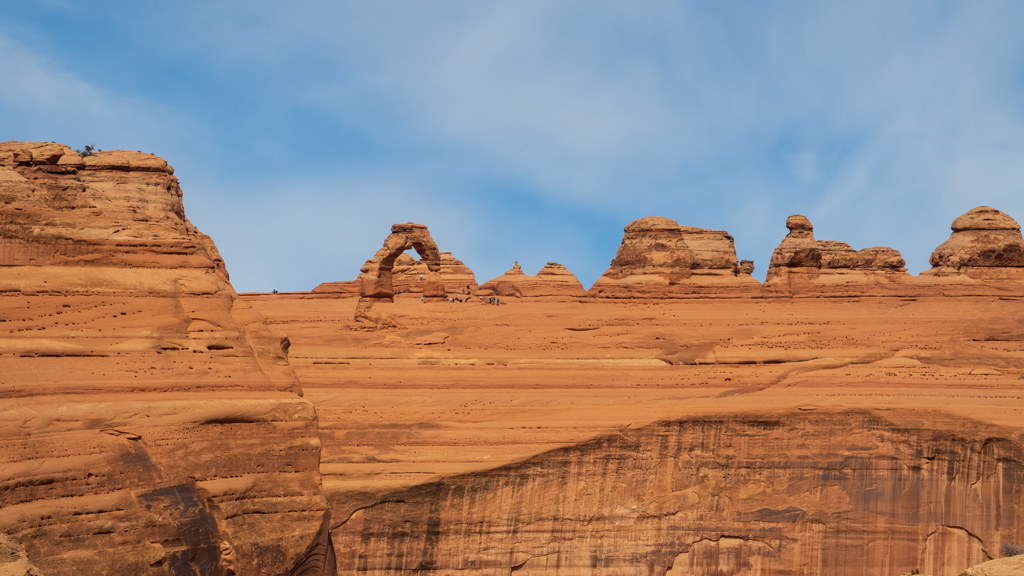 Upon retracing my path on Delicate Arch Road, I went further south and turned onto The Windows Road. The first stop there was the Garden of Eden.

I thought I heard voices coming from one of the freestanding rocks at the Garden of Eden. I have incredibly poor eyesight, so I couldn’t actually tell if there were people up there, but I snapped a photograph in that general direction and managed to capture some rock climbers. 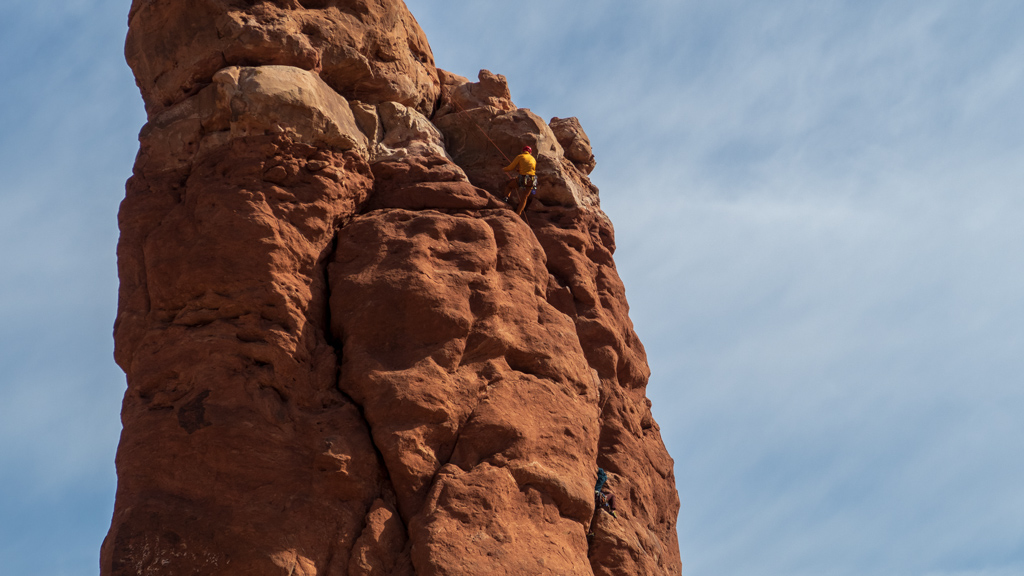 Next up, at the end of The Windows Road, was the Double Arch. 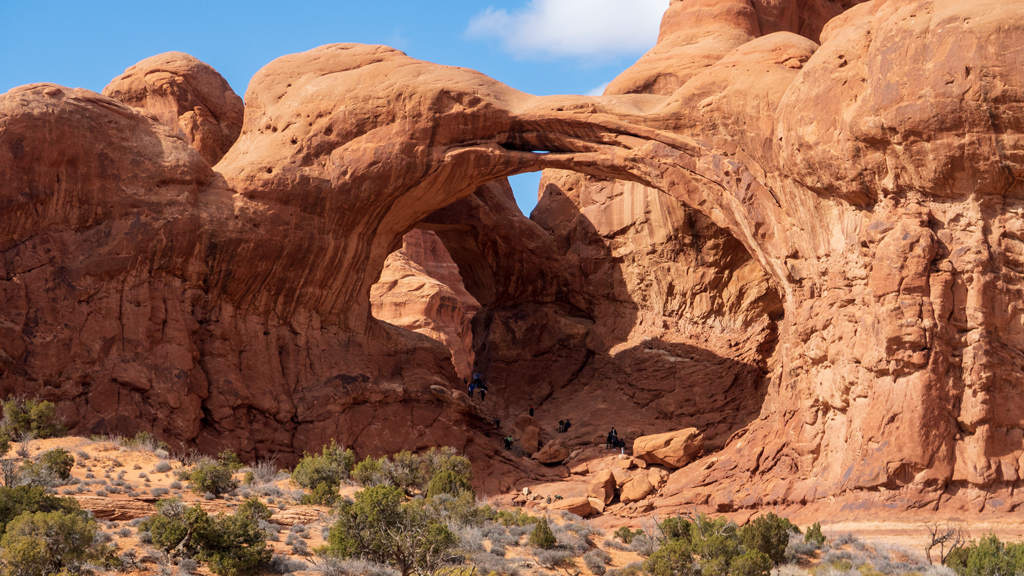 And finally, as you’d expect from the name of the road, the final landmark at the end of The Windows Road was Window Arch.

Compared to the chaotic and underwhelming experience I had at Zion National Park, Arches was much, much better. There were tons of places where people could pull over to the side of the road to take in the views, and it wasn’t massively overcongested (though I assume this is considered off-season, so it might end up getting worse over the summer).

I regret only booking one day in Moab, because I feel like I could’ve spent a full three days exploring Arches National Park and still feel like I only barely got to see everything.

Also, this might be a bit of an unpopular opinion, but I actually enjoyed Canyonlands and Arches more than I did the Grand Canyon. The Grand Can­yon is definitely an incredible national park, but unless you’re literally taking a multi-day trip to hike down over a mile in elevation to the bottom of the canyon and camping out, it’s a little difficult to truly grasp the massive scale of the Grand Canyon. Even though Canyonlands is far, far smaller than the Grand Canyon, I feel like it was easier to conceptualize—sort of like how a normal person can’t truly grasp how much money one billion dollars is, but most people know exactly how one million dollars can change their lives.

With that being said, Moab is definitely a visit-again destination. I’ve historically known Moab as the place people bring their pickup trucks for brutal off-road capability testing, and even though I haven’t really done much off-roading, it’s definitely something I would consider trying, if I ever purchase a proper vehicle (or, a more easier solution would be just to rent a proper vehicle).

And like usual, here are some below-the-fold bonus photographs for those who clicked through to continue reading (or for those who came straight to this page); the chronology of these photos starts from the entrance and follows the same route I outlined above: 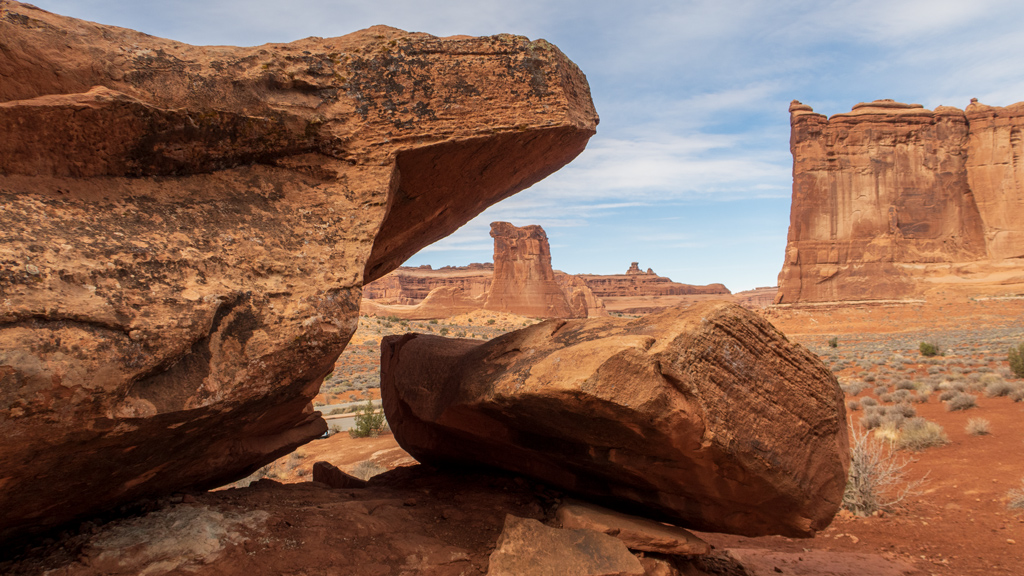 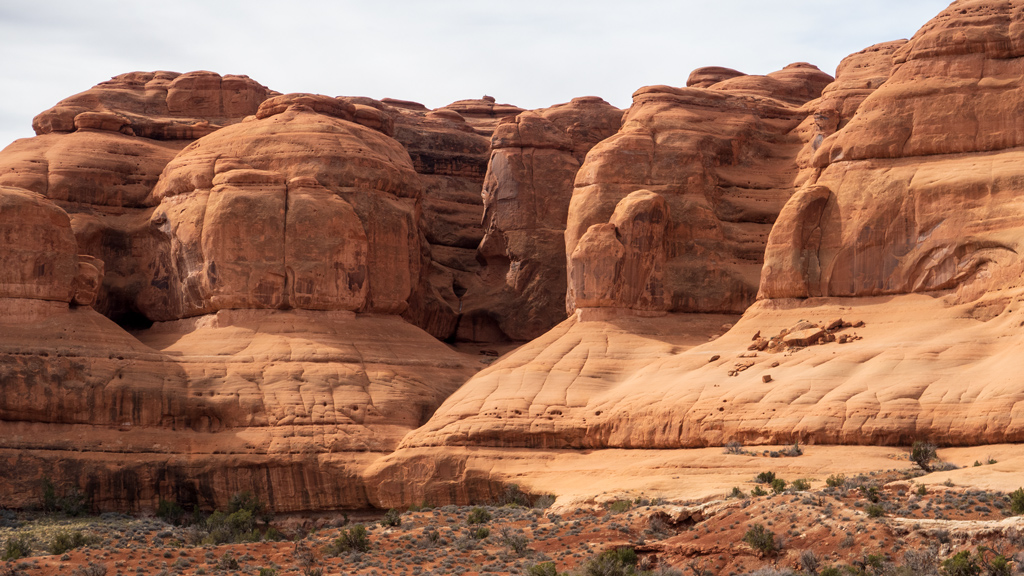 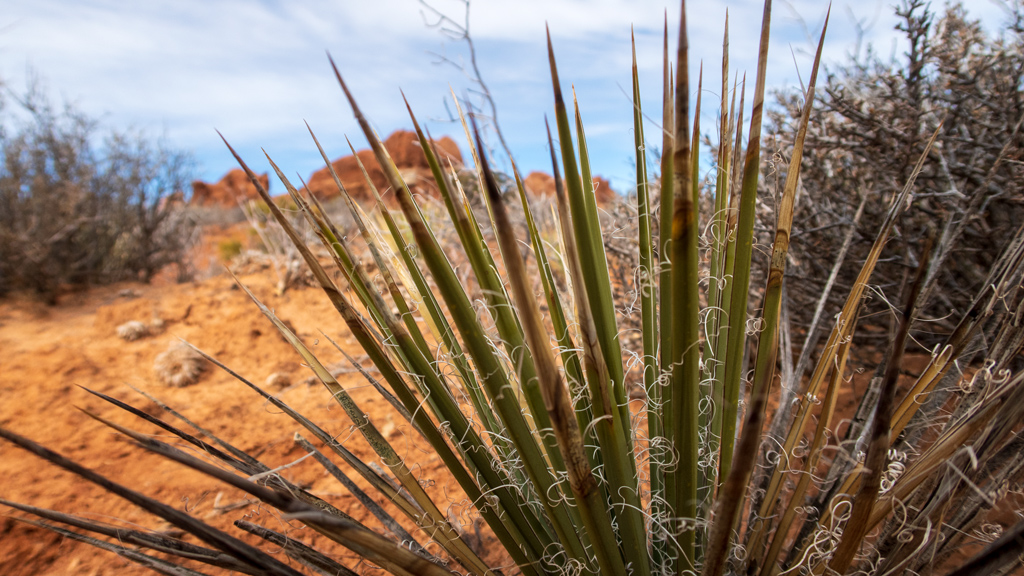 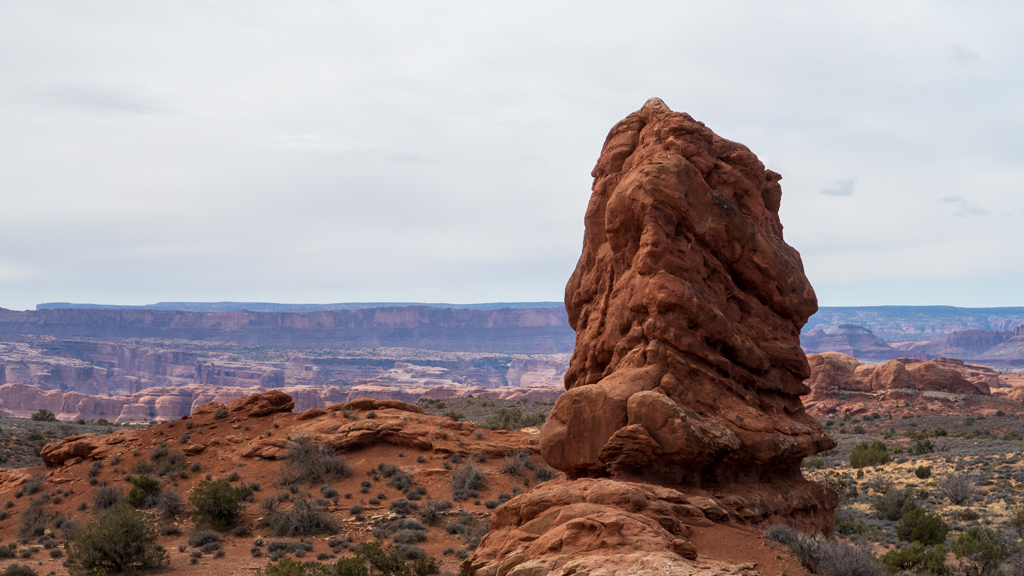 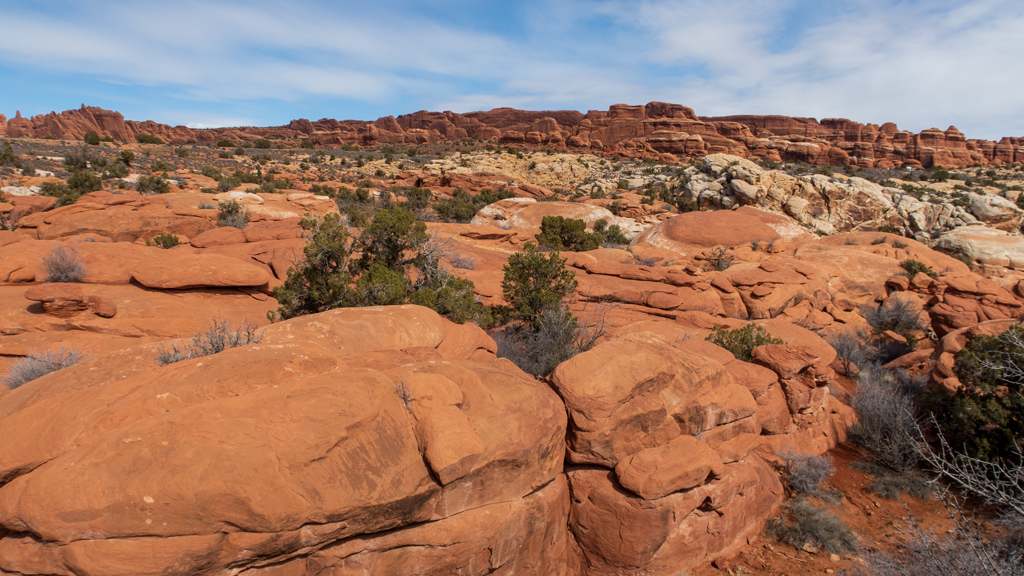 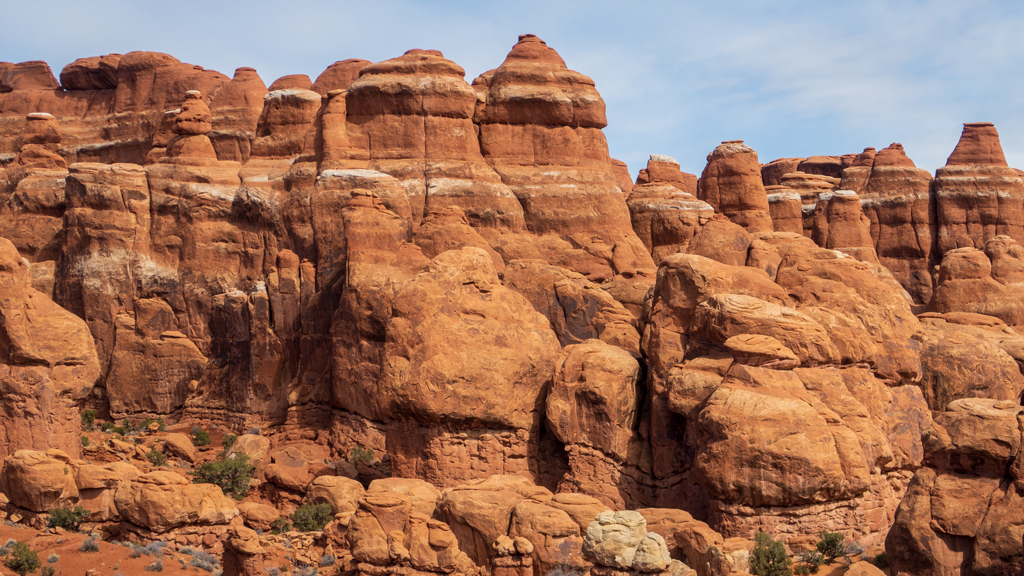 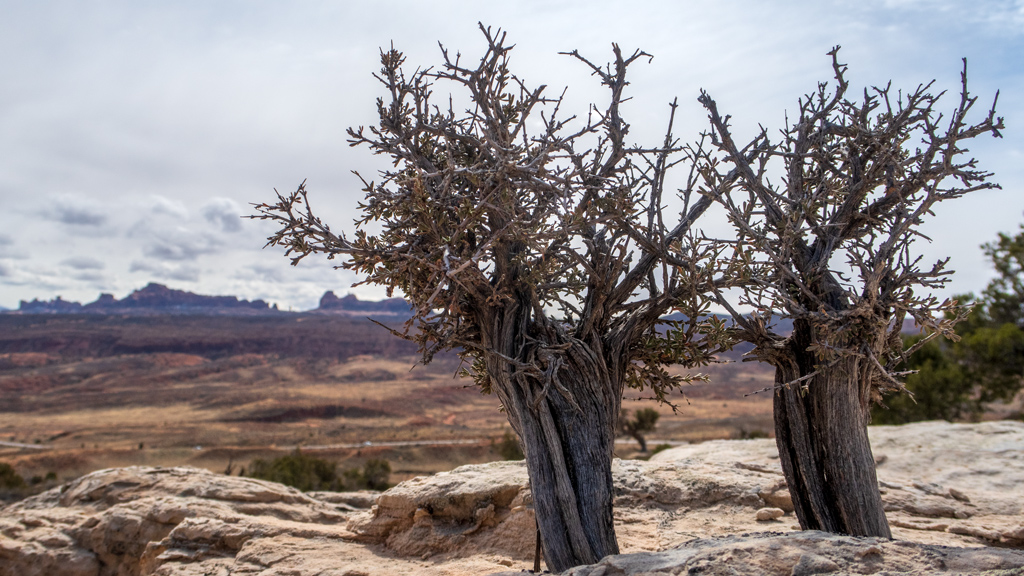 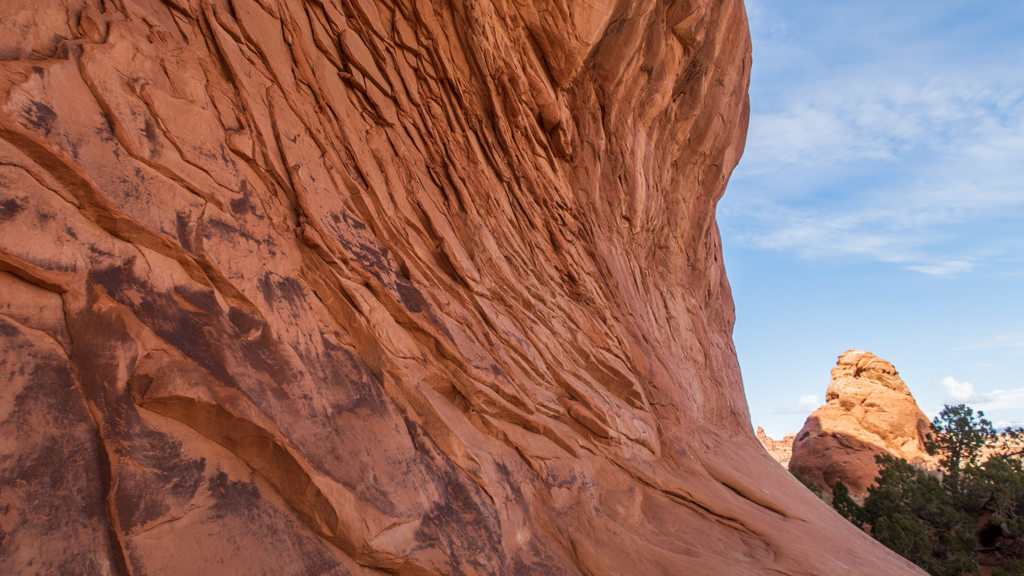 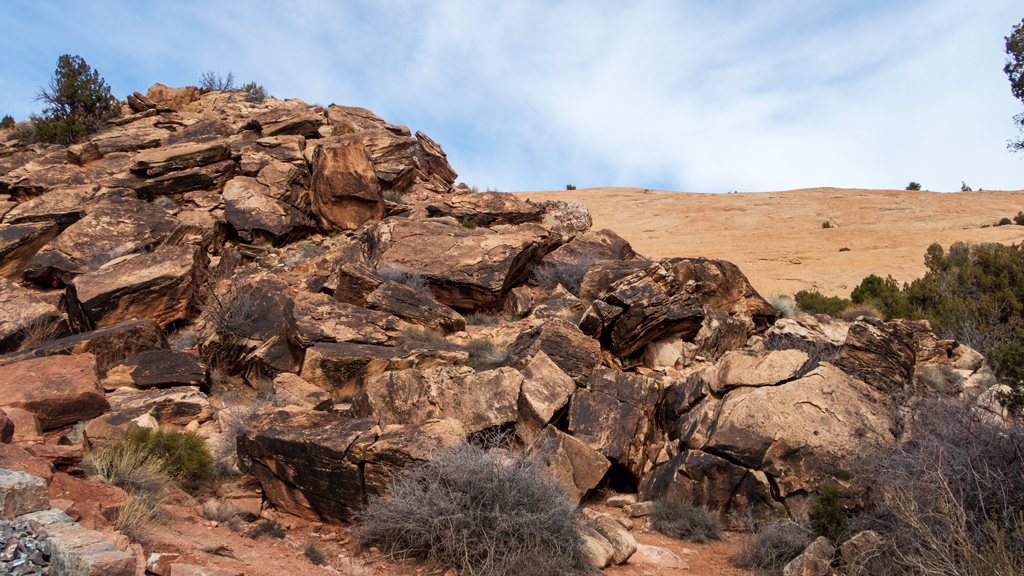 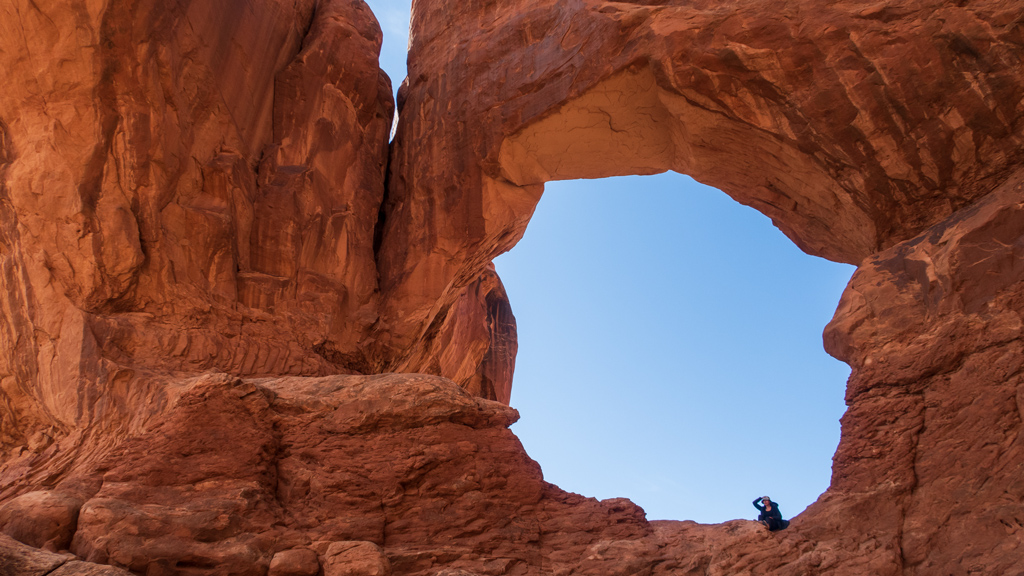