The first major stop of my road trip was at Zion National Park. After purchasing an interagency unlimited-use annual pass for US$80.00 for nationwide ac­cess to national parks, I routed my road trip path through as many national parks that I could reasonably visit to get as much value as I could out of my annual pass, and because I enjoyed my visit to the Grand Canyon.

The system they currently have for accessing Zion National Park is an absolute disaster, and I am tilted on behalf of the people who don’t have an annual pass and have to pay upwards of $35 to get in.

Similar to the Grand Canyon, Zion National Park usually has shuttle service that picks people up from large parking areas and brings them to hiking trails and other points of interest in the park. However, during off-season times of the year, the shuttle service is not available or only partially available, and you have to drive di­rect­ly to these areas. Now is considered an off-season time, so the shuttle only runs on the weekends and not during the week­days.

The “main” area of Zion National Park is accessible through Zion Canyon Road, the entrance of which is right by Canyon Junction Bridge. There are small parking lots available down Zion Canyon Road, but the availability is nowhere near sufficient to accommodate all the tourists coming in via their own personal vehicles. Once a cer­tain number of cars go in and there is no more parking, they will completely block off access to Zion Canyon Road.

From here, you have two choices: You can either park your vehicle on Zion Park Boulevard (the intersection of Zion Canyon Road) and wait for Zion Can­yon Road to open back up, or you can walk to your desired hiking trail.

The problem with walking is that Zion Canyon Road is pretty long, and if I were to walk to the trailhead that I wanted to hike (which was Angel’s Land­ing), I would’ve to add three miles to my hike in each direction just to get to and from the trailhead. I also couldn’t manage to find a realistic place to wait for the road to open back up, because there were already basically 30 other cars all doing the same thing, occupying every single possible emp­ty space that isn’t directly in the middle of the road (including spaces with signs that say “No Parking” directly next to them).

I tried hiking at Zion National Park three days, and only managed to get into the main hiking area during one of those days. The other days, I just took the scenic drive on Zion–Mount Carmel Highway, but even that wasn’t great, because the area close to the east entrance of Zion National Park was also ex­tremely congested and had no parking. So basically, instead of going to Zion to hike, I basically went to Zion to drive and then go back to my hotel.

Now, with that being said, the one day that I did manage to get in, it was amazing. One of my friends—the friend who actually introduced me and got me interested in hiking in the first place—joined me for that day, and he had been to Zion before, so he was able to show me the most interesting areas.

The two trails that I wanted to do were Observation Point and Angel’s Landing. Observation Point was closed due to a rockslide that damaged the trail, as well as a risk of another rockslide in the same area. Angel’s Landing was apparently covered in ice, and we weren’t prepared with microspikes, so I de­cided to postpone that trail to a following day after I could either rent the proper equipment or go later on in the day after the sun came out (though, as I said above, that never happened, because I was never actually able to reach the Angel’s Landing trailhead again due to congestion).

Instead, we decided to drive all the way out to the Temple of Sinawava and do the Riverside Walk up to the Narrows. 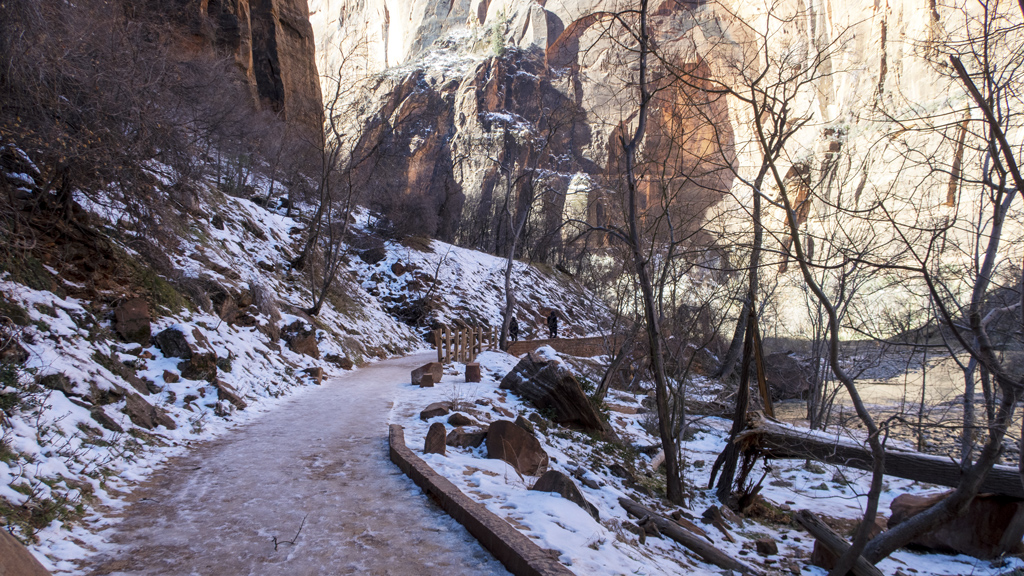 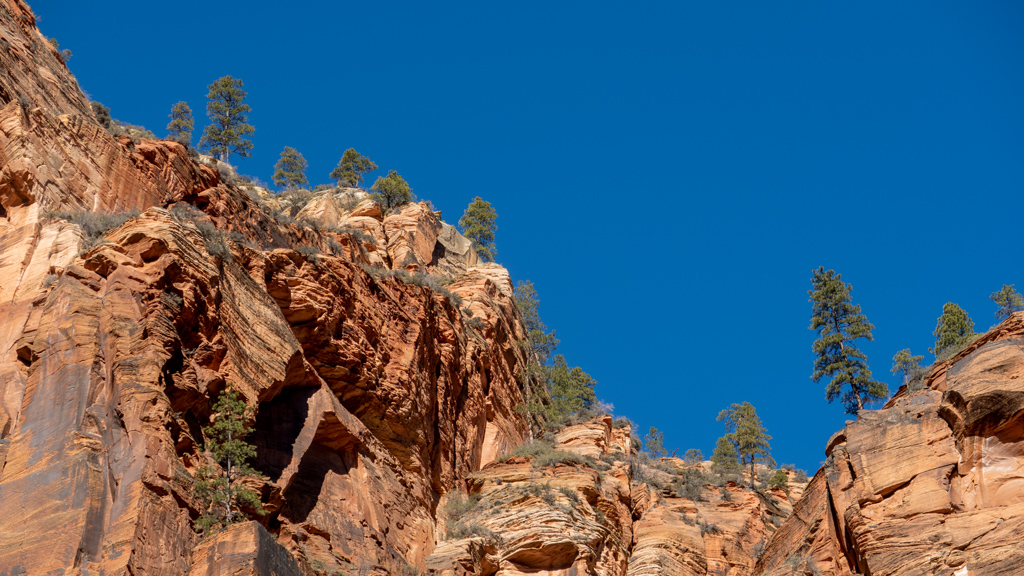 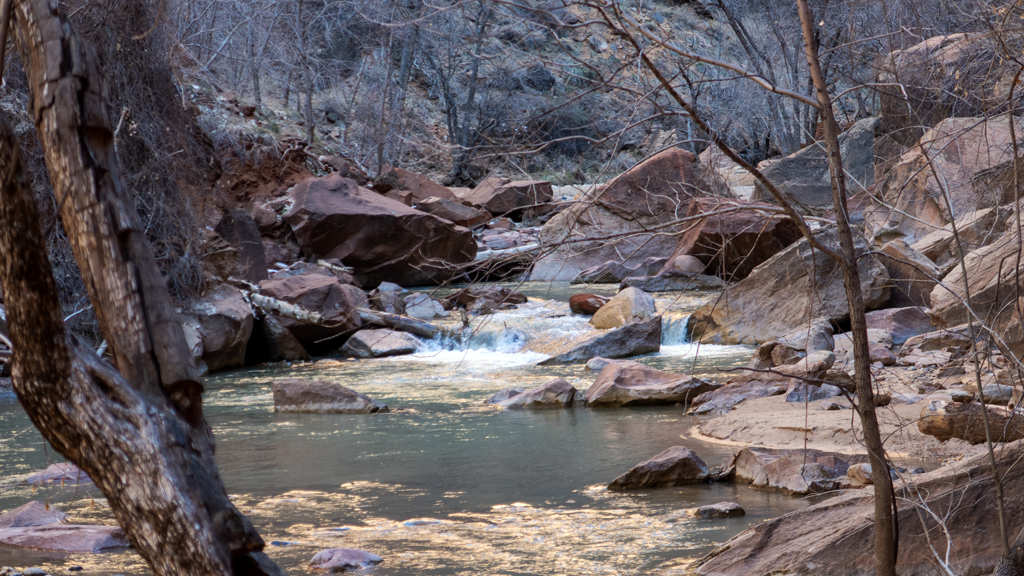 We made it to the end of the trail and saw some people continuing on into the Narrows through the North Fork Virgin River, though we obviously did not, as we were not prepared with the proper equipment to wade through freezing cold water. 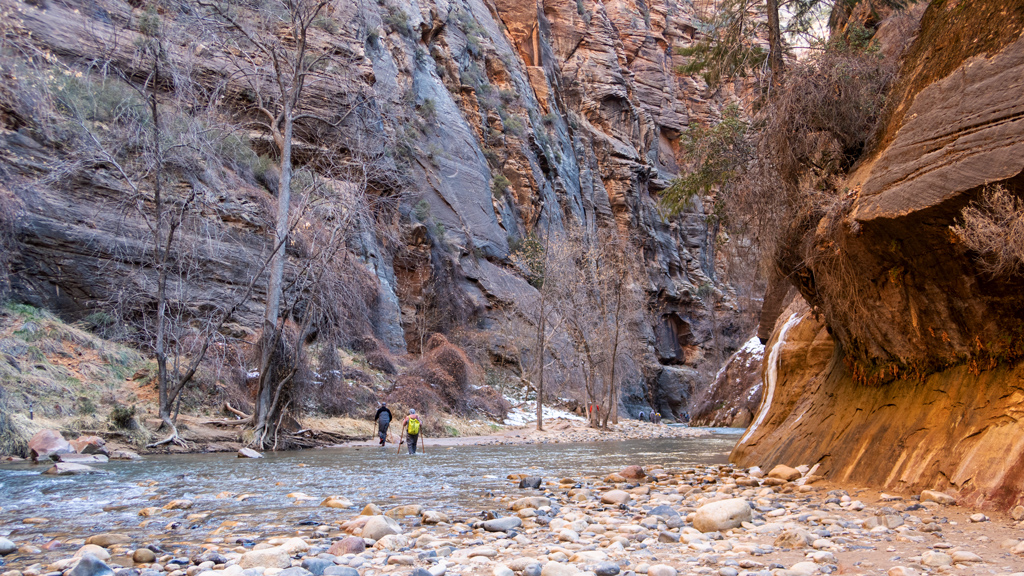 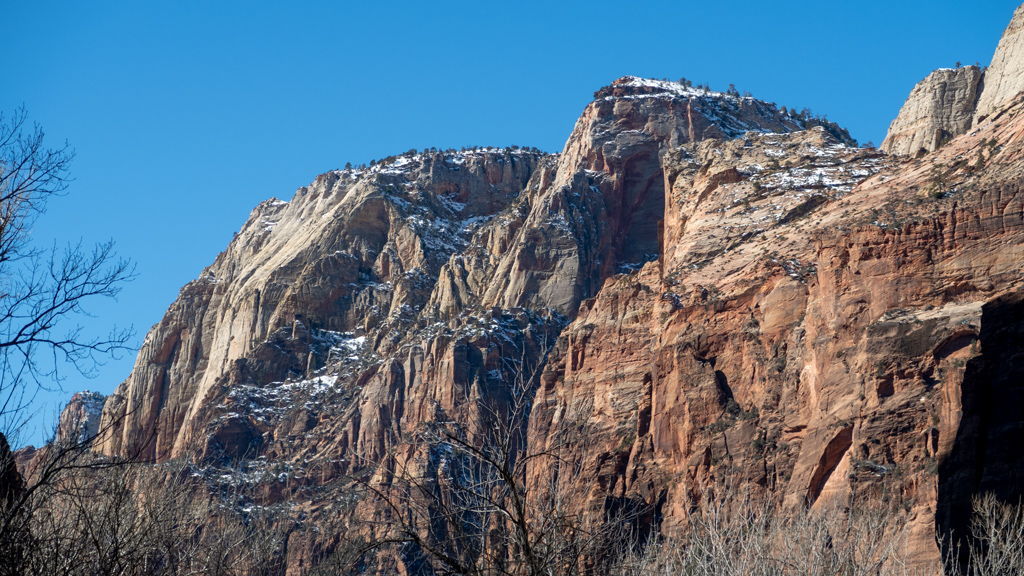 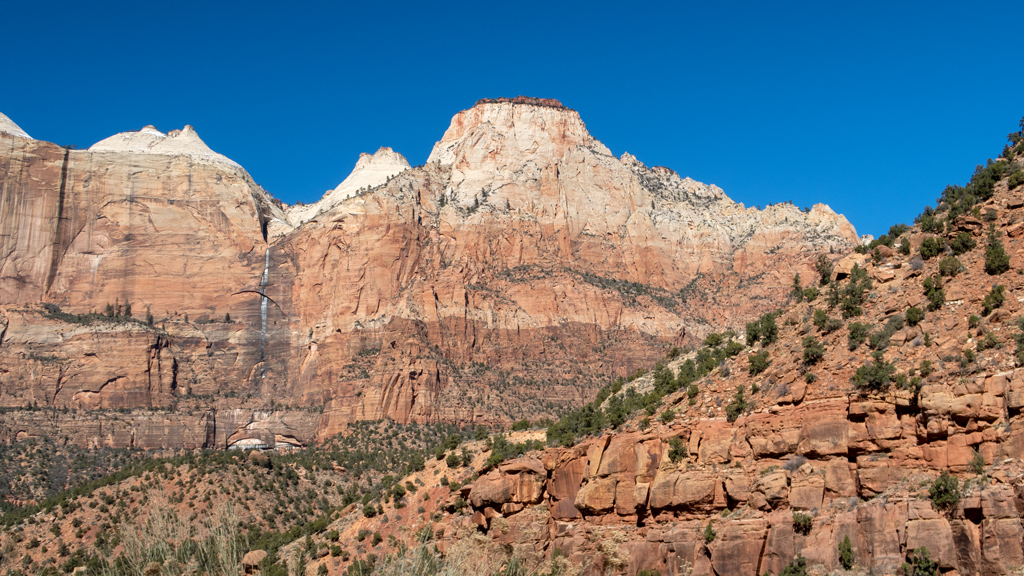 Once we got to the tunnel, traffic was backed up. After observing, I found out that they close one side of the tunnel and make it one-way whenever there is an oversized vehicle (like an RV or a particularly wide truck) coming through, because the tunnel is relatively narrow and a vehicle of commercial width would impede the opposite flow of traffic. 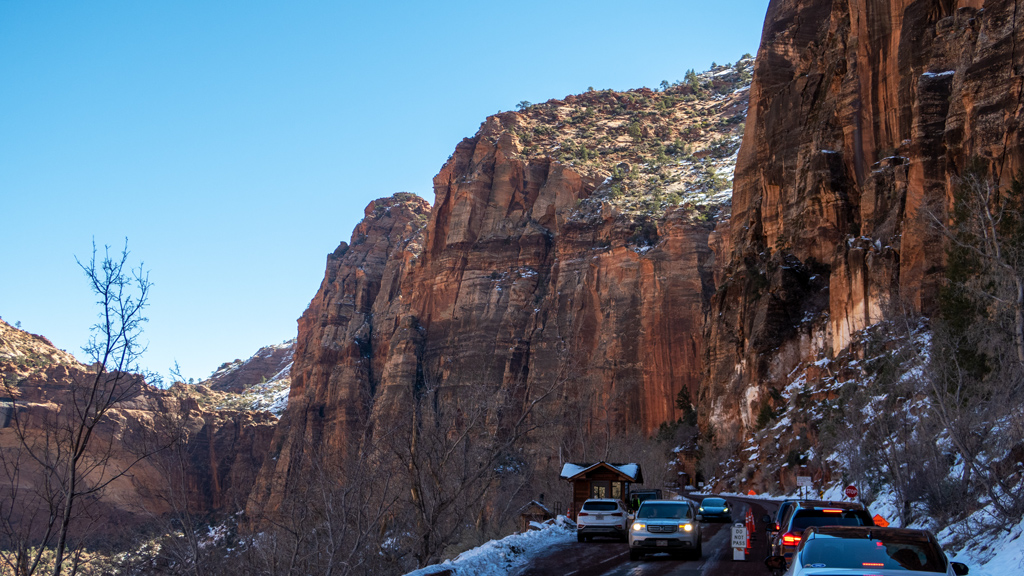 After we made it through the tunnel, we found a parking spot nearby and hiked the Pine Creek Canyon Overlook via the Canyon Overlook Trail. To me, it was a fairly leisurely and pleasant walk, but there were some parts that were tricky for beginners, like sections of narrow path next to a bluff and a bridge directly above a large drop, so it was fun seeing tourists get irrationally terrified trying to complete the trail. 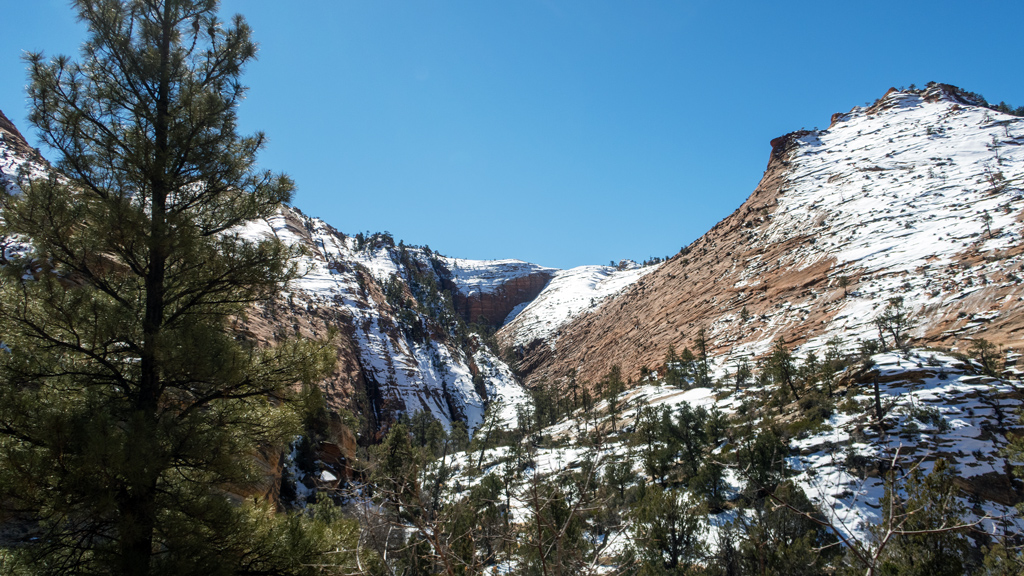 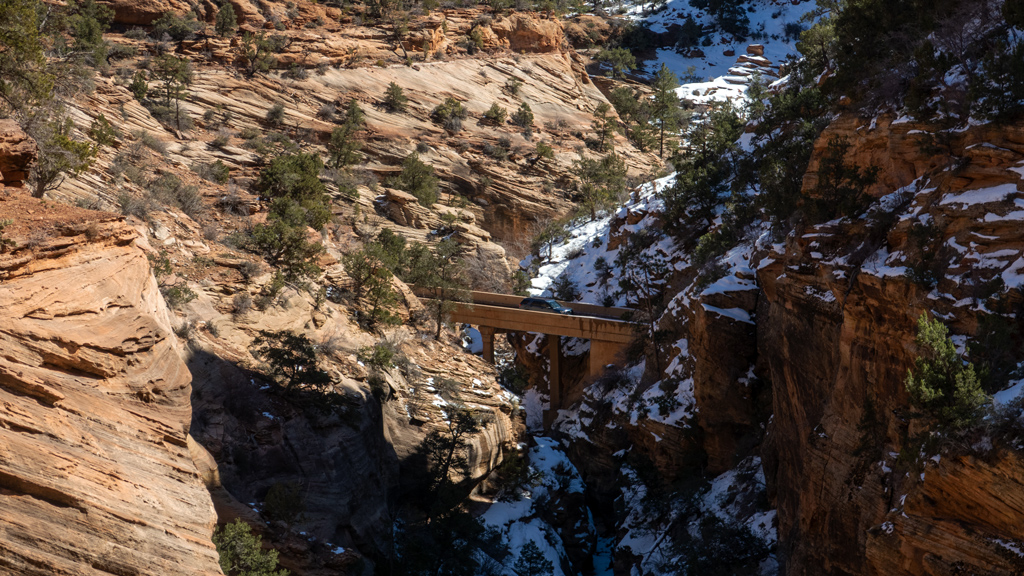 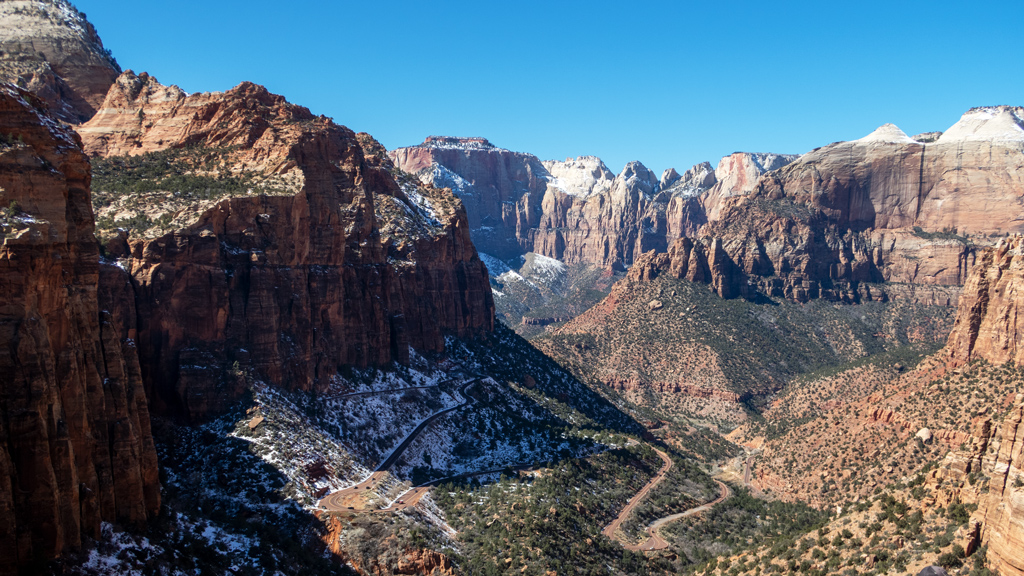 At the summit, I was able to capture a photo of a squirrel, which reminded me of the squirrel I met at the top of Cathedral Rock at Mount Charleston in Clark County, Nevada. That squirrel came up to me to feed off some salted mixed nuts, but this squirrel in Zion was a bit more shy, and it bolted off when I got closer. 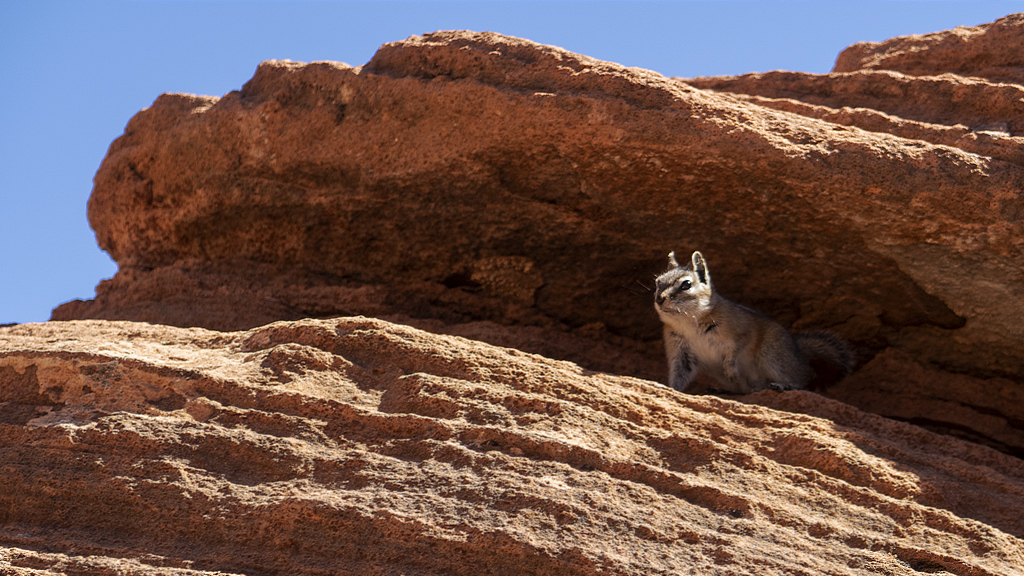 After we made it back down to the trailhead, we saw some rams peacefully sunbathing and watching the tourists scramble up the nearby rocks.

Ignoring the logistical nightmare of there being way too many vehicles and not being able to find parking, Zion National Park itself was great. Once shut­tle service resumes and you’re able to actually explore the entire park, I think this is definitely a trip worth taking (and I imagine everyone else thinks the same, considering how packed it was).

I’m disappointed that I didn’t get to hike Angel’s Landing, especially because they’re changing it to a lottery system beginning April 1 where you have to buy a raffle ticket and then get lucky and have your ticket picked in order to gain admission to the trail. So, this was basically my last opportunity to be able to go and get in a “guaranteed” hike there… though I guess it wasn’t guaranteed, seeing as the access road was closed.

If I get an opportunity to return to Zion, and if I don’t win the raffle to hike Angel’s Landing, and Observation Point hasn’t reopened yet, then I actually want to hike the Narrows, rather than just going up to it and looking at it. If I end up going during the summer, it may be feasible just go in regular shoes that I’m fine with getting wet (similar to how I was just wading through water when I was at the Indian Canyons in Palm Springs), or possibly even bare-footed, as I’ve seen photos of people doing it without footwear at all.

Here are some bonus photos: 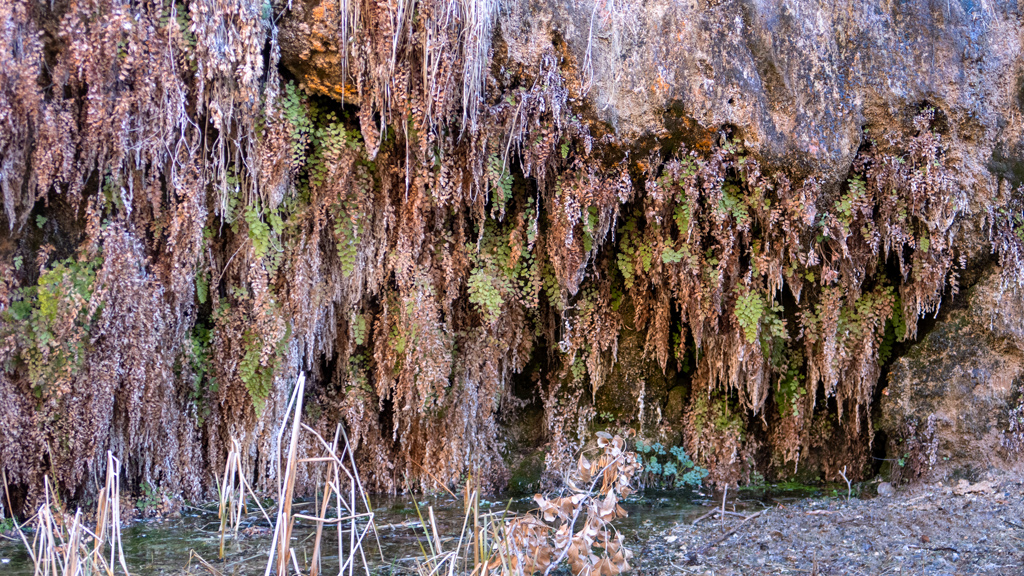 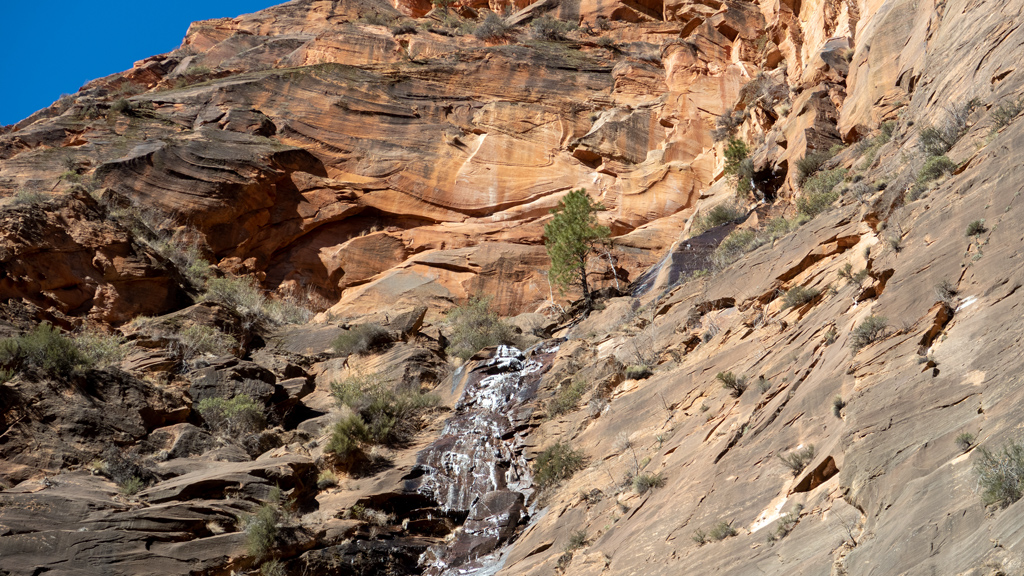 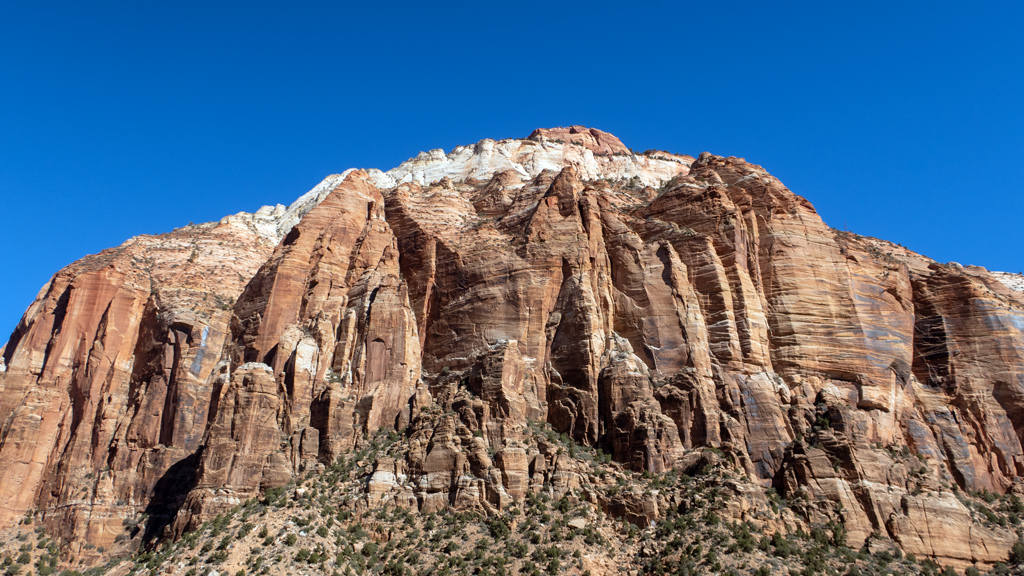 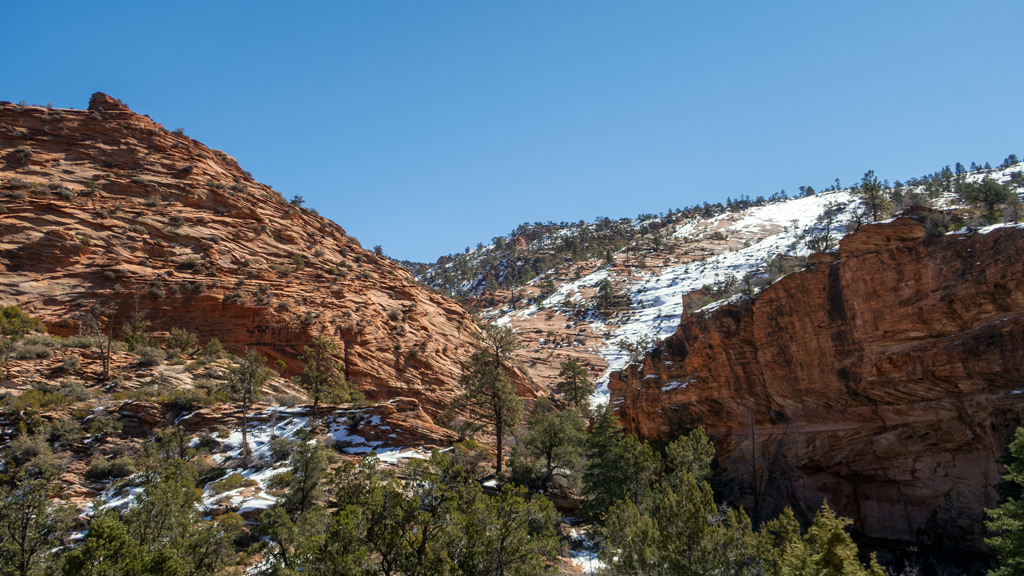 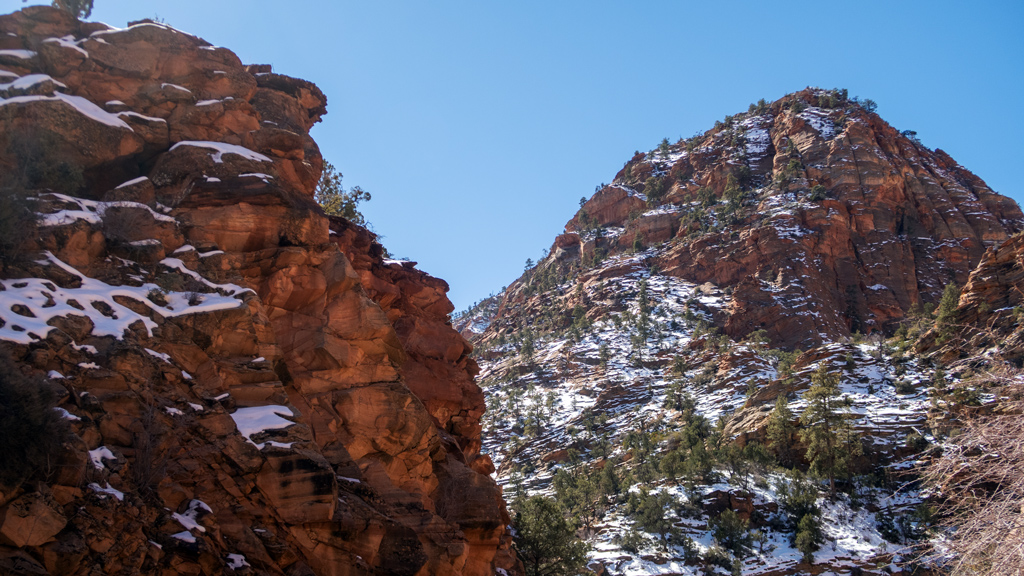 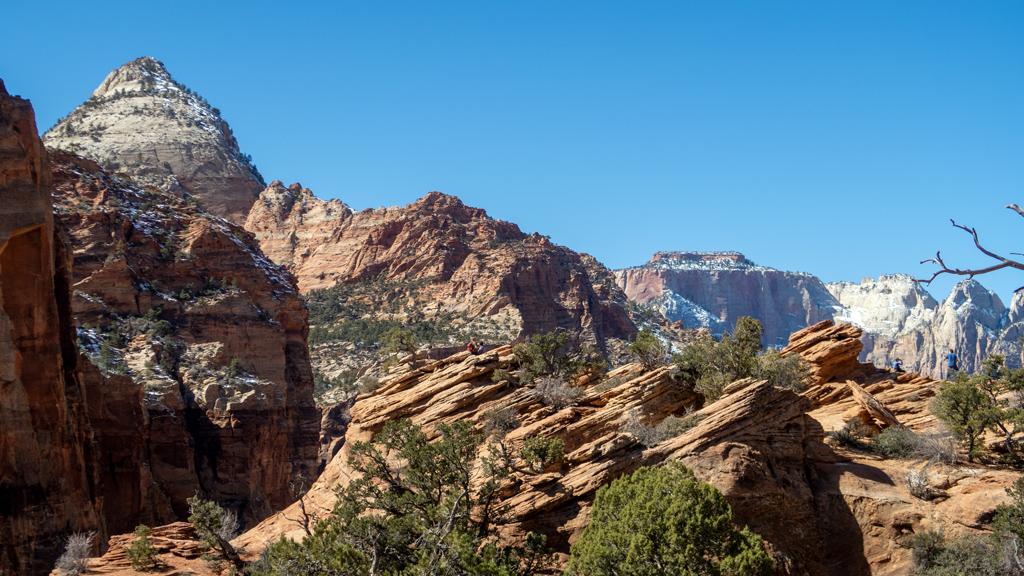 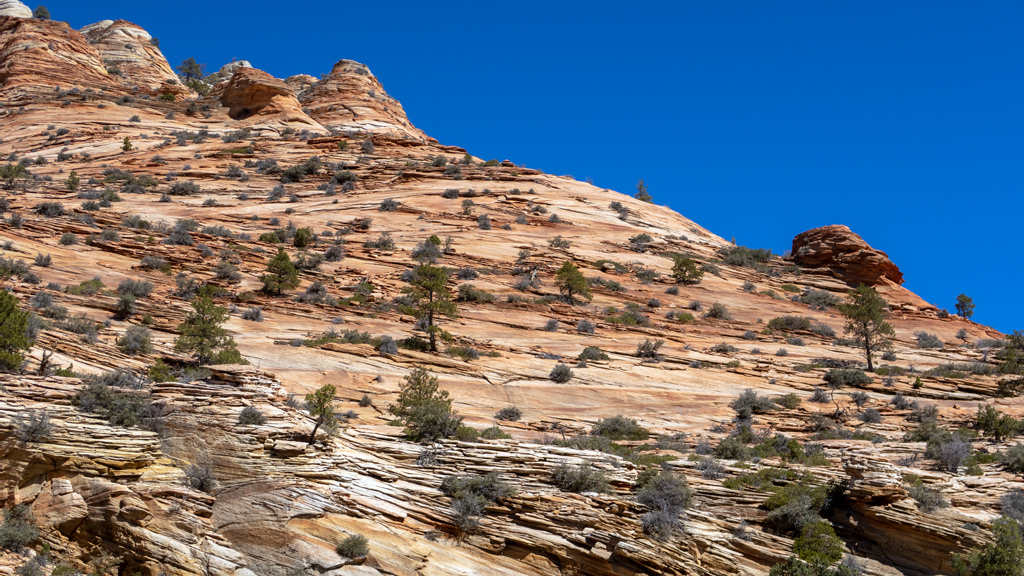