I was on a schedule to get back to Las Vegas by a certain date to make sure I was there in time to attend an in-person class for one of my continuing ed­u­ca­tion certifications, so I didn’t quite get to spend as much time in Utah as I wanted to. On top of that, I got snowed in for a few days, and also had a few busy days of work at Tempo, so it felt like my stay was a bit shorter than it actually was. Because I had a disproportionately low number of Utah posts, I de­cided to put together a state round-up like I sometimes do.

I like to break up my drive as much as possible, so as long as there is a convenient hotel along the way, I’ll try to avoid driving more than a few hours at a time. On my way from Twin Falls to Salt Lake City, I decided to spend a night in Ogden, about an hour or so north of my next destination in the eastern suburbs of Salt Lake City. 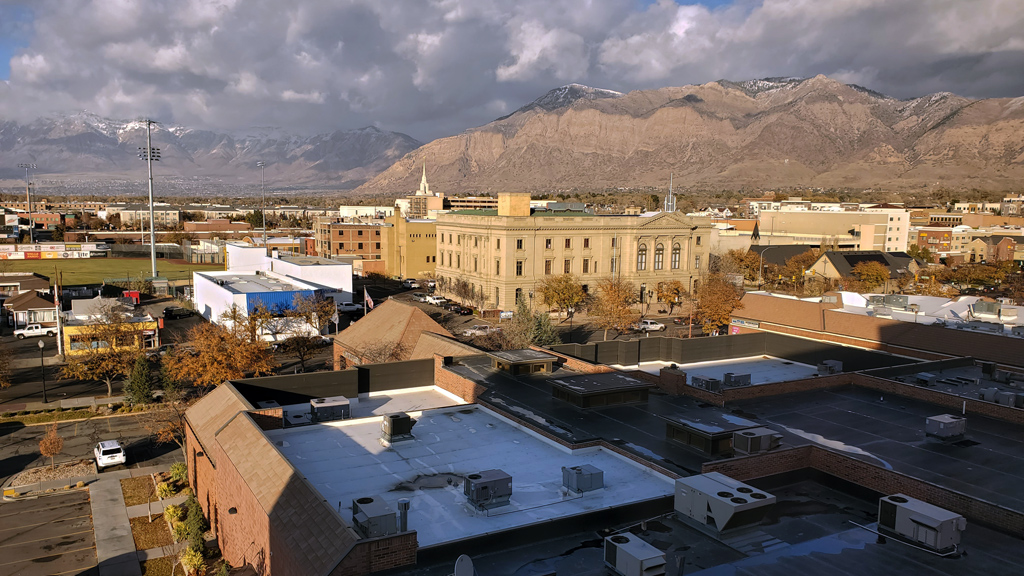 After resting up for the night, I finished my way down to the Courtyard by Marriott Salt Lake City Cottonwood in Cottonwood Heights, Utah.

I haven’t been posting hotel room photos as much anymore because I consistently stay in the same franchised brands and all the rooms look very similar, but I figured it’s been long enough that I’d share again what the newer Courtyards look like, and what my temporary “home” in the Salt Lake City met­ro­pol­i­tan area was like. 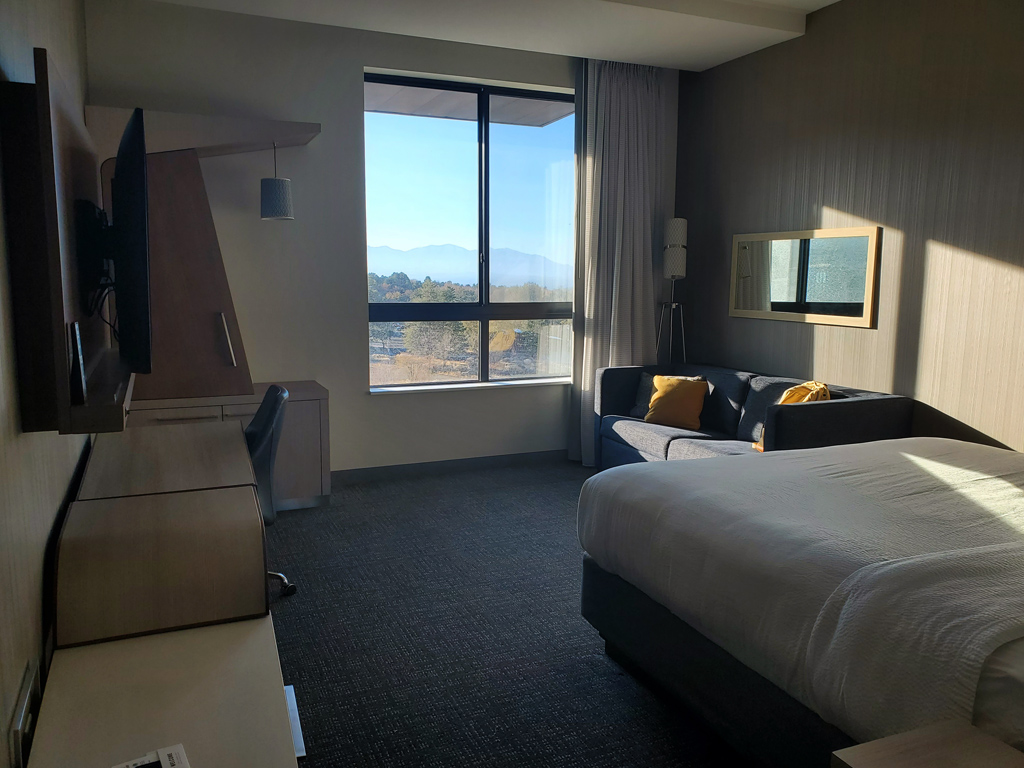 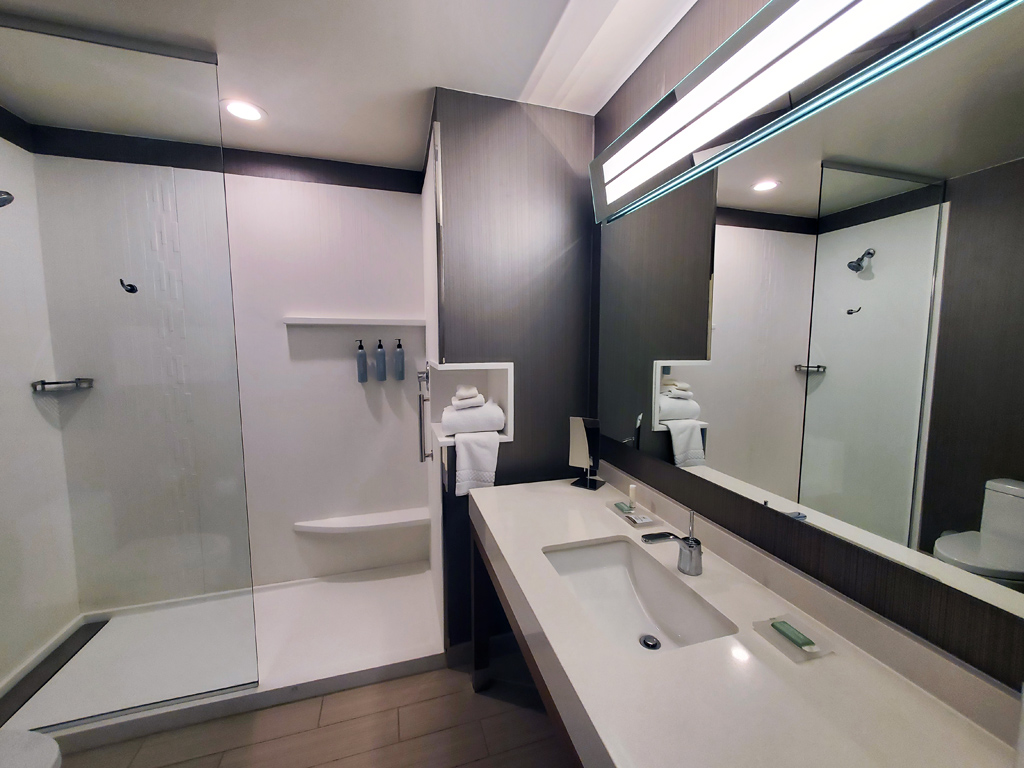 Earlier this year when I was traveling through Colorado, I encountered some snow but refused to buy a snow brush because I knew that, with my luck, I would only use it once, then it would stop snowing and I would never have to use it again. This proved troublesome, because it snowed quite a bit, so I ended up having to come up with some very creative solutions to remove the snow from my pickup truck every time I needed to drive it somewhere. Still, I remained headstrong, because I knew that the day I bought a snow brush would be the day it stopped snowing for the year.

If I had known that I was staying so long in the Seattle Metropolitan Area and would be headed back down through Idaho and Utah during the late fall, I would’ve bought a snow brush back in March with the assumption that I would be using it in November. However, I didn’t think that far ahead, so I end­ed up just never purchasing a snow brush.

After seeing snow in the Idaho weather forecast, I didn’t want a repeat of what happened in Colorado, so I immediately bought the largest and most expensive snow brush with the most features I could possibly find after arriving in Idaho. That was a wise decision, because the following day, I used my snow brush.

And that’s it. The curse came through. I never had to use my snow brush again after the very first time. Yes, it snowed a lot in Utah, but when it did, I was parked in an underground parking structure. On days when I was at hotels where there was only surface lot parking, it never snowed.

Now I just have an egregiously high-tech snow brush sitting idly in the back seat footwell of my truck. 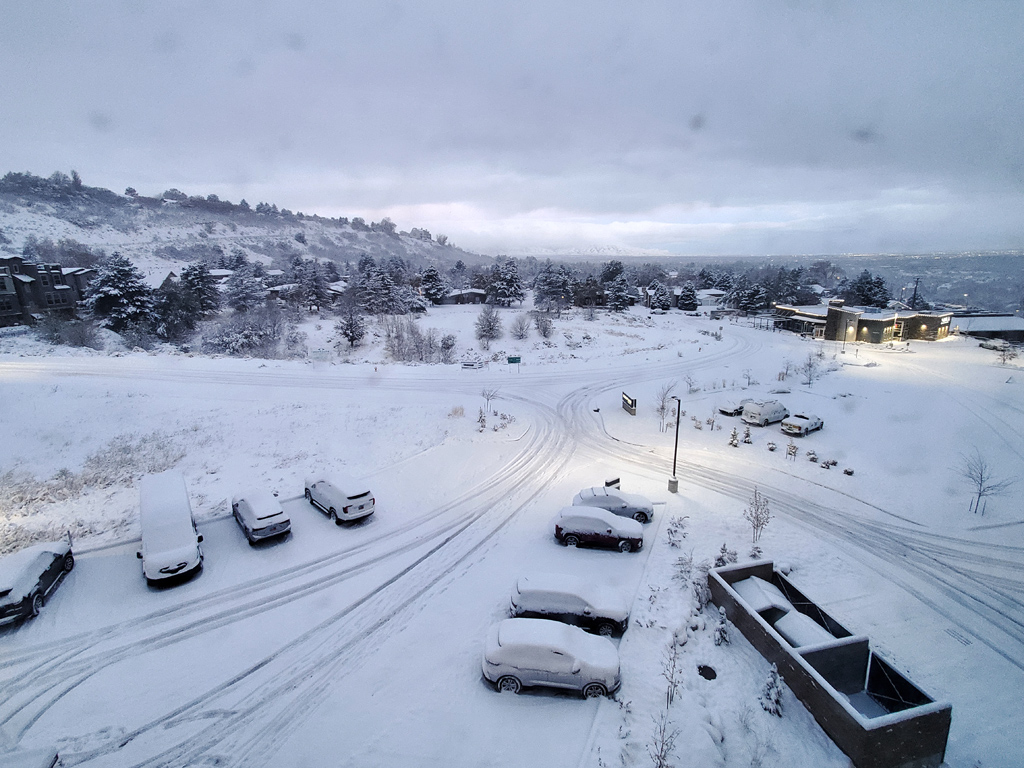 Regardless, the view from my hotel room of the snowy mountains were awesome. Here are three different shots from three different days with varying time proximity to the snowstorm and varying amounts of sunlight. 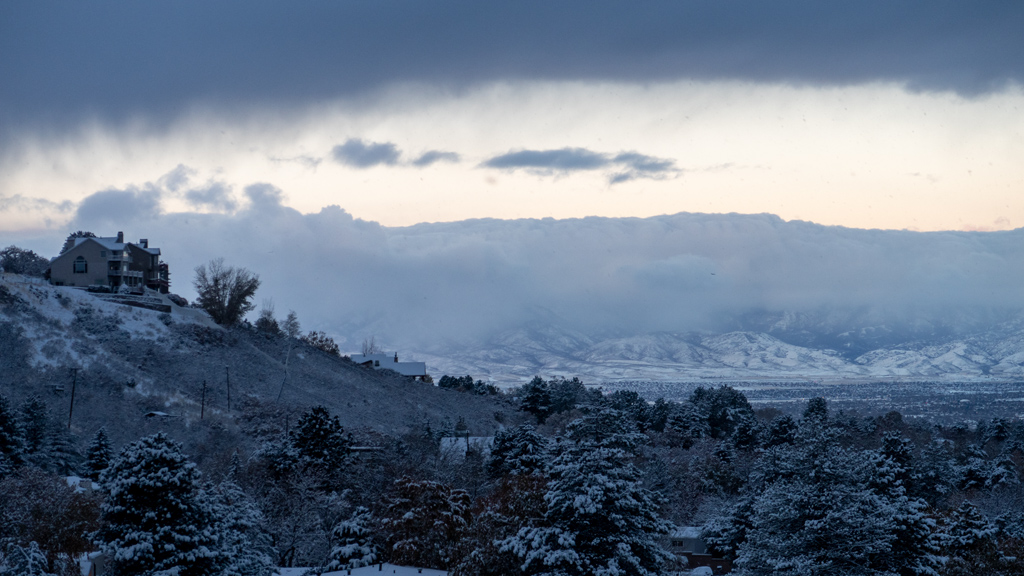 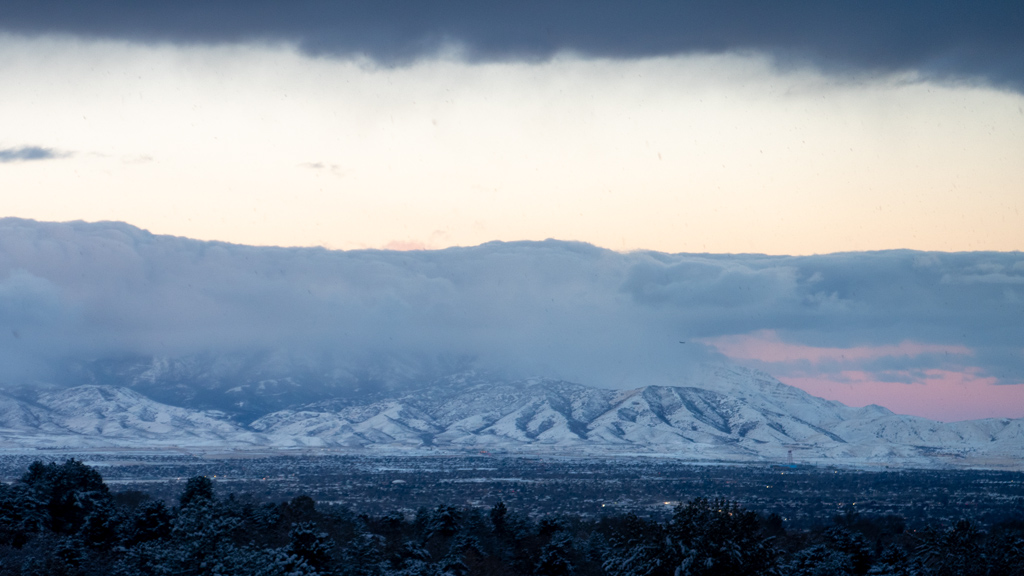 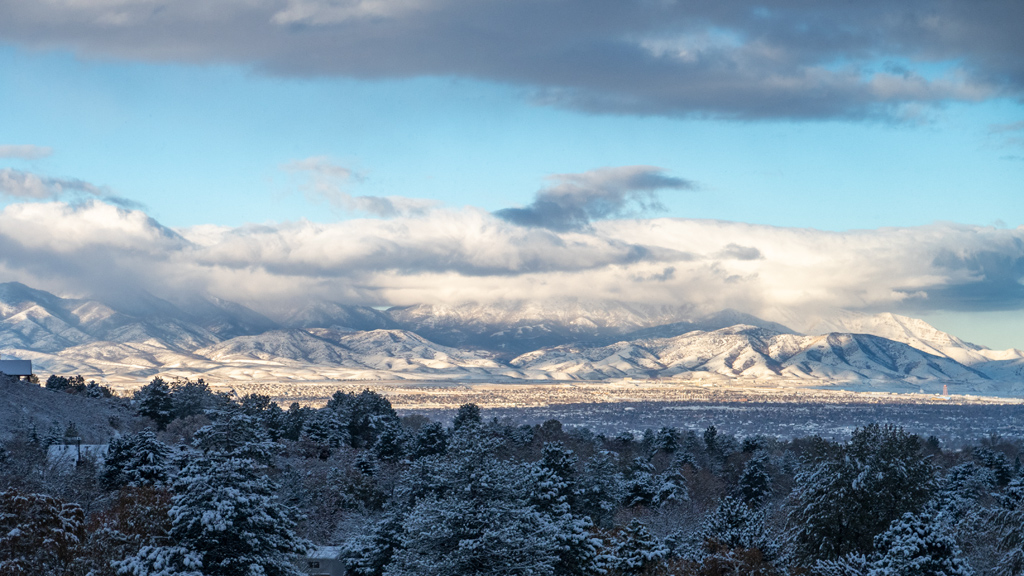 I was actually very surprised at how many electric pickup trucks were in the Salt Lake City metropolitan area—I saw more Rivian R1Ts during my week and a half here than I had seen anywhere else, combined and tripled. I guess that makes sense then that my very first time ever seeing a GMC Hummer EV pickup truck was also here, in the parking lot of my hotel.

I pretty much almost never post photographs of vehicles that are not my own, but I figured I had to post this one because of how much I like the Hum­mer EV, as well as the fact that this had an amazing matte dark red wrap on it, which is probably the exact same color I would pick if I wanted to get my own vehicle wrapped.

I’m not the biggest fan of the bed design of the Hummer EV, because I like the upright blockier style (like my personal pickup truck, a 2018 GMC Can­yon) more than the smoother angle of the C pillar on the Hummer EV, but the overall technology, innovation, functionality, and luxury of the Hum­mer EV immediately made it my favorite new electric pickup truck reveal when it first came out. 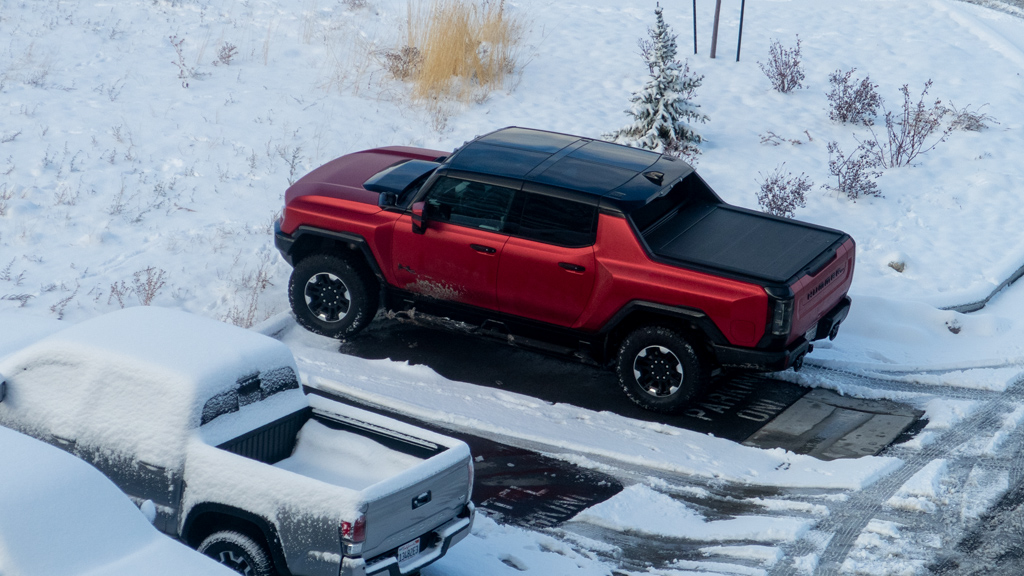 On my way back to Las Vegas, I decided to spend a night in St. George, Utah so I wouldn’t be driving for too long in a single day.

Because of my elite status with the Marriott Bonvoy program, I get to pick rewards each qualifying year via the Annual Choice Benefit. Most travel an­a­lysts say that the suite night awards are highest in value, so I always end up picking them. Unfortunately, because I generally stay at select-tier hotels, the suite night awards aren’t as meaningful to me because there usually aren’t very many suites even available at all on the property, and if there are, they’re not that much better in quality than a regular guest room, apart from just being a bit bigger in square footage.

Suite night awards via the Annual Choice Benefit expire in one year, and I have a bunch expiring on December 31, 2022, so in St. George, I decided to stay at a nicer hotel where I could use the suite night upgrade and actually get a big upgrade—the Advenire Hotel, part of the Autograph Collection. 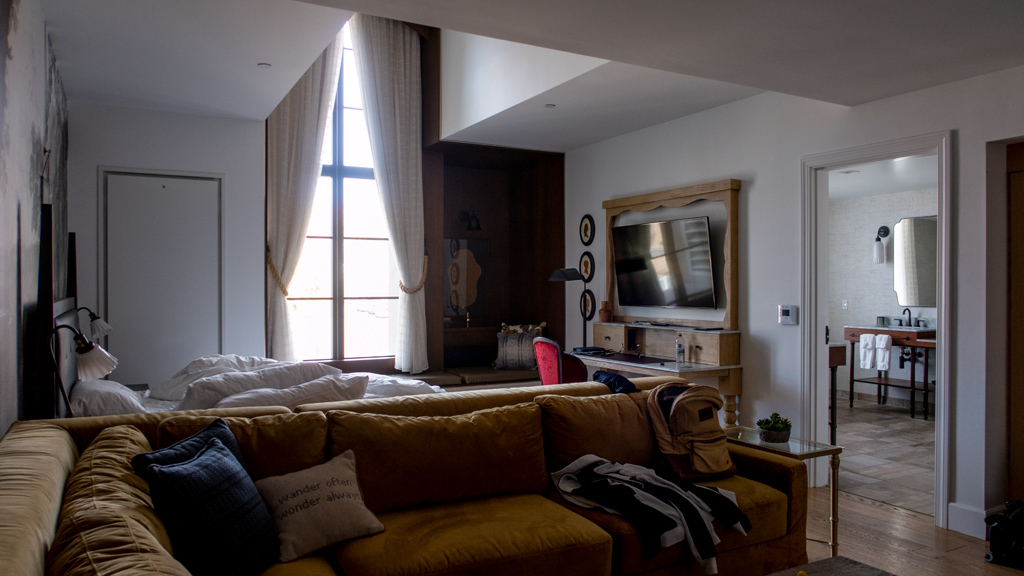 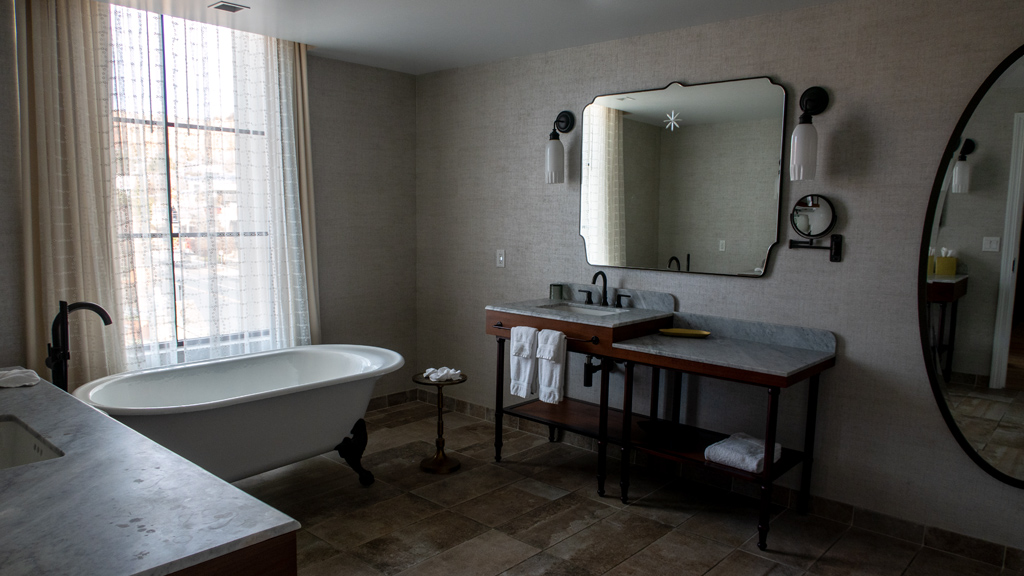 One reason why I avoid nicer hotels, though, is that it actually gets pretty inconvenient. Fairfield Inns, SpringHill Suites, and Residence Inns generally have straightforward building structures, parking is almost always free, and there are multiple entrances for quick access to the interior. However, the fancier you go in hotels, the more inconveniences arise.

For example, at the Advenire, parking was valet-only for US$18.00 per night. If I didn’t want to use valet, I had to either street park or use a structure on the other side of the street. I’ve had way too many bad experiences with valet parking service, and I just don’t like the idea of having valet touch my ve­hi­cle at all to begin with, so I unloaded my stuff at the front and went searching for this off-site parking garage.

Of course, I took the wrong turn three times, proceeded to drive in circles around the wrong city blocks, had to take detours because of streets closed for construction, and the entire time regretted not just staying at a Courtyard or SpringHill Suites only 2-4 miles away. 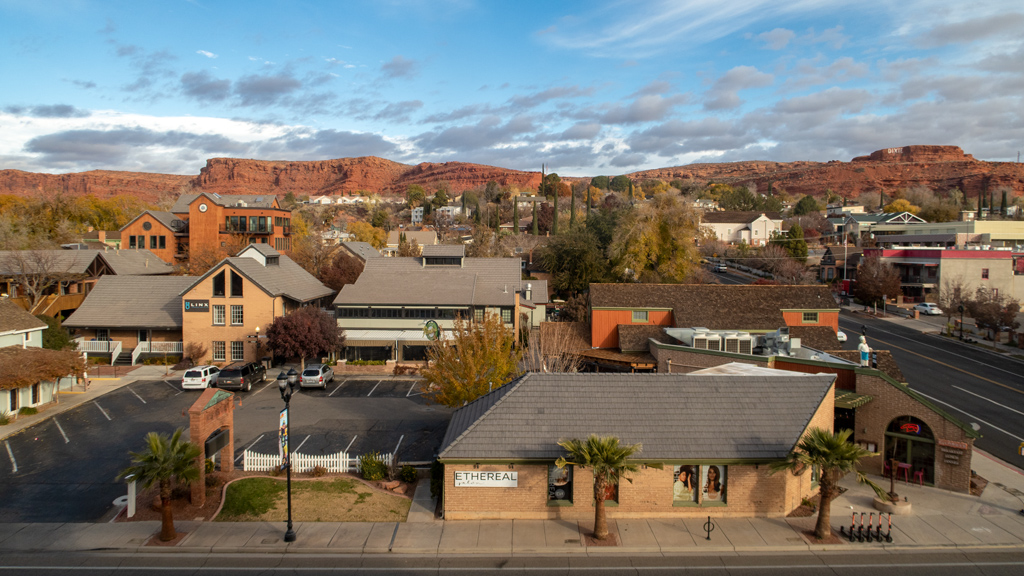 By around this time last year, I was pretty set on Colorado being my favorite state, and Utah being second. After visiting Montana, those two states got bumped down to #2 and #3, but the sequence of them remained the same.

I think my last visit to Salt Lake City wasn’t very fair, not only because I picked an older, not-so-well-maintained, past-generation Fairfield Inn, but also be­cause I had the broken glasses fiasco that ate up a lot of my time.

After having driven through Utah again at the beginning of this year, and then again recently, I think Utah has caught up to, or maybe even surpassed, Colorado in the ranking. I still think Colorado is amazing, but Utah has more variety to it, while Colorado seems to stick to a “theme.”

If I’m able to stick around in Las Vegas like I want to when I pick a long-term residence again, that would be good news for the sake of visiting Utah a­gain, considering that it is right next door and on the way to anything towards the east.