For my final tourist activity in Tri-Cities, Washington before heading out across northeast Oregon into Idaho, I visited the REACH Museum in Richland.

This was a very traditional and straightforward museum. It didn’t really have anything too innovative or compelling, but it wasn’t bad either. It reminded me a lot of the spirit of how the American education system works, in that, it’s not interesting enough to really pull you in, but if you have the intrinsic mo­ti­va­tion to learn about that particular topic, there is plenty of information there for you to digest in your own time.

The first gallery in the museum covered the geology of the planet and how it changed to become what it is today. 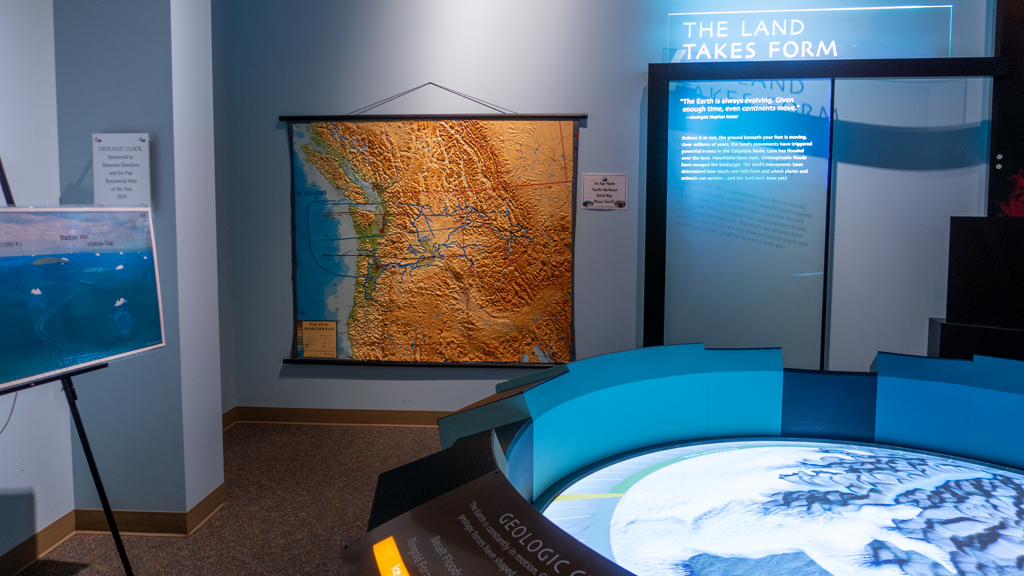 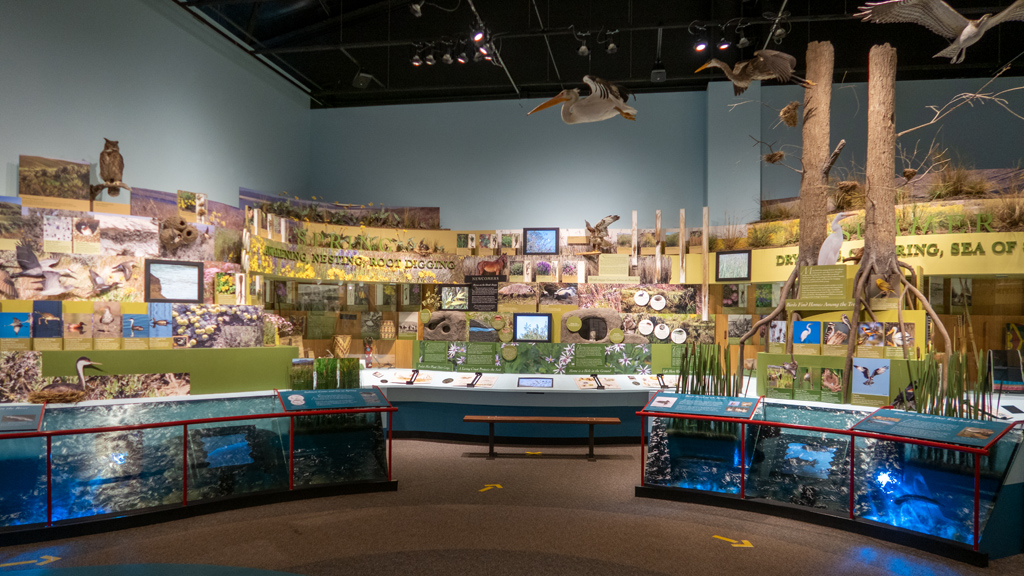 This area had some decently realistic taxidermied animals. 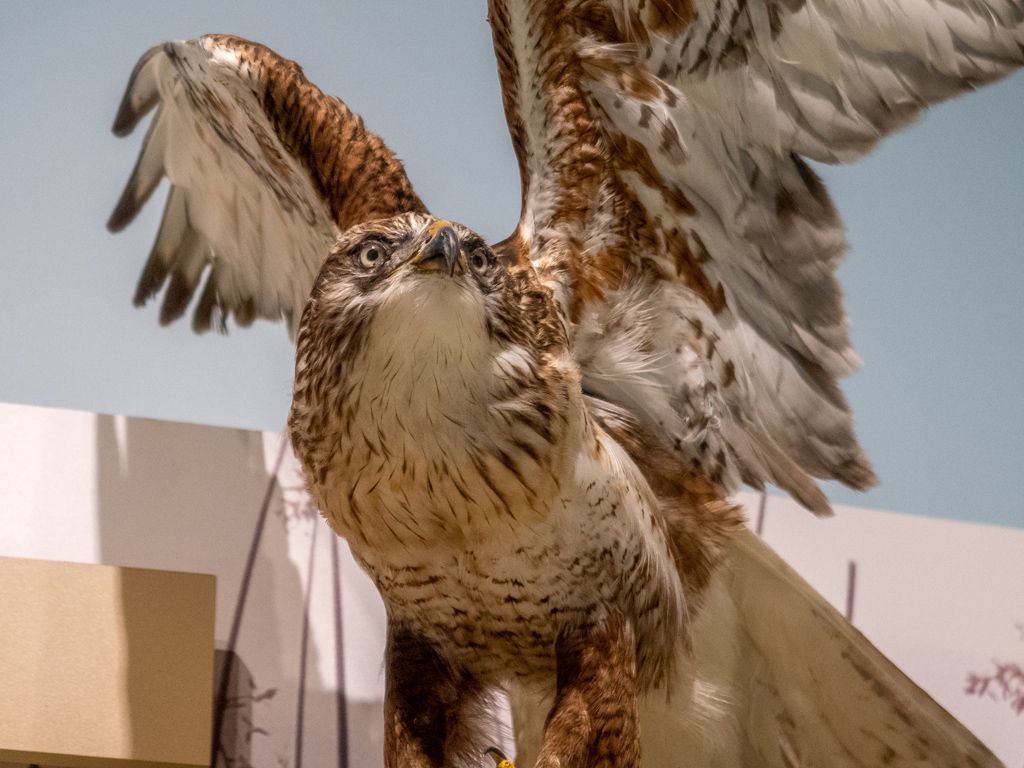 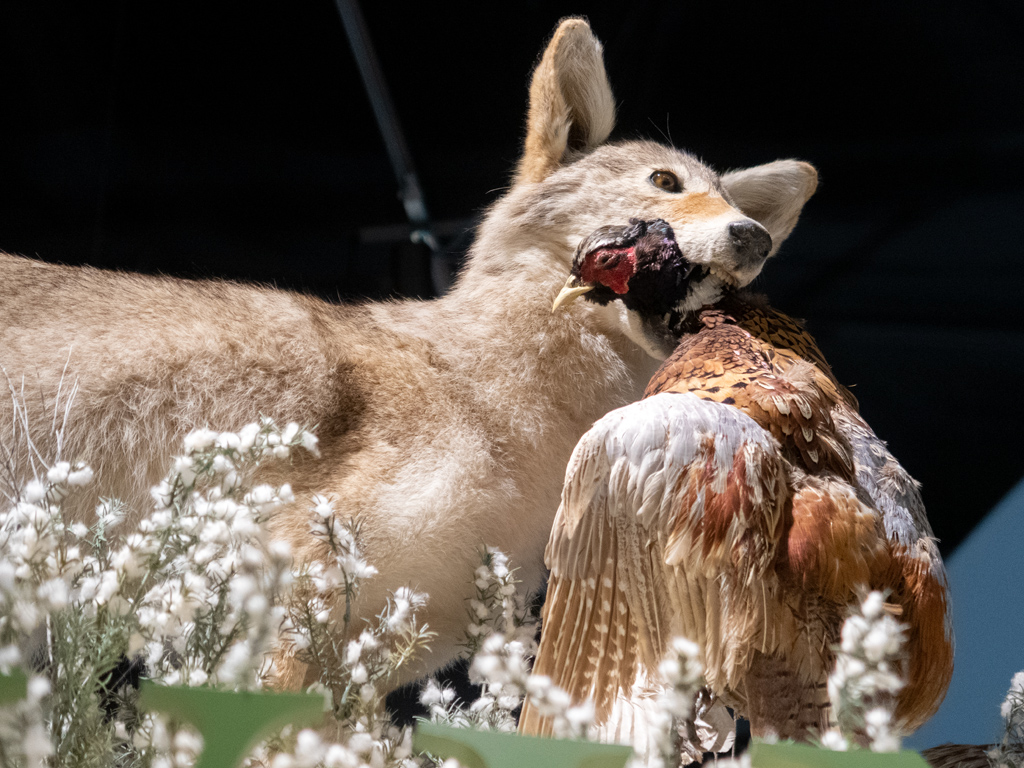 The second gallery covered the events that happened during World War II with a focus on the atomic bombs. Most of the information here overlapped with what I had already seen during my tour of the B Reactor at Hanford at the Manhattan Project National Historical Park. 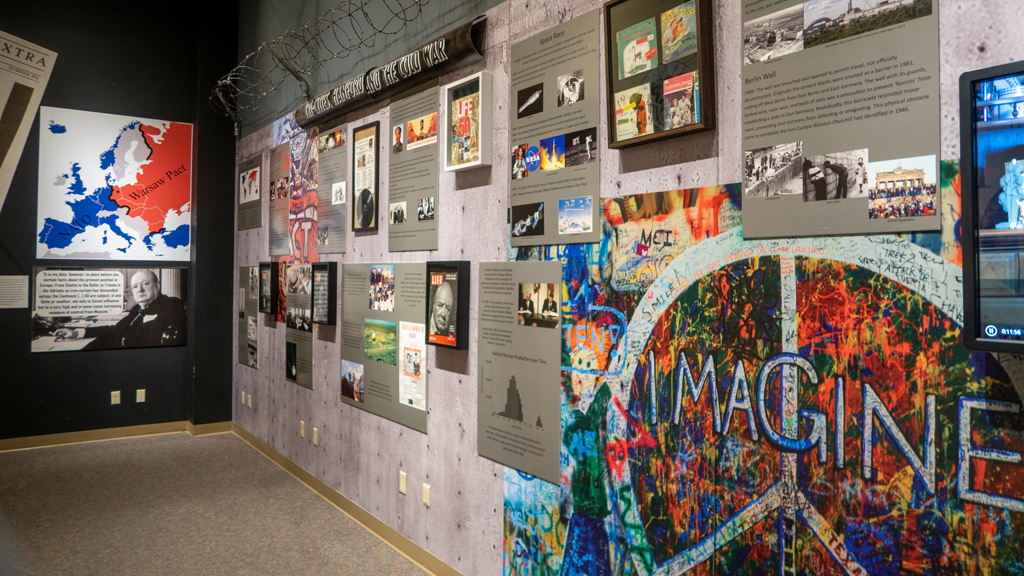 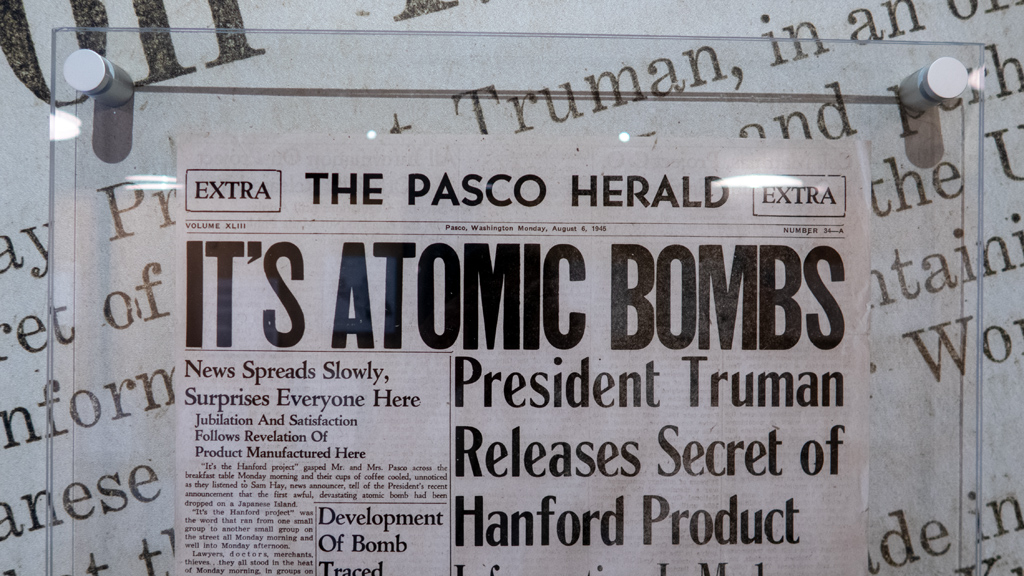 The rotating section of the museum, presumably themed after Halloween, was a section on bats. 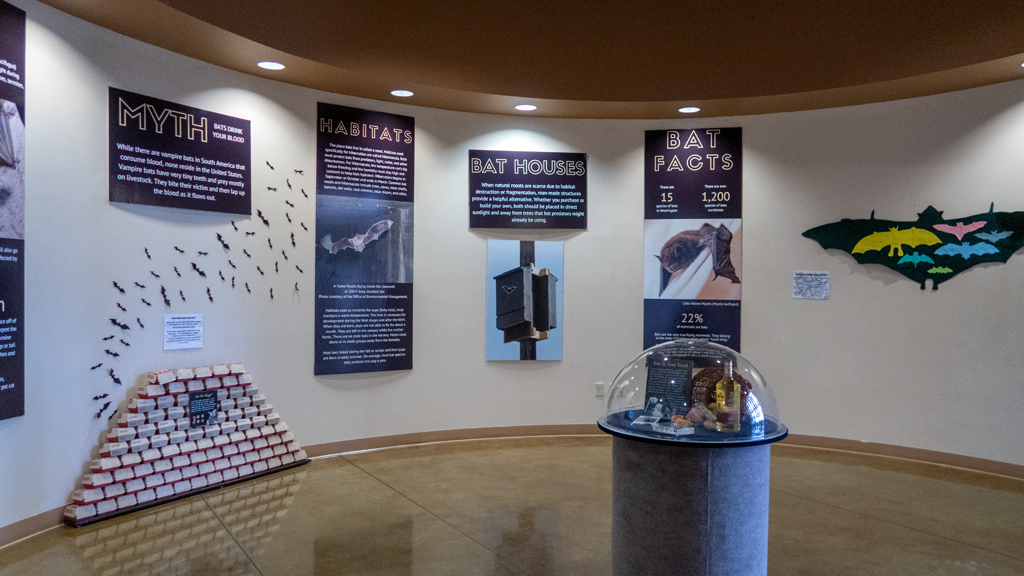 The most interesting part of the museum, in my opinion, was the fact that they had an aquarium near the entrance with some very interesting sea crea­tures. I managed to capture a nice shot of a catfish and a lamprey. 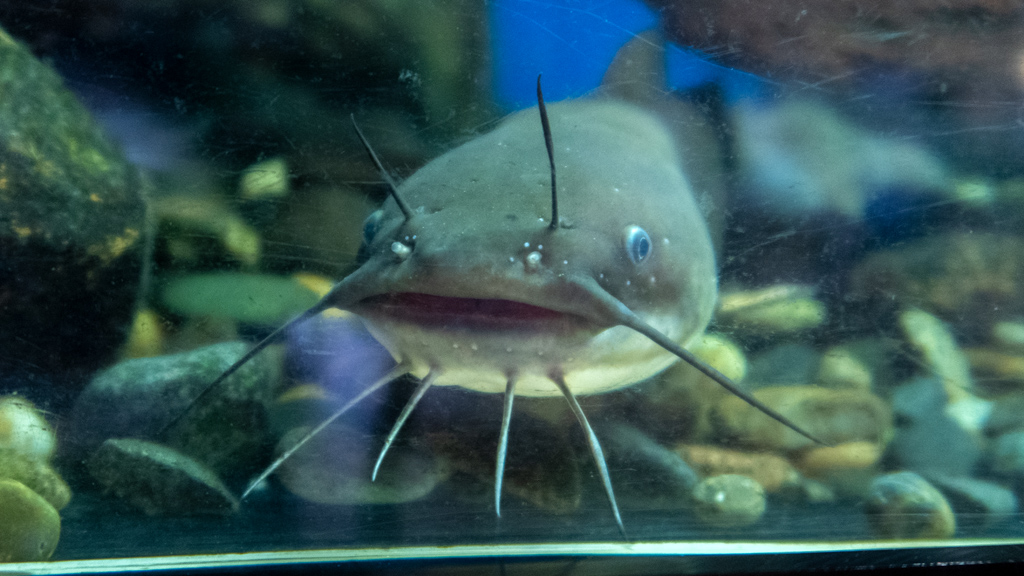 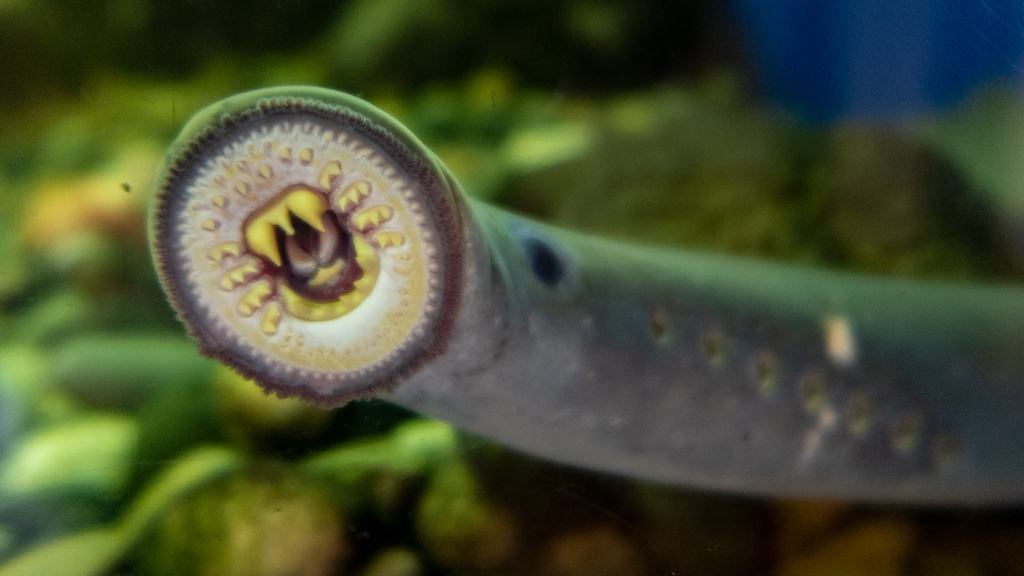 Funny enough, I enjoyed the outside of the property more than the inside. It looks like there were some event areas set up, which I imagine are used for per­for­mances, banquets, corporate meetings, or other gatherings. They were aesthetically nice and had great views of the Columbia River. 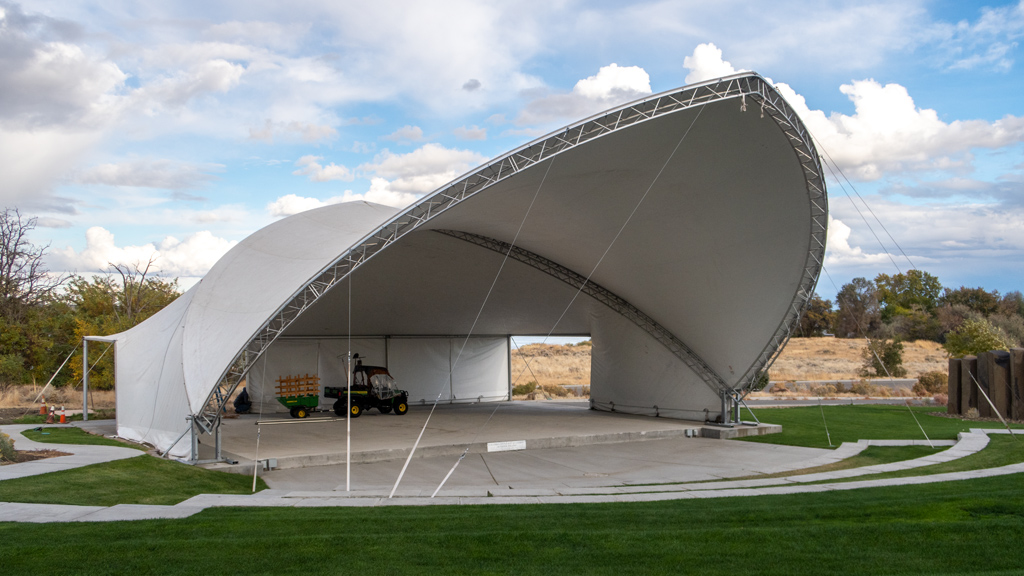 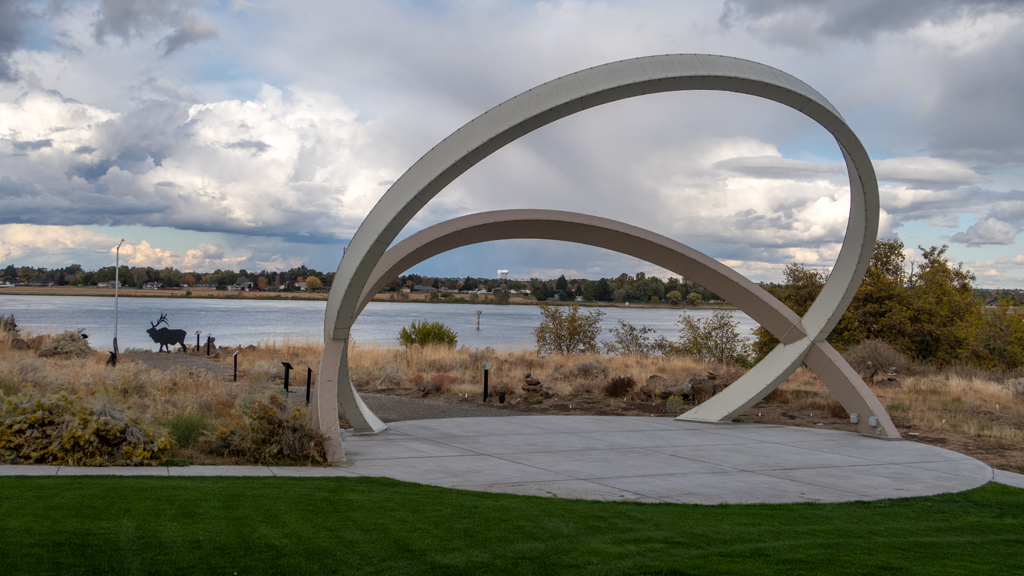 There was also a path leading away from the building and towards the river, which was lined with various placards and steel animal cut-outs. I started walking northbound on that trail for a bit, and noticed that it would lead me to Bateman Island if I crossed Columbia Park Trail, but I only had a light jack­et and it was pretty cold, so I decided against it for this trip.

If the breadth of the museums you’re able to go to is limited, and you’re patient enough to read a lot of text, then I think the REACH Museum would be worth­while—it has a decent chunk of information packed into a relatively small space. Although the content delivery method isn’t stunning, it is still visually pleasing and well-organized, and from what I’ve seen, it seems to be one of the best you can get in this area.