On my way up north from the Seattle Metropolitan Area to Canada, I decided to take a stop in Bellingham, a city on the north-northeastern corner of Wash­ington. Like usual, I wanted to break up the monotony of driving too much in a single day, but I also spent a few nights in Bellingham to meet up with one of Tempo’s former employees, and to see if there was good-enough weather for me to squeeze in another hike.

Luckily, there was some good weather on the day I was driving up, so instead of going straight to Bellingham on Interstate 5, I exited early onto Wash­ington State Route 11, also known as Chuckanut Drive. This followed along the coast of Samish Bay and eventually led me to the Larrabee State Park. I parked right outside and across the street from the entrance to the main campground area and hiked Fragrance Lake Trail.

The trail itself at a macro level was fairly normal for what I would expect, but there were some very interesting smaller details to the area. 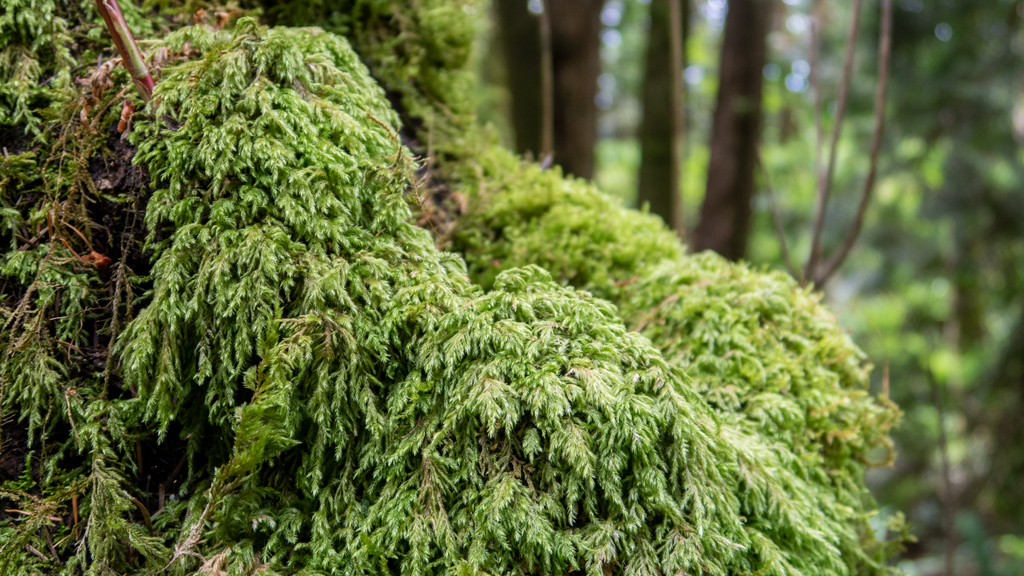 After crossing the intersection with the Whatcom County and Bellingham Interurban Trail and going deeper into the trail, I came across the Trees of Life, a group of trees whose roots were growing on top of and around a large boulder. 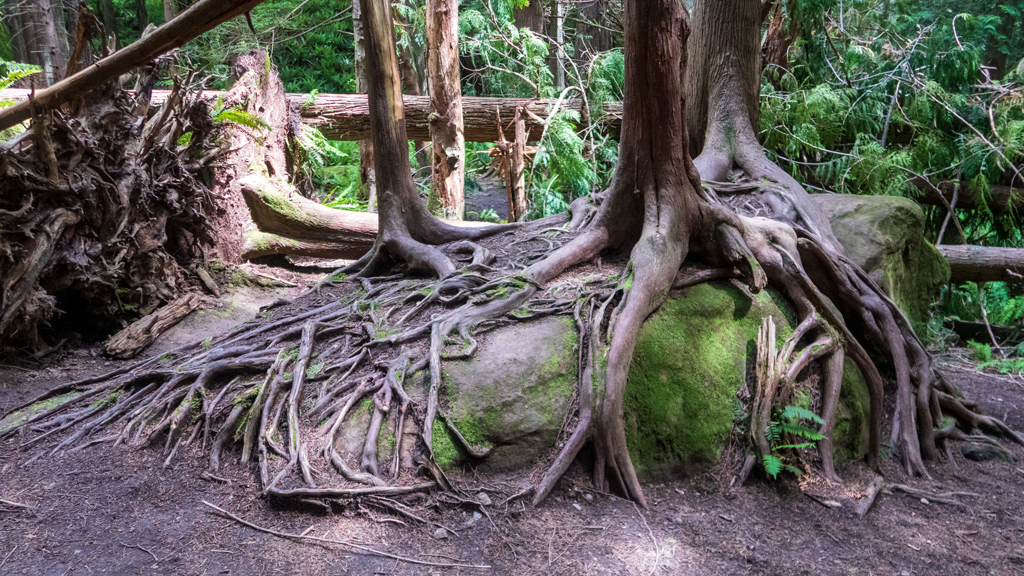 The next point of interest was at the Fragrance Lake Trail Overlook, where I had a nice view of the forest below and the Wildcat Cove and Bellingham Bay in the distance. I also saw some land in the distance; I’m not certain, but based on superimposing my perspective on a map, it seems like they were the Portage and Lummi Islands. 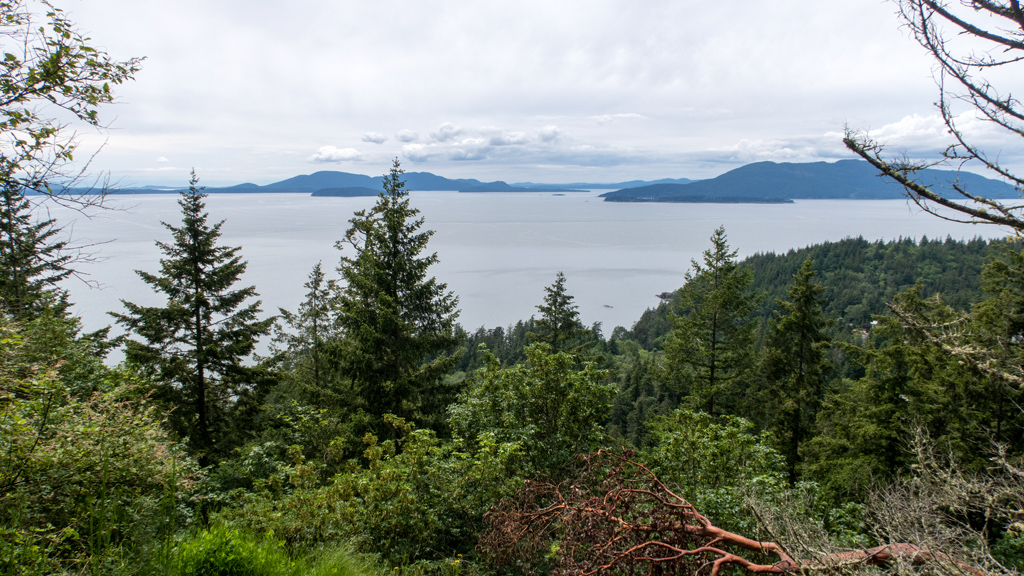 As I retraced my steps back from the overlook and went back on the trail to continue deeper towards Fragrance Lake, I saw a miniature version of the Trees of Life, this one having its roots growing over and around the trunk of a dead tree. 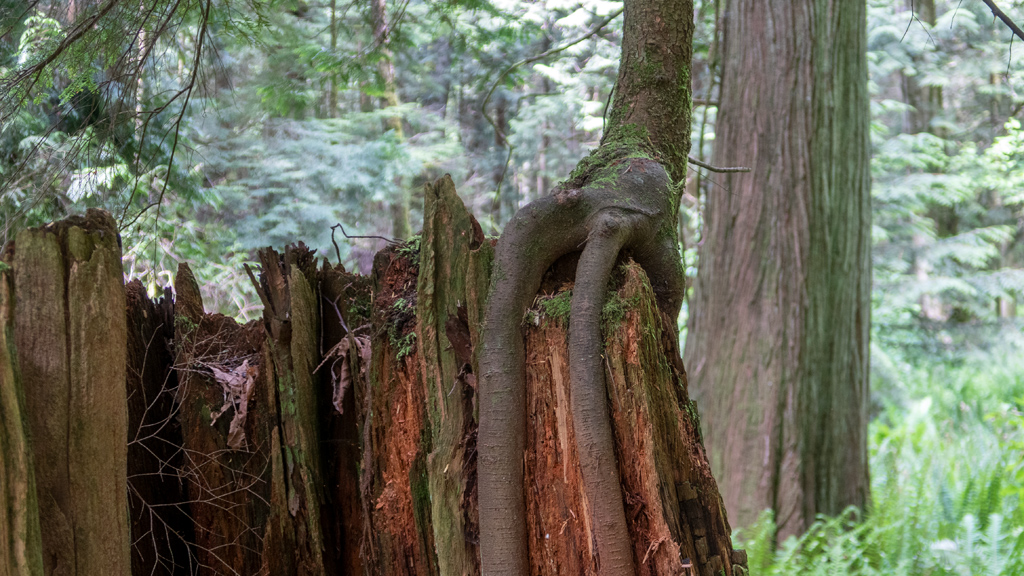 The deeper I hiked and the closer I got to Fragrance Lake, there was more green growing everywhere. 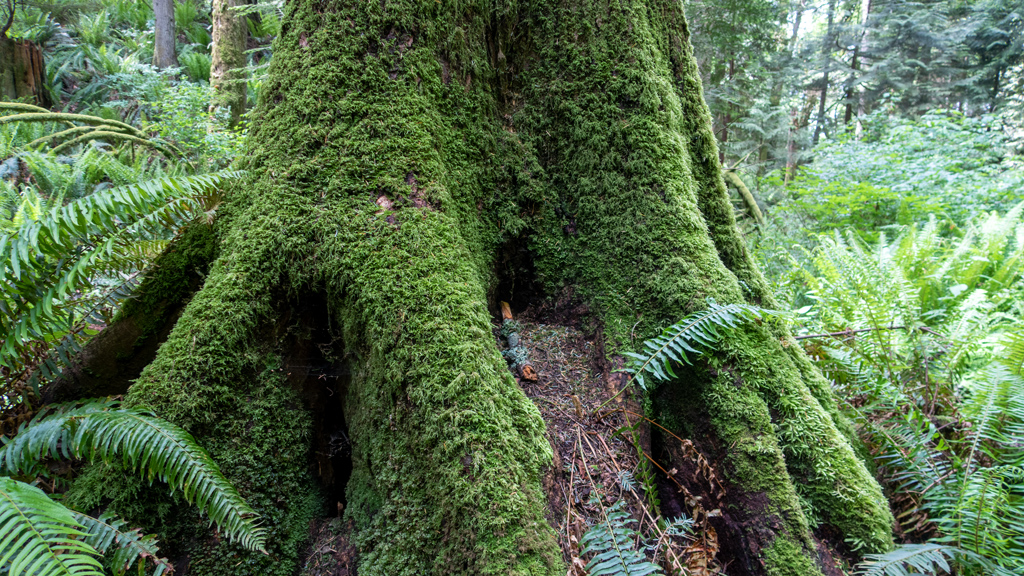 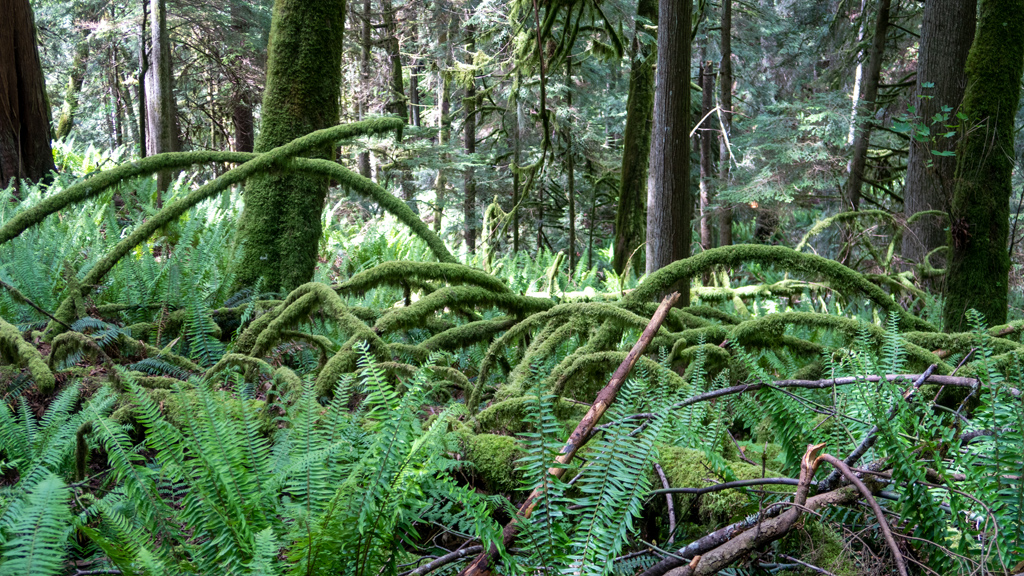 Eventually, I made it to Fragrance Lake. 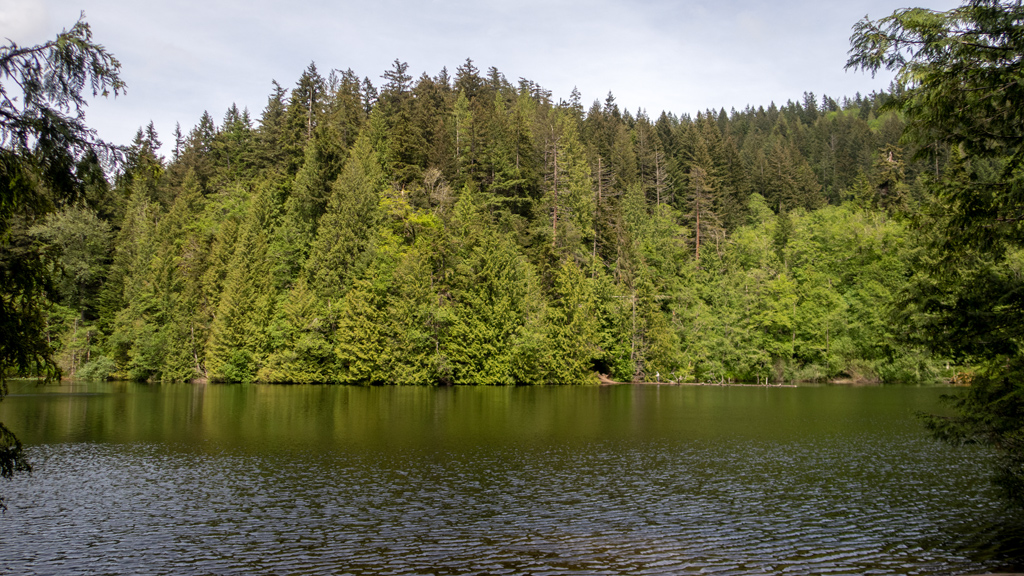 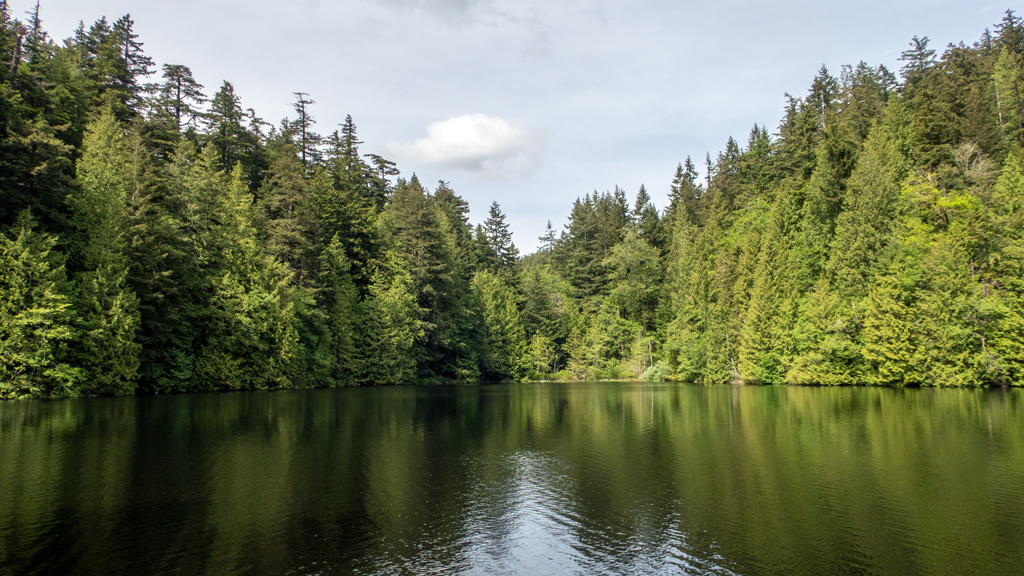 There continued to be more unique vegetative life appearing as I got deeper. As I was walking around the lake, I saw some mushrooms growing dec­o­ra­tively around a tree trunk. 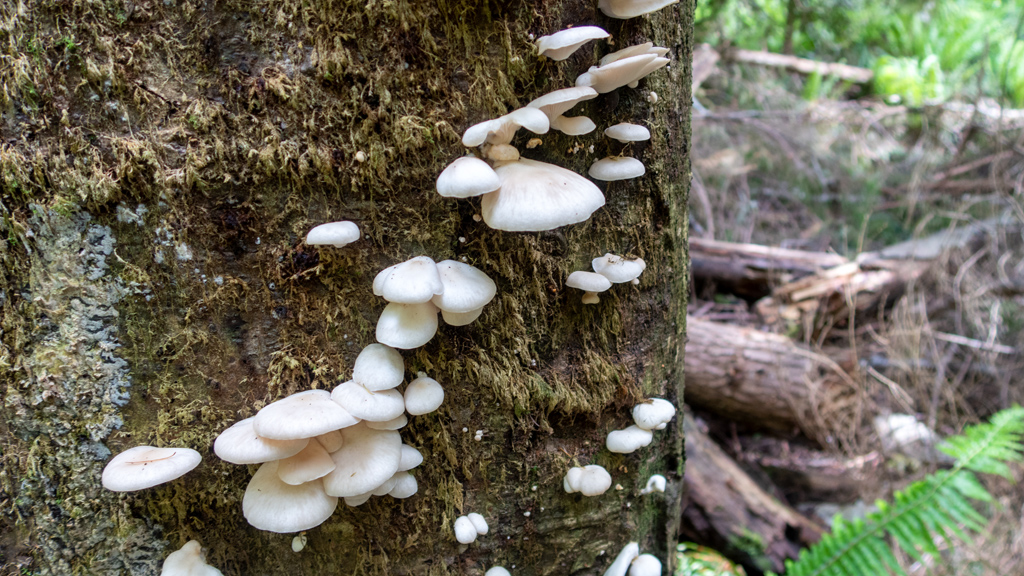 Once I got to the opposite side of Fragrance Lake as the previous photos, I saw the Fragrance Lake Lookout Tree, which is exactly what you’d expect it to be—a literal tree extending into Fragrance Lake from which you could look out into the lake. I didn’t walk onto the tree, not only because I didn’t want to lose my balance and plunge into the lake, but also because there was already a man on it fishing, and I wasn’t sure if me walking on it would cause us both to lose our balances and go plunging into the lake. 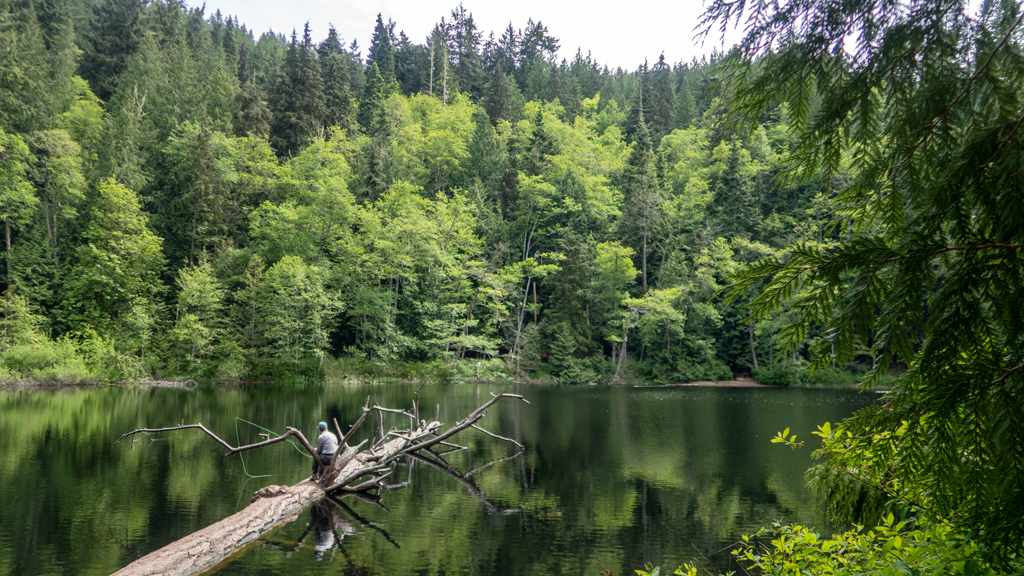 This was technically the end of the trail, so I had the option of circling around and going back to the parking lot. But, when I poked around on the map, I noticed that there was a waterfall a bit further away, so I decided to go a little deeper. I connected onto Two Dollar Trail and headed north. 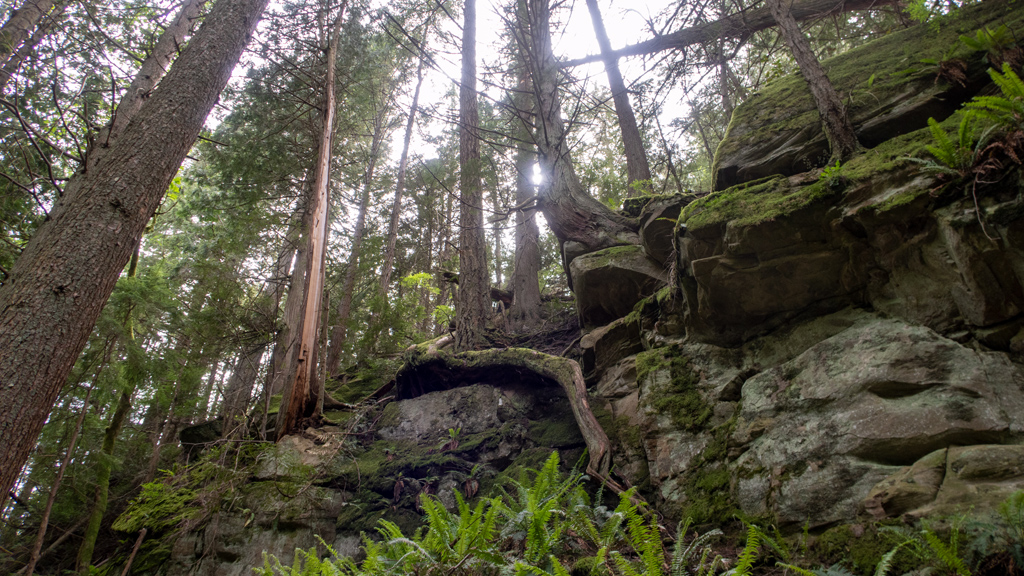 Eventually, I made it to the Lower Fragrance Lake Waterfalls. 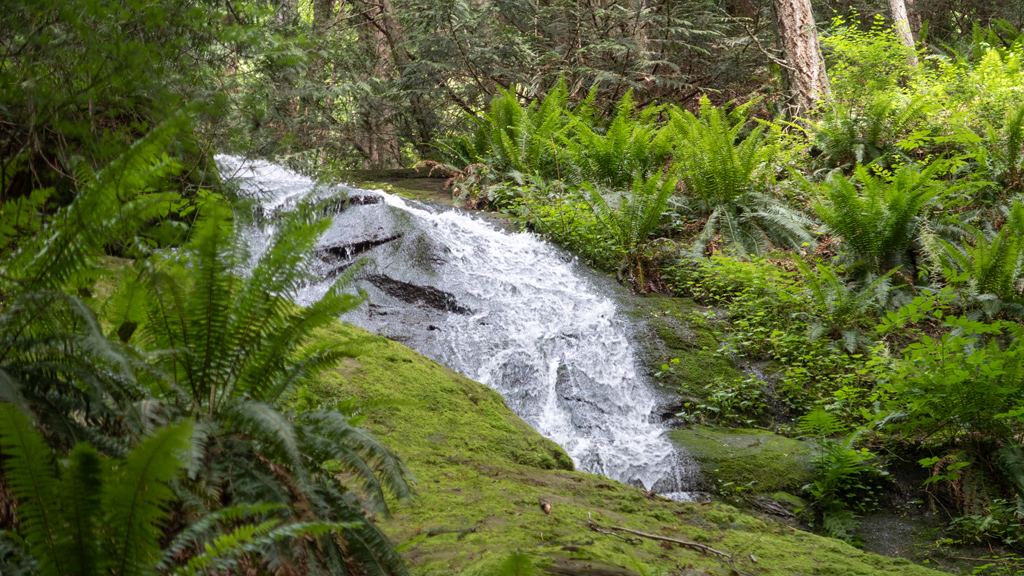 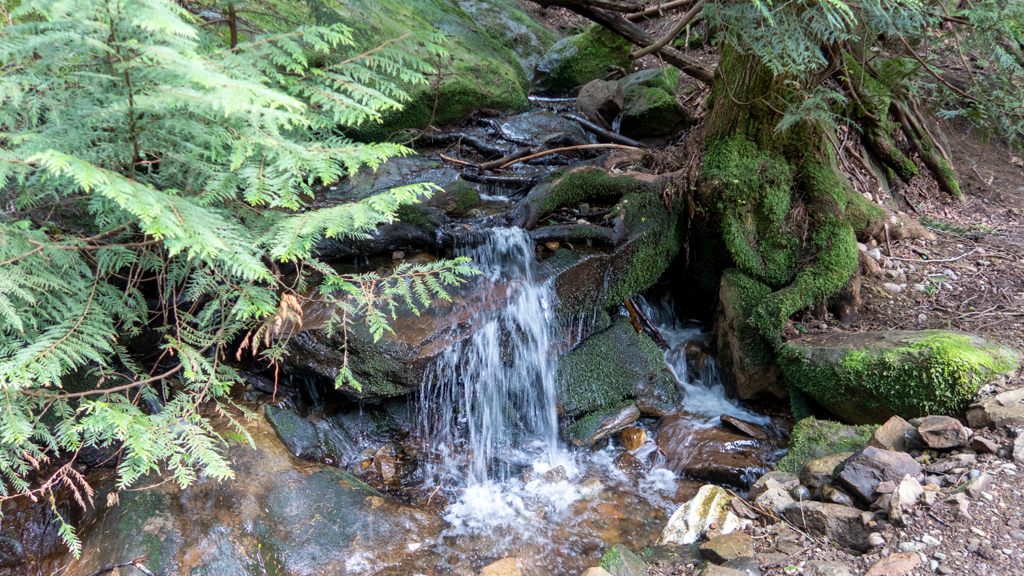 From the waterfall, I noticed that completing Two Dollar Trail would result in an additional three-mile round trip being added to my hike, so I decided against it and thought this would be a good time to turn around and head back to my truck. 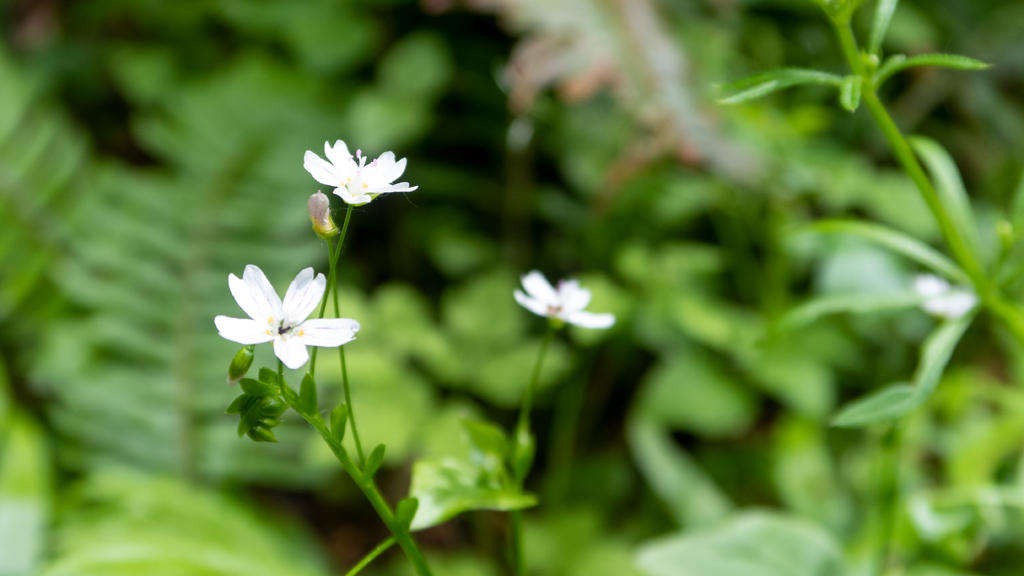 I had poor GPS and 4G LTE connection throughout the whole hike, so it seems like my tracker had difficulty monitoring my movement. It says that my total distance was 4.75 miles, but because of a late start and a few sections that it didn’t catch, I think it was closer to about 5 miles. As for elevation gain, only hiking the Fragrance Lake Trail clocks in at just shy of 1,100 feet, so with my detours to the overlook and the waterfall, I’m guessing my total hike was closer to about 1,300 feet.