After entering through the southeast in late April, I made my way all the way across the state of Montana, stopping for medium-to-long stays in four out of the five biggest Montanan cities: Billings, Bozeman, Helena, and Missoula.

Now, I can pretty confidently say that Montana is my favorite state in the United States, bumping the other states down one place. I obviously don’t have comprehensive exposure to either Mon­tana or Colorado, but with my limited experience, as well as the knowledge I have about the areas of the states that I haven’t been to yet, I still think Colorado is amazing, but Montana beats it out by a little bit.

I’ve briefly touched on almost all of these points already sparingly throughout my previous Montana blog posts, but I figured I would do a summarized round-up and try to pinpoint some of the key reasons why Montana has taken my #1 spot:

I have plans to head into Canada for a bit over the summer, and because of how positive my experience has been in Montana, I’m looking to cross the border back into the United States through Montana, which would give me an opportunity to drive through Glacier National Park.

For now, with the current leg of my Montana visit wrapped up, I wanted to share some of the leftover photos I had that weren’t quite good enough to war­rant their own individual blog post, but collectively were enough for a round-up.

This first set of photos comes from the Holter Museum of Art in Helena, Montana. This was a relatively small museum with free admission (though I made a donation of US$5 to serve as an admission fee) that seemed to primarily feature art made by the children of Helena. I’m used to going to major museums with famous art pieces, but looking at art made by kids was a very unique experience and gave me some insight on how the current youth per­ceives the world.

I went through a phase a little while back of being very interested in “luxury” books with full-grain leather covers, gold foil wrapping, and other unique features. One of the things I liked was art painted on the side of the book that morphed perspective when you opened and closed the book. I found something similar at this museum, which isn’t bad, considering it was painted by someone in middle school.

With my adoration of cats, and having lived with three cats with my most recent previous roommate, I liked this multi-layer art piece, which had thread link­ing the hearts of the girl and the cat. Pudding the Persian liked to sleep by my head on or beside my pillow, and this reminded me of him. 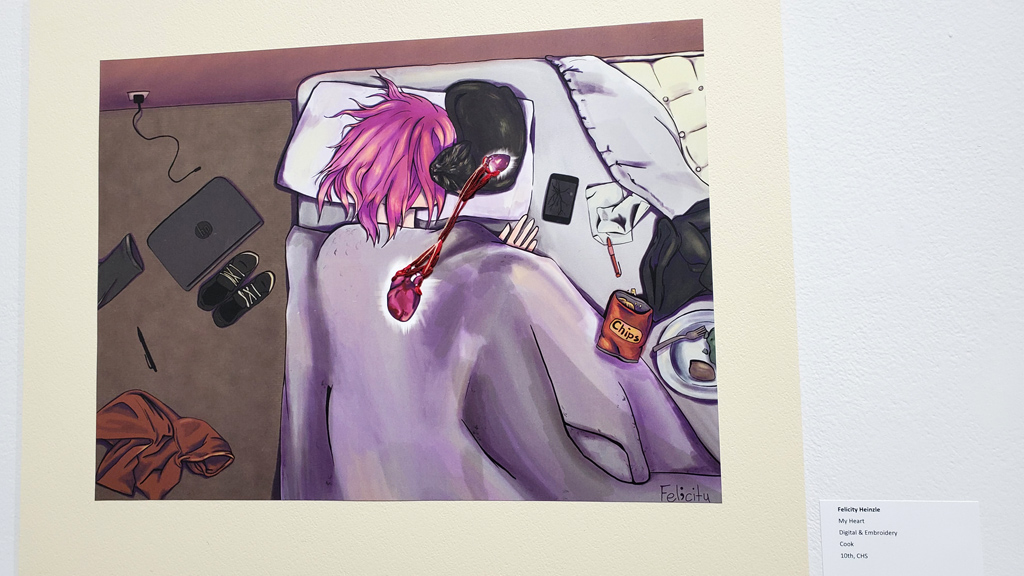 Funny enough, my favorite art piece wasn’t exactly an art piece, but rather, a satire label of the water fountain titled “Ever-Flowing Tears.” 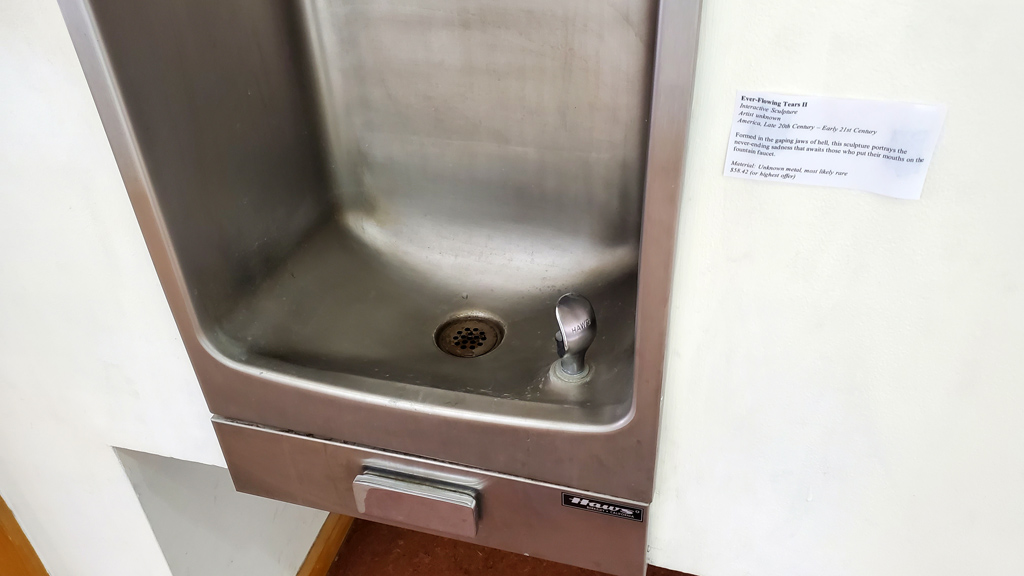 One section of the museum had wireframe models hung up on the ceiling, which I thought were very interesting. I also found it very impressive that a student managed to put all this together and have it come out so well. 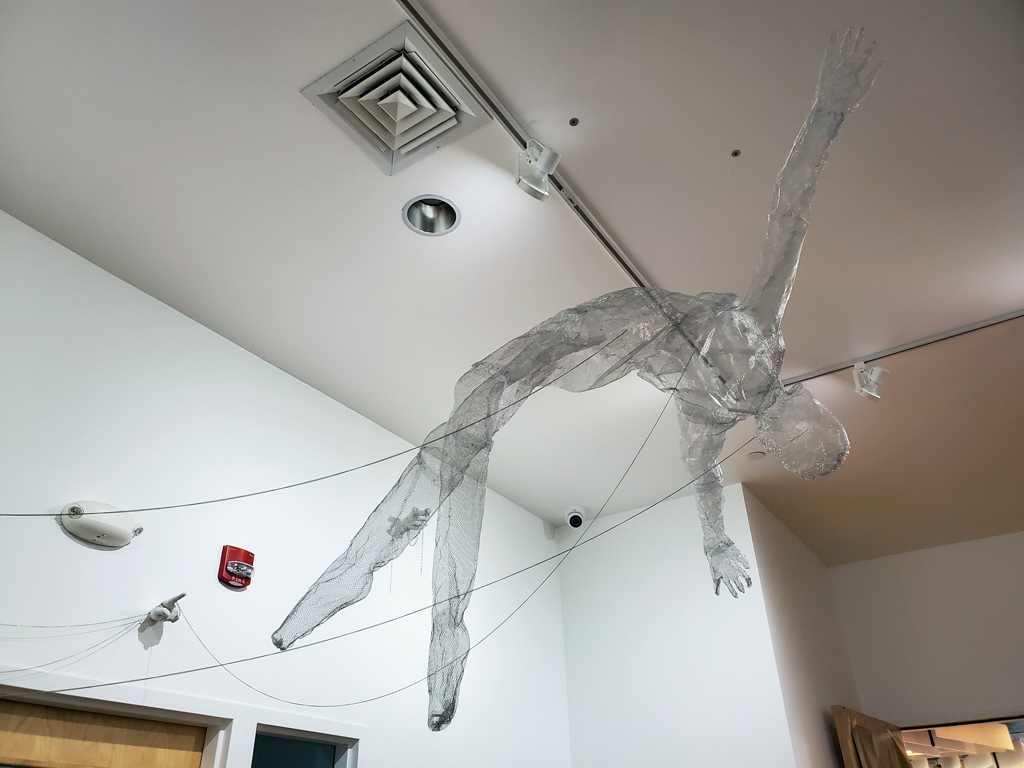 My next batch of photographs comes from Spring Meadow Lake State Park, also in Helena. 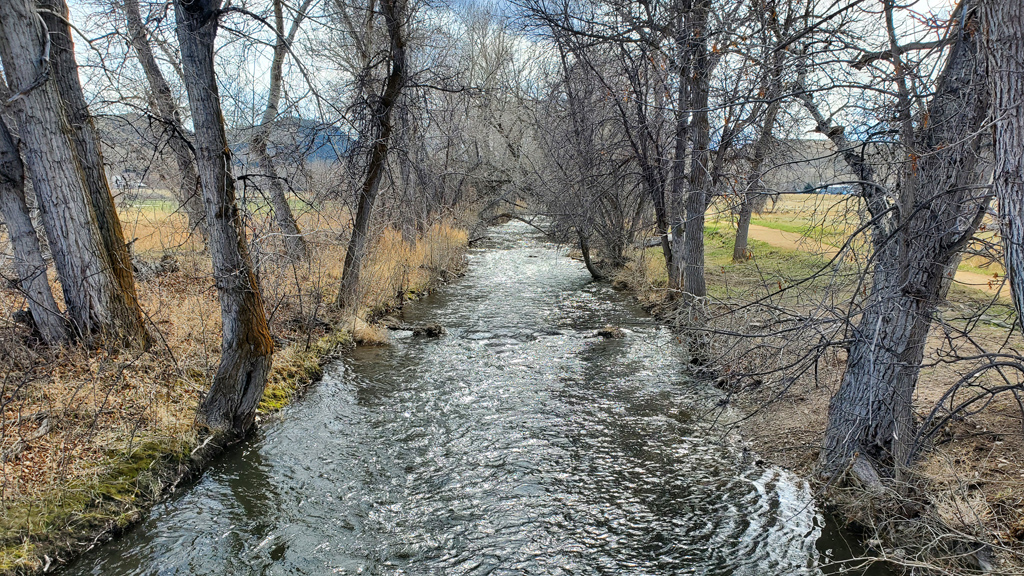 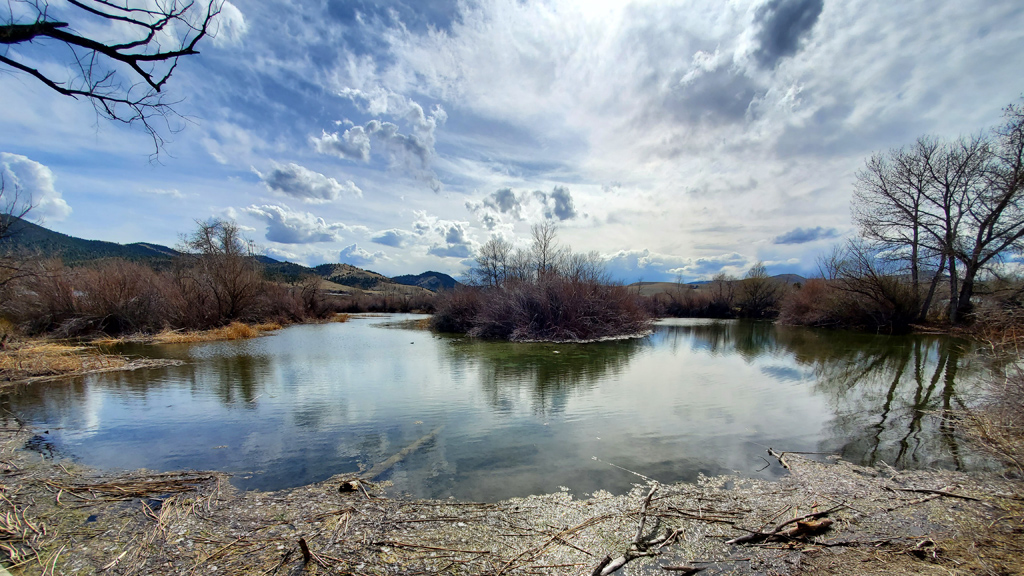 While in Bozeman, I stayed at the Residence Inn by Marriott Bozeman Downtown and was lucky enough to get a room with a balcony that had an a­maz­ing view to the northwest. It was snowy on the day I arrived, but once the snow melted, the cloud cover and fog cleared and revealed an amazing lay­er of snow-tipped mountains. 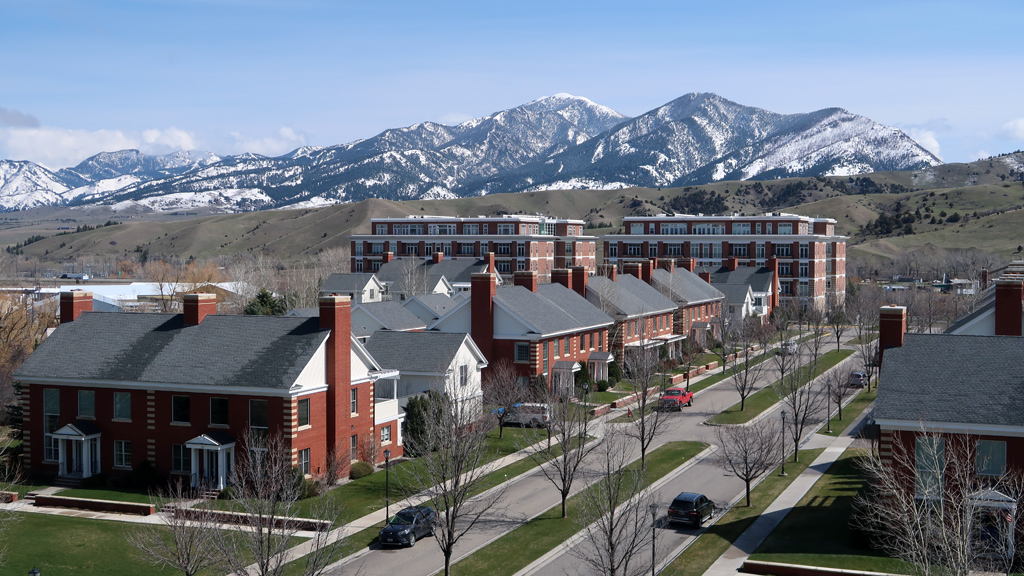 And finally, I like to share hotel room photos when I stay at a new hotel brand or one that is of a newer generation of interior design. In Helena, I stayed at the Delta Hotels by Marriott Helena Colonial, which was my first ever Delta. It seemed like it was an older hotel, though the interior was still nice and simple. The lobby area of the hotel had a vintage-feeling staircase going up to the second floor, and the building itself was actually quite large.

During my stay, I noticed that it wasn’t really that busy and the rooms weren’t getting filled, but the meeting rooms were bustling—it seemed like com­pa­nies rented out meeting rooms for corporate events during the day, and I saw that some of them were even being used for Advanced Placement ex­ams for high schoolers. 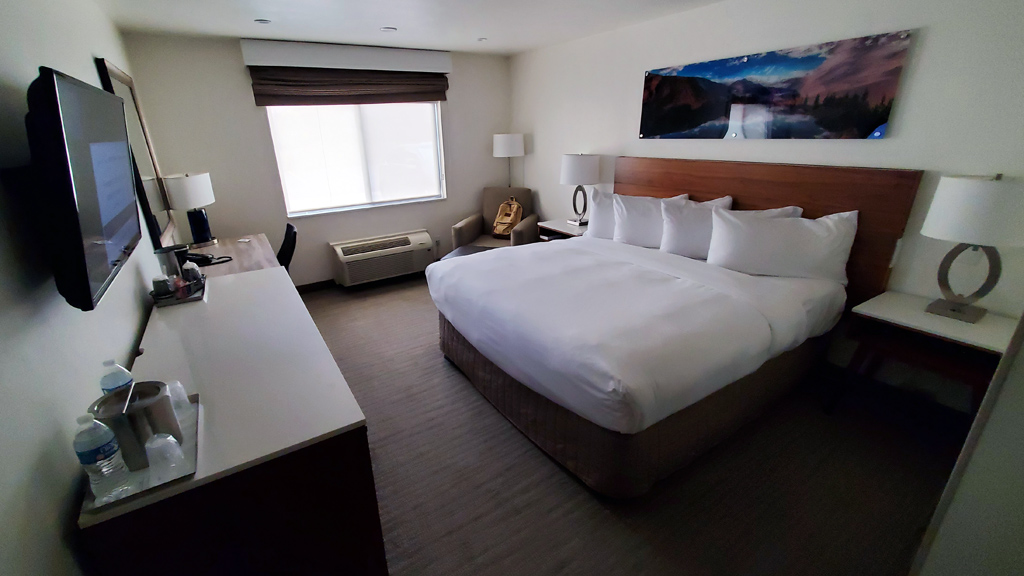 With Montana complete, here is the latest in my travel map: 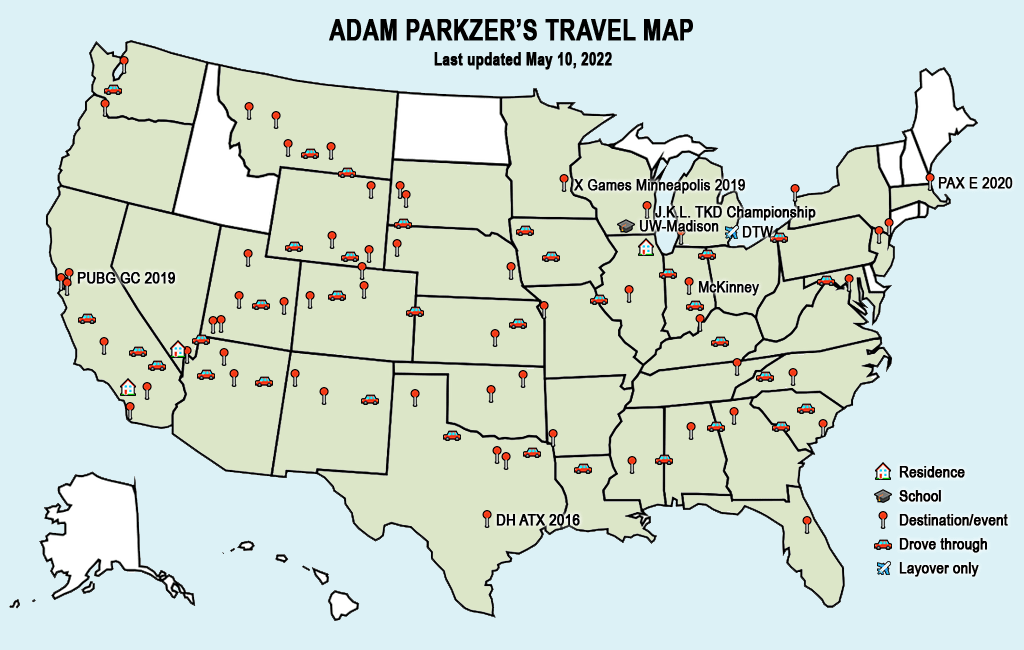