After making stops in Billings, Bozeman, and Helena, my final stop in Montana before heading west into Idaho and Washington was Missoula. I only ended up booking two nights in Missoula because hotel prices were high and there wasn’t much availability for my special promotional discounted rate that I’m eligible for.

On the day I made the two-hour drive from Helena to Missoula, I made a stop at the “M” Trail on the eastern side of Missoula to get in a quick hike during the time I had before check-in for my next hotel was available.

The trailhead is in the University of Montana campus, but I was able to get free parking in a lot on Campus Drive near the police department because I hiked on a Sunday, and restricted parking is not enforced on weekends. The trail itself is a series of fourteen switchbacks leading straight up to the big, white “M.” Because of the steep incline being built on the side of a mountain, there were nice views of Missoula on the way up, which progressively got better the higher I went. 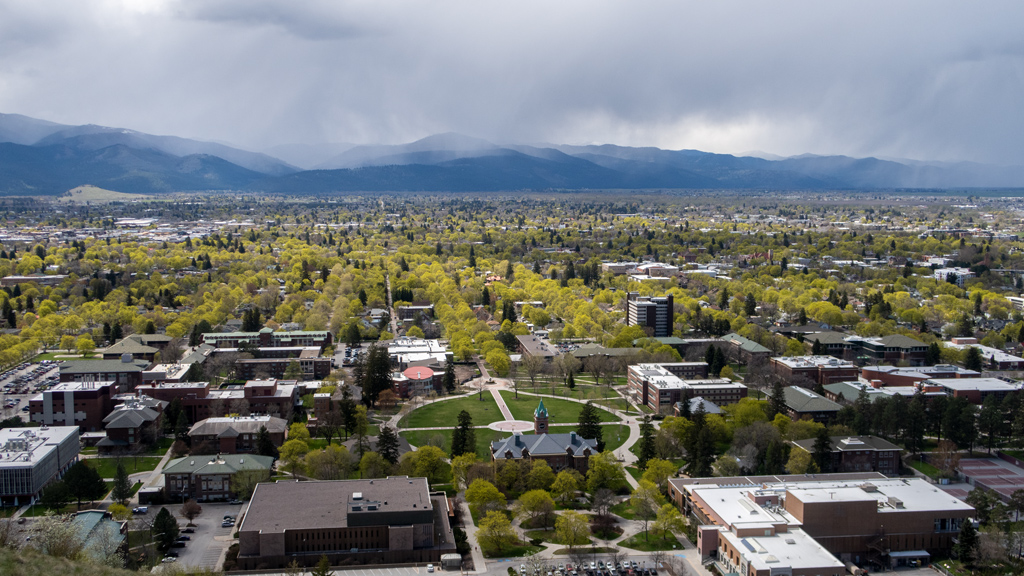 The actual “M” itself appeared to be made out of some sort of stone (or possibly concrete?) painted white. I’m suspecting it could be concrete because it appears to have been molded into that shape (rather than assembled from smaller pieces), because I noticed that there was some writing engraved into the “M” in some areas. 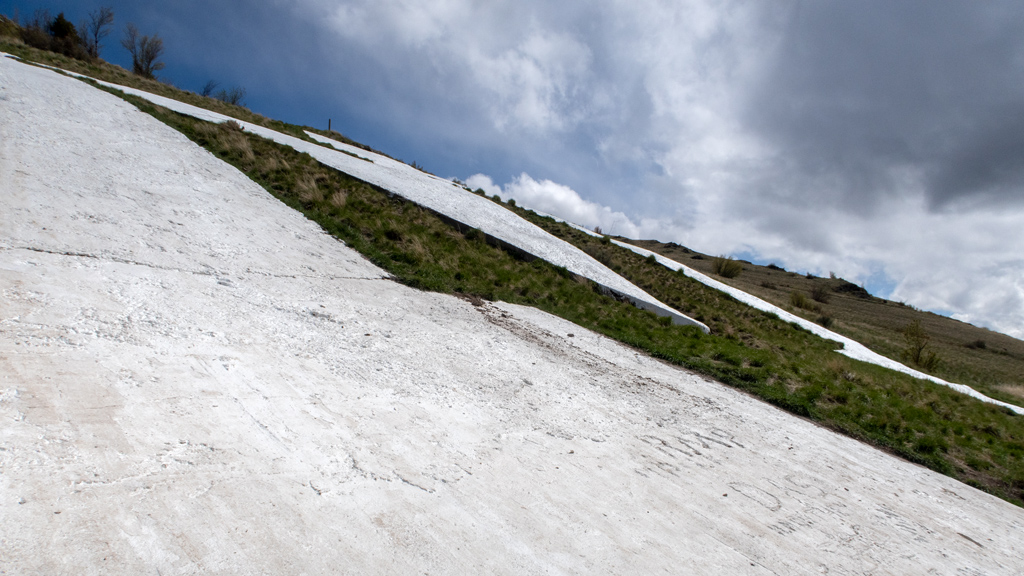 The “M” isn’t the summit of this mountain—the summit was still a way’s away at the peak of University Mountain—but I hadn’t eaten enough that day and wasn’t prepared for a longer hike, so I decided to stop at the “M.” This was still plenty high enough to get amazing views of all of Missoula, as well as East Missoula and the interstate I took alongside Clark Fork River to get to Missoula. 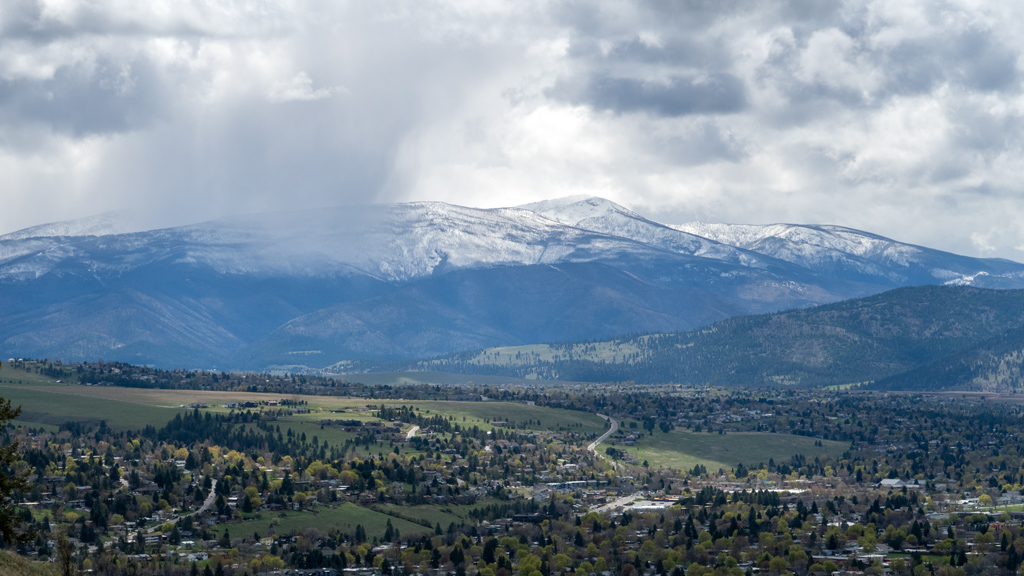 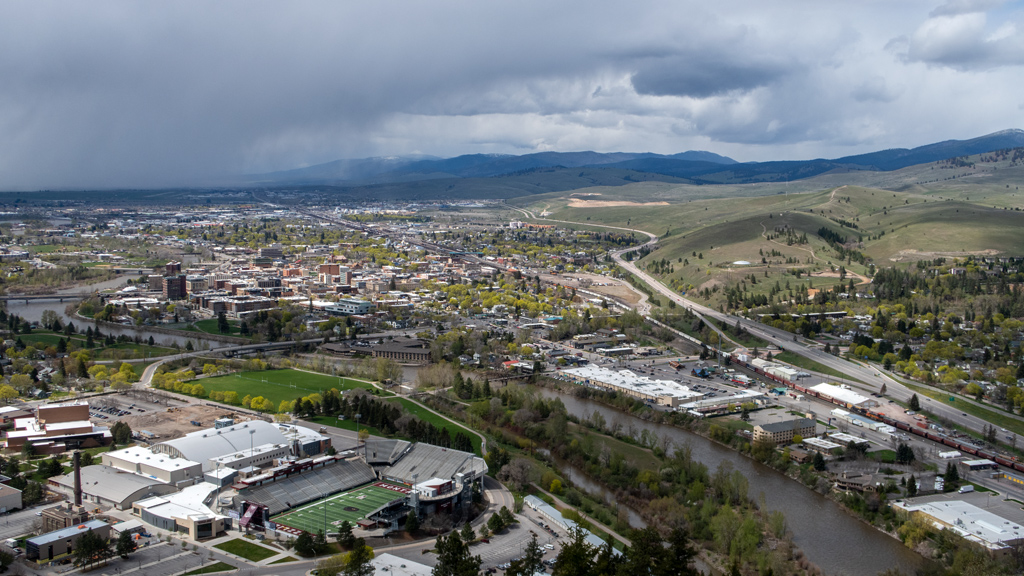 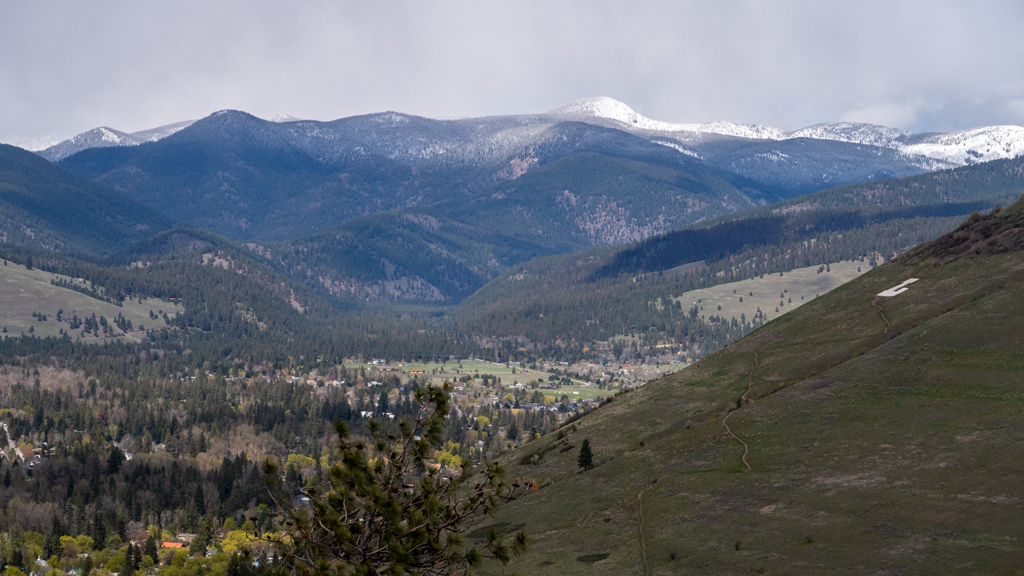 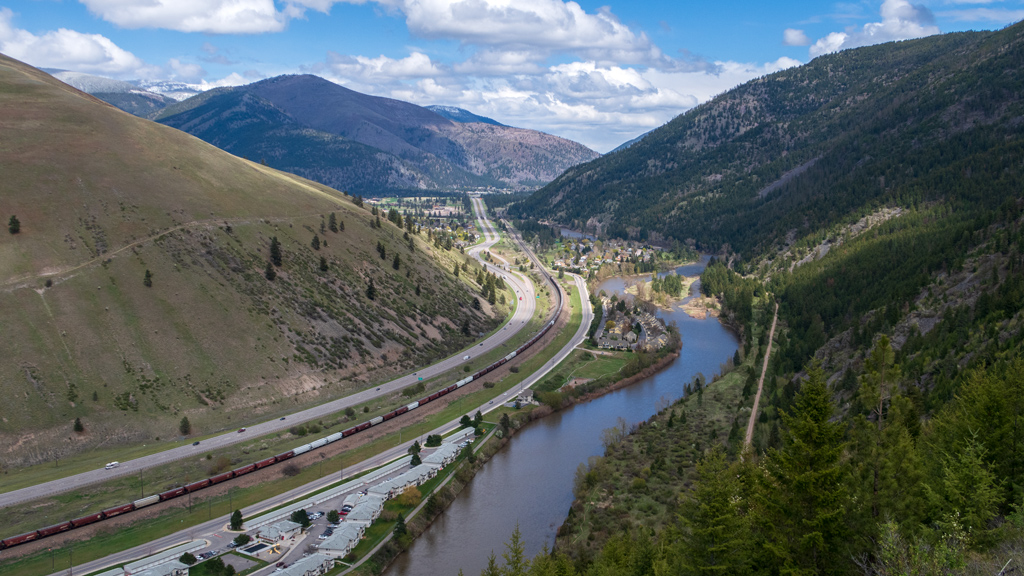 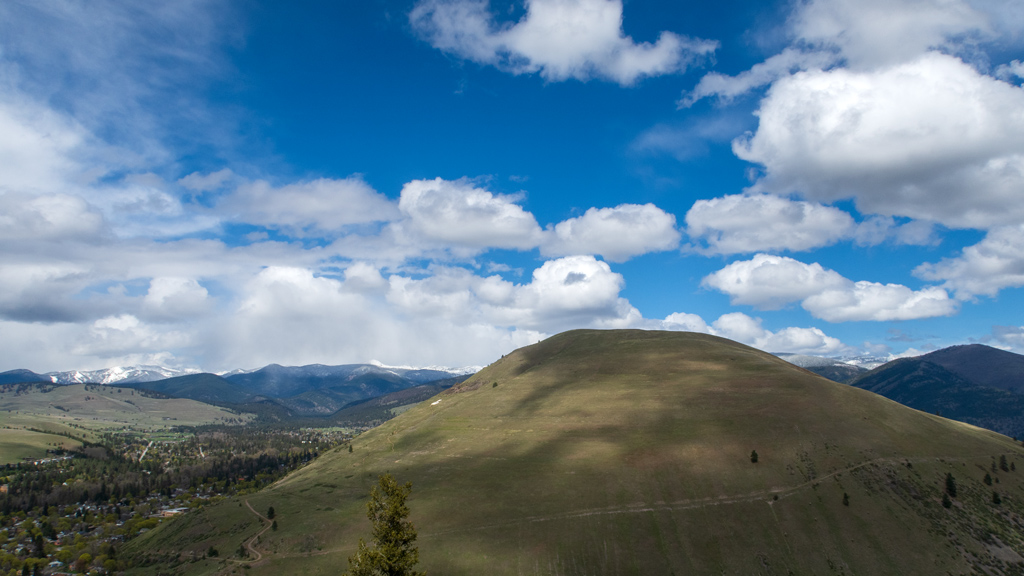 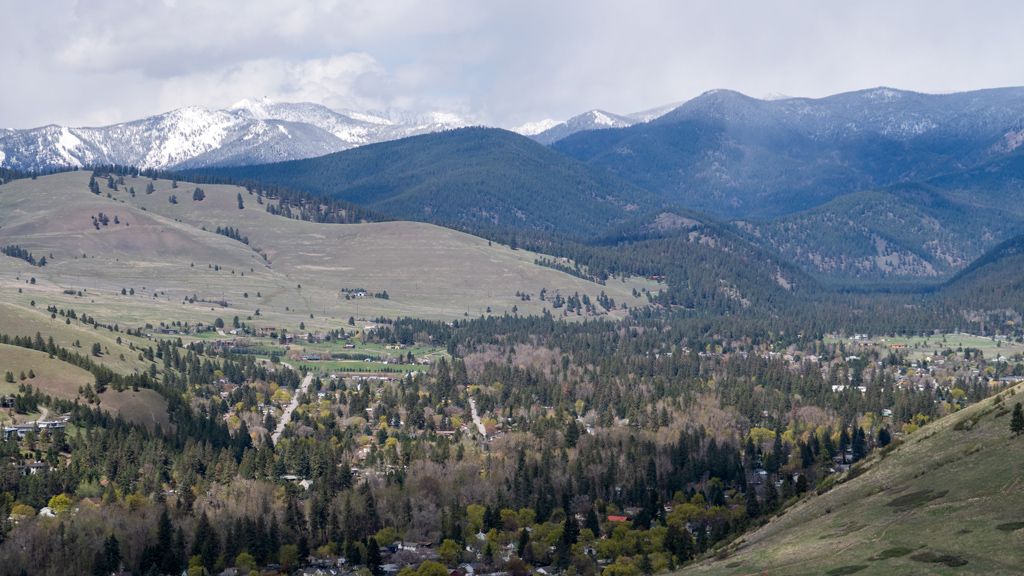 And of course, with my luck with weather, it looked like some pretty gnarly storm clouds were fast approaching, so I hurried my way back down as to not get rained on or randomly struck by lightning. 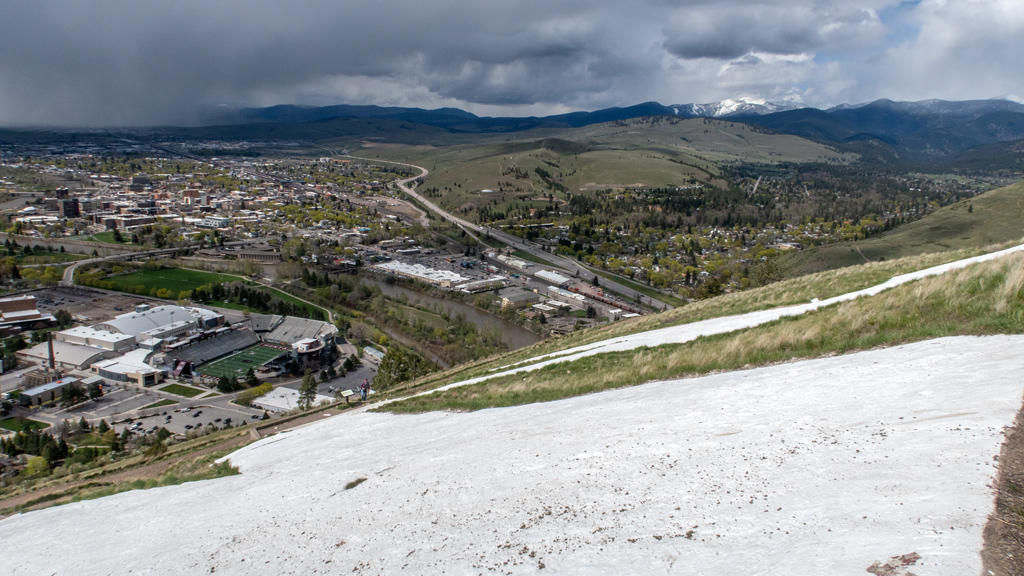 The total hike was only a mile and a half, but the grade was high enough that it would leave me winded after doing a few switchbacks. My GPS tracker shows that I hiked 1.64 miles (2.64 kilometers), but I believe only about 1.2 miles of that was part of the straight ascent up and descent down; the rest was relatively flat as I went around to the other side to get another angle of the view. The total elevation gain ended up being around 650 feet (198 meters).