After having such a great time hiking in Billings and Bozeman, I wanted to get in a few more Montana hikes in Helena. Of course, the first thing I had to do was climb to the top of the mountain named after the city—Mount Helena. 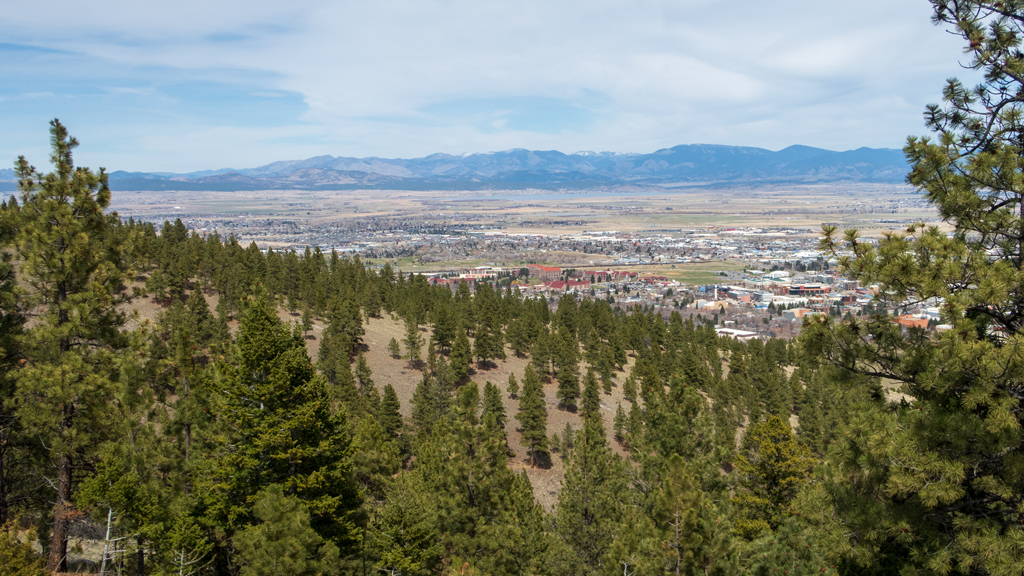 On the way up, I started on Prospect Shafts Trail. The path was easy to follow, and there were some nice views progressively throughout the whole hike. The recent snow meant that the higher mountains in the back were still snow-capped. 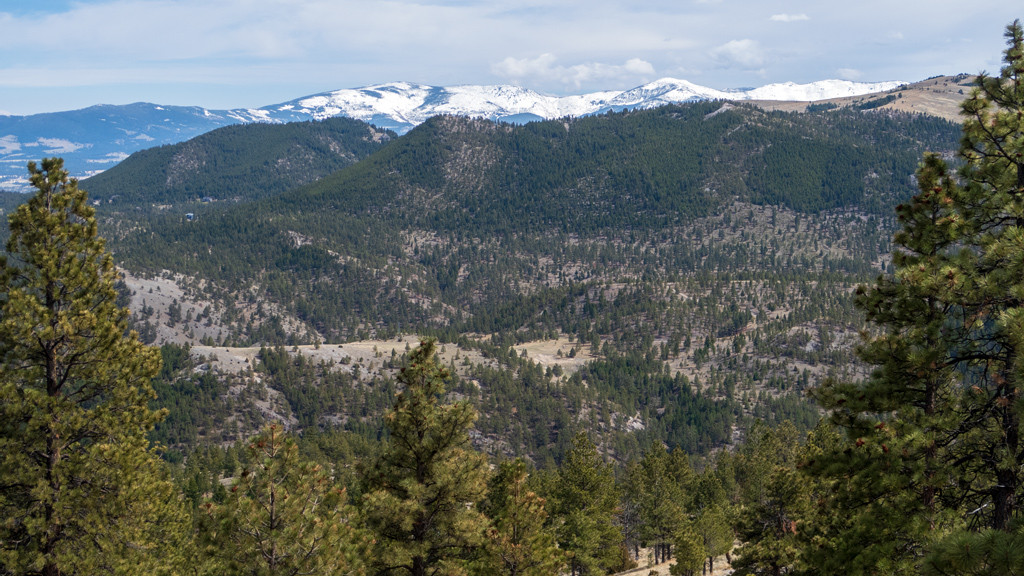 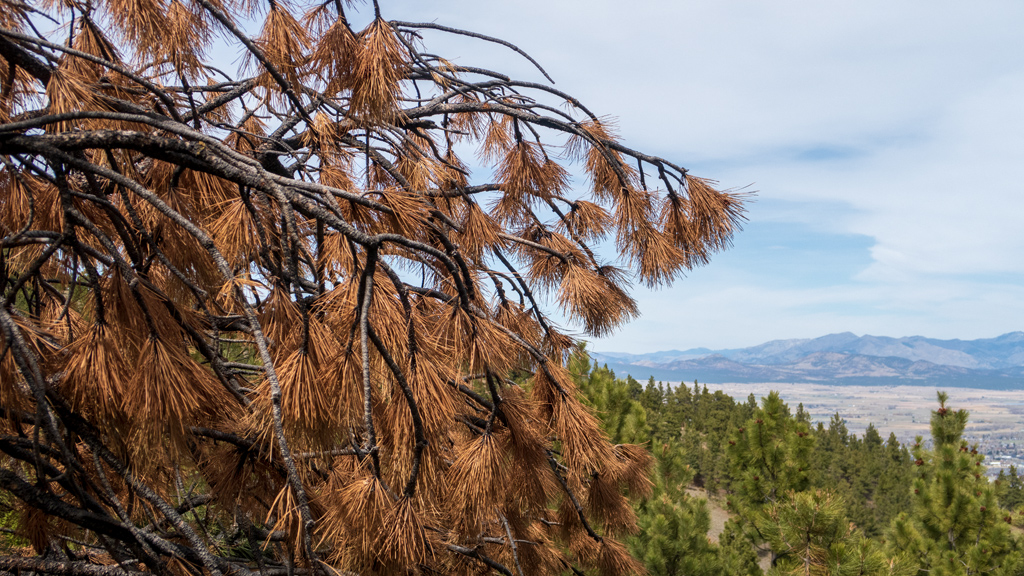 On the way up, I ran into some wildflowers… 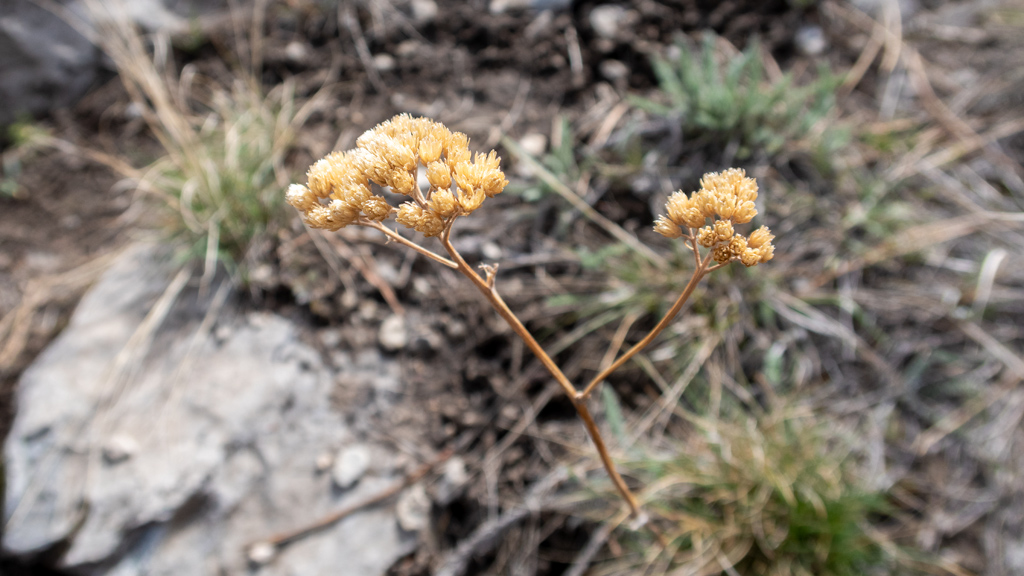 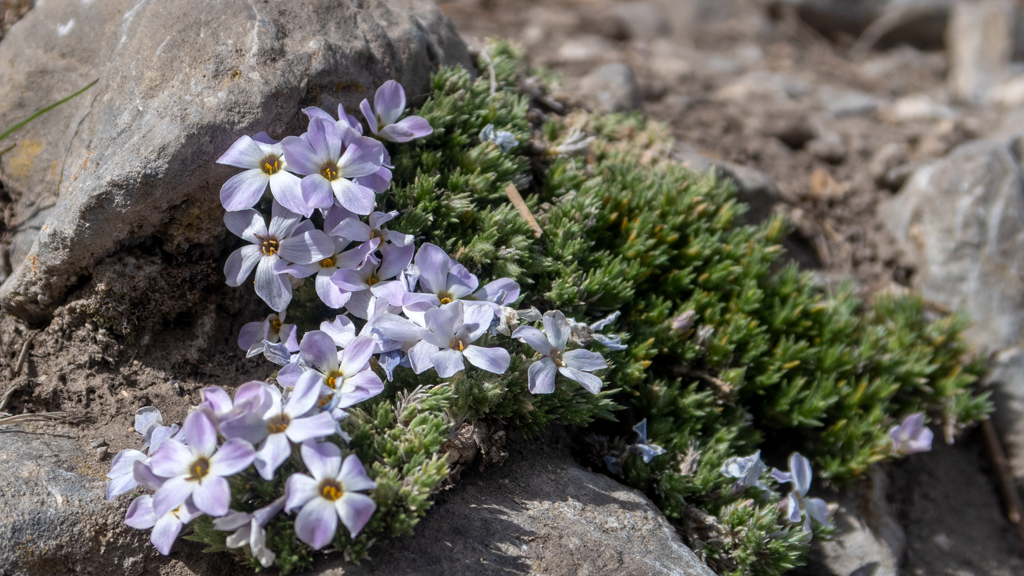 … as well as a pair of deer scavenging for food.

Usually when I run into deer, they keep their distance and are quick to flee when I get near to try and capture a photograph, but the deer I met here seemed to not mind that I was creeping closer and closer to try and get a better picture. That’s good and makes me happy, not only because I got a decent photo, but also because it tells me that the other people around here respect the deer enough that the deer have learned that people are not a threat. 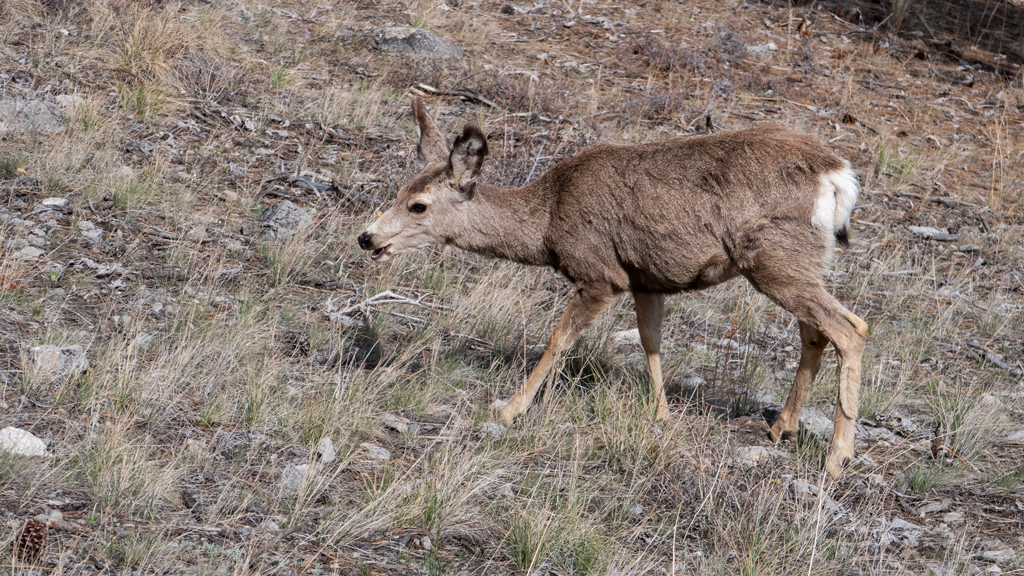 I got pretty out of breath as I got closer to the summit; I’ve done hikes with a greater total elevation gain, but the summit of Mount Helena is 5,433 feet (1,656 meters), so the oxygen gets a bit more sparse up here than at the taller hikes I’ve done on the flatter East Coast.

I connected from Prospect Shafts Trail onto Hogback Trail for the final stretch. 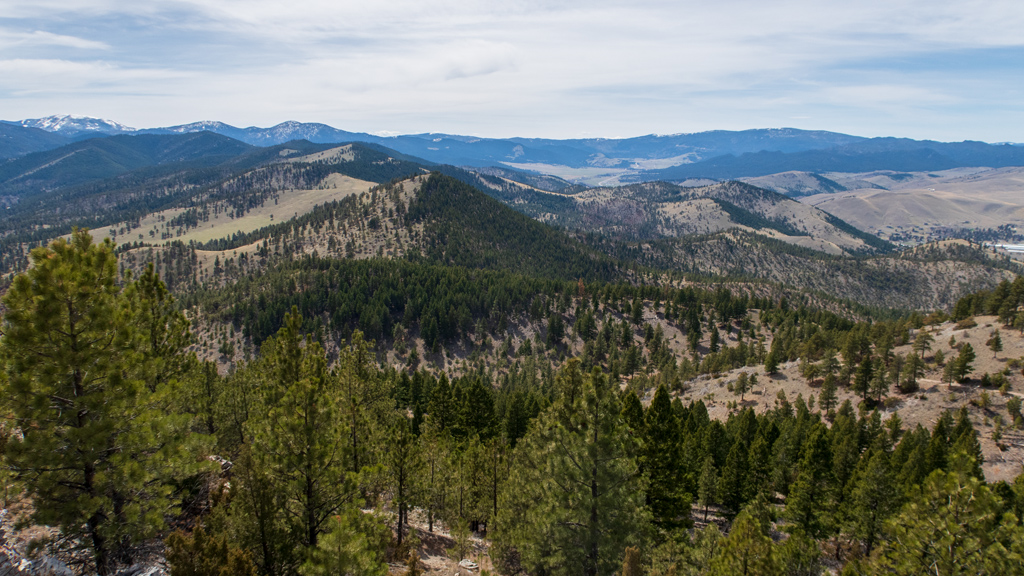 Eventually, I made it to the summit and was able to take in the vast, sweeping, panoramic views of Helena and the surrounding area.

There were two guys already there at the top. Shortly after my arrival, an old man also made it to the top; he let me know that this was the first time he had made it to the summit in five years, and that he’s been really working on getting healthy and fit again. 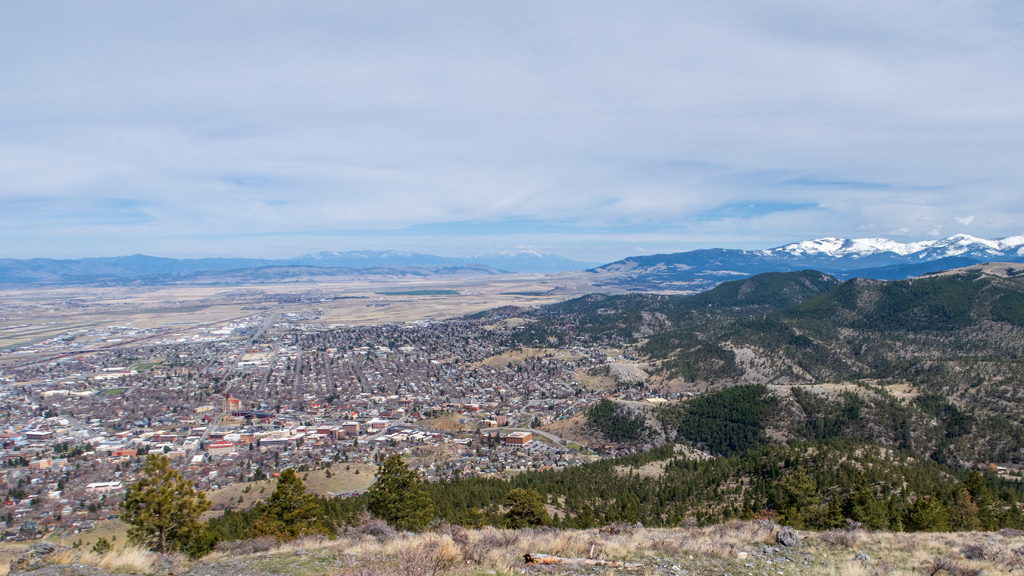 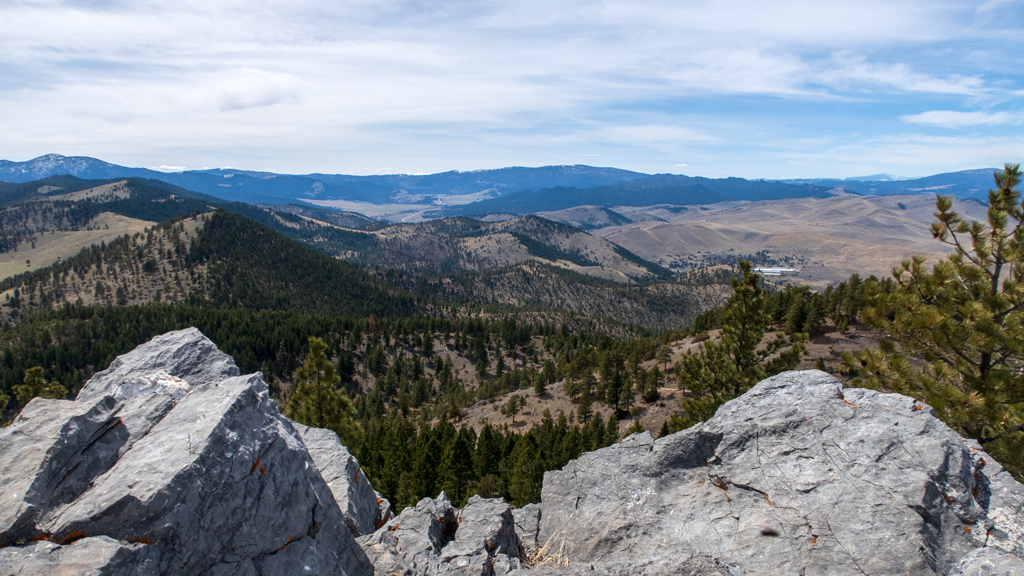 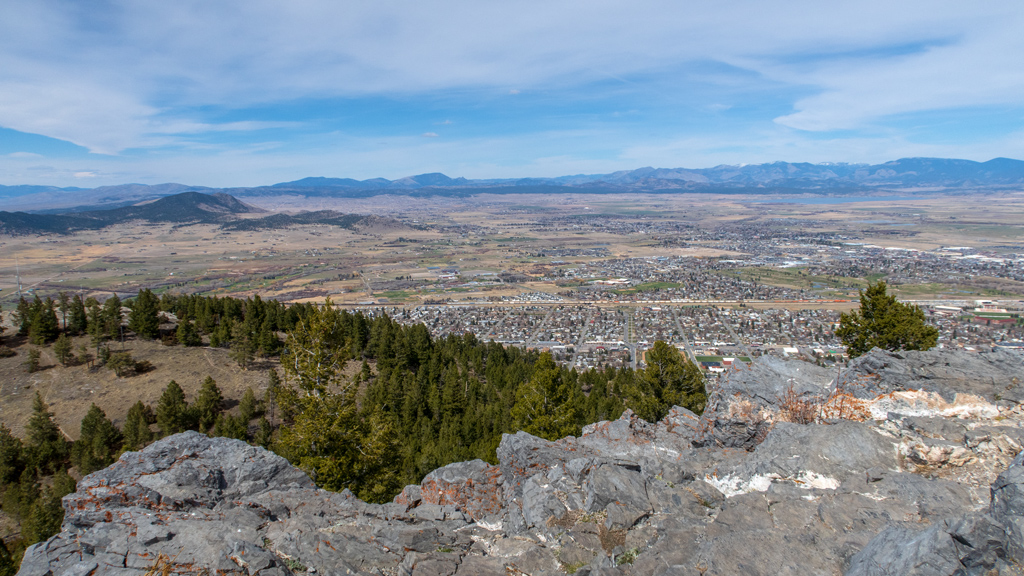 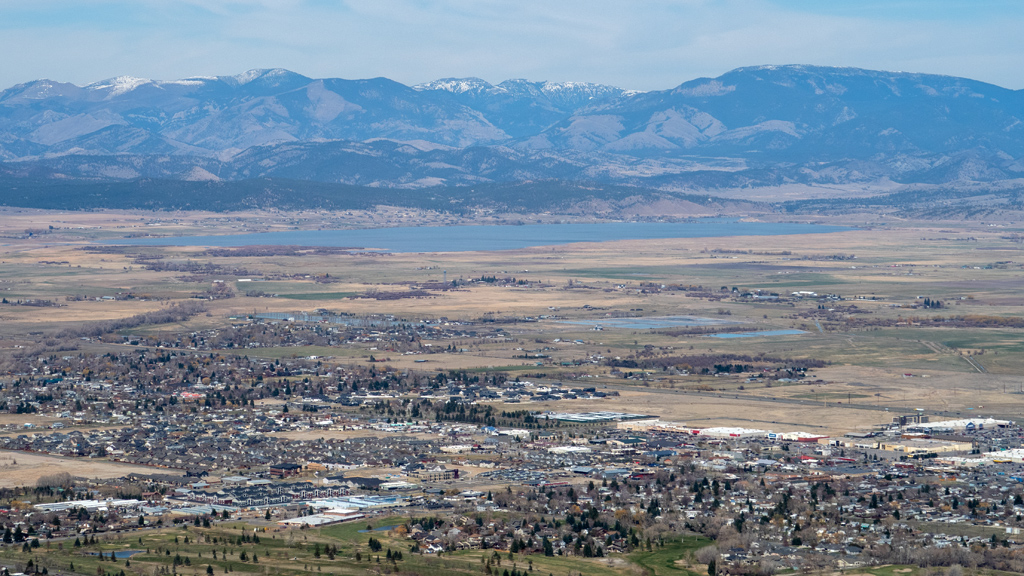 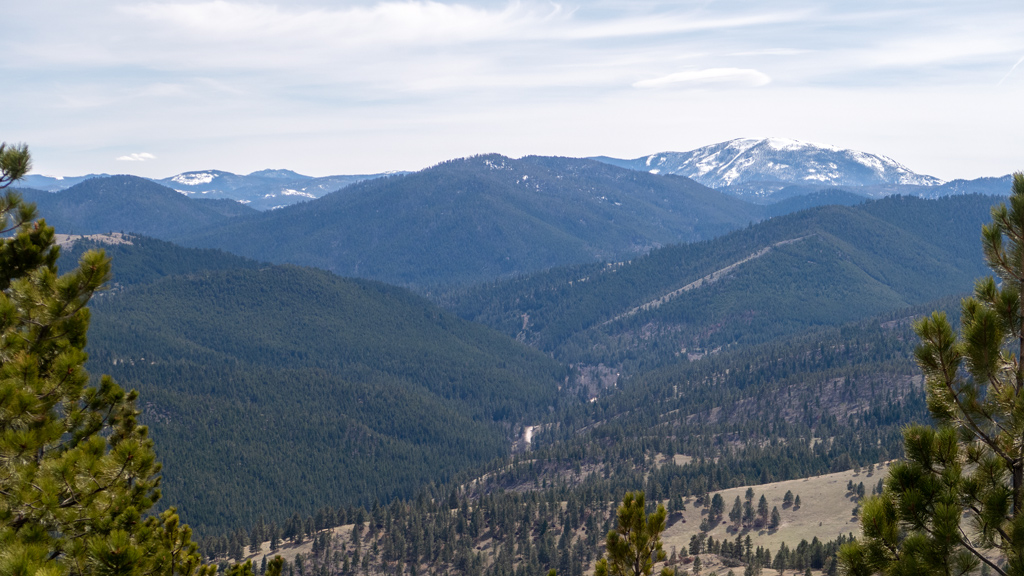 On the way down, I switched over to Powerline Trail. The distance was shorter, which meant that the grade was a lot steeper, so it took a bit of extra focus and control not to trip, fall, and slide down the mountainside.

In total, the path I took was just over two and a half miles (which translates over to a little over four kilometers), and had a total elevation gain of about 1,100 feet (336 meters).

Needless to say, if you ever visit Helena, I definitely recommend hiking its namesake mountain. It’s a great workout, it has unobstructed views of the city and Lake Helena to one side, and amazing views of the mountains on the other.