I wanted to get in a hike in Cheyenne before heading out for my next destination, but I noticed that a lot of trails near the city were just greenways that connected different neighborhoods. After expanding my search radius, I came across Curt Gowdy State Park, a state park about half an hour west of the main city of Cheyenne.

I was anticipating doing a quick hike out to and back from Hidden Falls, but long story short, the quick hike ended up on the not-so-quick side.

I successfully found my way to the parking lot and the trailhead. Unfortunately, although the trails were actually pretty well-marked for off-road vehicles, they were almost not marked at all for foot hikers. Because of this, I just found a trail and started walking, and it ended up being in the wrong direction.

After occasionally taking a peek at my GPS (which was difficult, because there was extremely poor signal out there), there came a point where I realized that my trajectory was way too far off from Hidden Falls, so I retraced my steps and found a different path I could take. That path also ended up being in­correct; I made it much closer to Hidden Falls, but it took me to the foot of a mountain and Middle Crow Creek, and it wasn’t very realistic for me to attempt to cross the creek into forest and try to climb straight up a mountain without realizing where it would take me. 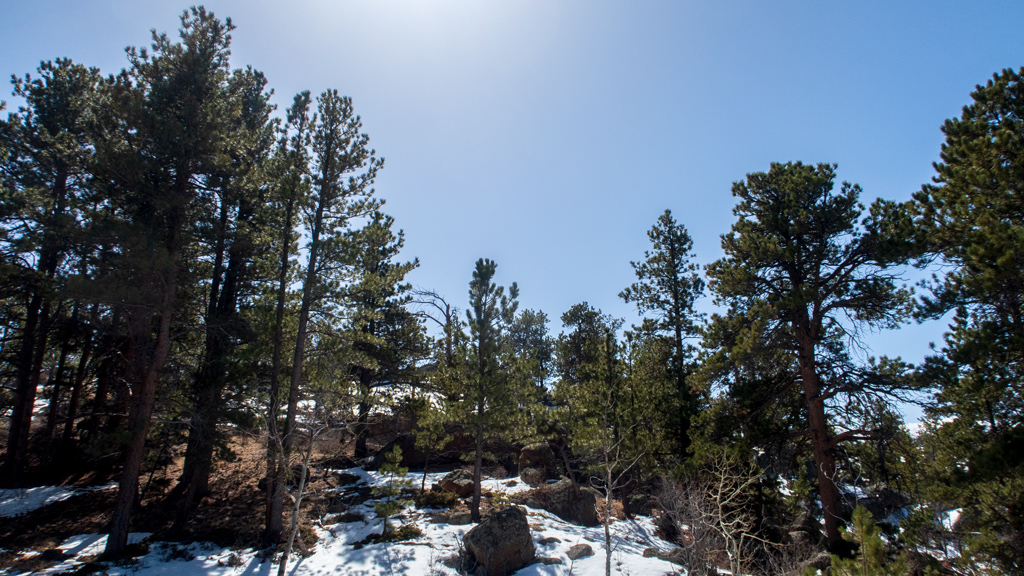 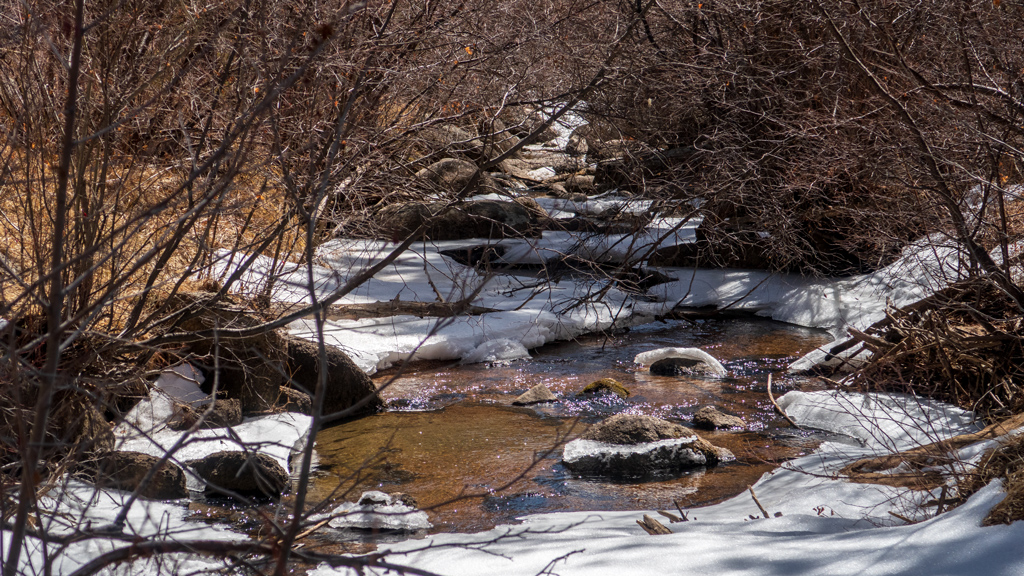 Eventually, I found my way onto the correct path, and after already having hiked about halfway or so down the trail, I saw a sign that said “To Hidden Falls,” even though this was now a straight shot to Hidden Falls and there was no possible way I could miss it.

Maybe if the person who nailed this sign to the tree was using both halves of their brain on that day, they may have come to the conclusion that the sign would have probably been far more useful and effective at the initial three-way fork in the road. 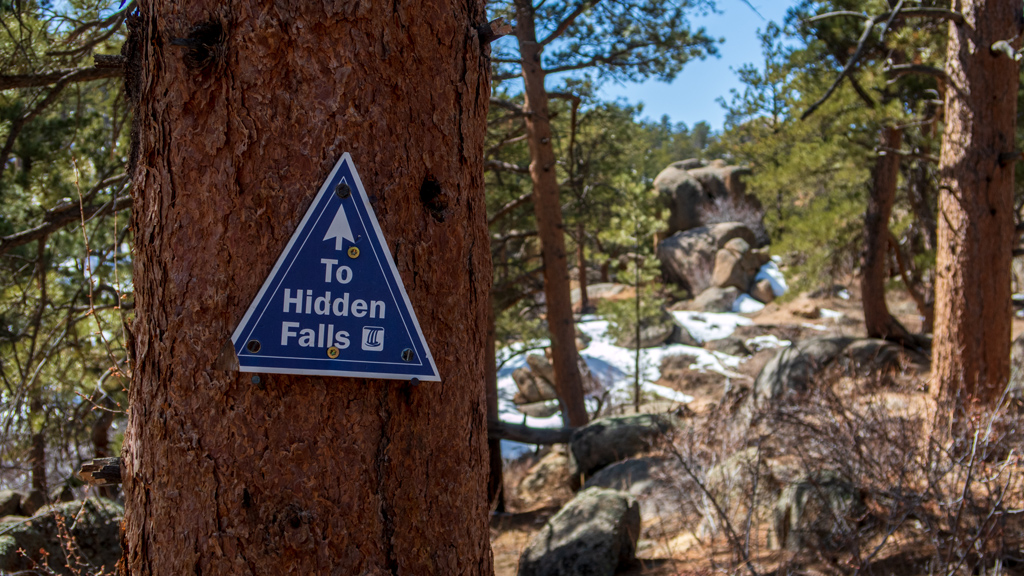 Once I got closer to Hidden Falls, the trail got much better. There were bridges in areas that were difficult to navigate, and even though there was a lot of snow and ice covering the path, there were enough footsteps in the snow from previous hikers trafficking the route that it was easy to see where to go next. 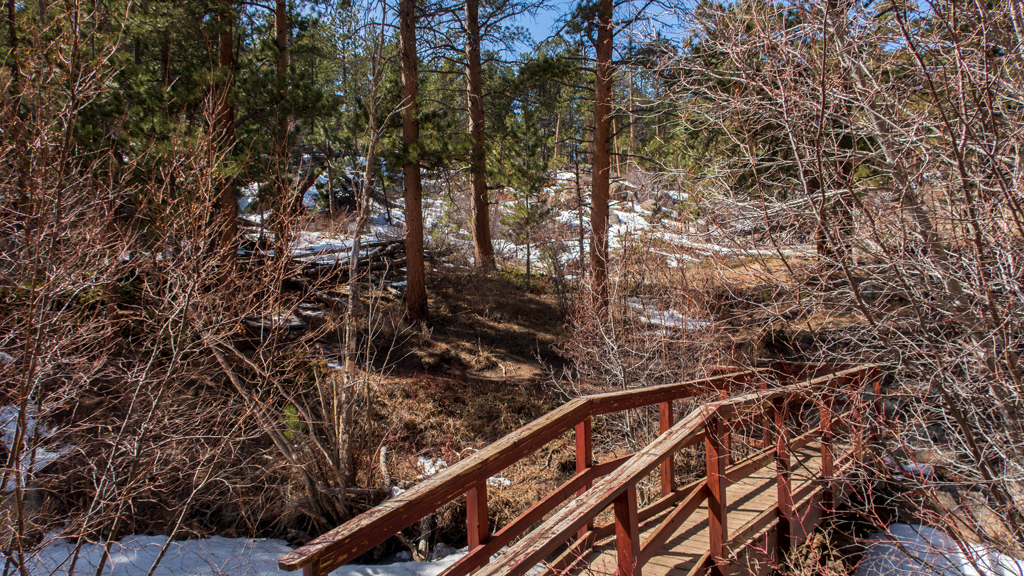 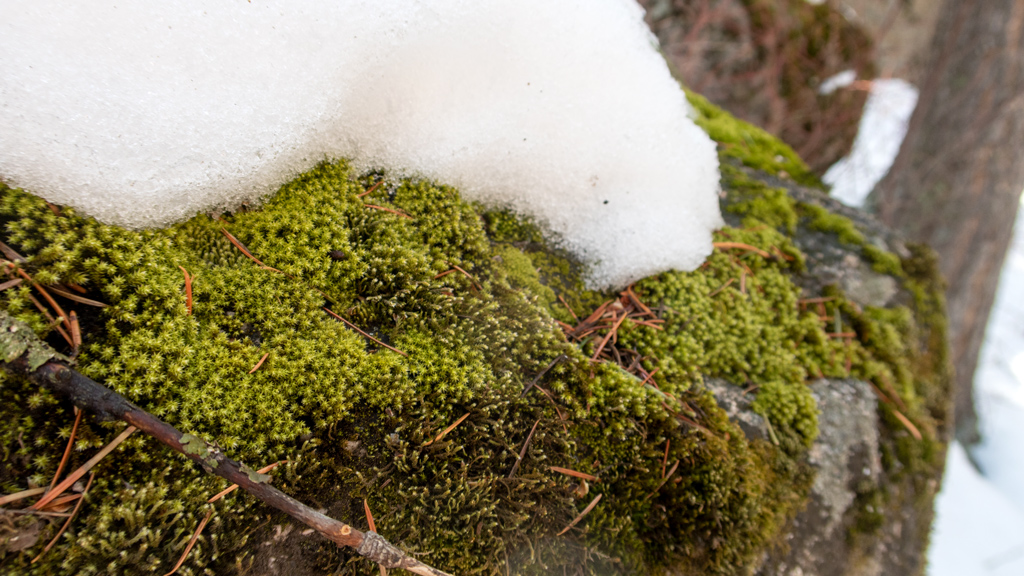 Eventually, I made it to Hidden Falls and realized that the waterfall was completely frozen over. 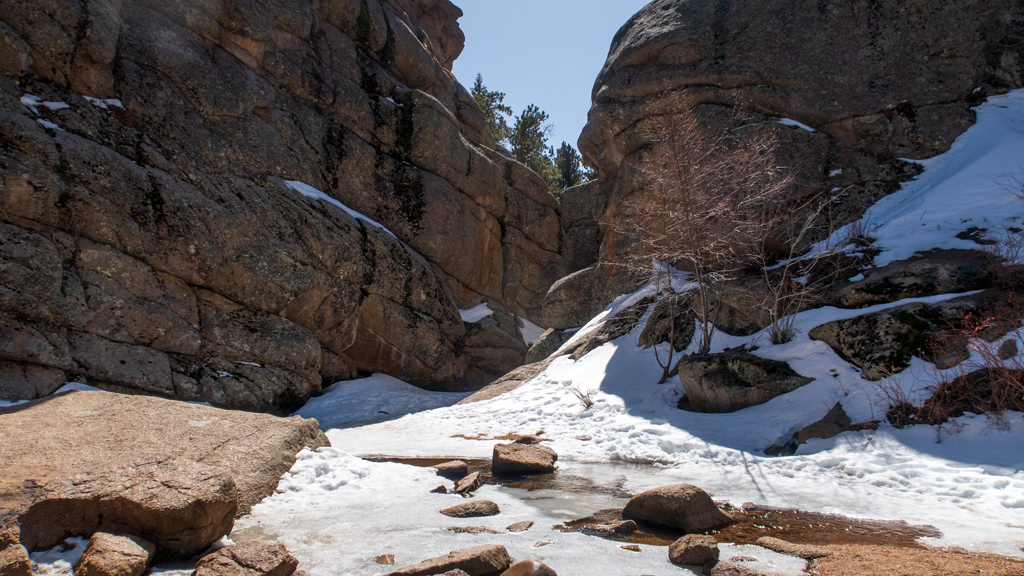 I’m actually fortunate that I wasted about an hour and a half roaming around in the wrong area, because that made it so the timing lined up where I met some ice fishermen at the waterfall. If I remember correctly, their names are Angel and Alex, and the guy pictured below goes by “Everyday Pikachu Hat Fisherman” on YouTube. Apparently the ice was extremely deep, and they actually had some success catching fish. 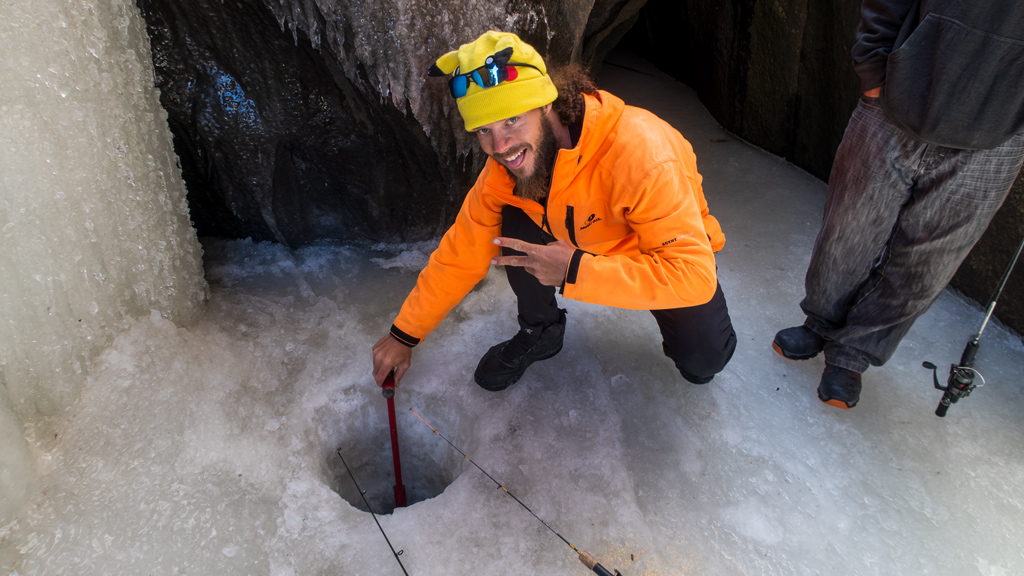 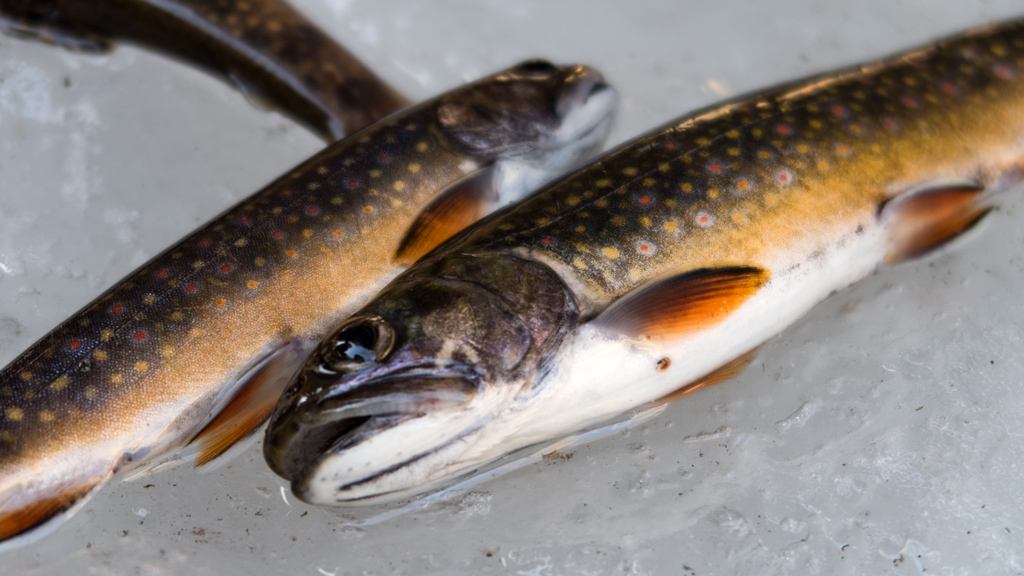 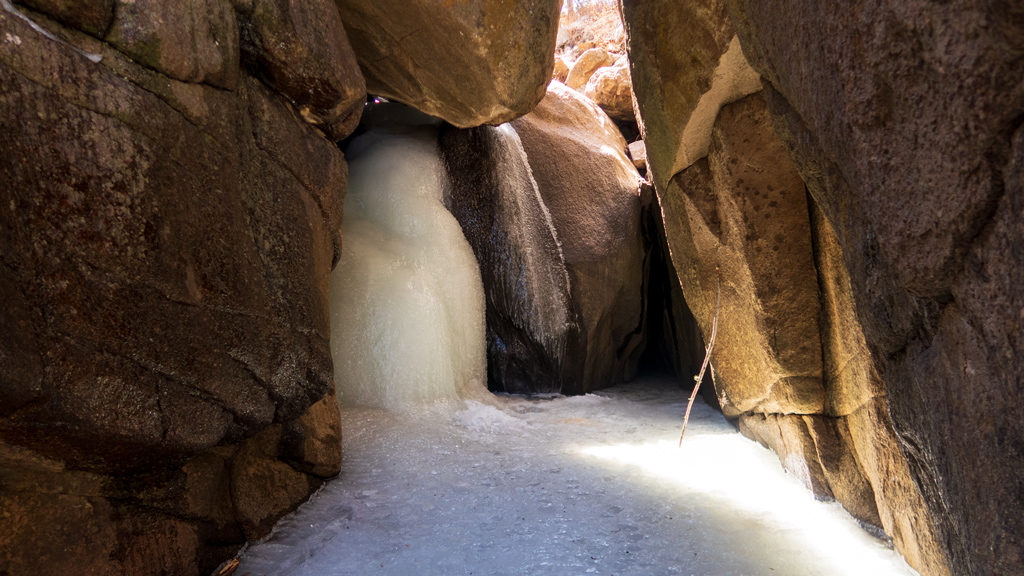 After enjoying the view, carefully sliding around so I wouldn’t get a concussion from slipping on the ice, and then making it back to the parking lot, I drove back onto Granite Springs Road and took a detour into the Happy Jack Camp­ground and shot a nice view of the Granite Springs Reservoir. 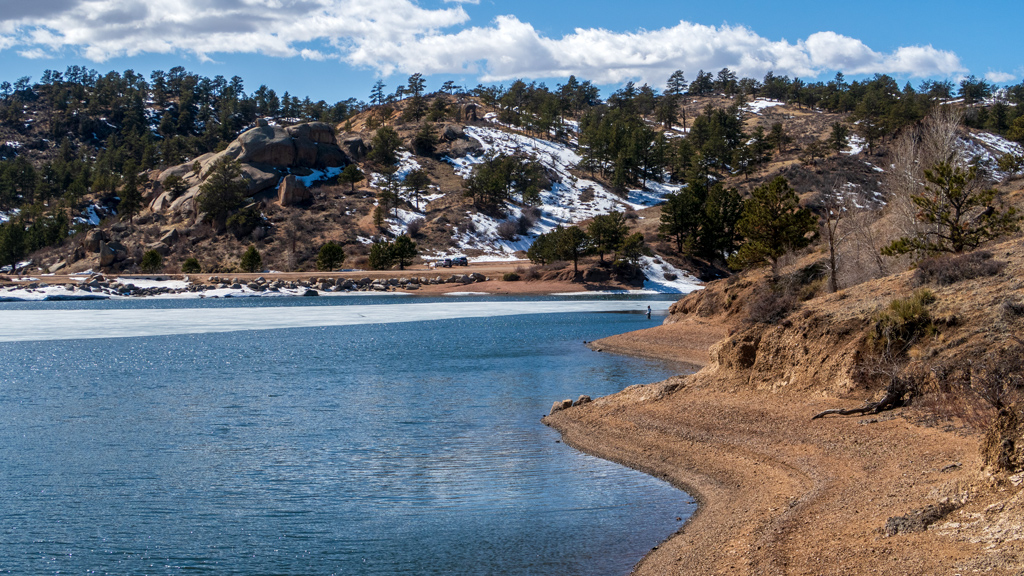 I’d say that, even though the hike ended up about twice as long as I was anticipating due to my poor navigation, it was ultimately a success. The scenery was great, the air was fresh, and the frozen waterfall was very intriguing. I also enjoyed meeting the ice fishermen and watching them fish—I’ve seen pho­tos and videos of people ice fishing online, but I never expected to be able to see it in-person, especially without having to go to somewhere like A­las­ka.

Here are some below-the-fold bonus photos of the hike out to Hidden Falls, as well as another shot of the reservoir: 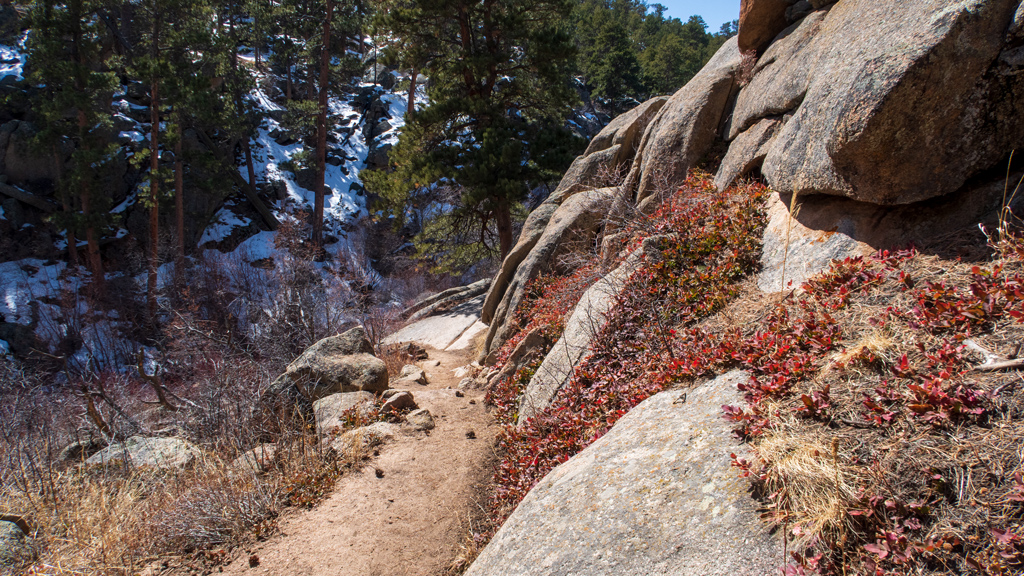 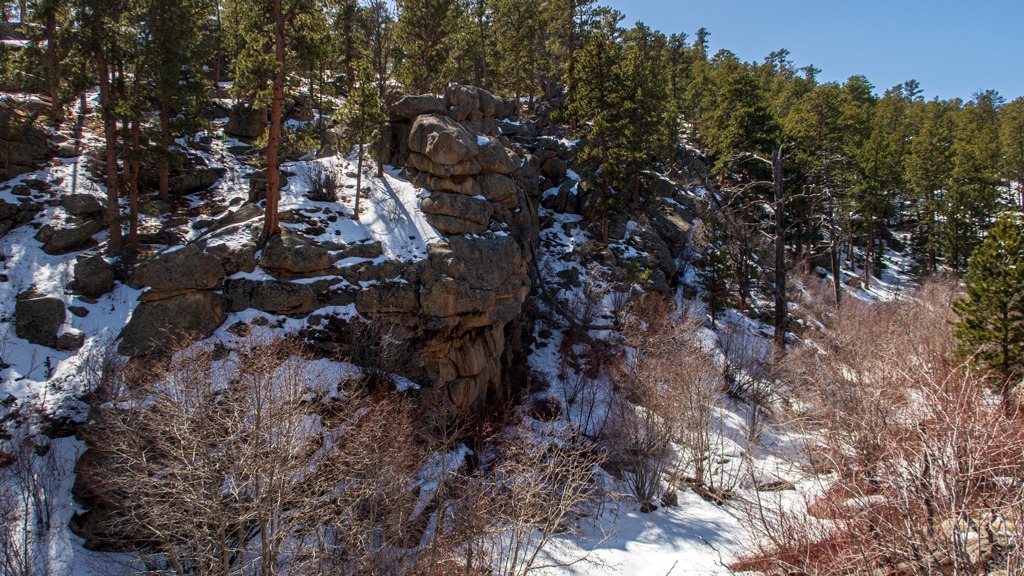 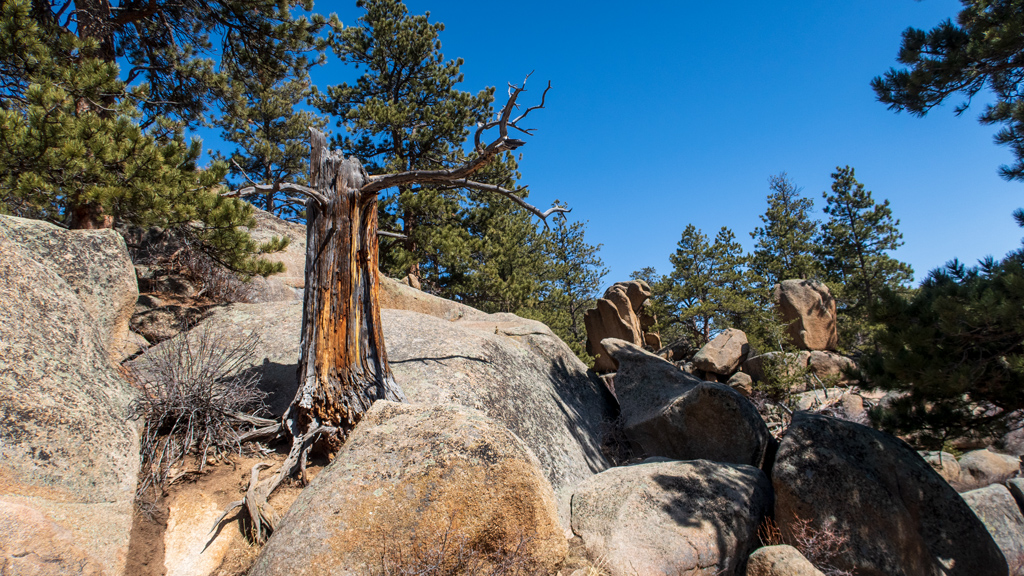 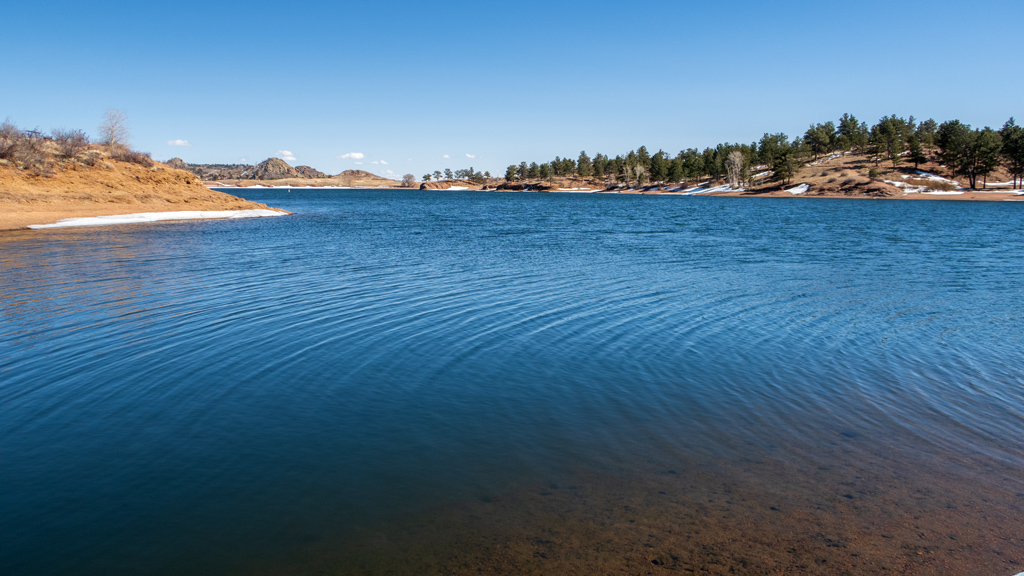