Since my previous big loop around the country, I made a very important purchase… I bought a new laptop so I wouldn’t have to keep using my 8-year-old Chromebook that can’t actually run any software except for web apps (and sometimes, even that is a stretch). This affects my road trip for one big rea­son: I’m way more willing to make intermissionary stops between longer destinations.

Previously, I would only drive from major city to major city, then spend about a week (or more) at each destination. Upon arrival, I would bring in my entire desktop computer and set up my full workstation—two monitors, speakers, subwoofer, condenser microphone, peripherals, and all. Any time I did­n’t have my full computer setup meant I couldn’t work at 100% productivity and efficiency, so I avoided situations where a stop would be so short that it would be too much of a hassle to set up my entire computer.

Now that I have a Windows laptop with far greater power than a Chromebook that’s reaching a decade of age, I’m much more willing to take short stops in between major cities—and today’s hiking trip is a great example of that. Between Zion National Park and Grand Junction, I decided to make two short stops, the first being at Richfield, Utah.

Richfield is a small city just shy of 8,000 people in Sevier County, and the most populous city in central Utah south of the Provo–Orem Metropolitan Area. On the way to Richfield on Interstate 70 was the Fremont Indian State Park and Museum.

It seemed like I could just park anywhere in open space and go hiking, but for the sake of helping support state parks, I voluntarily paid the US$10 ad­mis­sion fee and checked out the museum exhibits prior to my hike. The museum was obviously fairly underwhelming compared to some of the major ones I’ve visited, but considering how limited their resources are and how “out in the middle of nowhere” this museum felt, it wasn’t actually that bad.

The first trail I did was an easy, paved one right beside the museum, called the Parade of Rock Art Trail. 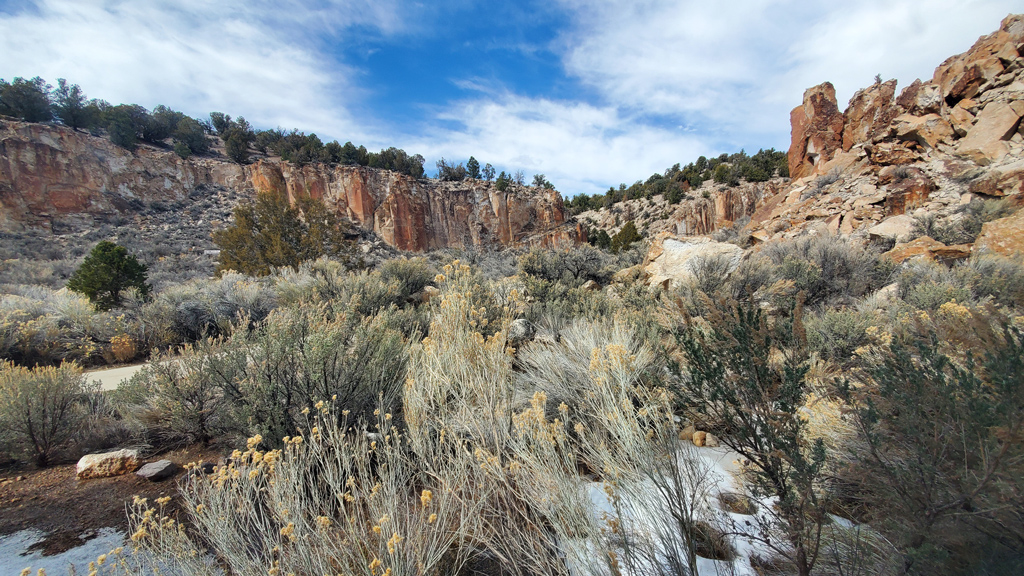 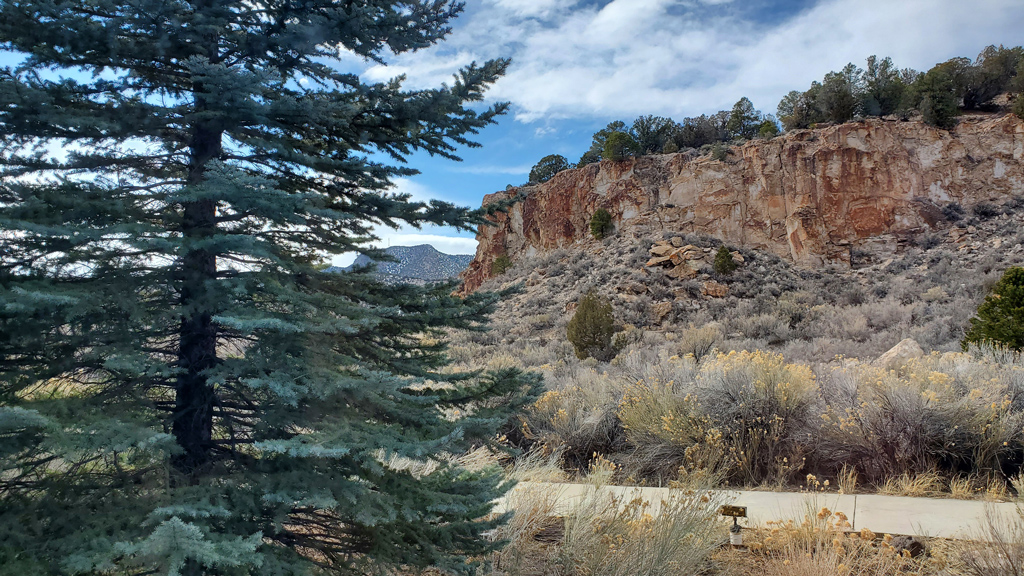 After circling around, I made my way over to the Canyon Overview Trail. 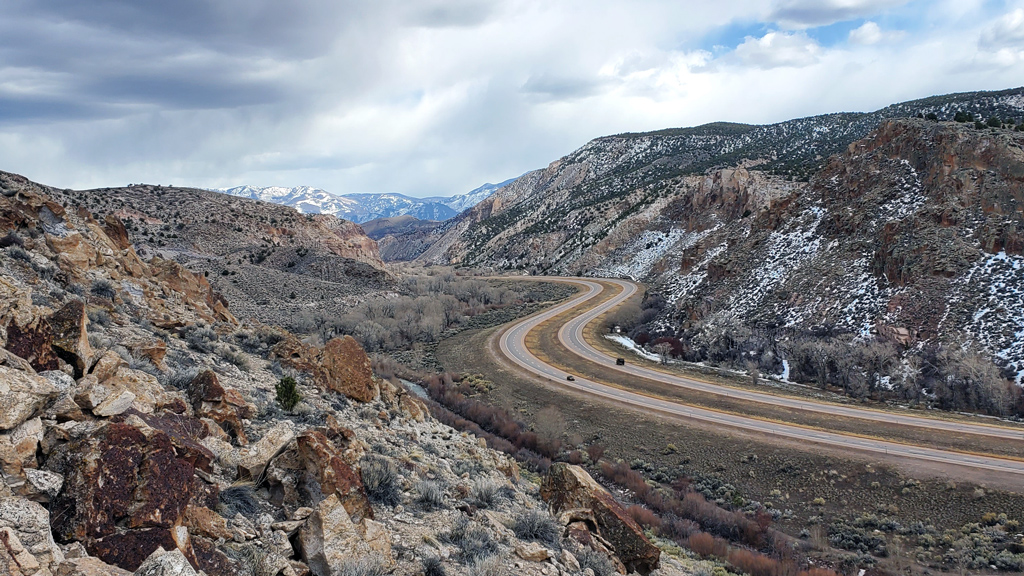 On the intersection of Coyote Canyon Trail, there was a Meditation Spiral. I didn’t do any meditating because I was a little crunched on time and needed to make it to my hotel in Richfield by a certain time to attend a conference call, but I feel like walking the spiral would’ve made me dizzy anyway. 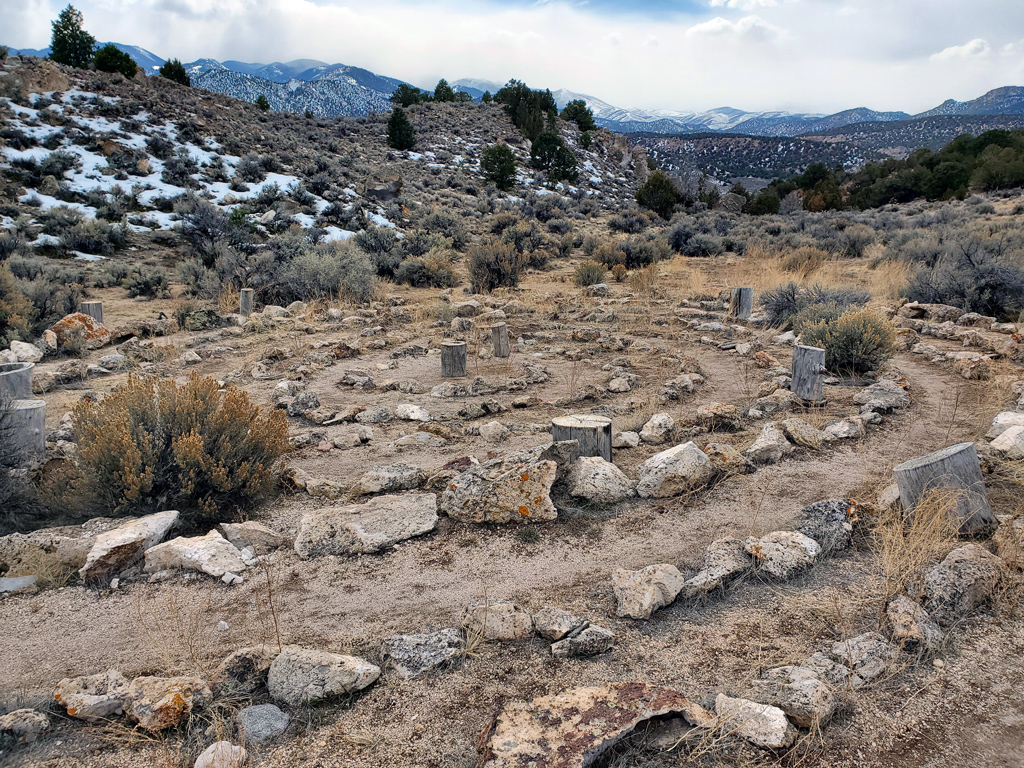 Afterwards, I connected onto the Hidden Secrets Trail. This was split into the Upper and Lower Hidden Secrets Trails, and I’m not sure which ones I hiked, but there was a ton of mud here from recent snowfall, so I scrambled around taking any path I could to make it to the end. 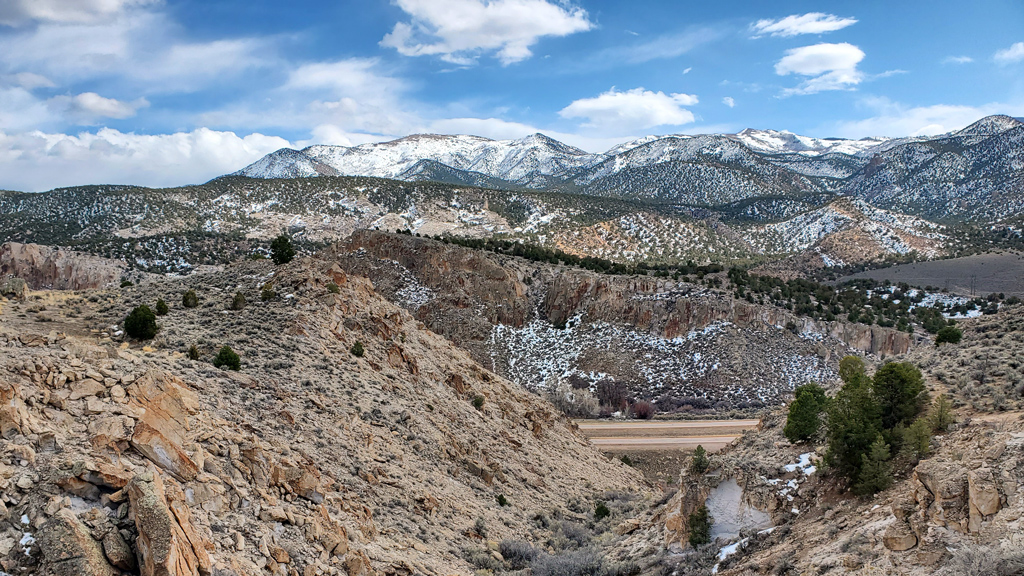 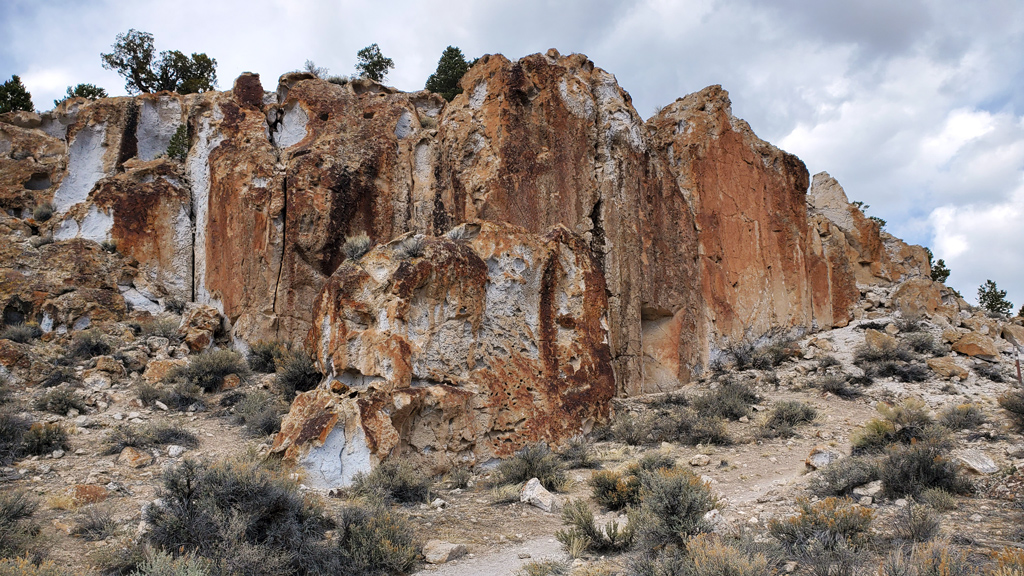 Once I got to the end of the Hidden Secrets Trails, I transferred over to the Court of Ceremonies Trail, a short but steep trail that had great views and a path directly back to the museum parking lot.

After my hike, I took the scenic drive on Clear Creek Canyon Road and snapped some more photos along the way. 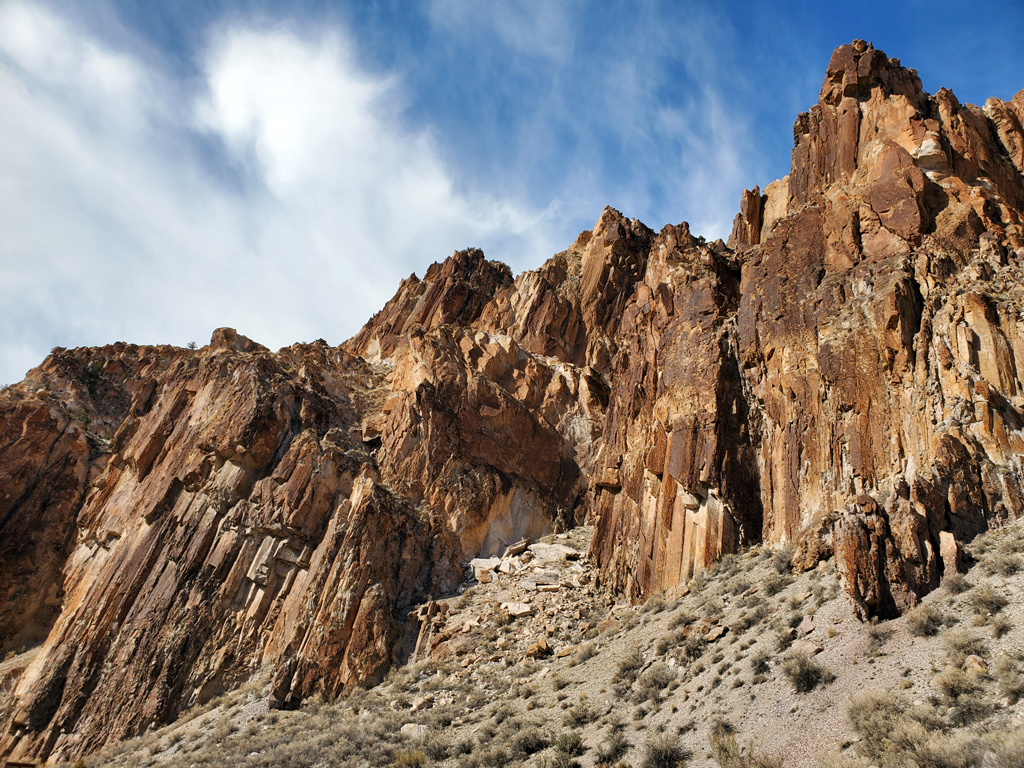 I don’t have a GPS map of my hike because I wasn’t going to activate tracking until after the museum, but then proceeded to forget to activate it at all after seeing all the exhibits.

These photos don’t really do the view justice—the towering rocks and snow-covered mountains are an amazing sight, and this area had some of the clean­est air I’ve breathed.

I’ve always wanted to live in a high-rise condo as my main residence, but after I first started my journey across the country, I partially changed my mind—I saw how amazing these hidden areas of nature were, and at the very least, if I didn’t live out in a place like this as my primary residence, I definitely want­ed a second home in a place far away from bustling cities. Seeing more areas like this, such as the Fremont Indian State Park, is reinforcing my wish­es of wanting to spend at least half my life out in the open, nestled among trees and mountains.