As my days in California are (finally) coming to an end before setting back out on my road trip, I wanted to do one last interesting hike. Although I’m probably one of the most anti-California people you’ll ever meet, that’s more about the California government; everyone has to acknowledge that South­ern California in general has some pretty stunning scenery if you find the right places to visit.

After doing a bit of scouting, I decided to head to Aliso and Wood Canyons Wilderness Park. My hike started in Laguna Beach and continued on into Alisa Viejo before looping back around to the trailhead in Laguna Beach. The drive here from the company headquarters in Long Beach was pretty in­teresting and scenic, and parking was easy to find at the Top of the World Park, even on a weekend.

As expected, the beginning of the trail had vast views of the surrounding area. 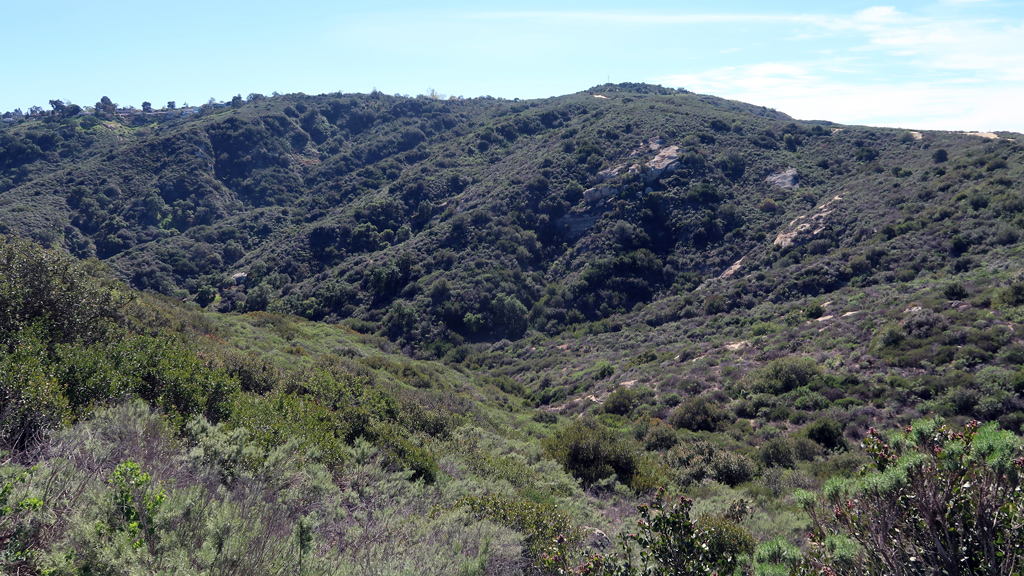 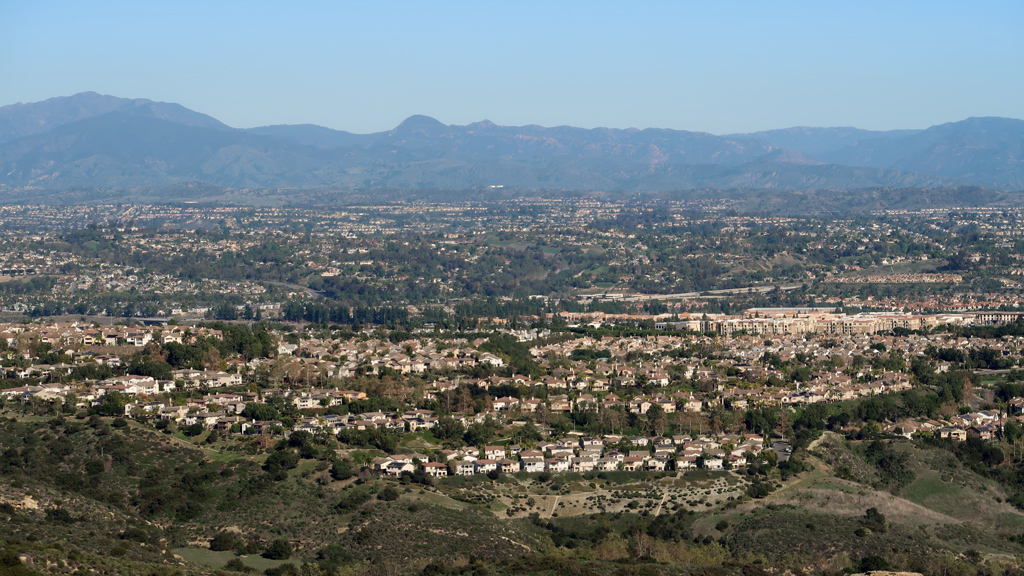 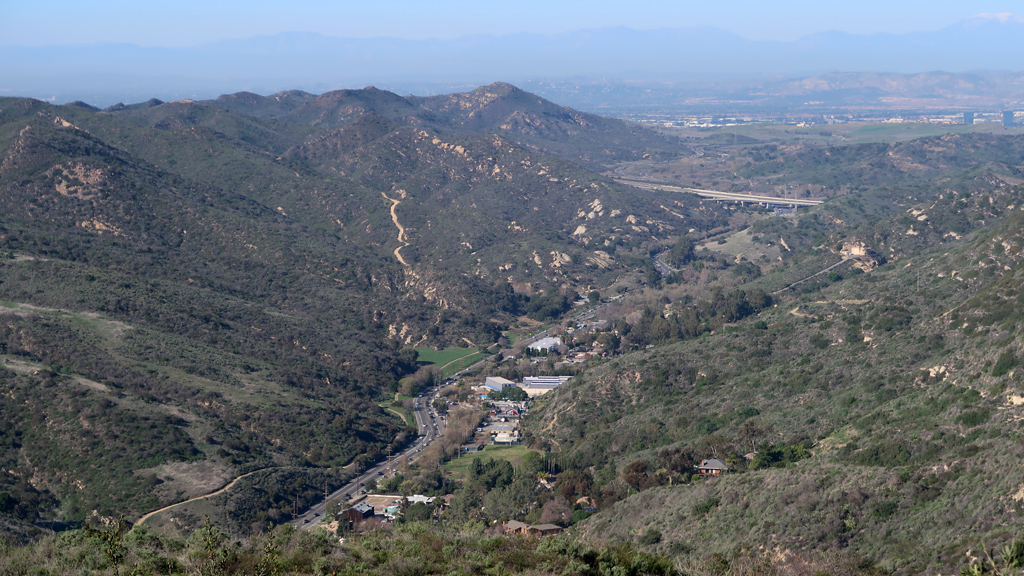 My main route was through Mathis Canyon Trail, but I connected onto a different trail to check out a unique point of interest. 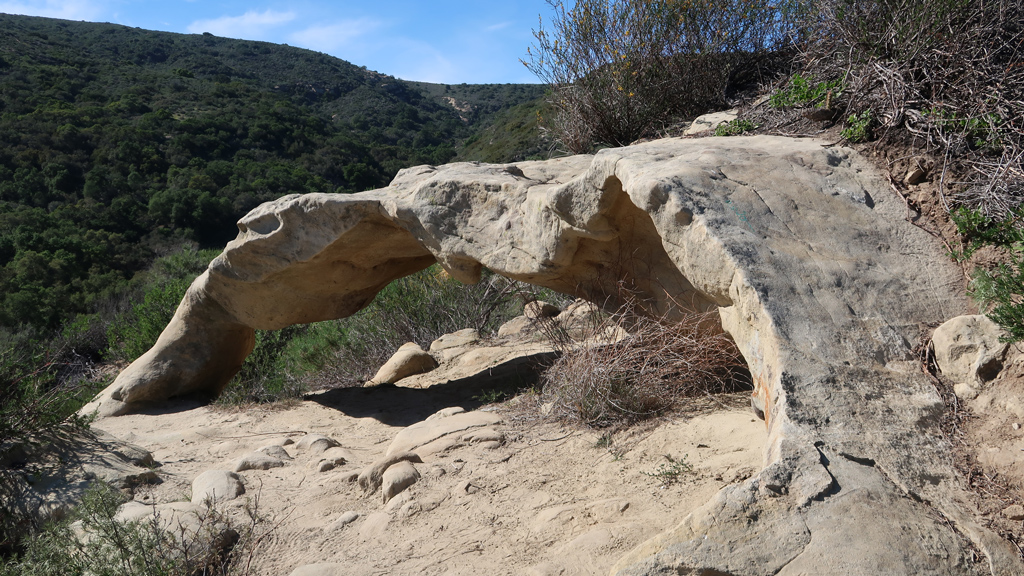 The trail I connected onto was Car Wreck Trail. I saw online that this trail had been named as such due to a literal car wreck at the base of the trail. After an extremely steep descent, I found the car.

It obviously has a lot of graffiti now, but it makes me wonder what the situation was surrounding the crash, and what it originally looked like before na­ture decided to absorb the vehicle as a part of itself. There isn’t a way for me to easily verify this, but based on research I did online, the crash hap­pened in the 1940s, and the car is a 1946 Dodge coupe. 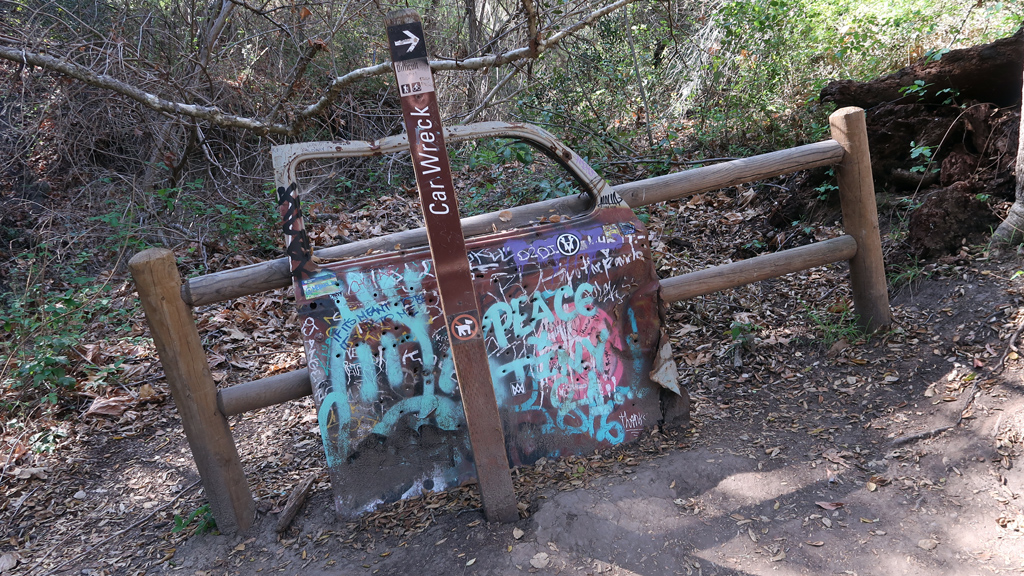 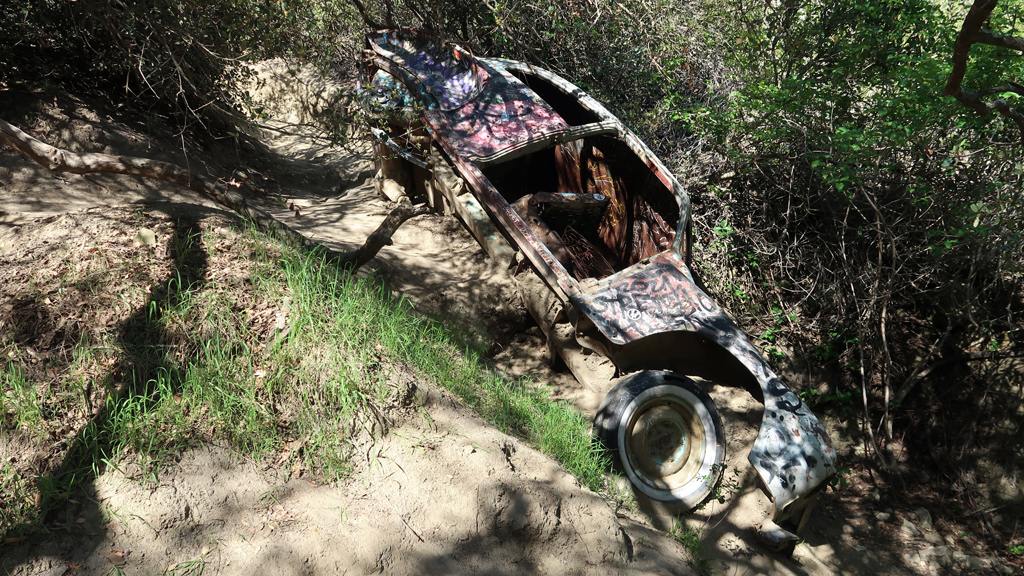 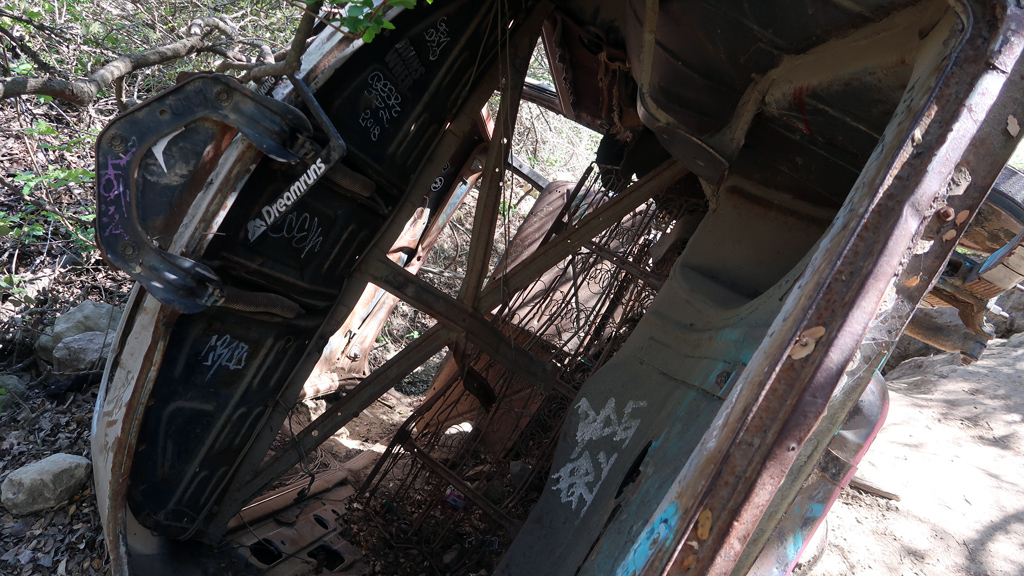 After getting a good look at the car, I continued on south to Oak Grove Trail, then reconnected with Mathis Canyon Trail to return to where I started. This part of the trail had some really nice wildflowers. 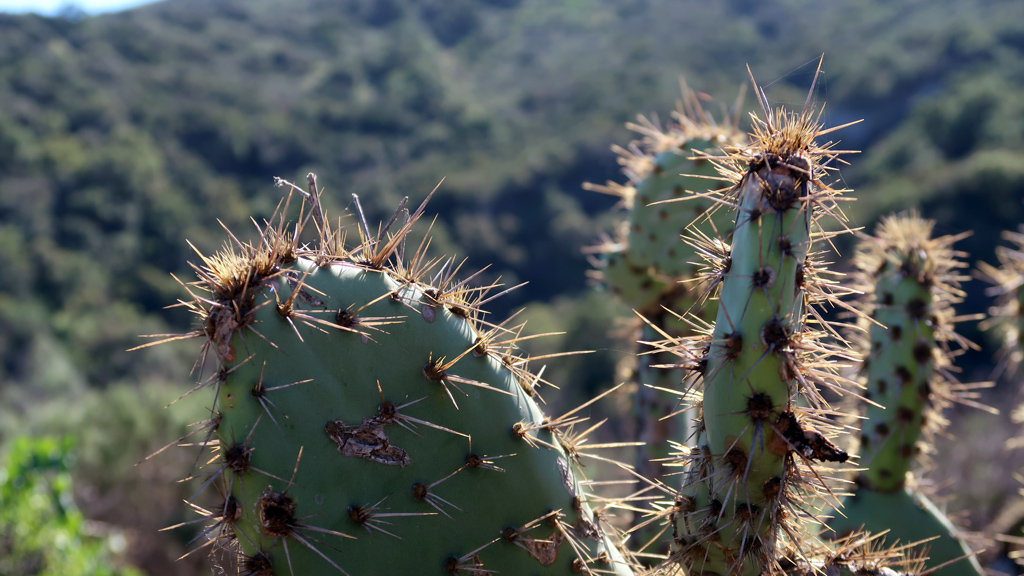 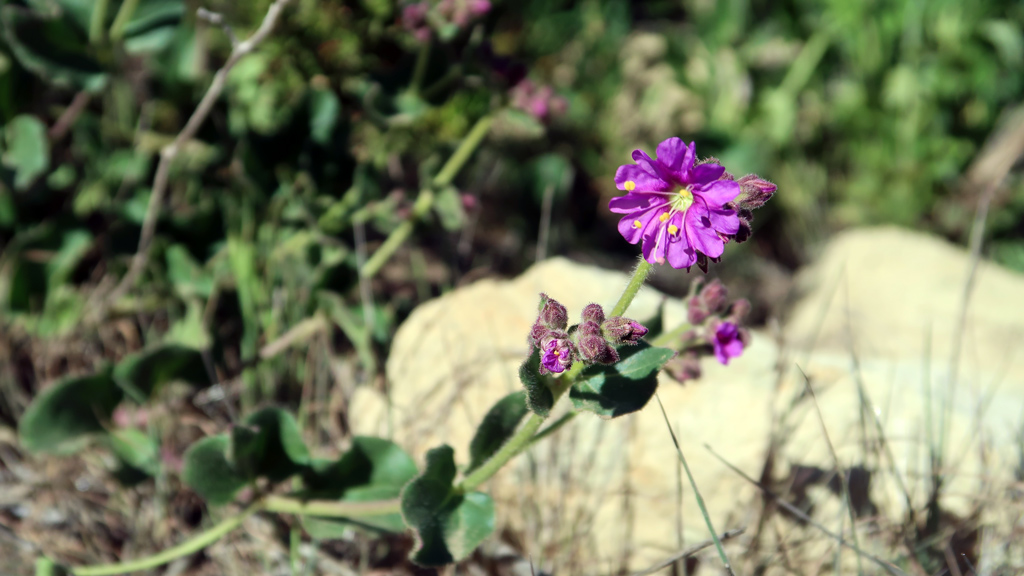 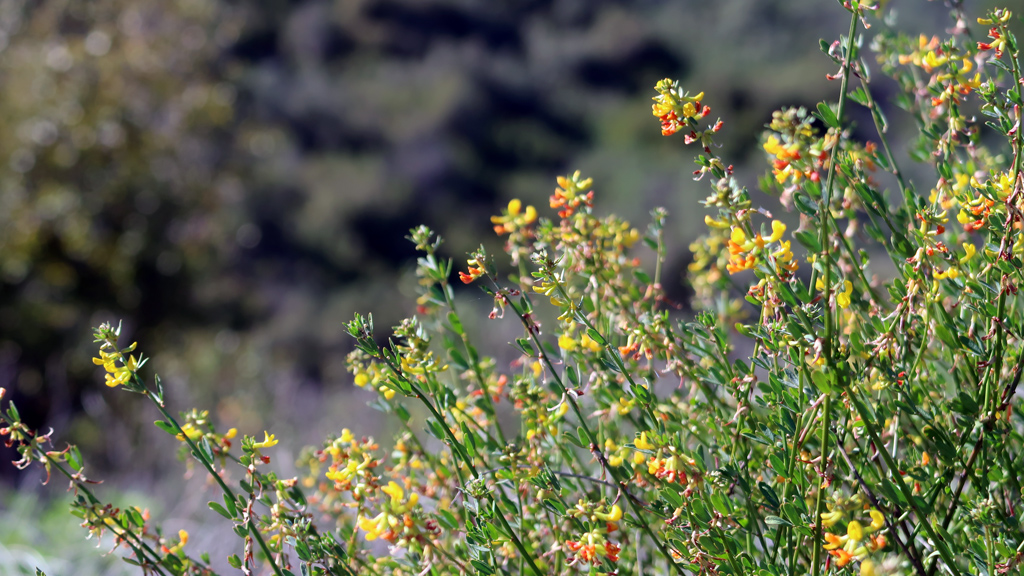 I saved the best for last—even though I started at Top of the World, I didn’t actually go up to Top of the World until I was fully done with my hike, to hold it as sort of a reward for finishing. It was an amazing reward, and these photos do not do it justice at all.

The views of the ocean were surreal and dreamy. The reflection of the limitless reach of the sun’s rays made the ocean look like the void, but the op­posite—instead of black nothingness, it was a blueish-white nothingness. 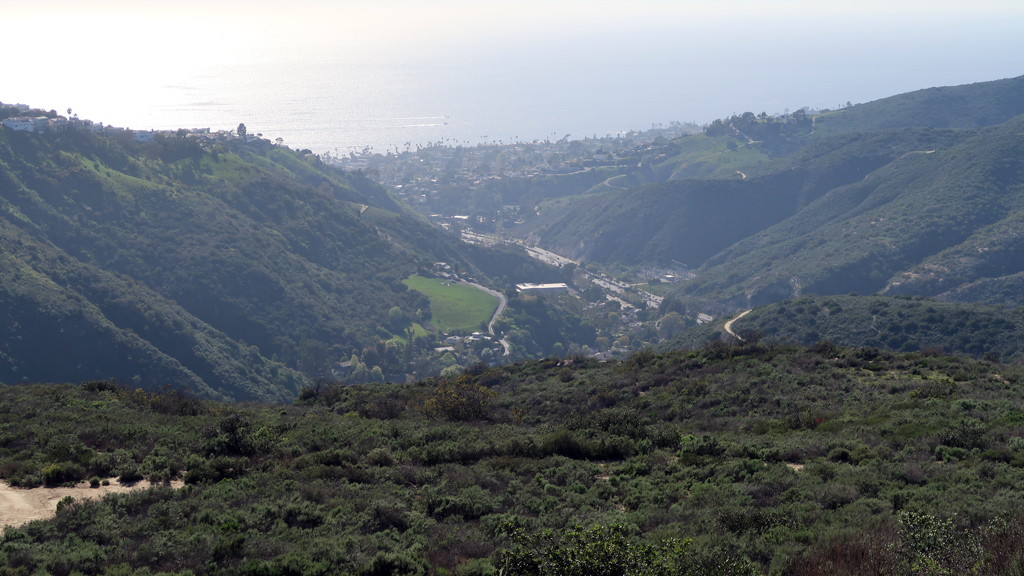 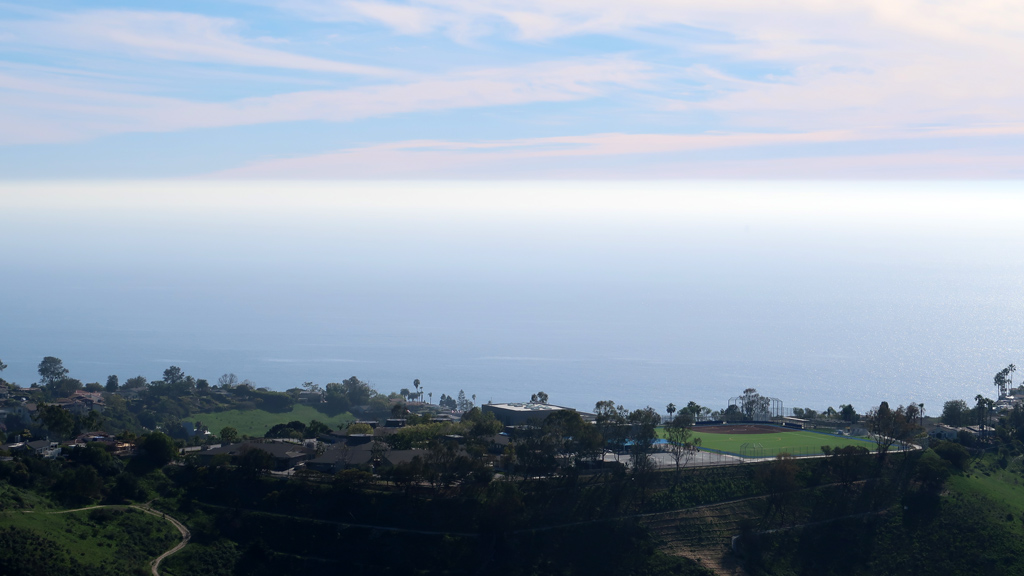 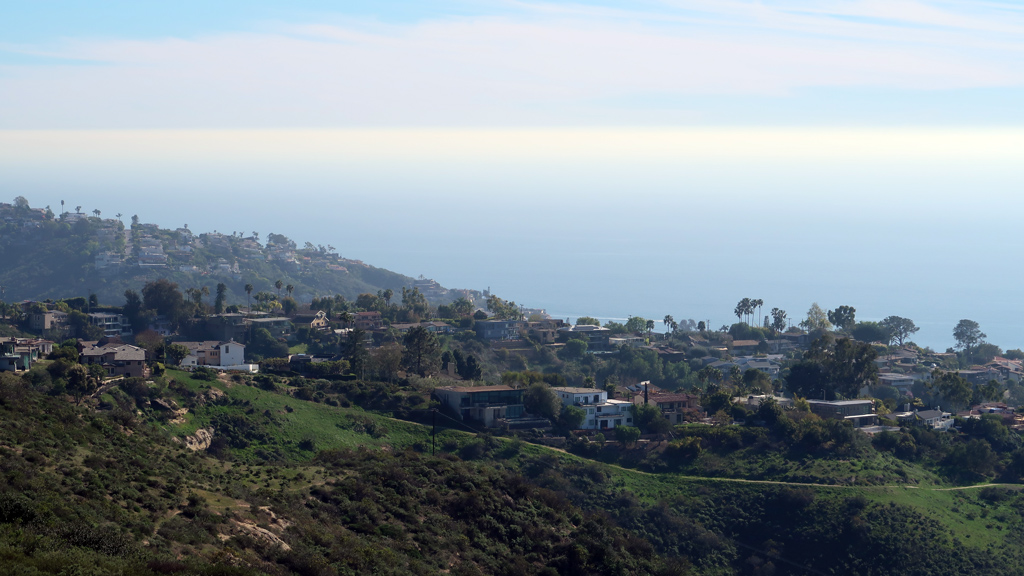 In total, my hike was just over three and a half miles with about 800 feet of elevation gain, and I’m happy I picked this trail for my final hike for my stay this time around. If you’re in the area, I recommend checking it out, though if you’re scared of heights or aren’t an expert at navigating uneven rocky ter­rain but still want to see the car wreck, you are much better off taking Mathis Canyon Trail all the way down, connecting onto Oak Grove Trail, vis­iting the car wreck, then taking Mathis Canyon Trail all the way back up for a much smoother incline during your ascent.