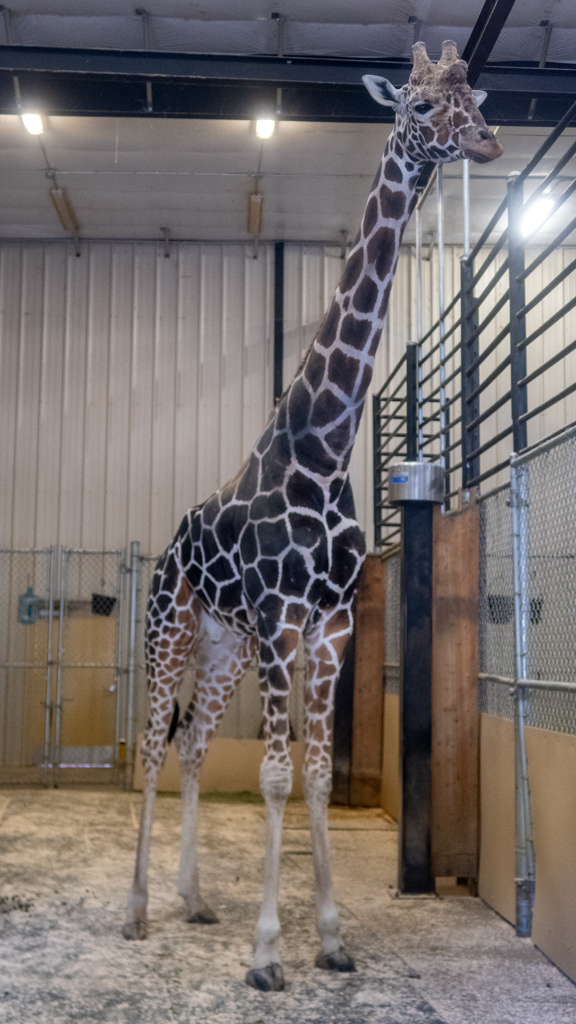 I’ve been to quite a few zoos now all across the United States. There have been some nice ones and not-so-nice ones, but usually, they all seem fairly well-maintained and cared for.

As my first tourist activity in Boise, Idaho, I decided to go to Zoo Boise, and it was a very unexpected ex­pe­ri­ence. It is currently late autumn and nearly wintertime, so it’s definitely off-season, but I didn’t ex­pect it to be quite so… “aban­doned.”

Pretty much every zoo and aquarium that I’ve been to before has been fairly busy and bustling with peo­ple, and oftentimes, there are a lot of children running around. Zoo Boise was completely different—there were barely any other people there, and throughout my whole time exploring the premises, I saw a grand total of three other groups.

The animals didn’t look neglected or anything, but they definitely didn’t look happy or excited. Most of them were just sitting around idly and appeared completely unstimulated by their environment (except for one baboon that I’ll show later).

There were also very few staff members around. Usually in zoos, there are many employees present tak­ing care of the animals and interacting with visitors to teach them about the animals, but throughout my whole visit, I only saw two employees who, at the time, were transporting some equipment to a different area in a wheel­barrow and cart.

The upside of all this is that, with almost nobody else around, I had a substantial amount of freedom to stick around at the exhibits waiting for great photo opportunities without feeling like I am interfering with the experience of others. On top of that, with pretty much no staff members around to enforce the rules, I was able to climb over wooden and mesh fences to get extremely close to the animals and capture even better pictures.

Near the entrance was a serval. He turned around to look back at me when I approached, but after he realized that I’m not there to feed him, he turned back around and just stared into a corner. 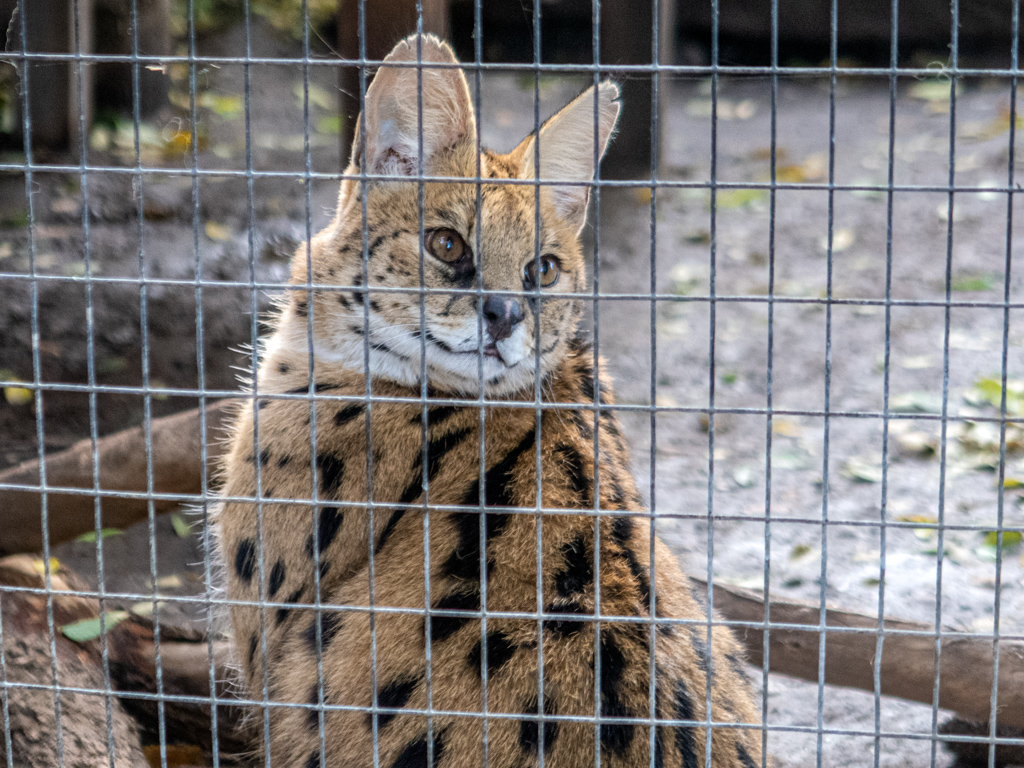 Across a bridge were a pair of monkeys. They had a somber look, staring off into the distance. 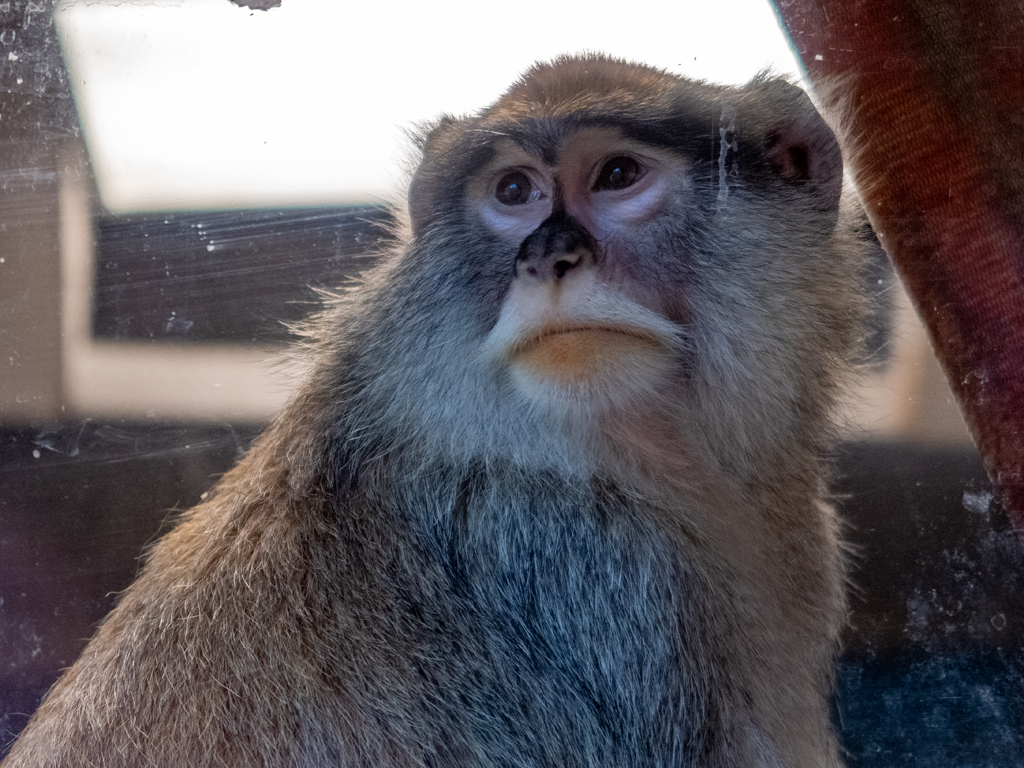 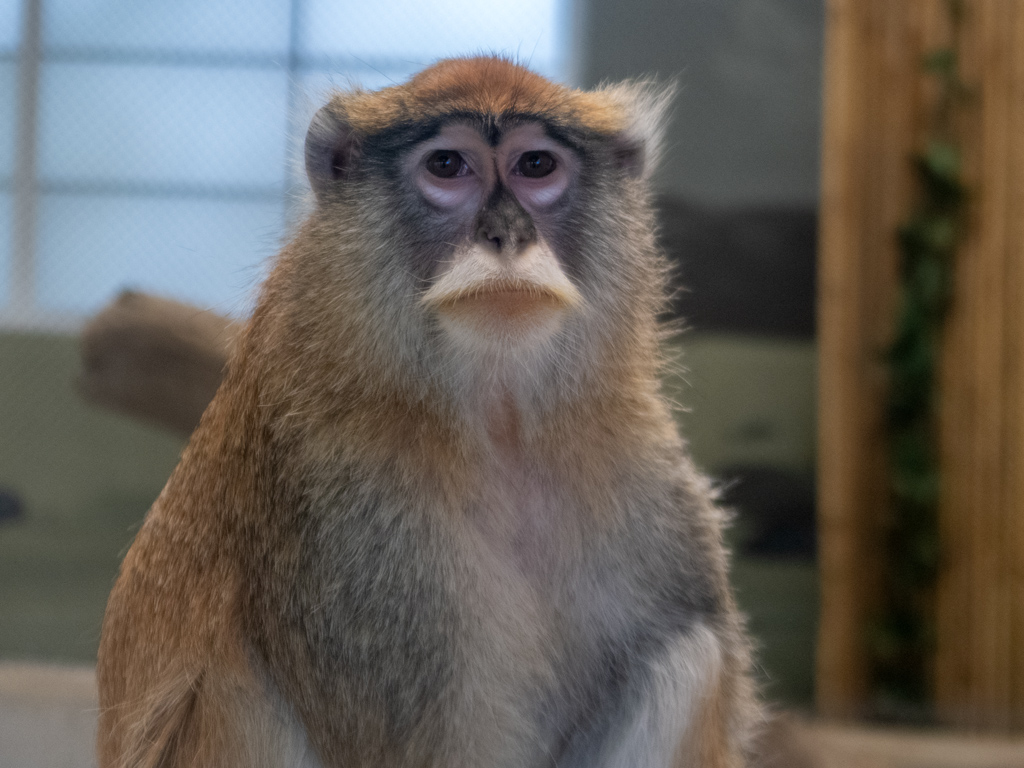 Next up was the lion. The map implied that there was more than one, but I only saw one pacing back and forth by the glass looking pane. 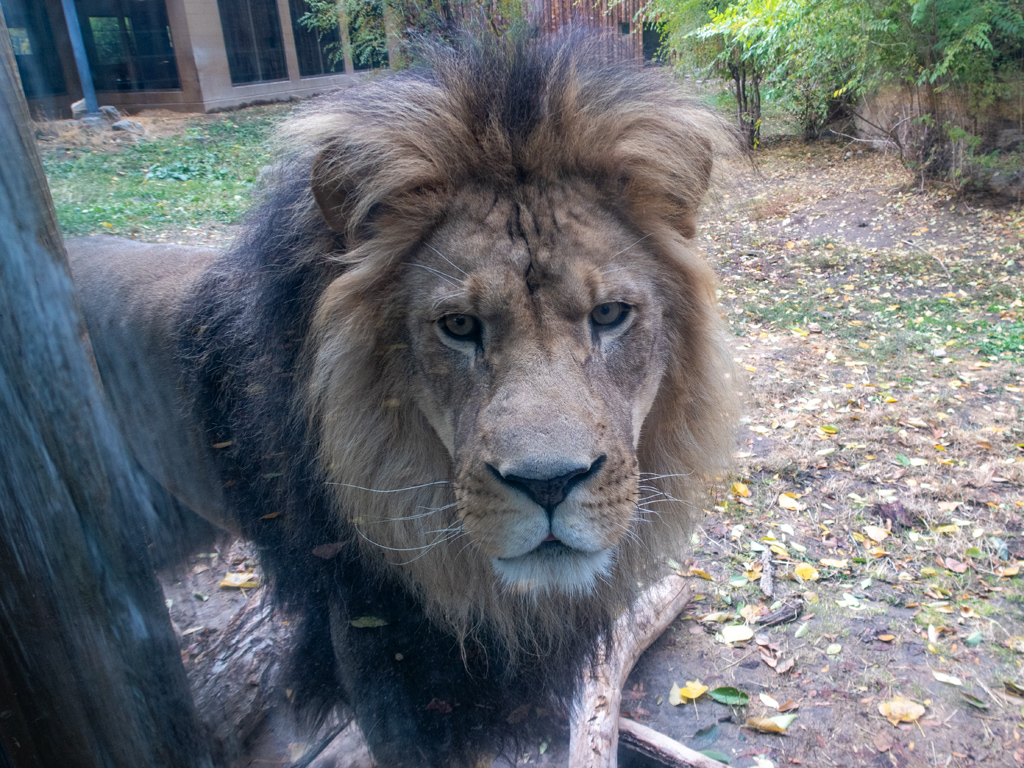 Near the lion was the penguin pavilion, where I patiently waited until a penguin swam right up to the glass. 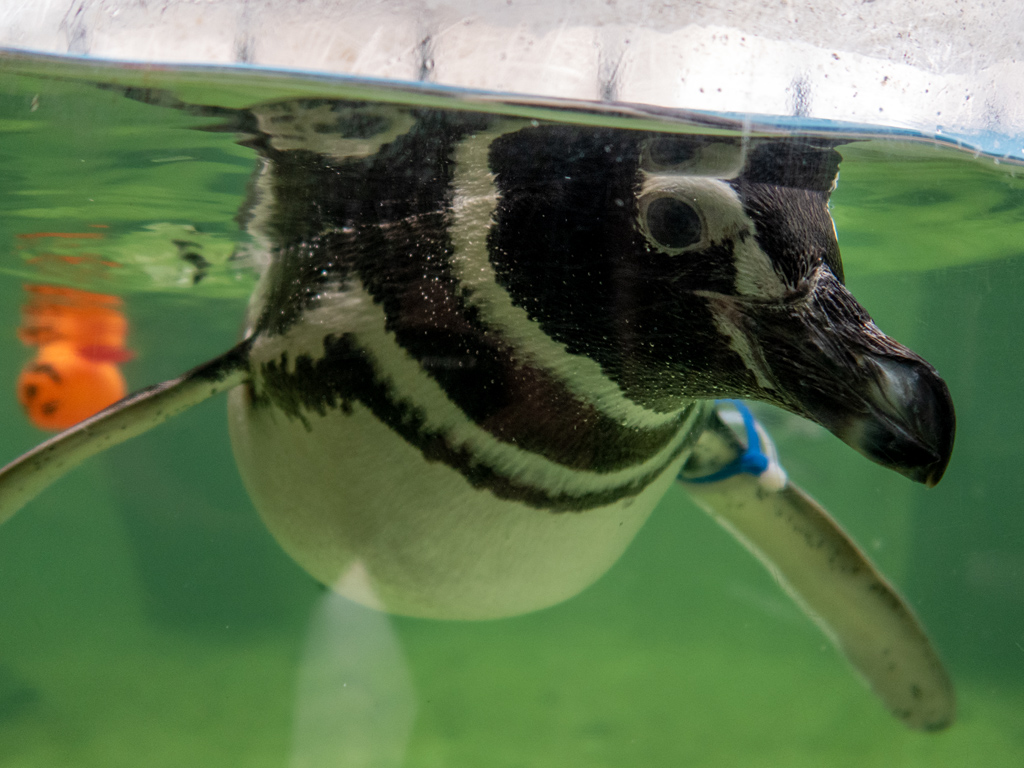 There was an indoors section called the African Schoolhouse where there were some exotic birds. 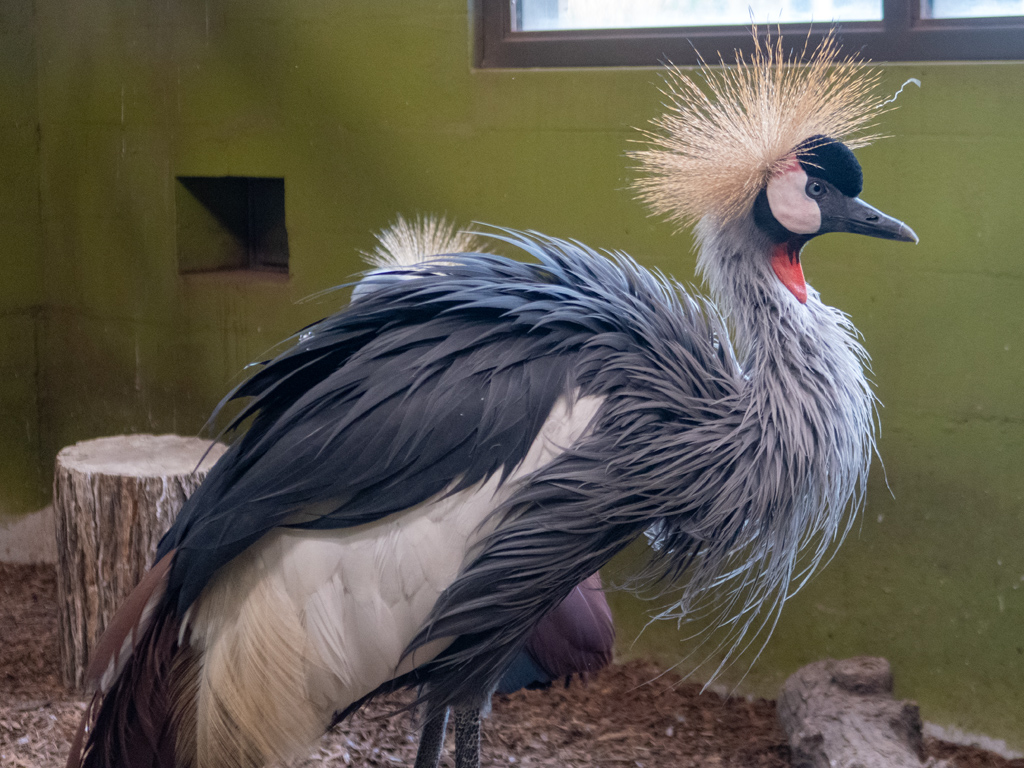 This is Nyala and Hornbill, two capybaras. I know their names because, on the map, they labeled this area of the zoo with their names, rather than using their generic species name like they did for every other animal. 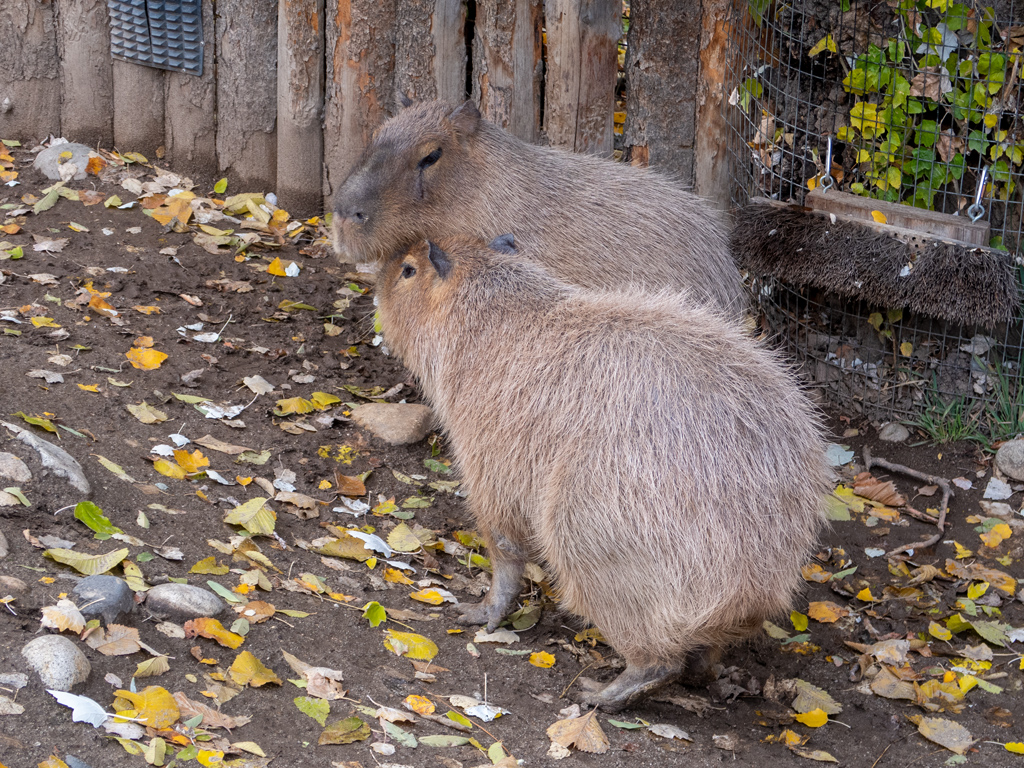 Nearby was the warthog area. The warthog was very far away, so I got as close as I could to the fence, zoomed all the way in, and snapped a bunch of pho­tos in hopes that at least one of them was in focus. I don’t know if the warthog was doing this on purpose, but in the final photo of the sequence, he was smiling. 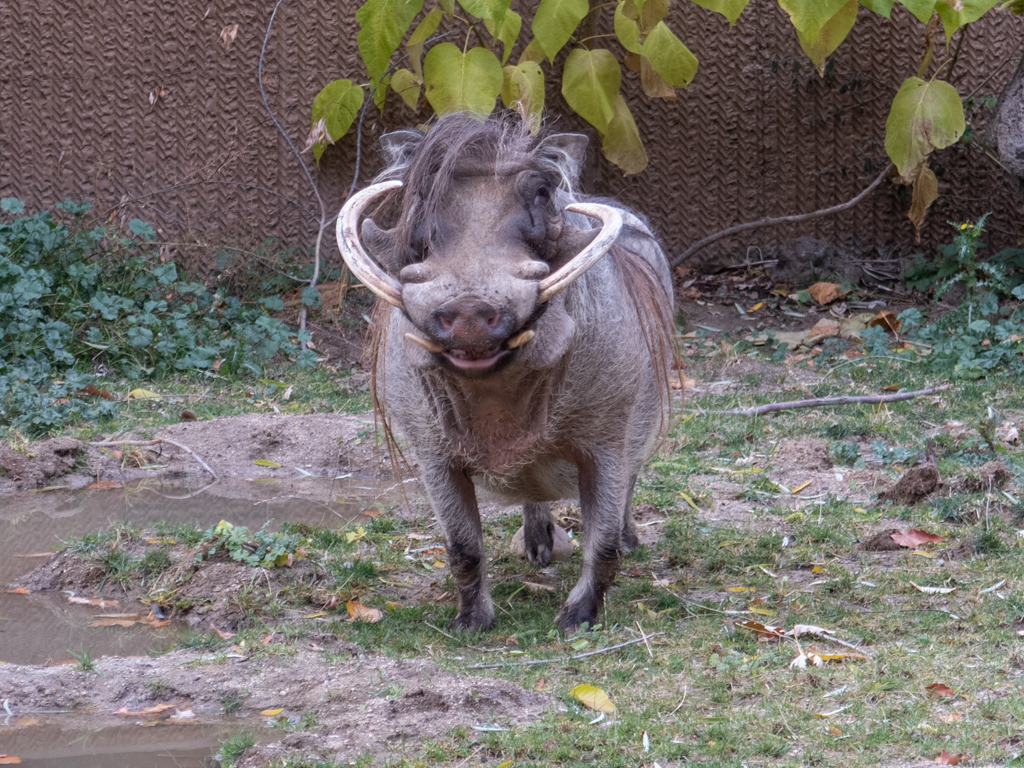 Here is a baboon licking a wooden pole. This was the only animal I saw that was actually interacting with its environment, as opposed to just idly sitting or laying around. 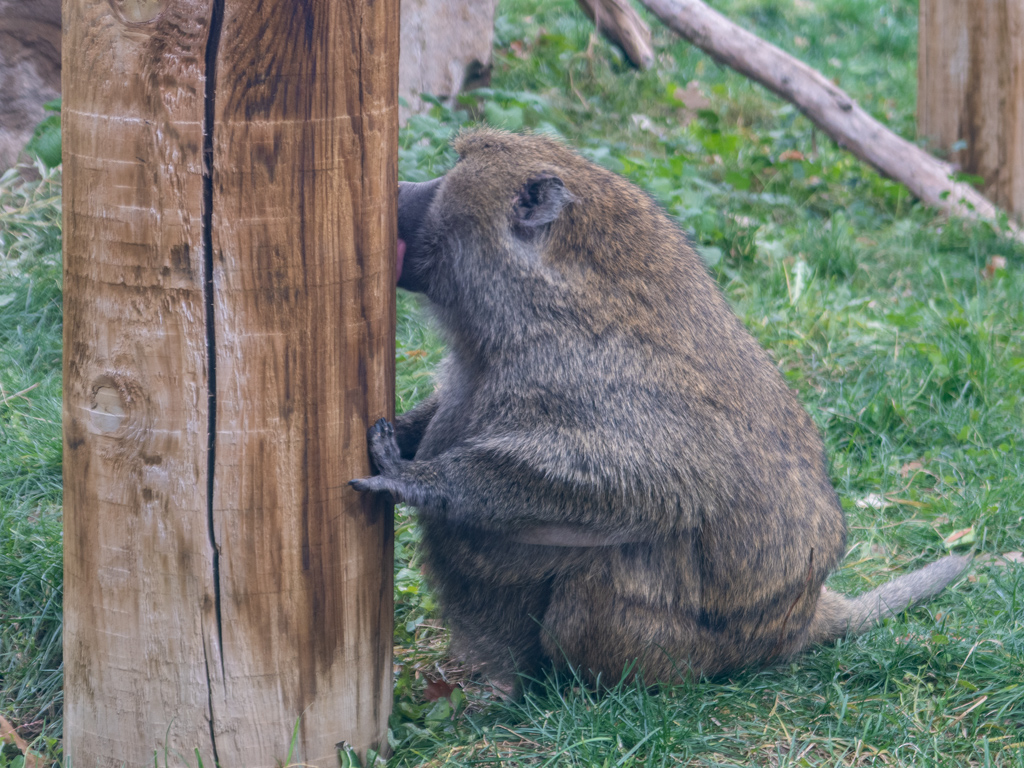 The hyenas were a bit more fun to watch—there were a group of four of them, and they walked around a bit in between laying down on the grass and on top of rocks. One of them got brave enough to separate from the group and come approach me. 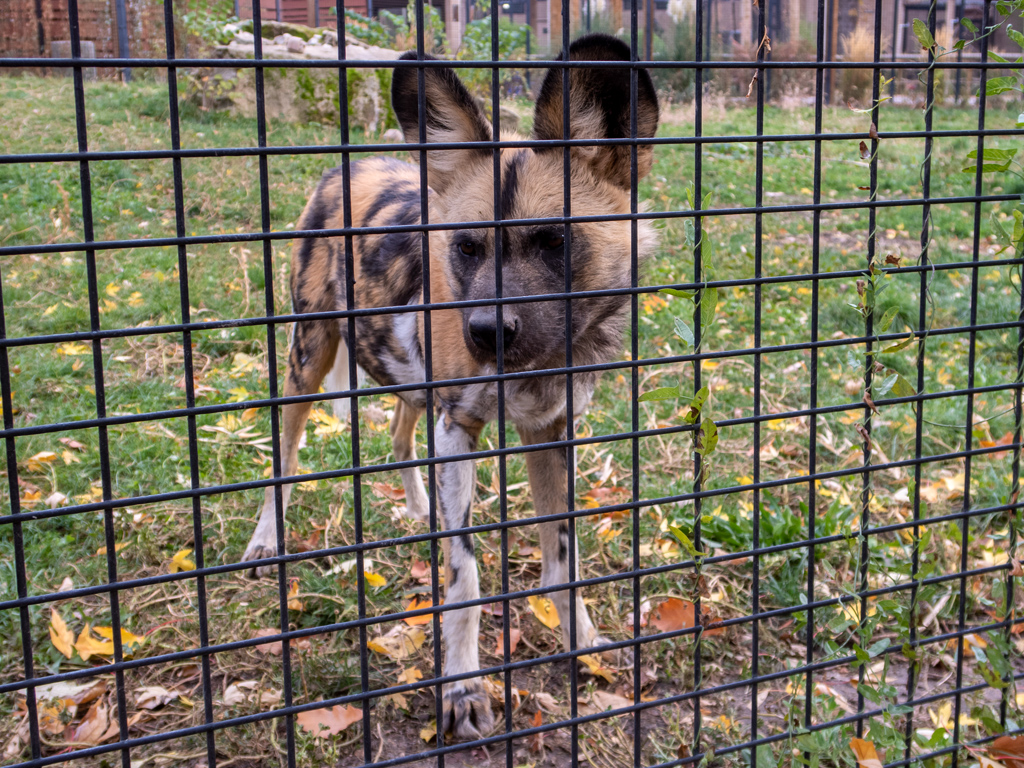 While walking through the final section of the zoo, I saw a sign for a red panda enclosure. There were many enclosures that were empty, and I couldn’t im­me­di­ate­ly find the red panda, so I assumed this one was empty as well, but after closer inspection, I saw one perched in the far back corner. 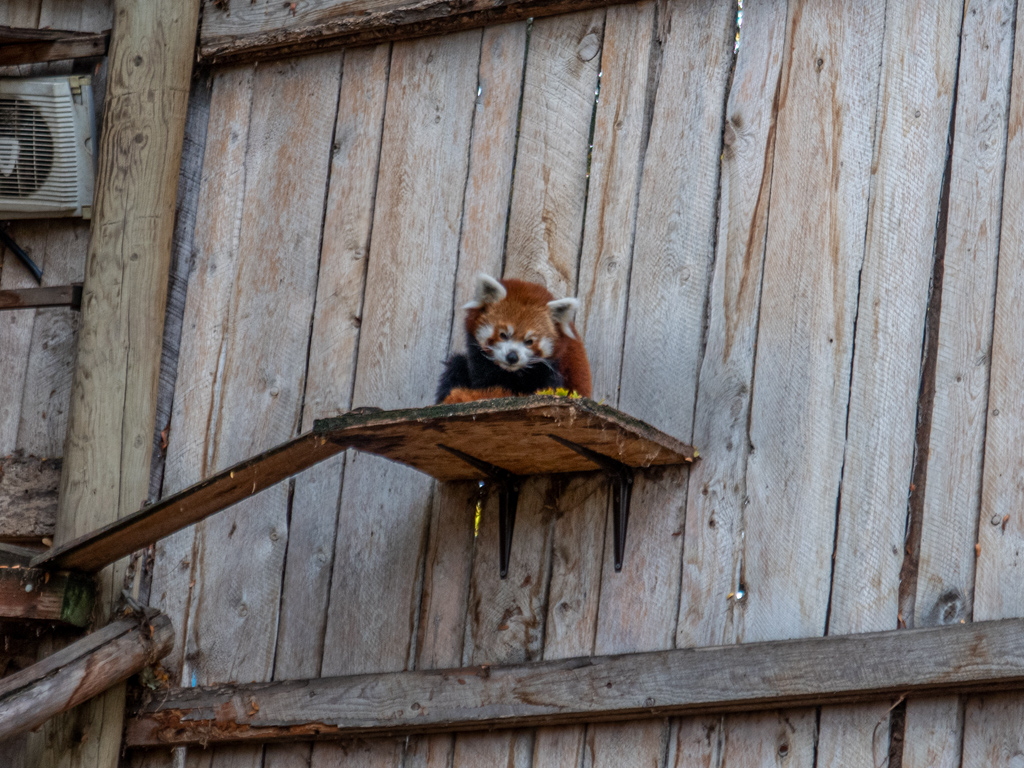 And finally, I concluded my zoo trip by watching this tiger taking a nap in the grass.

Although the zoo was a bit disappointing, I feel like I was able to effectively make the best of the situation. Admission was only US$9.00, which is, on av­er­age, less than half the price of other zoos I’ve visited (and even less if you consider the huge spike in inflation lately).

It was almost as if I was able to have a self-guided private experience. Even though I wasn’t able to see a wide variety of different animals, I got to have extended observation, and capture many good photos, of the ones that I did have an opportunity to see.