For my first stop after leaving the Seattle Metropolitan Area, I decided to visit Yakima, a city inside the Yakima Valley and named after the Yakama In­di­an Reservation (no, that is not a typo—apparently they changed the spelling of their tribe’s name from Yakima to Yakama in 1994).

I only spent a day and a half in Yakima, so I didn’t get to explore too much—I generally stayed around the bend of Interstate 82 and didn’t drive south­west into the suburbs. However, in the areas through which I did drive, my impression of Yakima… is that it is probably one of the most difficult areas in which I’ve ever driven.

The drivers weren’t particularly bad, and the vehicular volume was obviously nowhere close to even a fraction of any major metropolitan area, but at least on the eastern side of Yakima that I saw, I think the city planners did an absolutely horrid job. My best guess to justify the mess is to think that they never expected Yakima to have more than a modicum of population.

During less busy hours, driving around felt fairly normal. However, I selected an inopportune time of around 5 PM to go out to get some dinner and shop at Target to stock up on snacks and sports drinks. Long story short, when there are a lot of cars, it is prohibitively and paralyzingly difficult to get a­round.

Everywhere I went, there were unprotected turns onto major streets, which meant, if you were going straight or turning left, you would just be idly sit­ting there, hoping for a break in the traffic. Even worse, these roads were right by major interstate exits with no stop lights, so there were no man­u­fac­tured breaks in the traffic from signal light flow—you just had to hope that you were lucky.

One example of this was when I drove southbound on North Fair Avenue near exit 33 of Interstate 82 and turned right onto South Fair Avenue Loop to prepare to turn left onto East Yakima Avenue. After literally 14 minutes of queuing up and watching other cars struggle as well, I finally was next in line to turn. I sat there waiting for an additional two or so minutes before I looked in my rear view mirror and saw that the line of cars waiting to turn left be­hind me was so long that it was flowing back beyond the fork in the road, now even blocking the cars trying to turn right. After realizing this is bor­der­line a lost cause, I just started creeping forward and obstructing the flow of lateral traffic until they slowed down enough for me to floor the ac­cel­er­a­tor and squeeze in between two cars. Nobody even honked at me for my dangerous maneuver, which makes me think that they see these antics at this in­ter­section so much that they’re used to it.

At one point, I tried to turn onto Yakima Avenue from a different spot farther down west after departing a business, and even that was nearly impossible (even though it was a right turn) because everyone seems to be parked on the street in the very narrow right-most lane, and with many people in Yakima owning large pick-up trucks and SUVs, visibility is completely blocked.

Again, I don’t know how it is out in the southwestern suburbs, because I never went there, but at least in the busier area by the interstate, they really need to erect some more traffic lights.

Apart from struggling to drive, I also visited the Yakima Area Arboretum & Botanical Garden, which was conveniently located near the interstate. The weath­er was nice and brisk, perfect for a quick stroll before heading out to my next destination.

Unfortunately, it seemed like the building was closed for some reason (there was a makeshift notice on the glass doors stating that they’re closed), but the outdoors area was all open and accessible by the public. 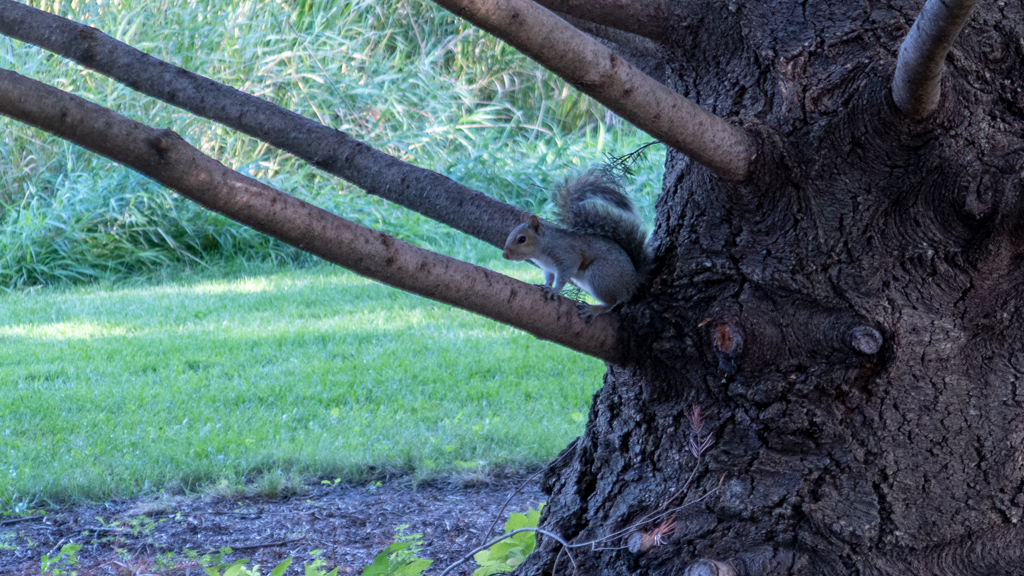 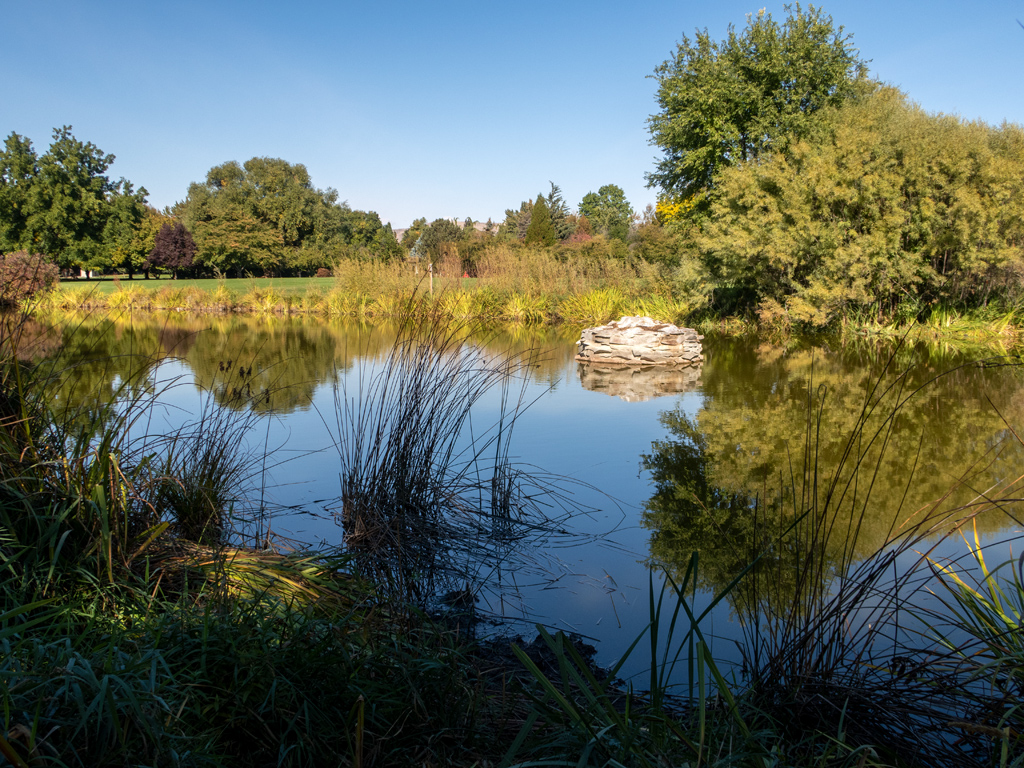 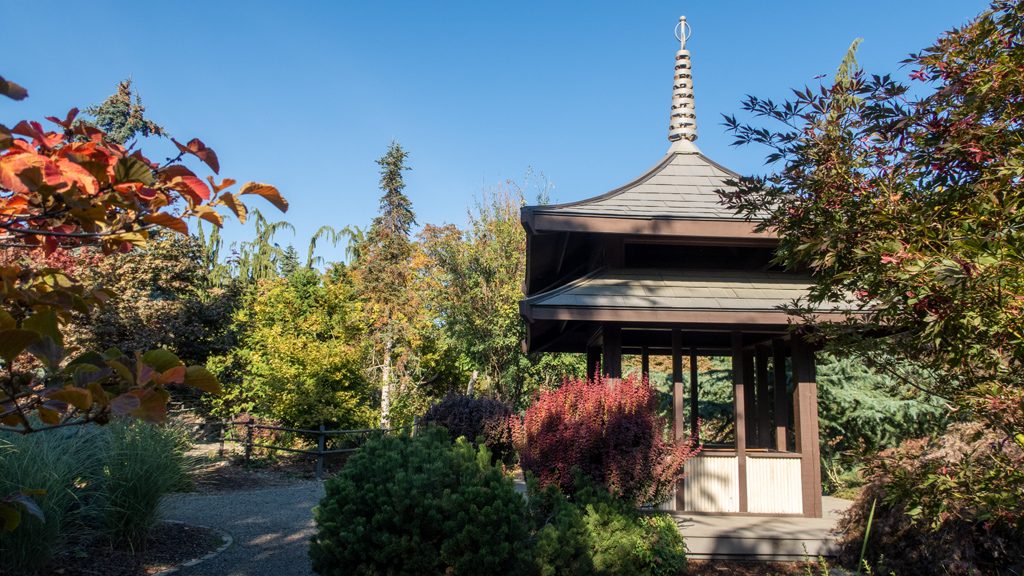 Deeper on Noel Pathway into the forest, there was a nicely-maintained pond surrounded by trees, rocks, bridges, and a waterfall. While I was walking through, I noticed a group of people taking what appeared to be wedding photos (you can sort of see the photographer in the picture immediately be­low). 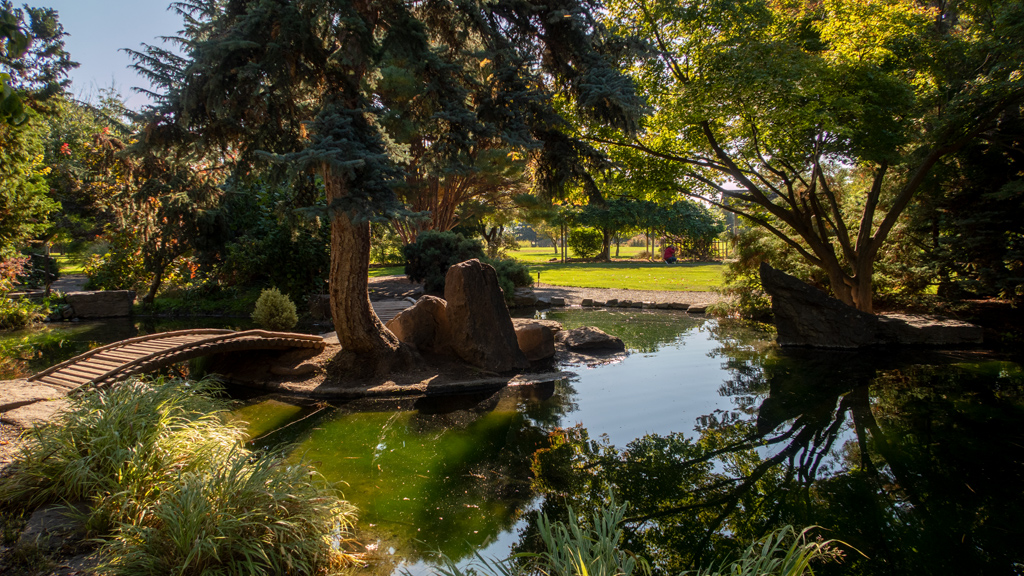 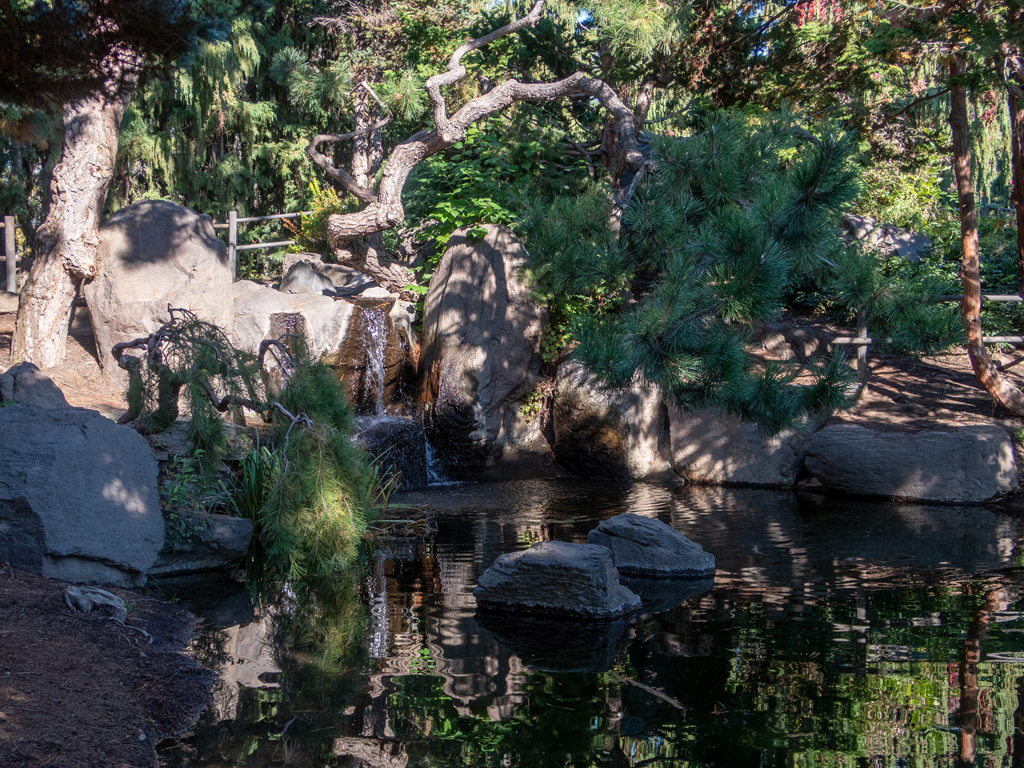 After walking across and up to the northern side of the field, I maneuvered over a ditch to make it to a different path that led me to some nice views of Buchanan Lake. 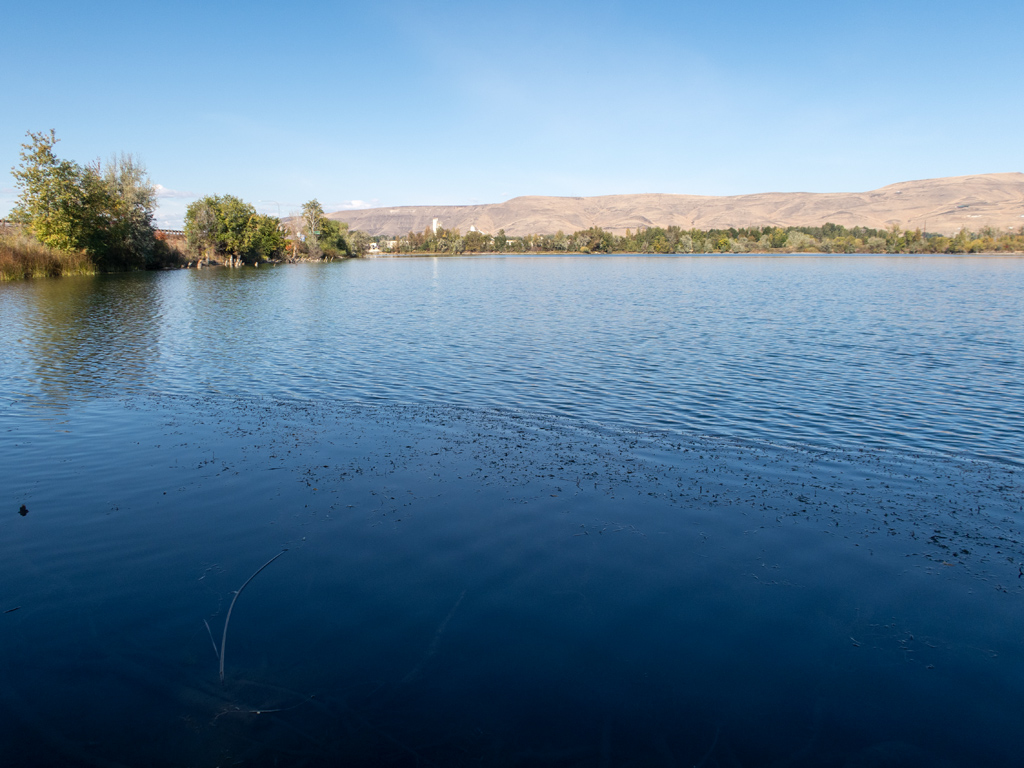 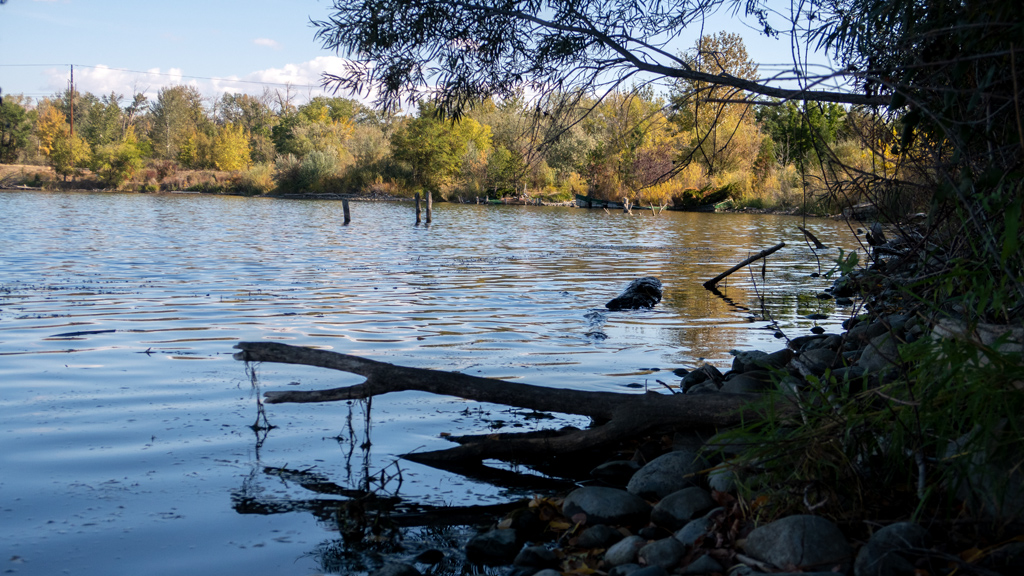 Once I managed to retrace my steps and hop over the ditch back onto arboretum property, I made my way to the botanical garden area, where I saw the rose garden. 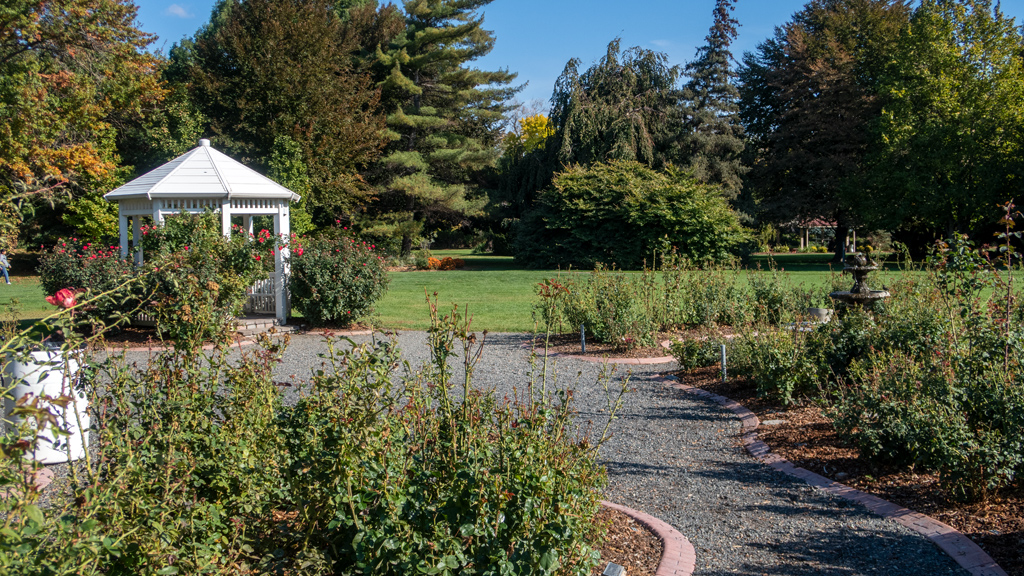 There weren’t too many roses around, probably because of the season, but there were still a handful in bloom. 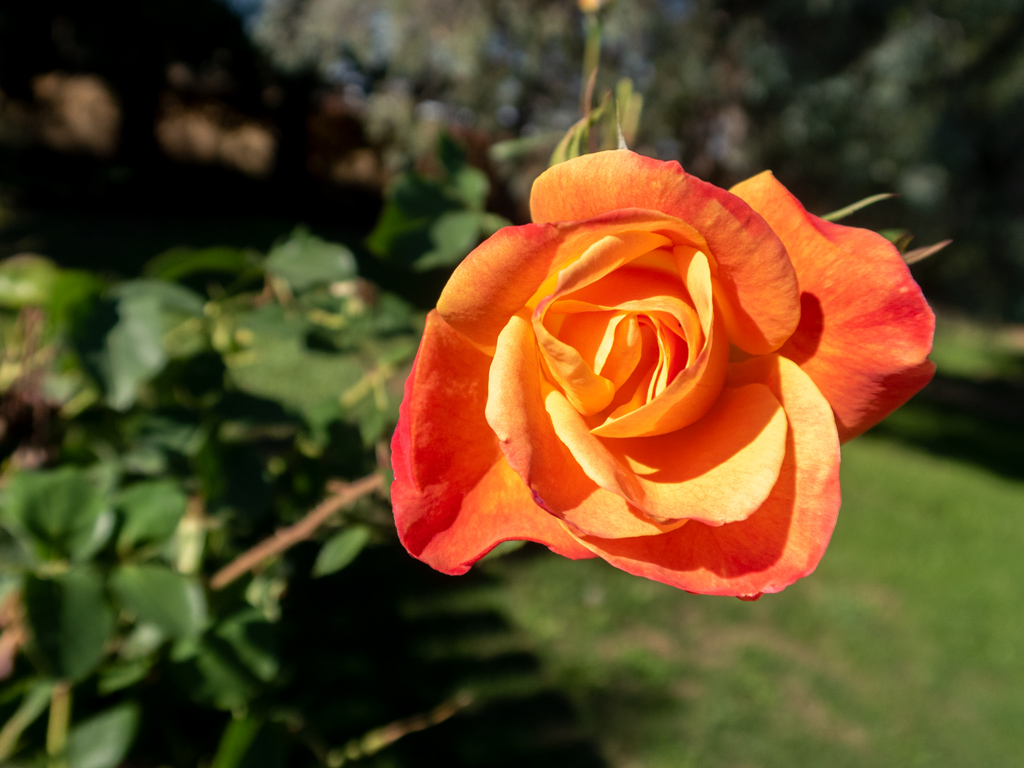 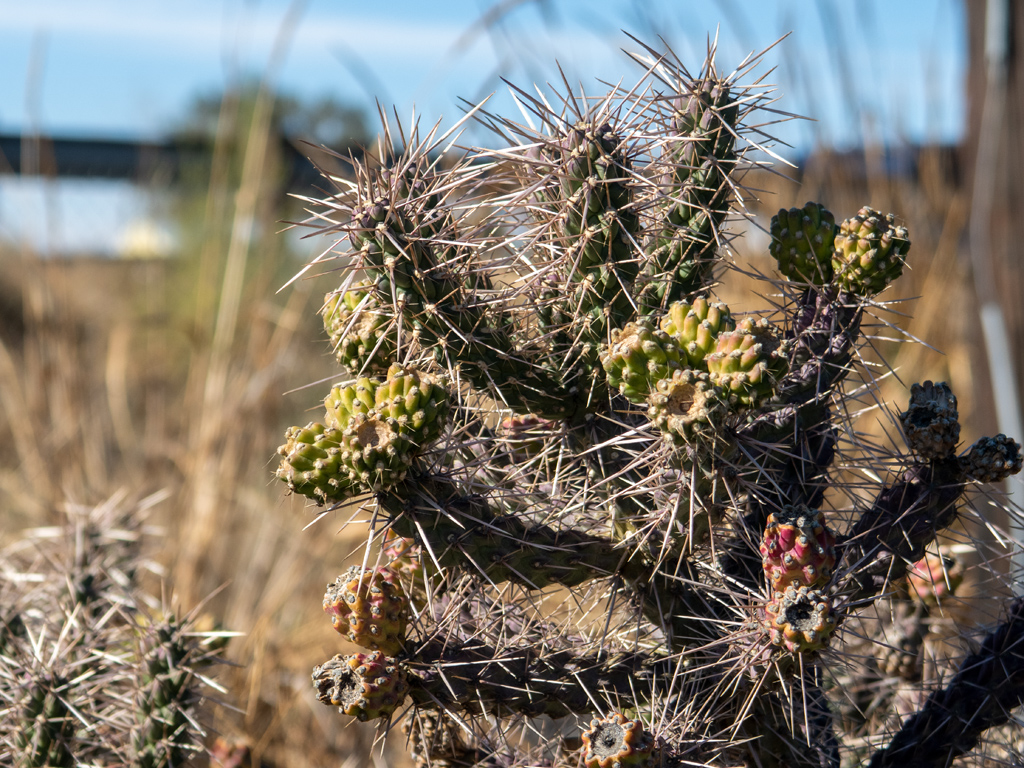 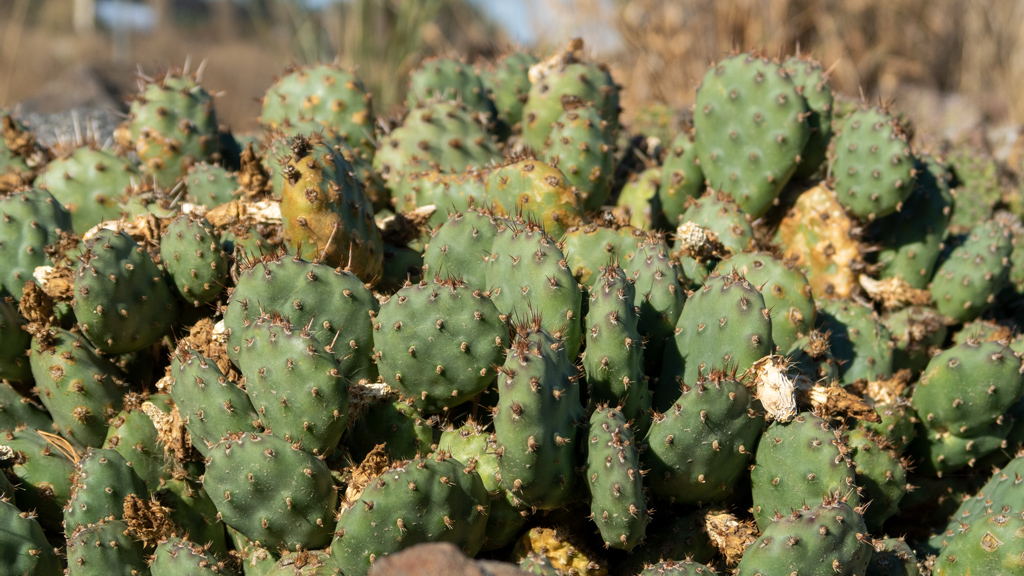 For my next stop, I’m continuing southeast on Interstate 82 to the Kennewick–Pasco–Richland Metropolitan Area, better known as Tri-Cities.