After spending about two months within the main Seattle and Seattle suburb areas since coming back from Canada (excluding the one week when I flew to Las Vegas to take care of some errands and meet up with friends), I decided it was time to go venture out a little bit more. I still have another session of petsitting that I need to do again for Erin in October, so I can’t leave the Seattle Metropolitan Area entirely yet, but I still made my way down to Tacoma on the far southern edge of Puget Sound to do some more exploring in a new area.

For my first tourist activity, I decided to go to the Museum of Glass. In order to get there, I walked from where I was staying at the Marriott Tacoma Down­town across the Chihuly Bridge of Glass.

The first section of the bridge was the Seaform Pavilion, available for viewing on the ceiling. 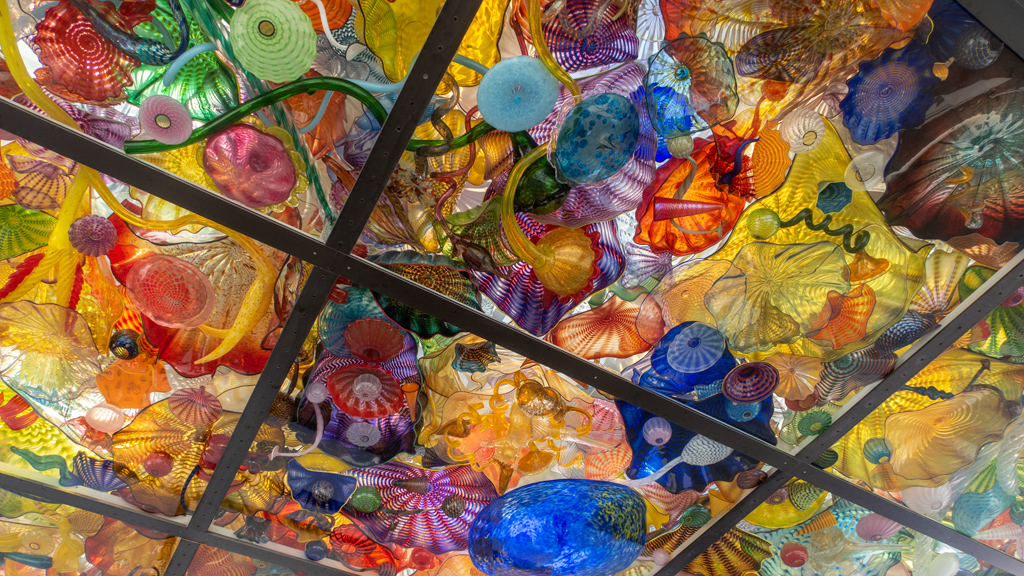 Next were the Crystal Towers, two towers that resembled deep aqua blue chunks of opaque glass assembled together. 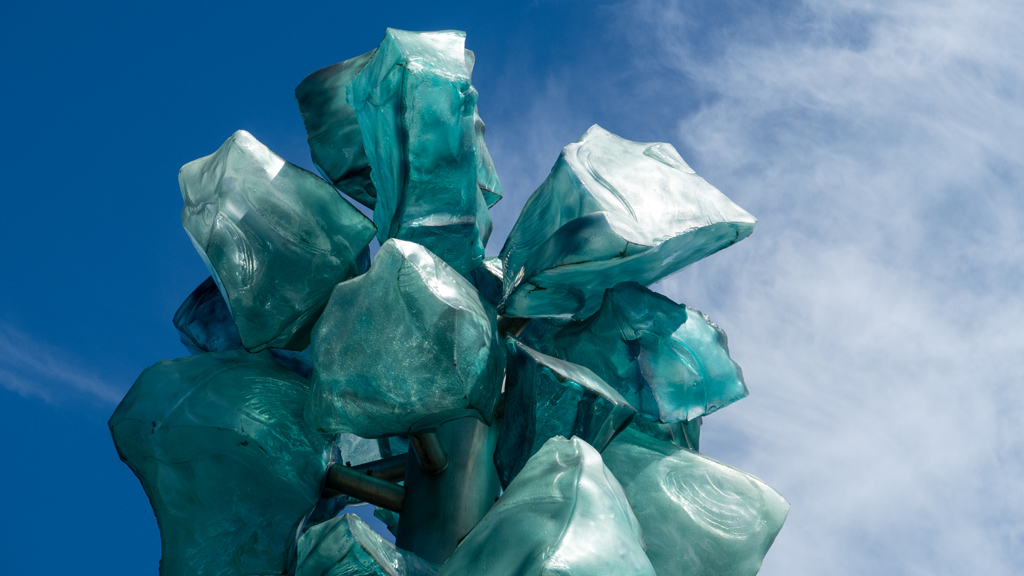 Finally, there was the Venetian Wall, a large collection of shelves and compartments holding a variety of different pieces of glass art. It was a bit tricky taking a photo of it because it was so large, but I could only step back so far due to the limitations of the width of the bridge. 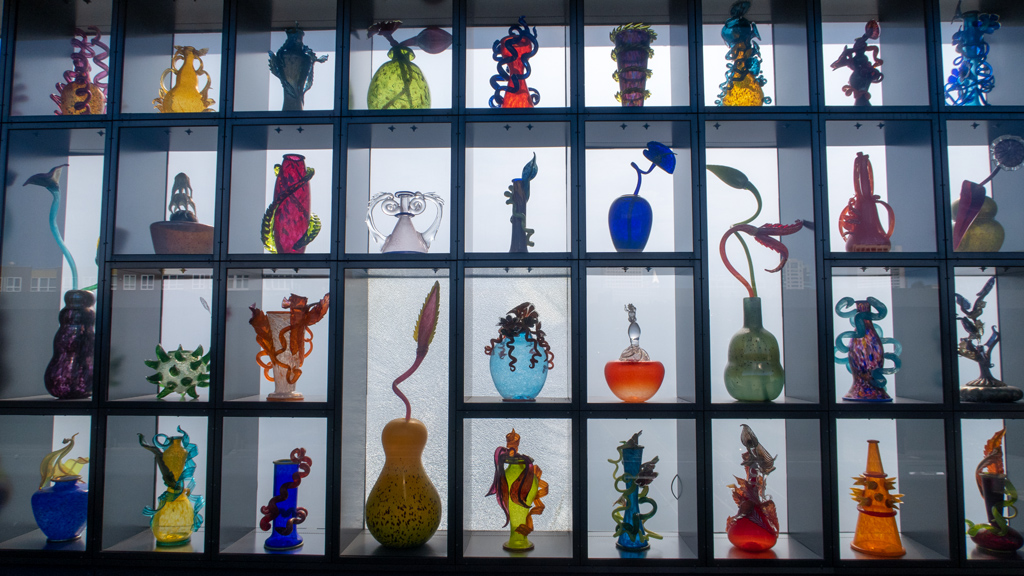 Outside the museum was an exhibit installed directly into a small manmade pond called Water Forest. From what I remember reading from the sign ex­plaining the piece, the clear glass is supposed to represent water itself, and how it rises and falls. 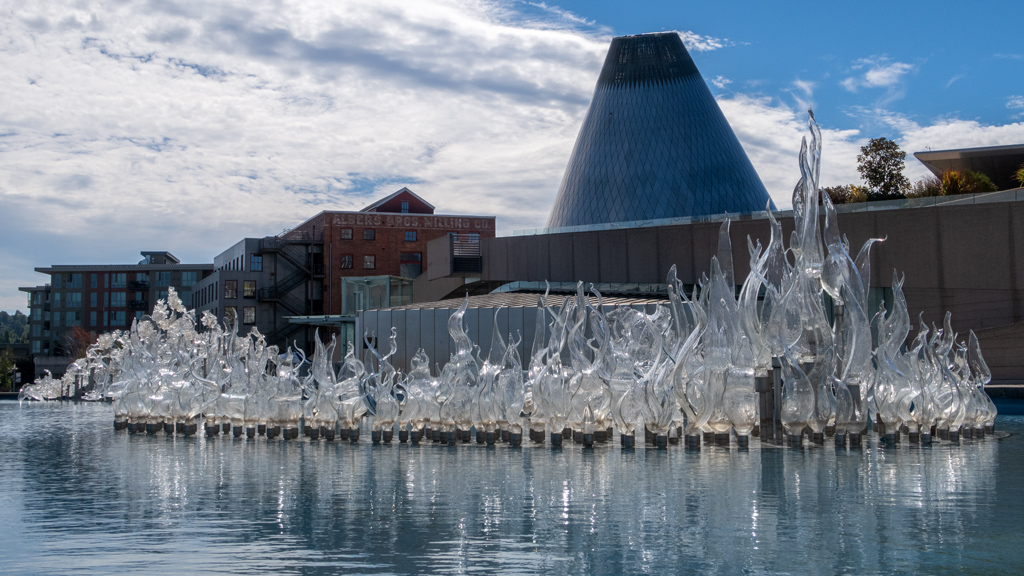 Inside the museum were various glass sculptures and other objects made out of glass—something that you’d expect from a place named the Museum of Glass. I had previously been to Chihuly Garden and Glass in Seattle, and the Museum of Glass reminded me a lot of that.

The first main section was the Viola A. Chihuly and North Galleries, and the exhibit on display was called “Boundless Curiosity: A Journey with Robert Minkoff.” 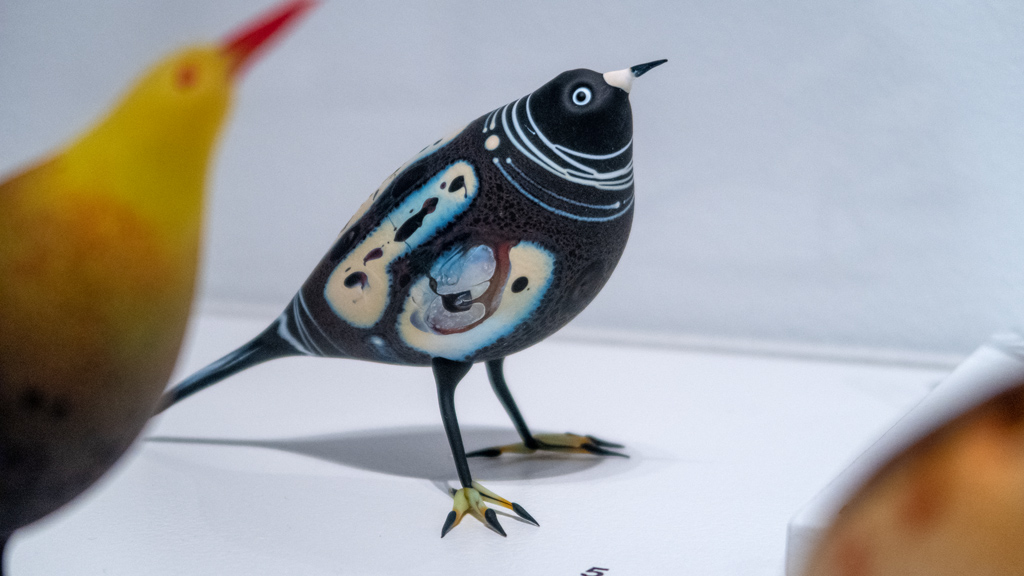 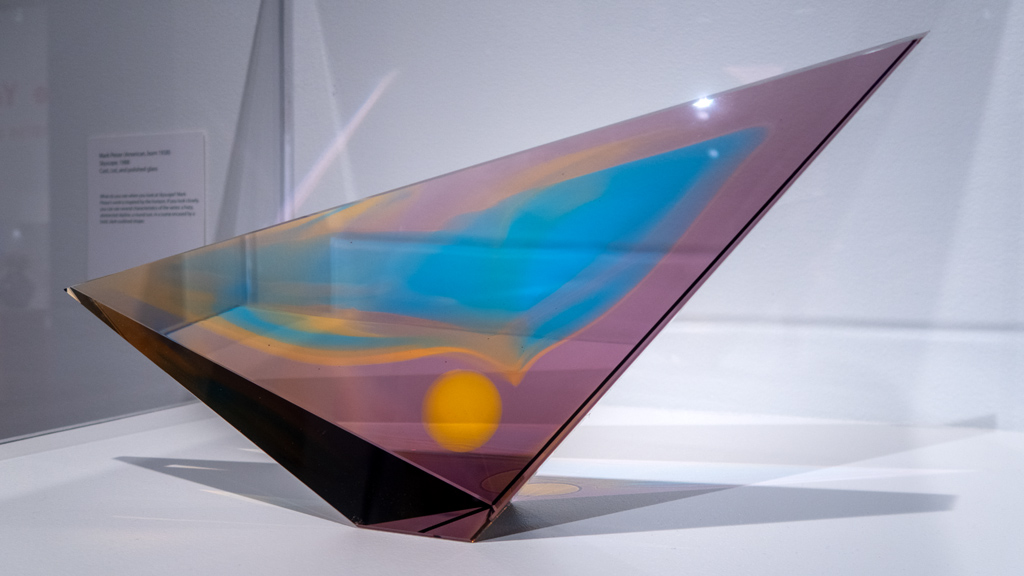 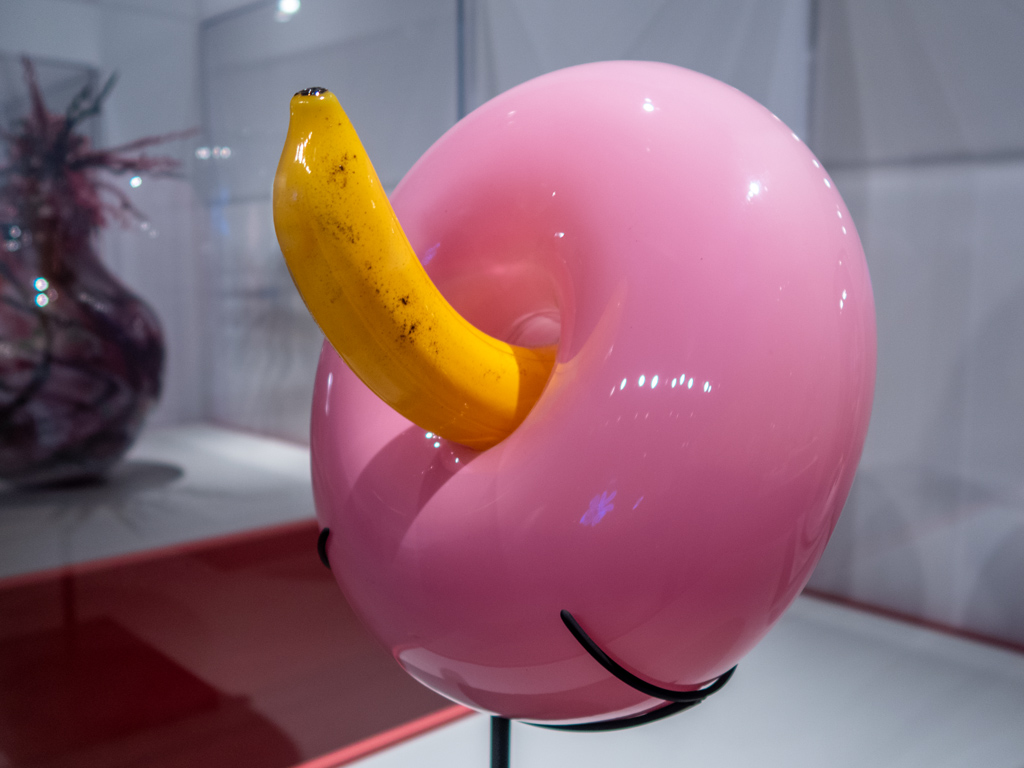 The next exhibit was called “What Are You Looking At? An Eccentric Chorus of Artists Working in Glass.” 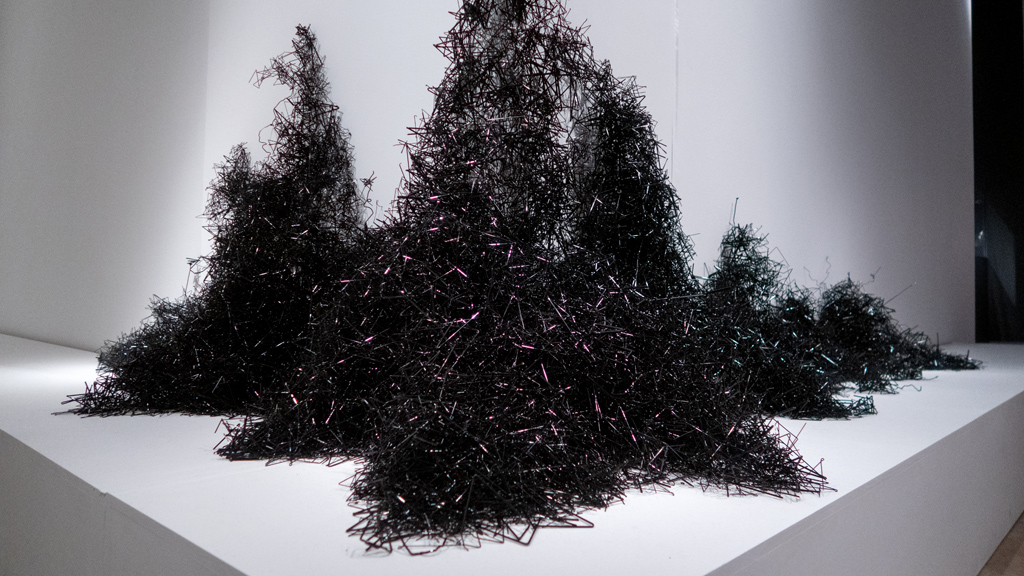 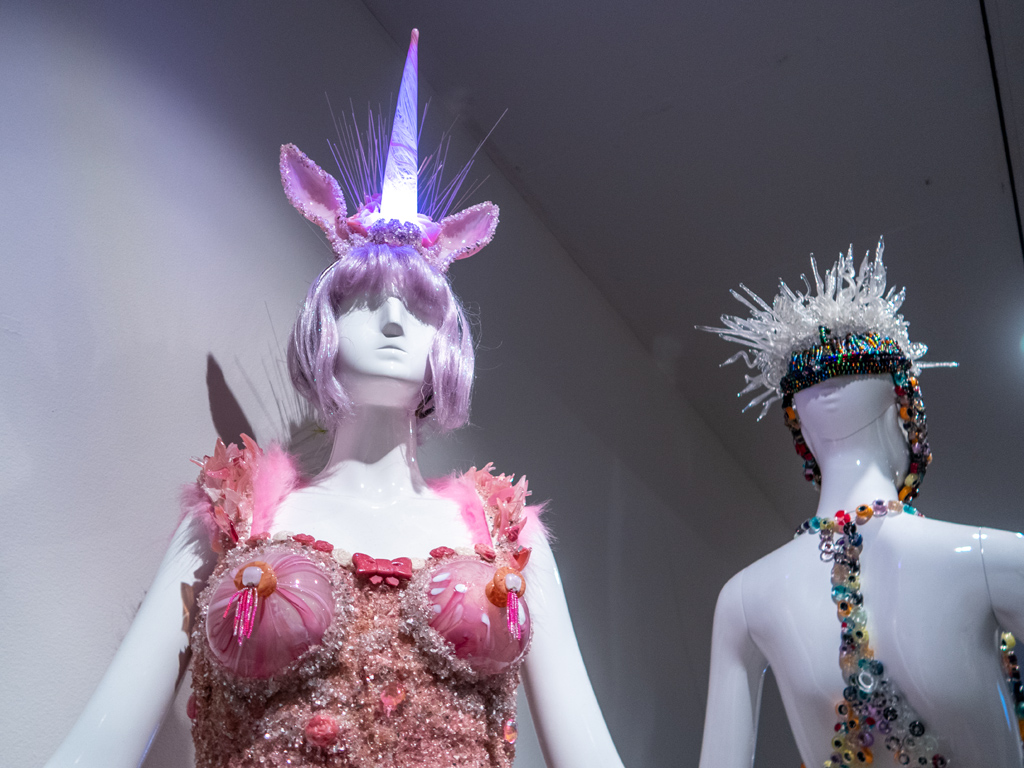 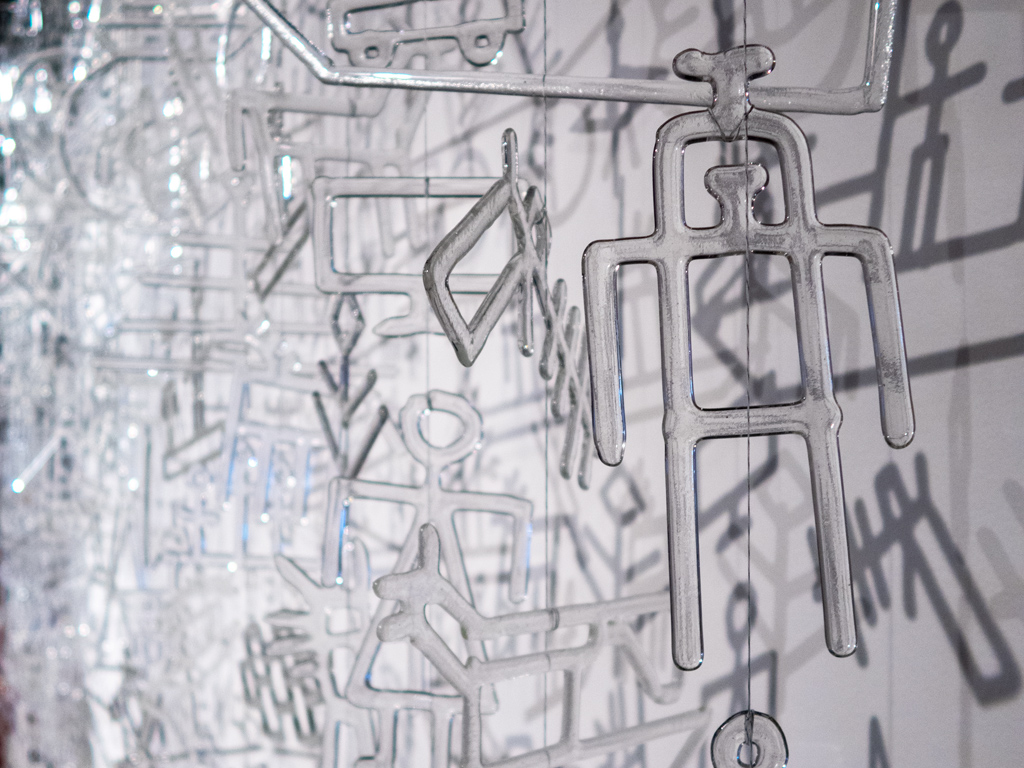 Next up was my second favorite part of the museum, called “Out of the Vault: Soundtracks.” Unfortunately, this area was very dark and it was next to im­possible to get good photos here, but the displays here were interactive motion-sensing digital art pieces that would change depending on your pres­ence—you would place your hand or body in the line of sight of the sensor, and it would react to your movement. 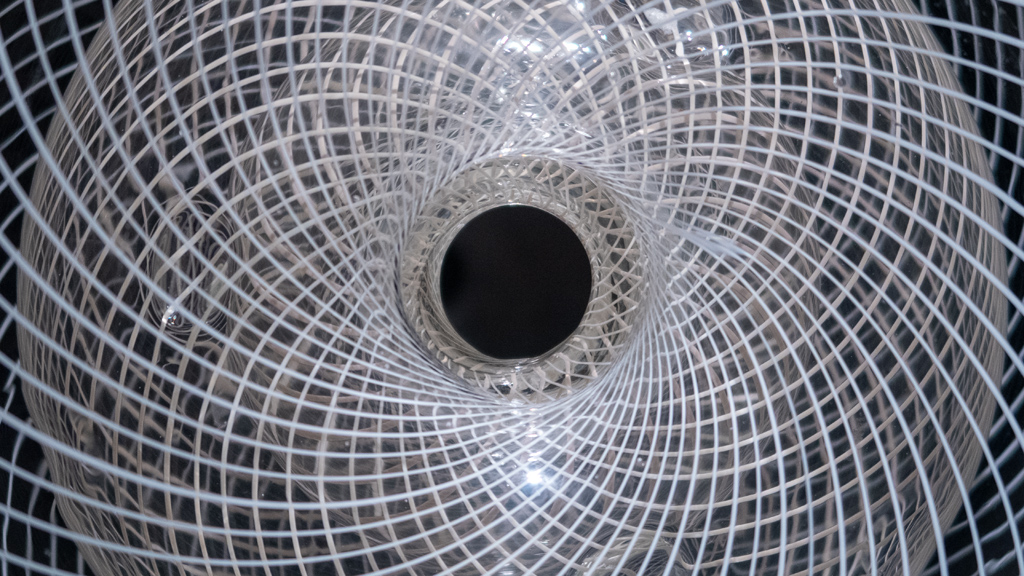 The final section of the main exhibit hall was the Leonard and Norma Klorfine Foundation Gallery, featuring “Maestro Alfredo Barbini: Nature, Myth, and Magic” and “The David Huchthausen Collection.” 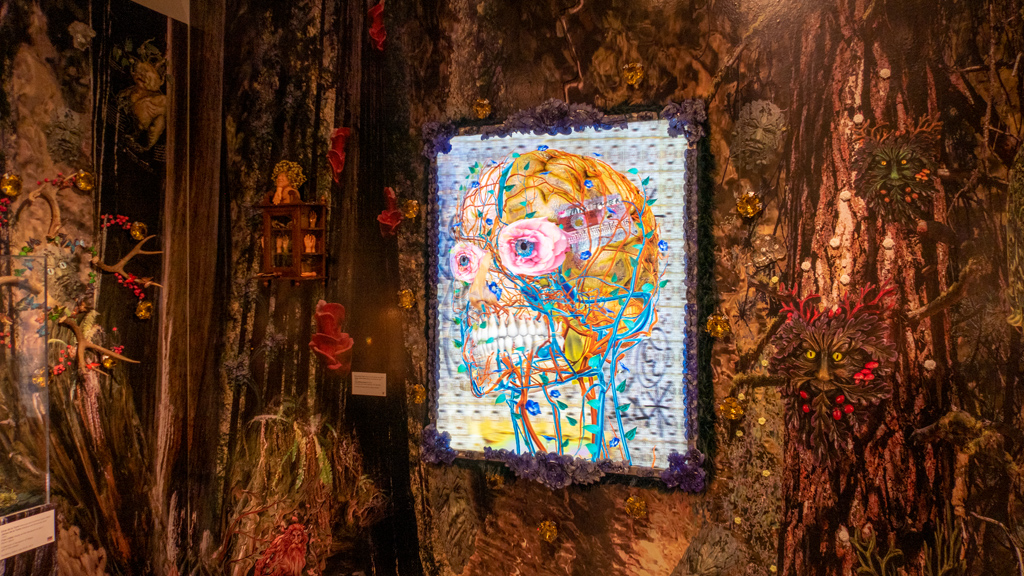 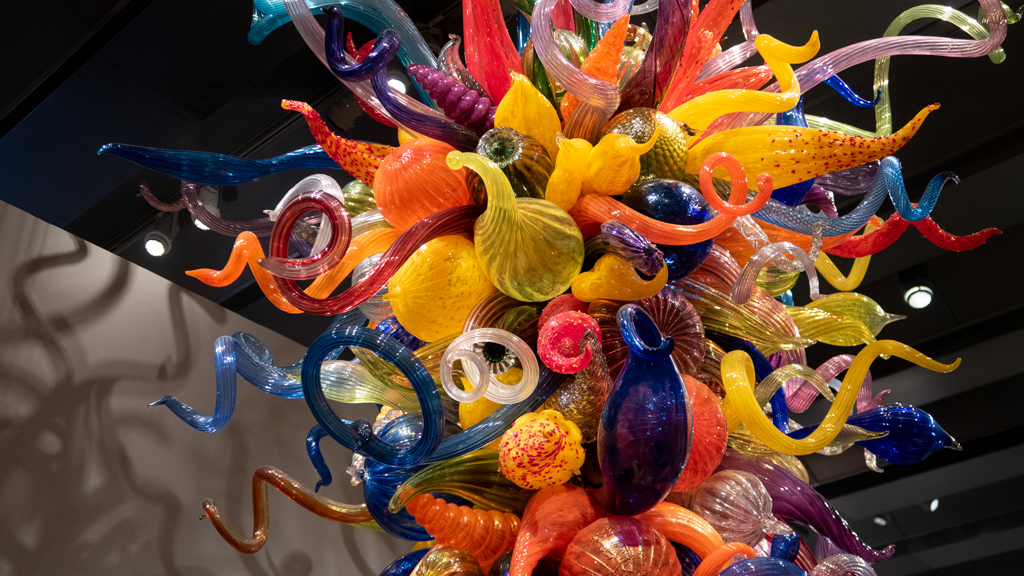 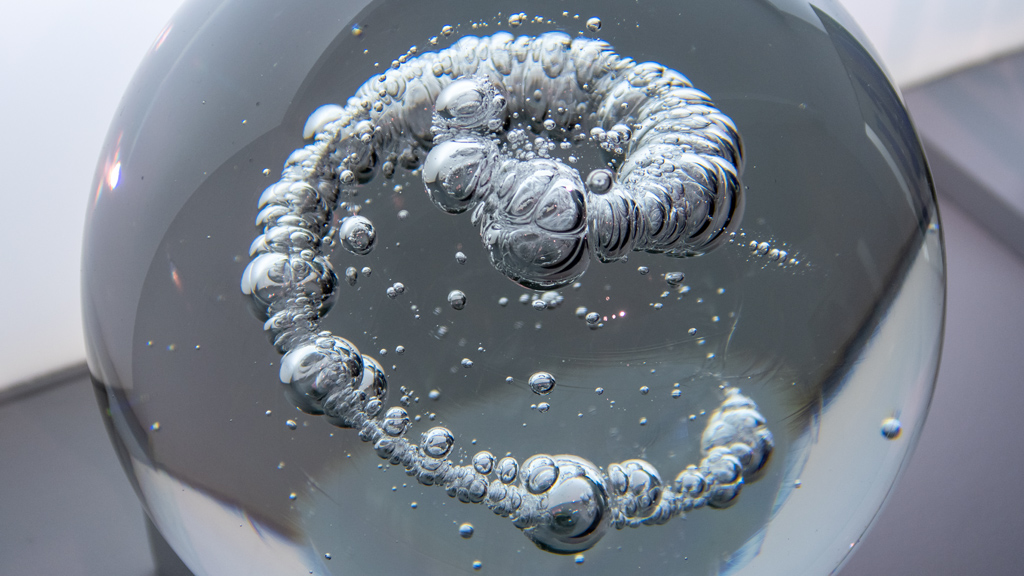 (As a disclaimer, I don’t fully recall which art pieces were exactly in which gallery; I posted them in chronological order along with their descriptions, and did my best to insert the captions in the proper place, but some art pieces might be listed off-by-one relative to the descriptions.)

My favorite part of the museum, and the part that sets it apart from the average museum, was the Hot Shop, in which they had a live glassblowing dem­onstration. I wasn’t aware that this was happening, but I had great fortune in my timing, as it started about an hour and a half after my arrival—the per­fect amount of time for me to browse through all the exhibits before making my way over to watch the show. 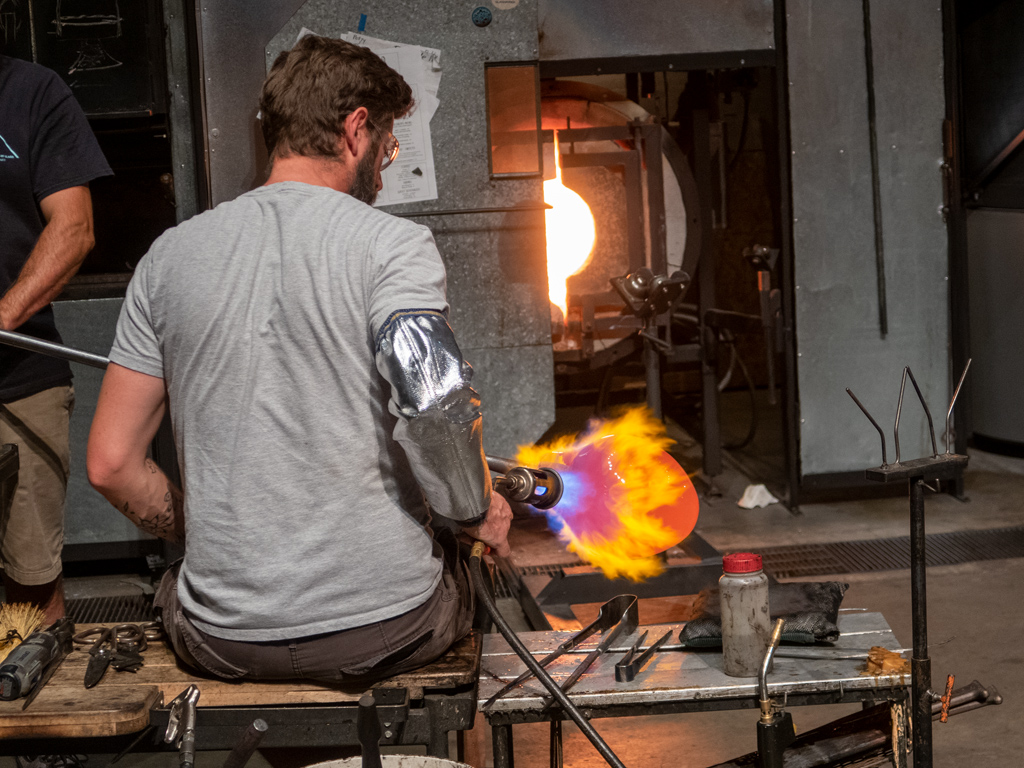 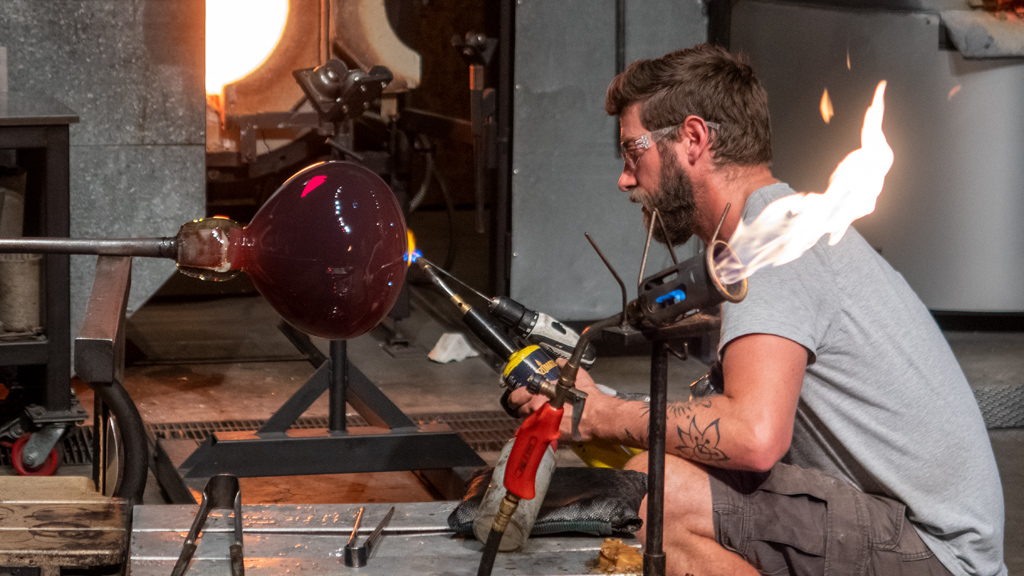 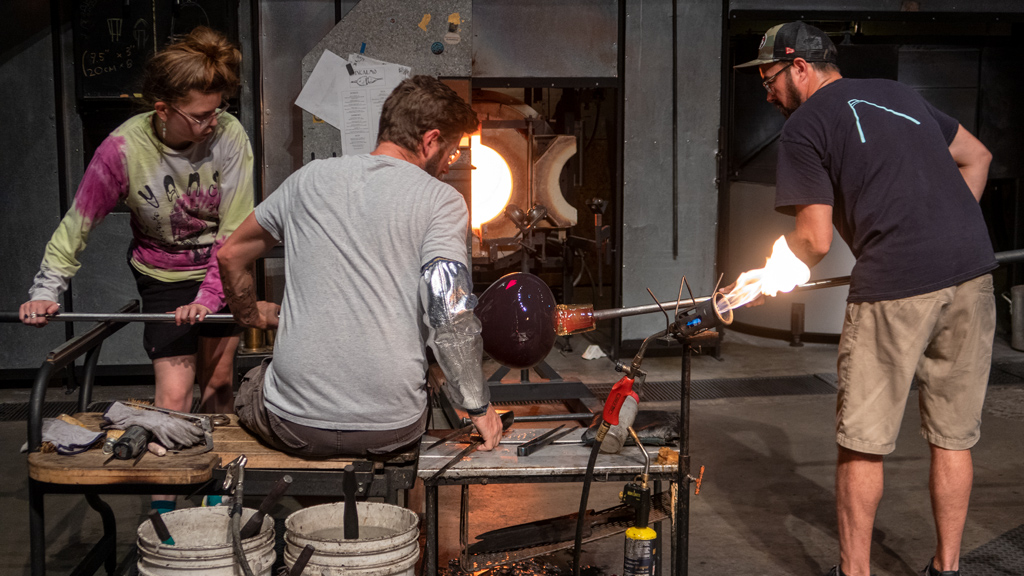 Not only was it cool to feel the heat of the furnaces from the audience seating area, but watching people working with molten glass put the entire mu­se­um into context and perspective. I thought the exhibits and galleries at the Museum of Glass were okay, but the integration of this live demonstration made it great.

If you’re visiting Tacoma as a tourist, I think the Museum of Glass could be one of the top places to visit as long as you are there for the live glassblowing demonstration (as opposed to seeing only the exhibits), and if you’re ok with paying a little extra, for the fusing workshops as well (which I did not do, as they only take place the second and forth weekends of each month, as of right now).