Around this time last month, I spent a week petsitting Bullet, Kaya, and Drake. Erin had another trip that she had to go on, so I came back to her house to take care of the dogs and cat again for another week.

Although I wouldn’t say the dogs have separation anxiety, Kaya still gets pretty sad when her parents leave. For the first several hours, she insists on sit­ting by the door awaiting their return. 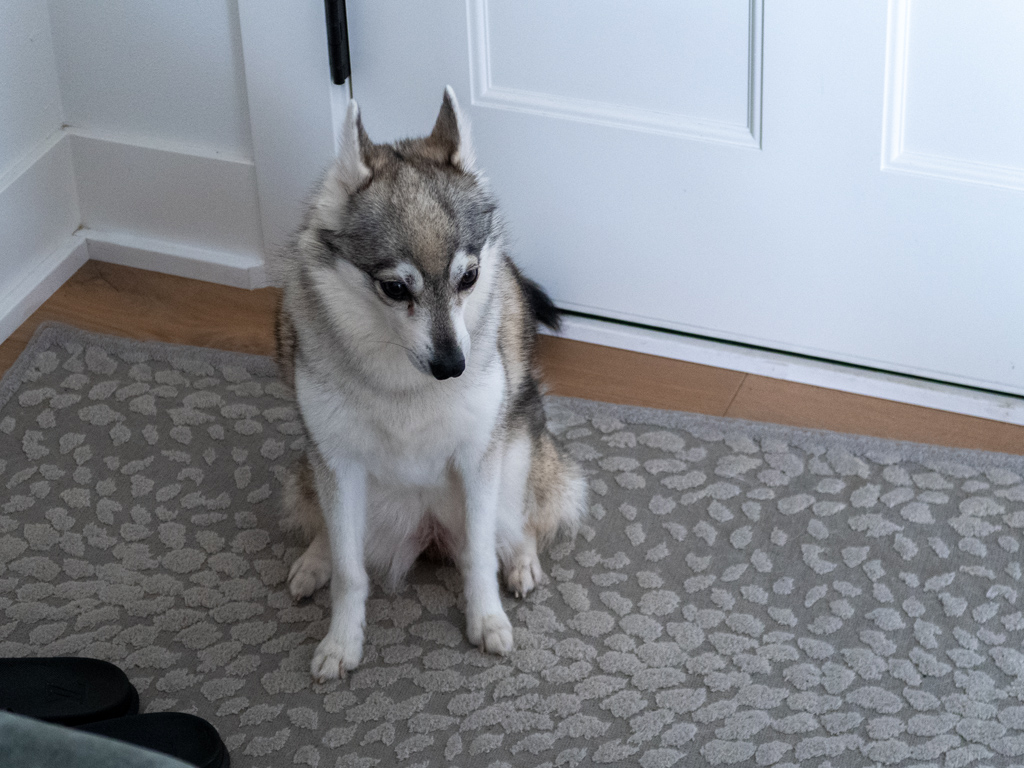 Drake, on the other hand, as a fairly normal and independent cat, has full faith that they will eventually return. He instead decided to use the cat door to go out onto the covered balcony and take a nap outdoors. 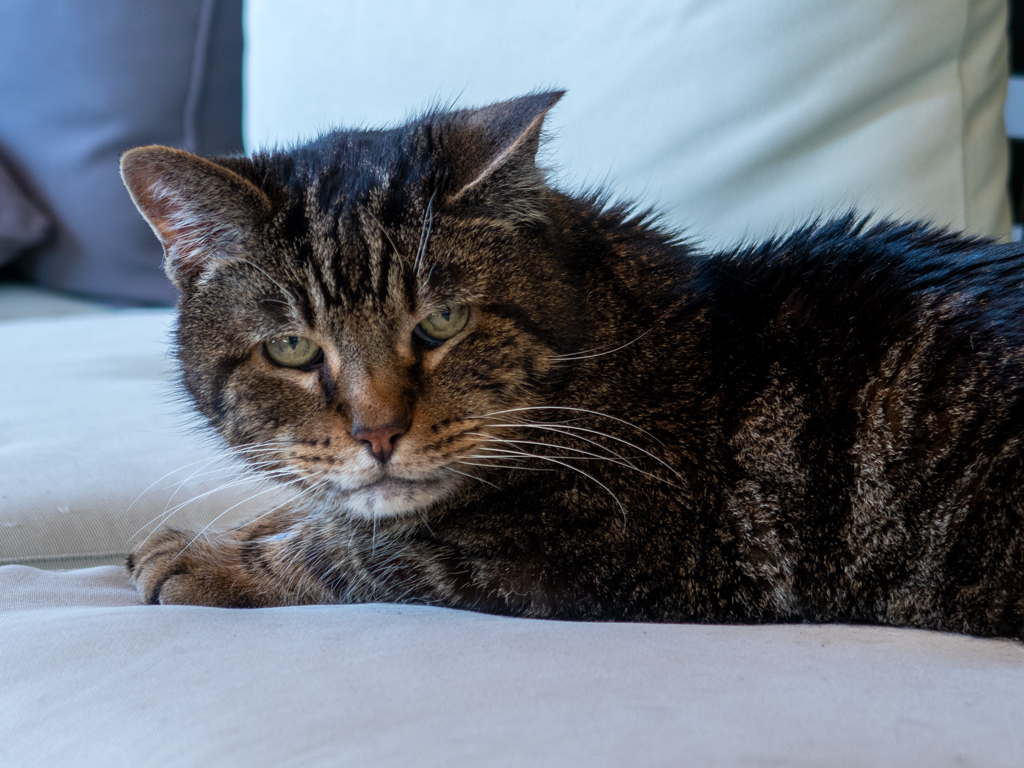 Kaya noticed Drake and wanted to join him, so she went outside as well. She wanted to sunbathe, but managed to only get half her body in the sun, prob­a­bly because she got blinded by the sun and couldn’t see where she was. 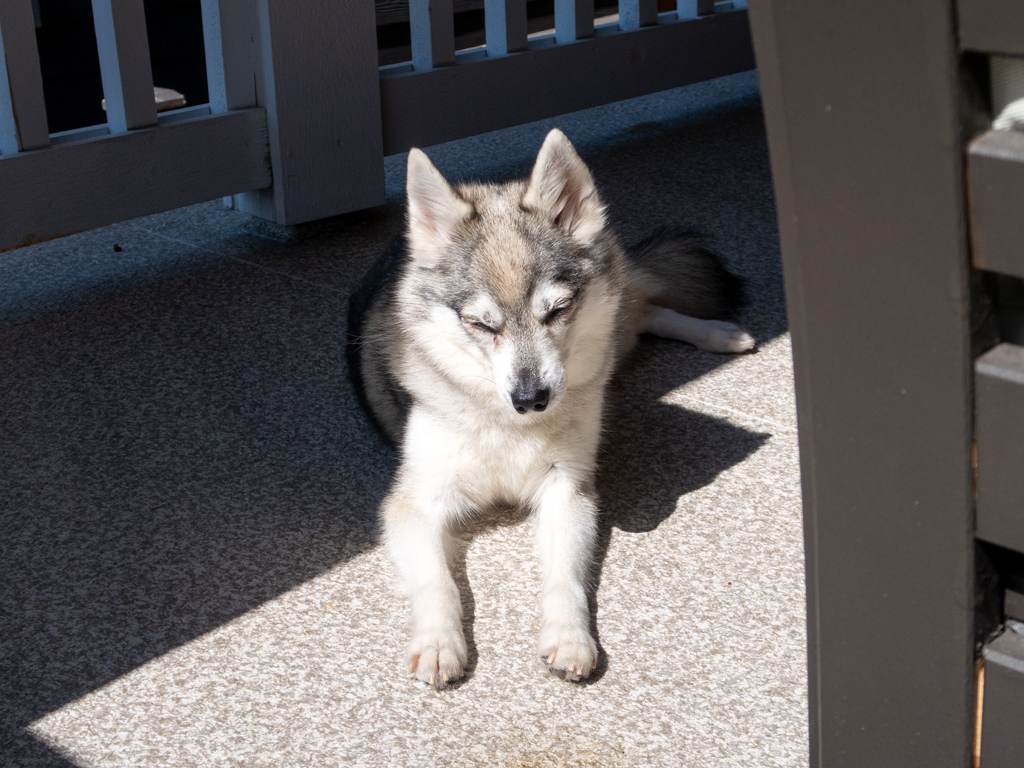 I set up my computer workstation upstairs on a table near the living room, and Bullet decided to set up shop there as well. He spent a lot of time laying next to my chair and at my feet, making sure that I wouldn’t go anywhere without him. 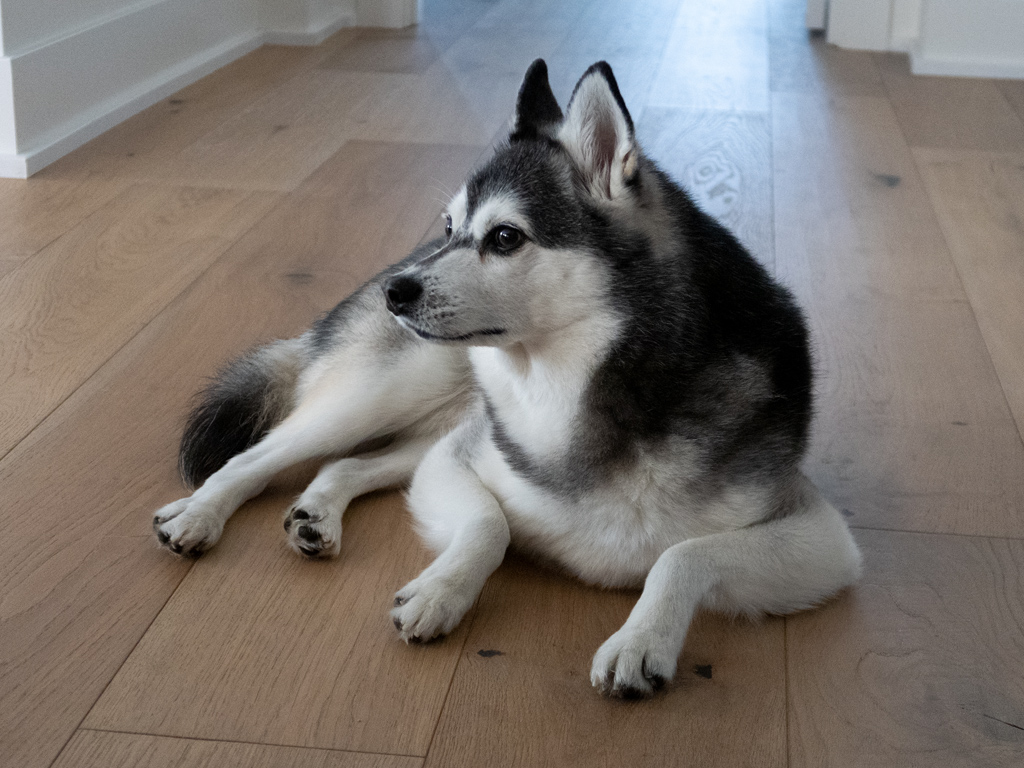 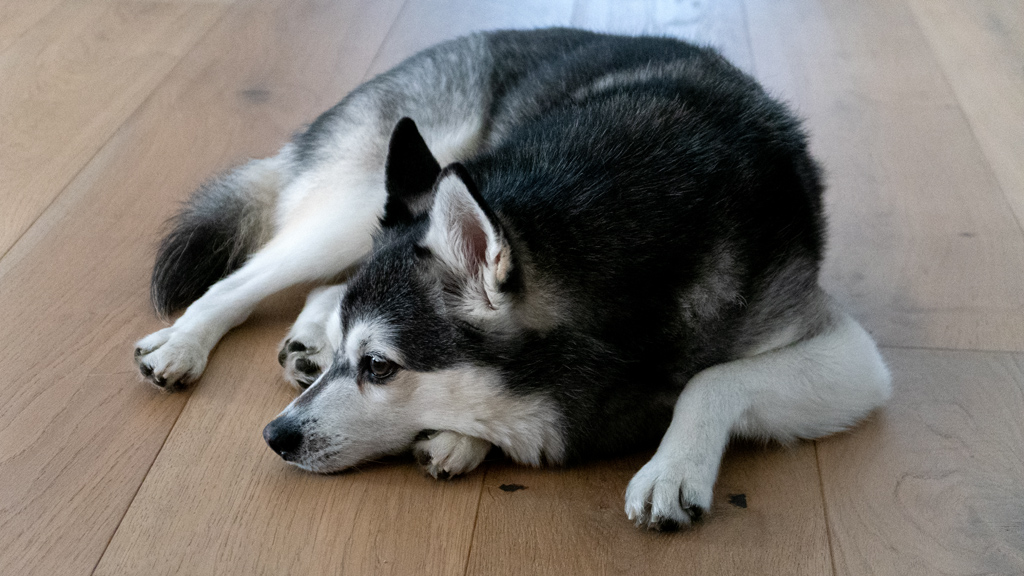 On one of the days, I went into the guest room to change into my exercise shorts so I could take the dogs for a walk. Apparently Drake was sleeping on the bed, and he did not appreciate the interruption. 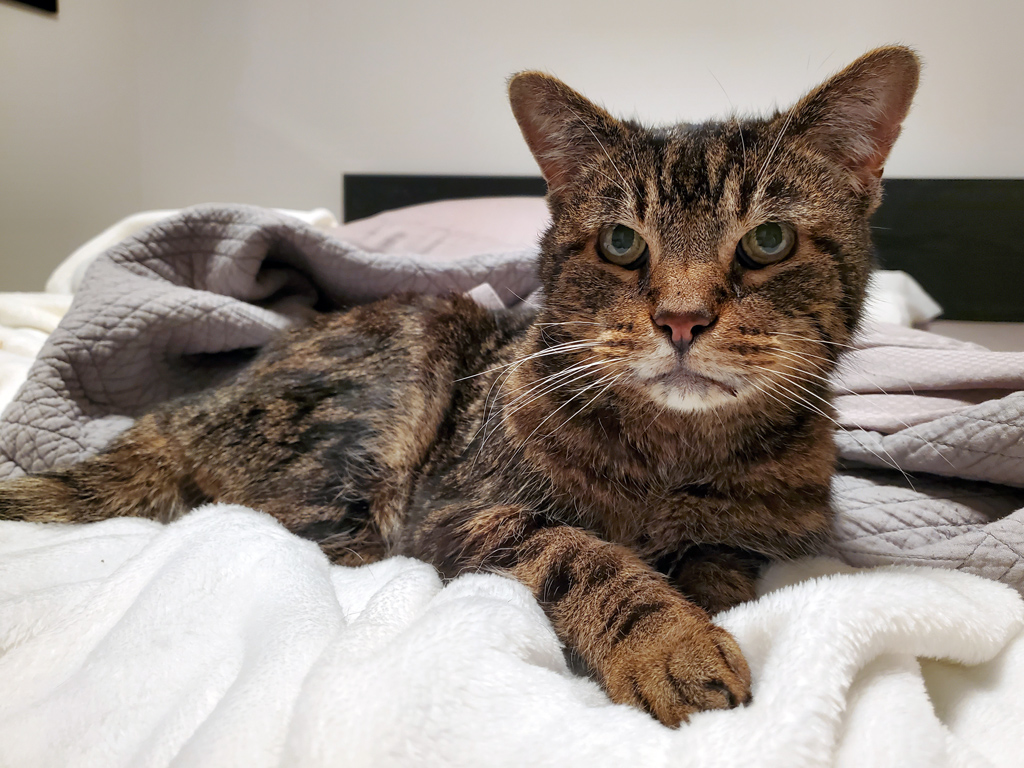 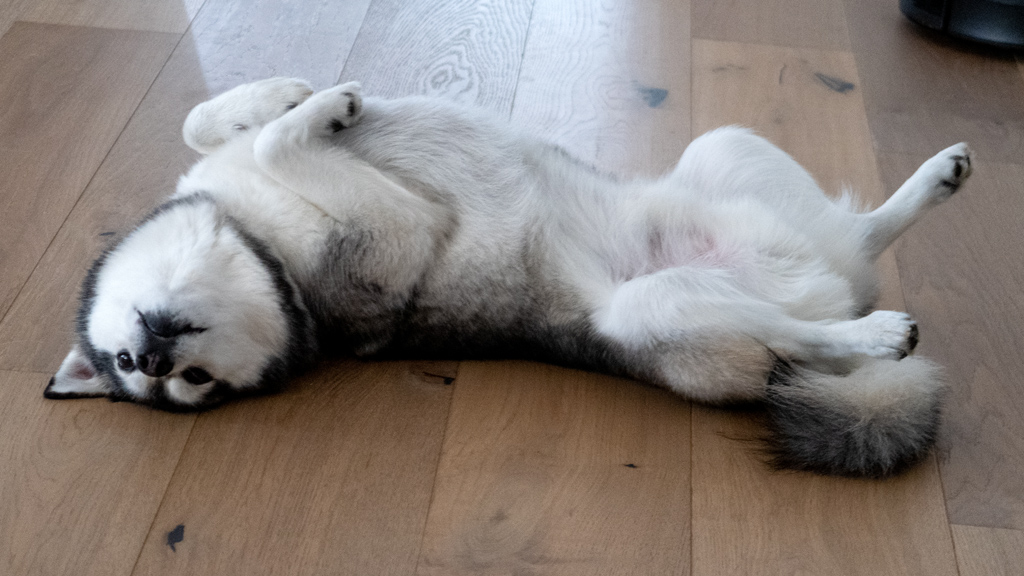 While Drake was away using the litter box, Bullet swept in and took his spot at the base of the bed in the guest room. Drake was not very happy when he returned. 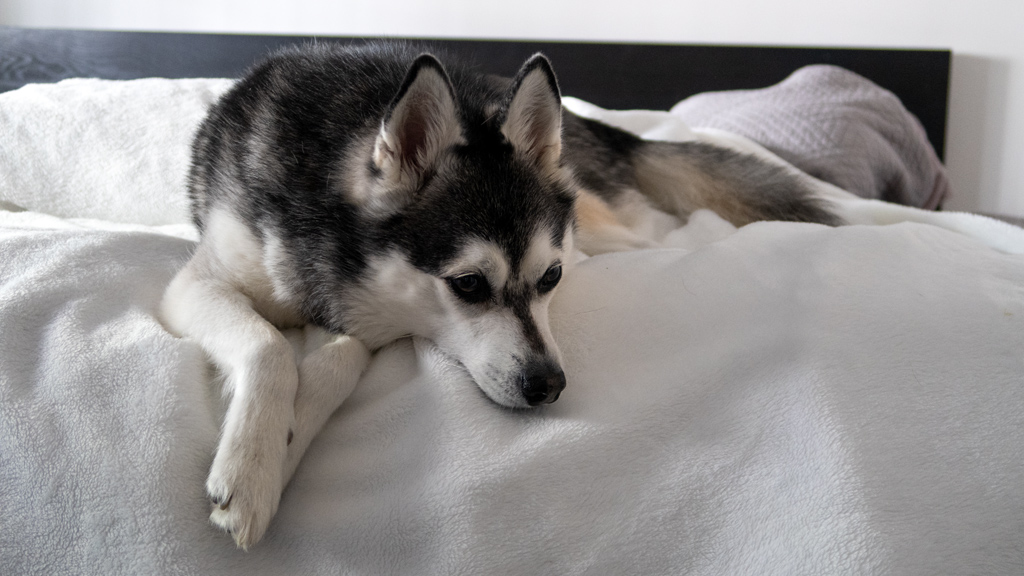 One of Drake’s favorite activities is sunbathing. However, when he is upstairs and far away from the balcony, but needs sun now, we have to make do with what’s available. Here is Drake using some of the natural light shining in during the morning and sticking his head into the sun strip. 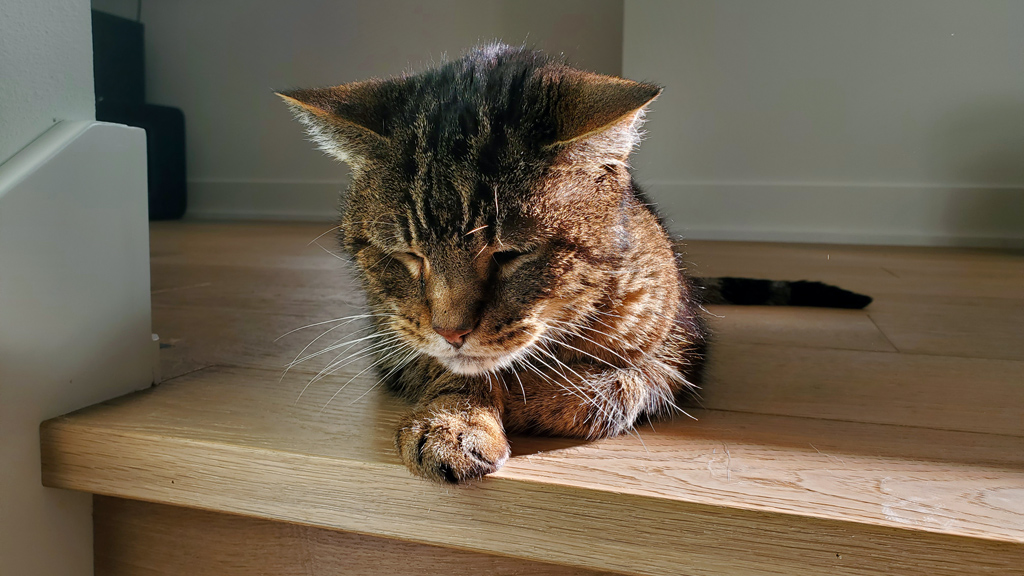 Because this is my second time petsitting, the dogs are much more comfortable with me now than they were last time. They like to spend a lot of time around the guest room where I sleep, and when I got out of the shower one day, I noticed that they had repossessed my pillow. 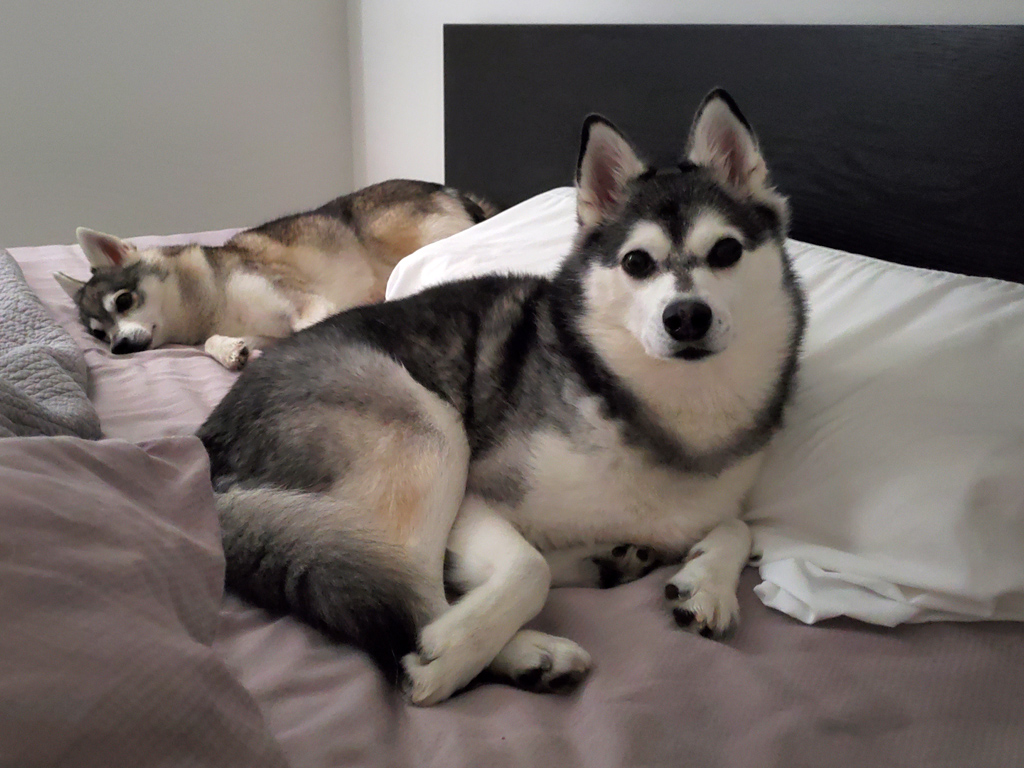 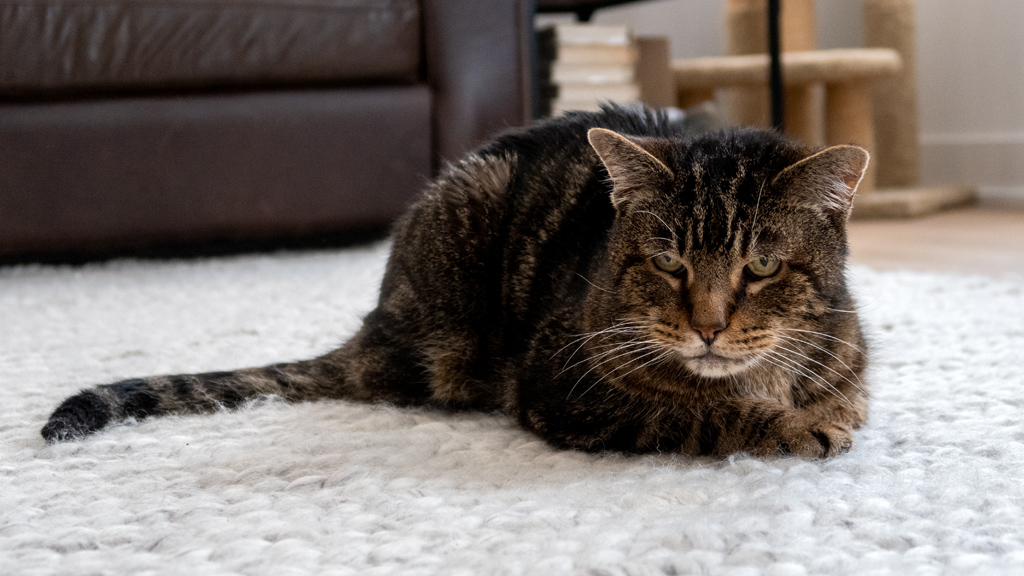 I went to snap a photo of Kaya out on the patio, but when I kneeled down, she got up to walk over to me; I captured the photograph as she was getting up, and found it hilarious that she looks like an alpaca in this picture. 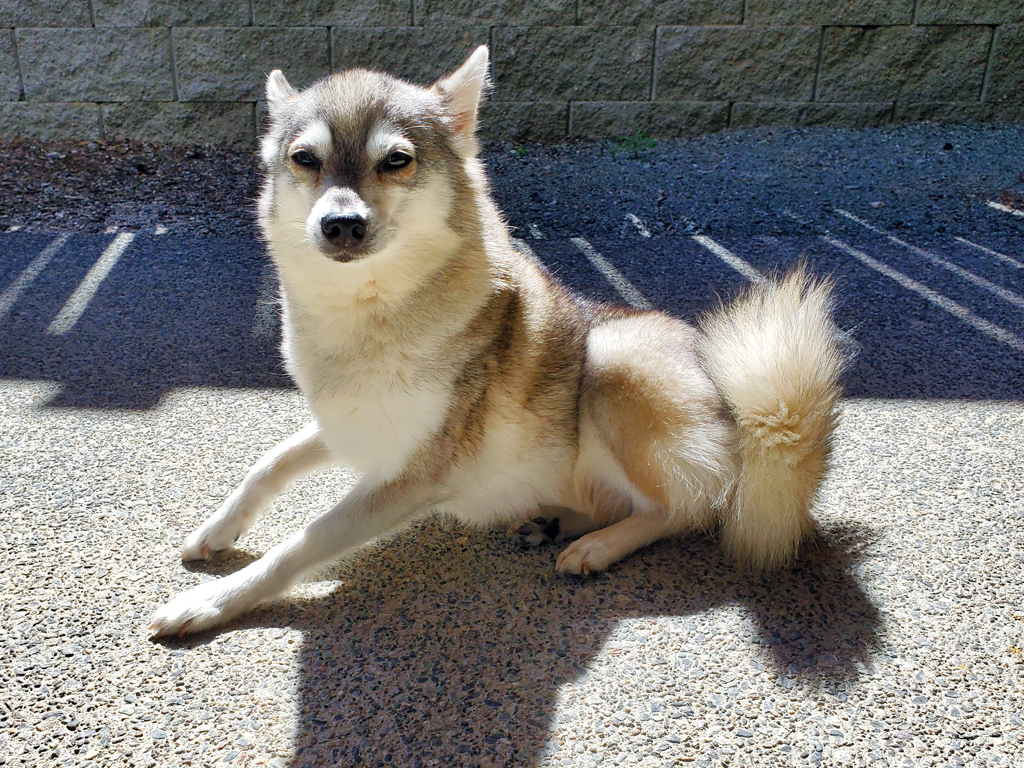 We have tentative plans for me to petsit again in September, so more photos to come soon…