Almost a year ago, I blogged about meeting Erin Krell’s pets for the first time—Bullet and Kaya the Alaskan Klee Kais, and Drake the domestic longhair. I’ve obviously visited them many times since then, but recently for a week, I petsit them while Erin went on vacation with her husband.

This was the first time I had lived with animals ever since moving out from my previous living situation with a roommate who had three cats. It can ob­vi­ously get pretty distracting, but it was nice having them around, and usually, it was a healthy type of distraction—they would prompt me to get off my computer for a bit and move around with them.

The day before I took over petsitting for a week, Erin, her husband, and I went to pick up some burgers and a fish sandwich from a restaurant and brought the dogs along. Here are Bullet and Kaya patiently awaiting their parents’ return. 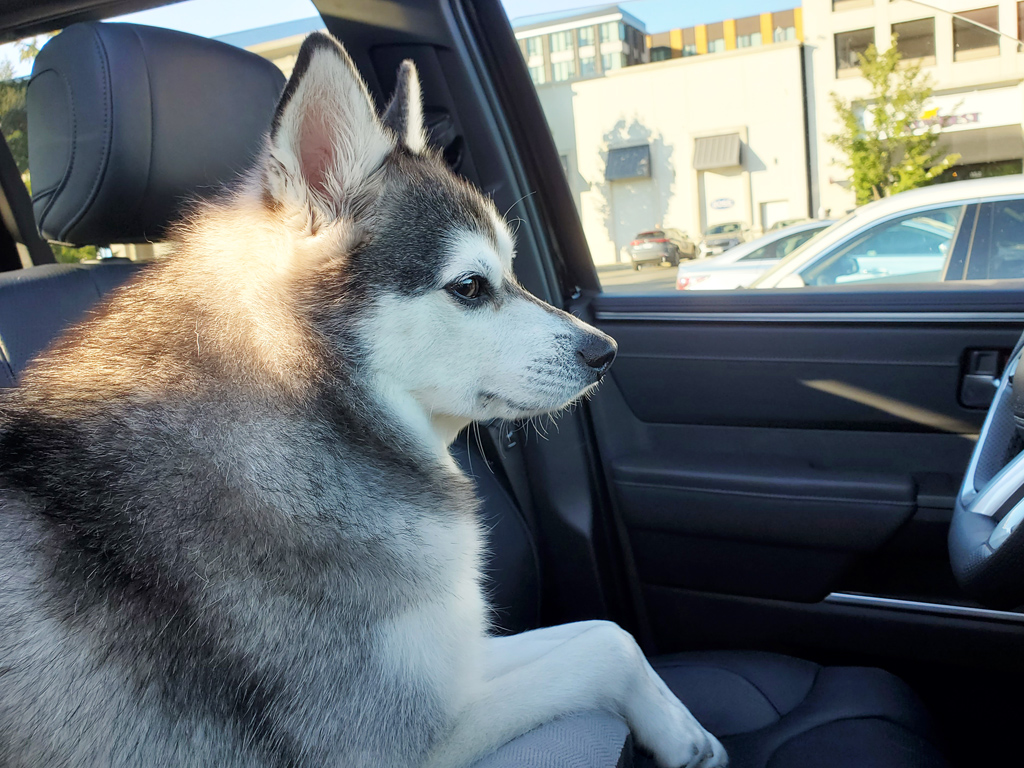 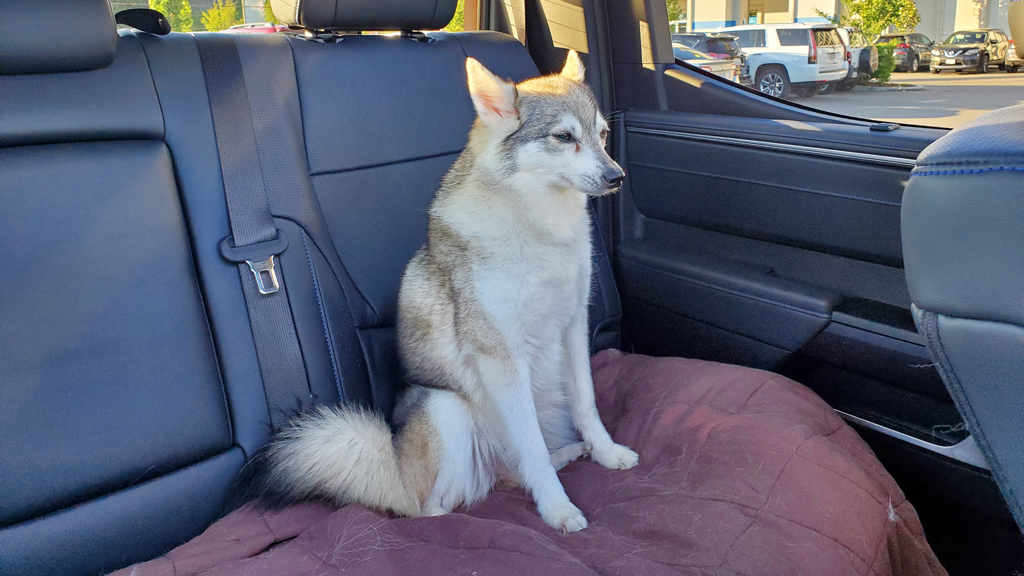 The dogs enjoyed spending time outside, which was useful for me to go out and get some fresh air. We went on walks every day except for one day when it rained all day, and I took them out to the backyard an additional four times per day so they could go to the bathroom. 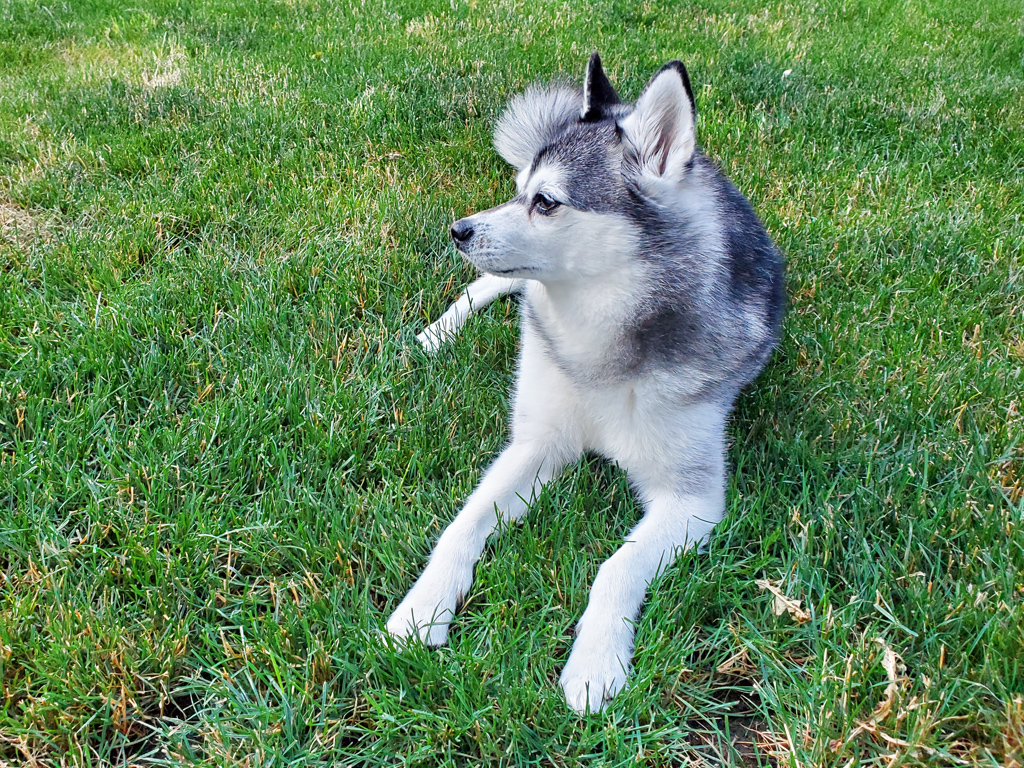 One convenient part about their house was that the exercise room had a direct view of the backyard, so the dogs were able to sunbathe, while I would be indoors lifting weights and keeping an eye on them to make sure they weren’t doing anything too wild. 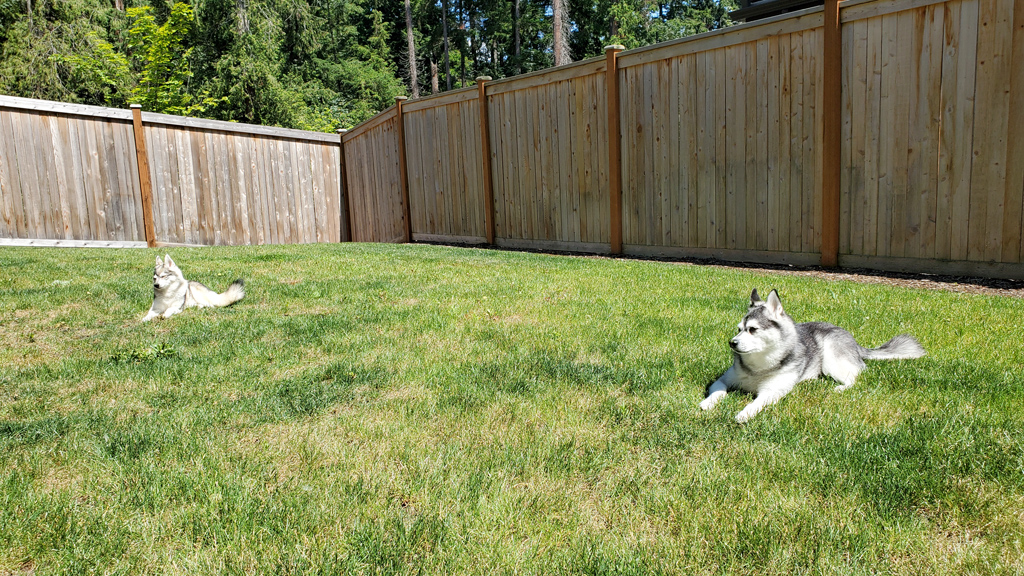 Drake, as you’d expect from a fairly normal cat, was very independent. He would roam around the house at his leisure, then make his way downstairs when his internal clock told him it’s time for his next meal. After eating, he would make his way back upstairs to a comfortable spot and clean himself up. 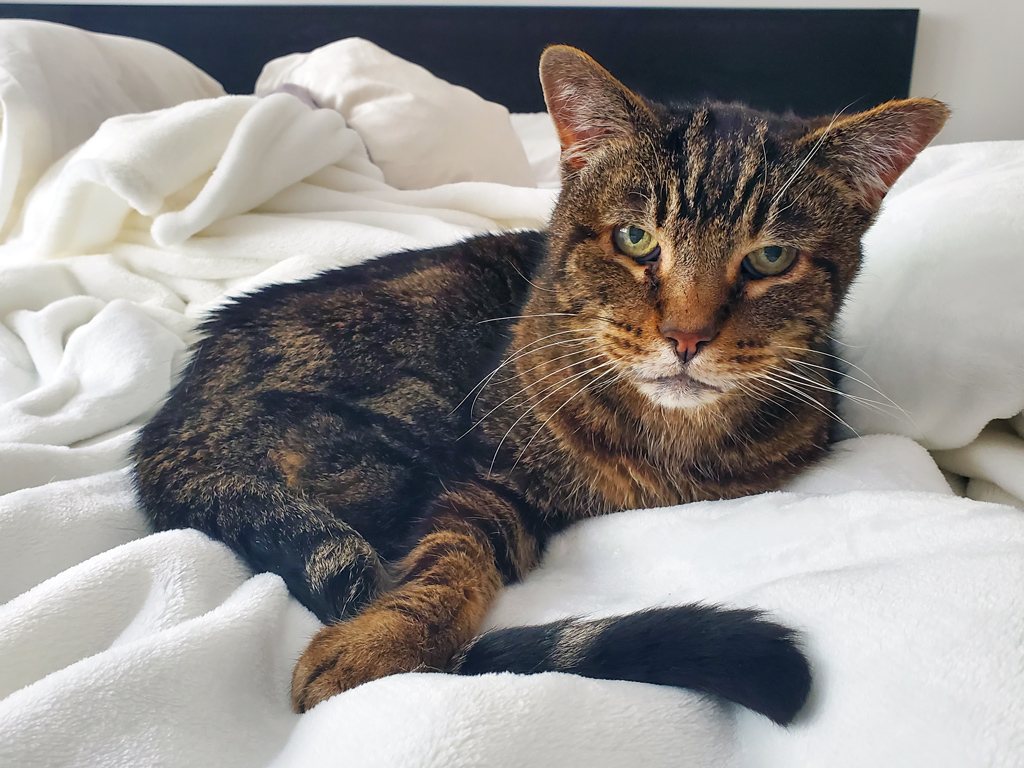 Here is Bullet staring deep into my soul and trying to figure out why I won’t give him another treat, even though it’s already been AN ENTIRE 12 MI­NUTES since his last treat. 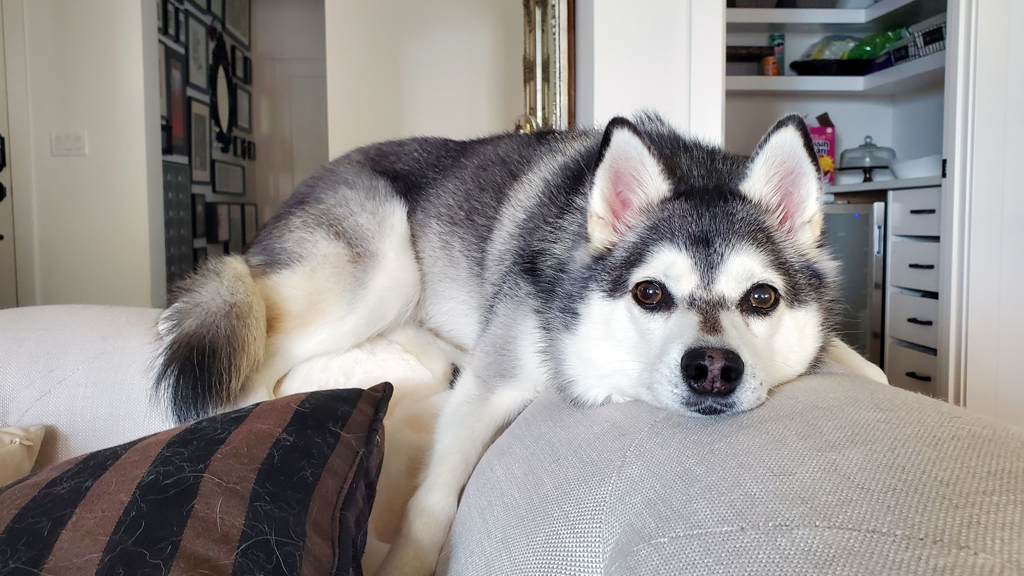 Kaya had a little bit of separation anxiety, laid by the front door a lot, and slept in Erin and her husband’s bed for a while. However, at some point, I think she realized that her parents were on vacation and hadn’t just gotten lost coming back from the grocery store, so she curled up in a ball and slept overnight next to me in the guest room for the second half of the week. 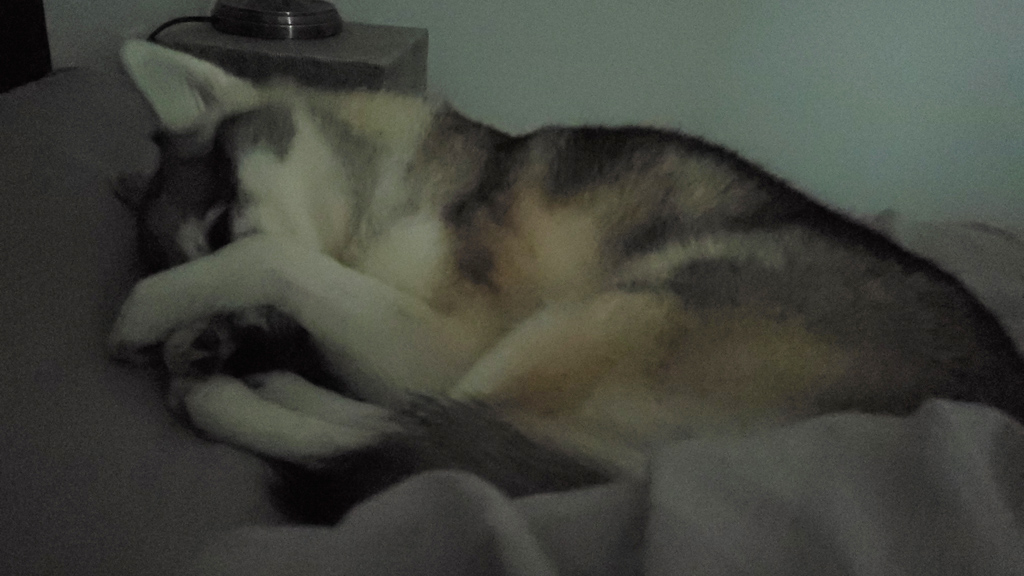 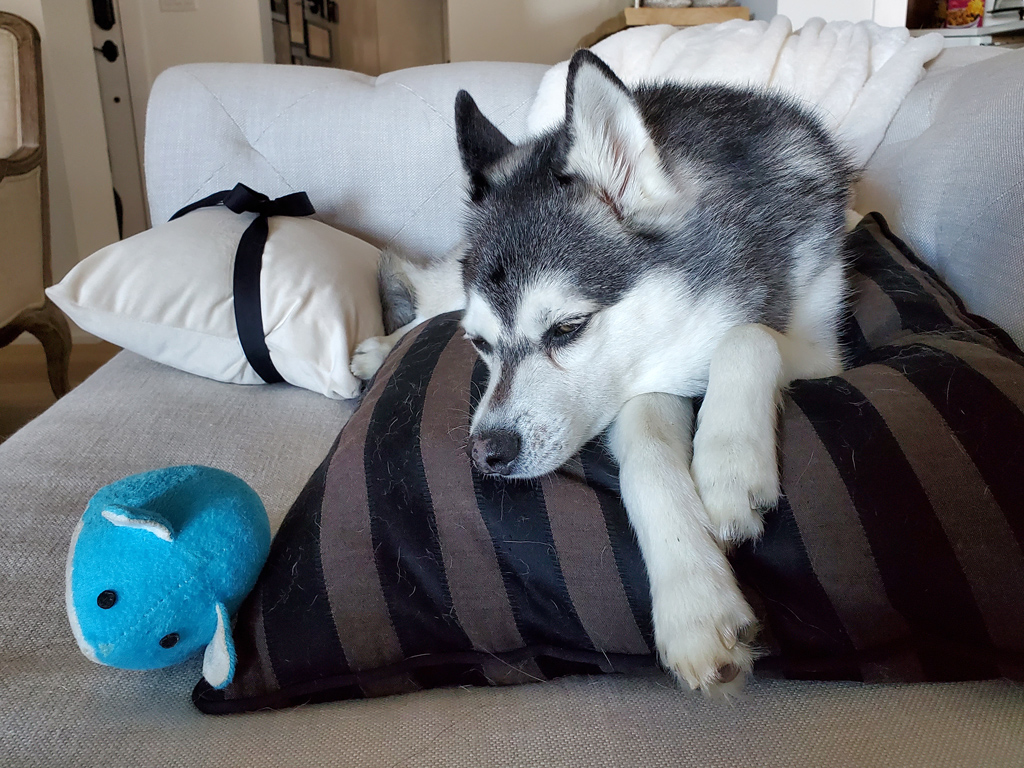 Bullet is probably one of the smartest and most intuitive dogs I’ve ever met, but even the smartest dogs sometimes have internal clock errors. Here is Bul­let miscalculating the time and asking for his dinner half an hour too early. 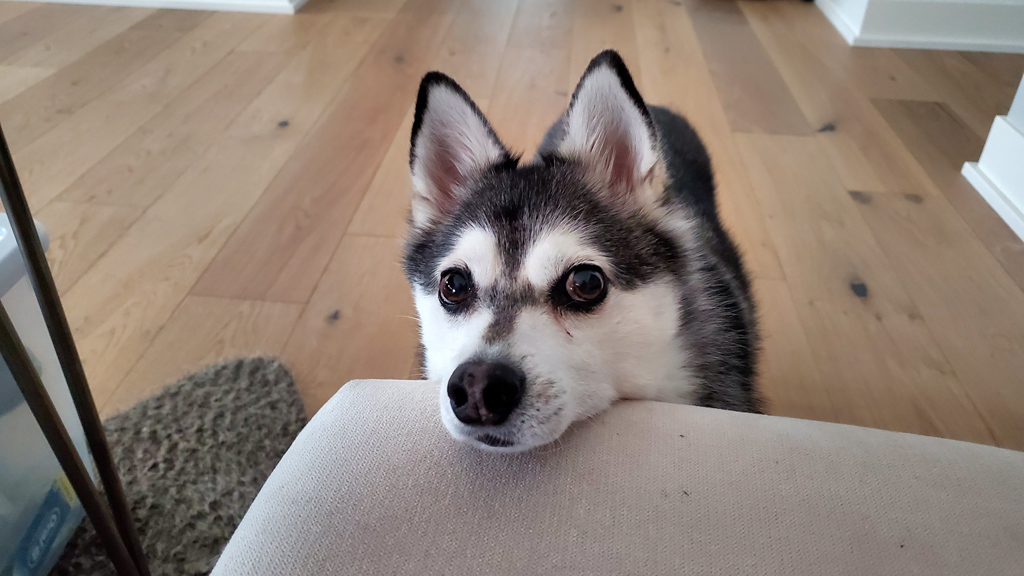 Here is Drake after dinner one day, forgetting to retract his tongue back into his mouth after finishing grooming himself. 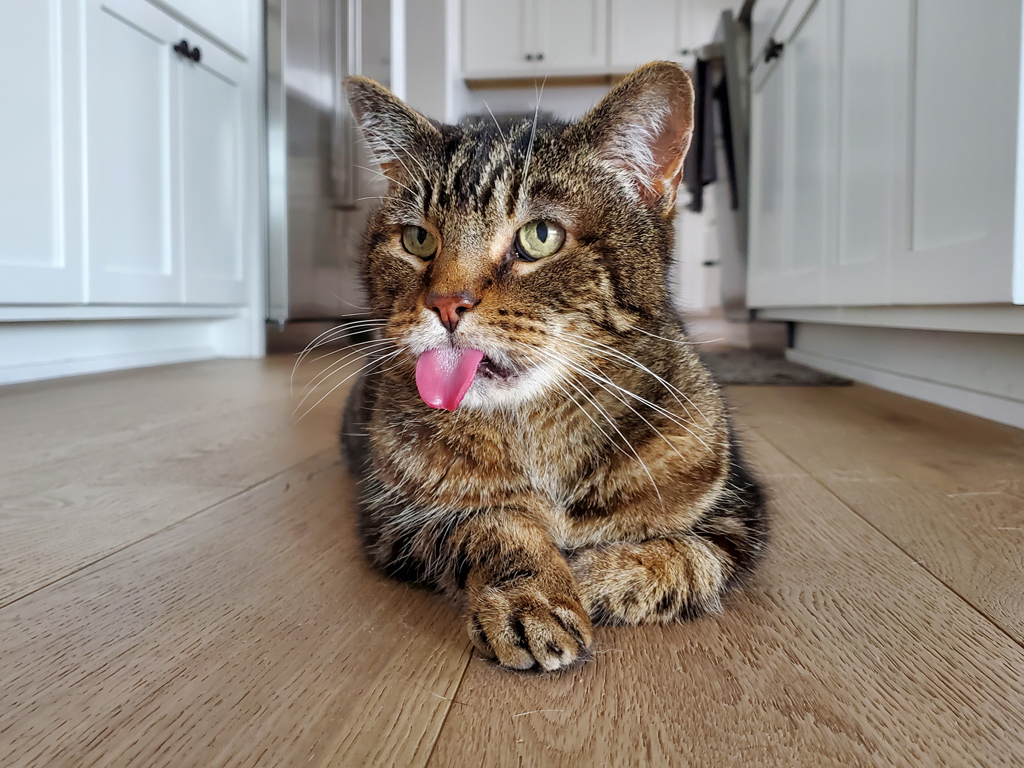 And for some bonus photos, here is Kaya sitting below Erin’s desk while she works, which I took a few weeks ago… 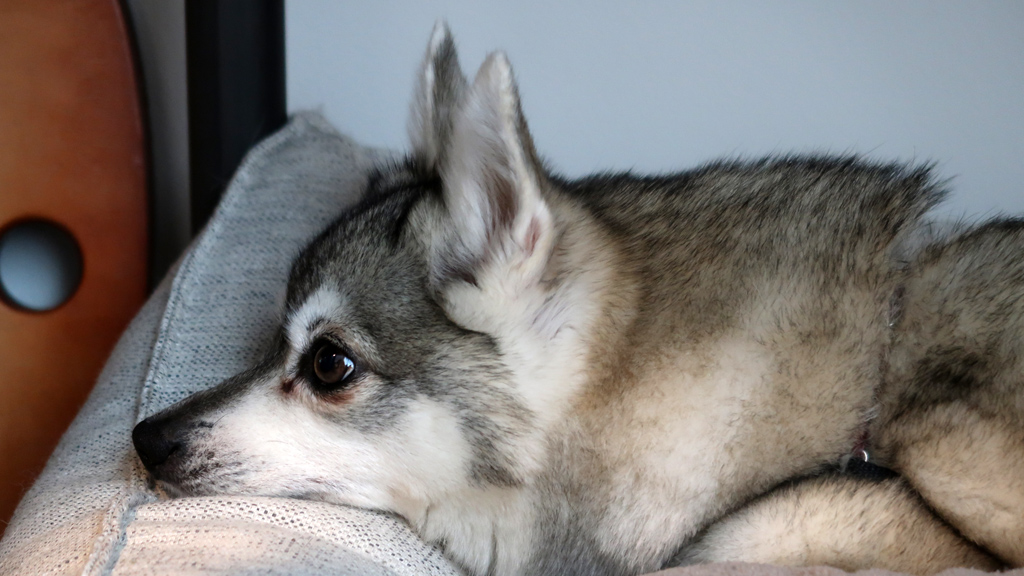 … as well as Drake staring off into the distance, looking like a wise old man, probably solving integral calculus and differential equations in his head. 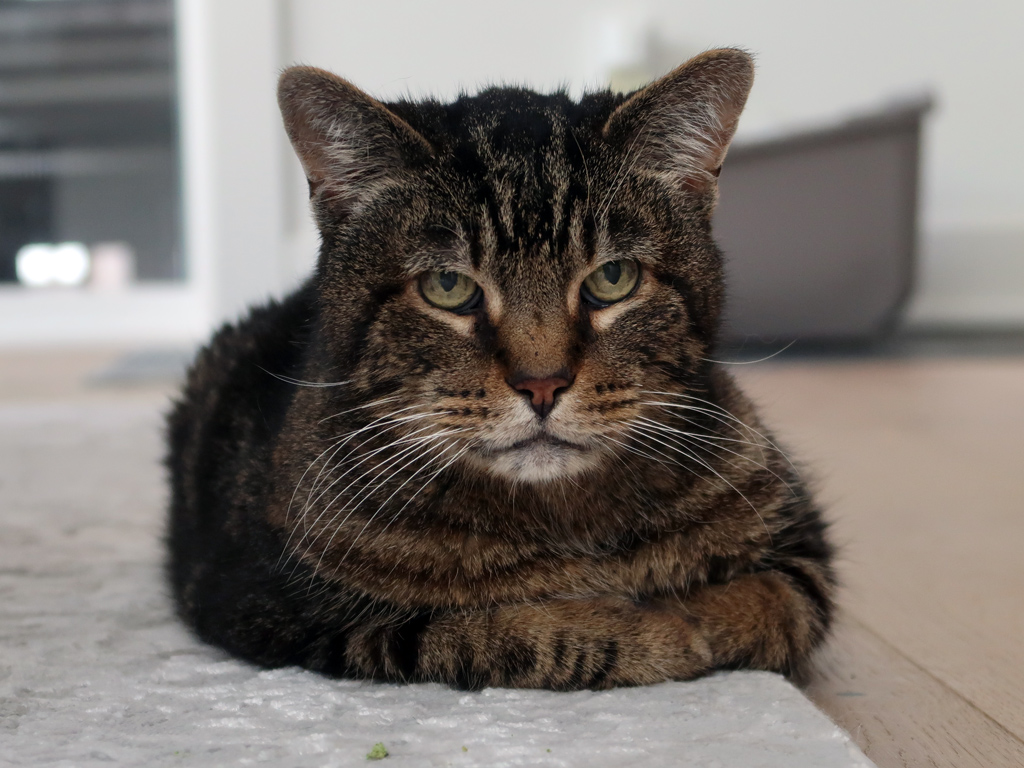