I’ve been looking at a lot of rocks and mountains lately from all my hiking and visiting national parks and monuments, so I decided to switch it up a bit and go to the Reptile Gardens south of Rapid City, South Dakota to look at some animals. 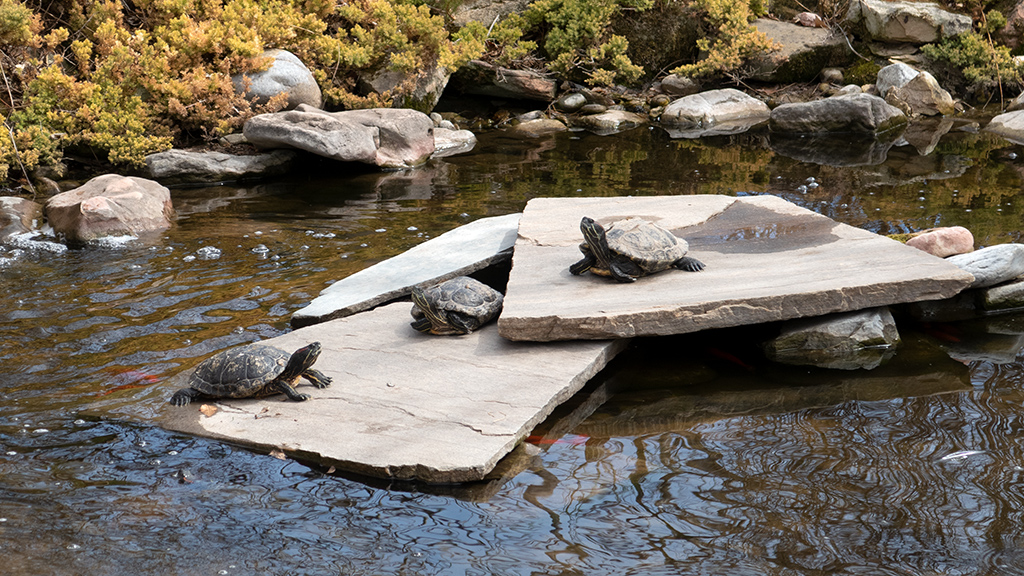 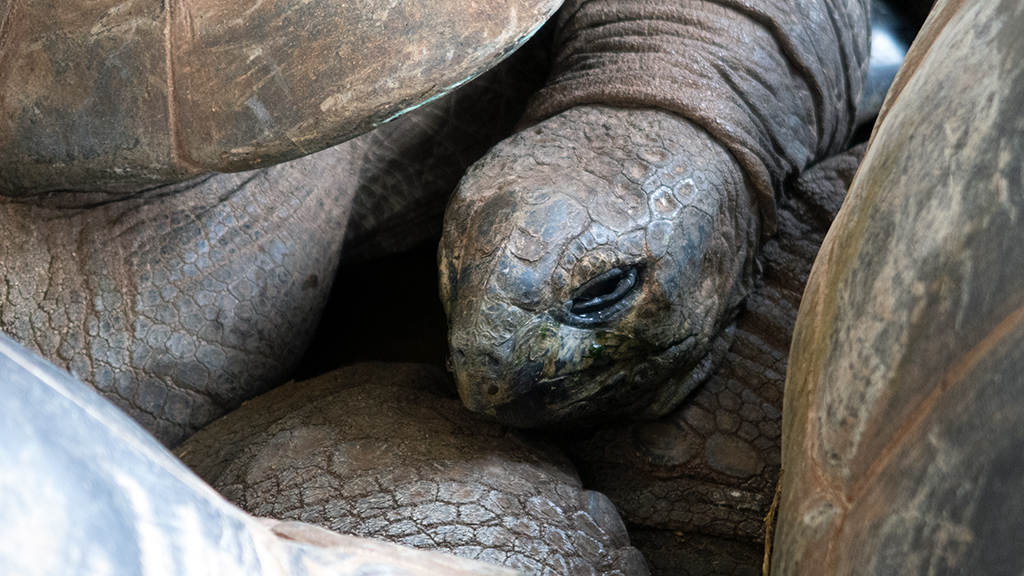 It’s still considered off-season (and it’s still pretty cold outside), so not all the exhibits were open. Apparently, Reptile Gardens has a lot of interactive areas where you can pet reptiles, but those weren’t available during my visit—the only animals I were able to safely touch were the giant tortoises that were just peacefully lying around (and even then, I only pet their shells). 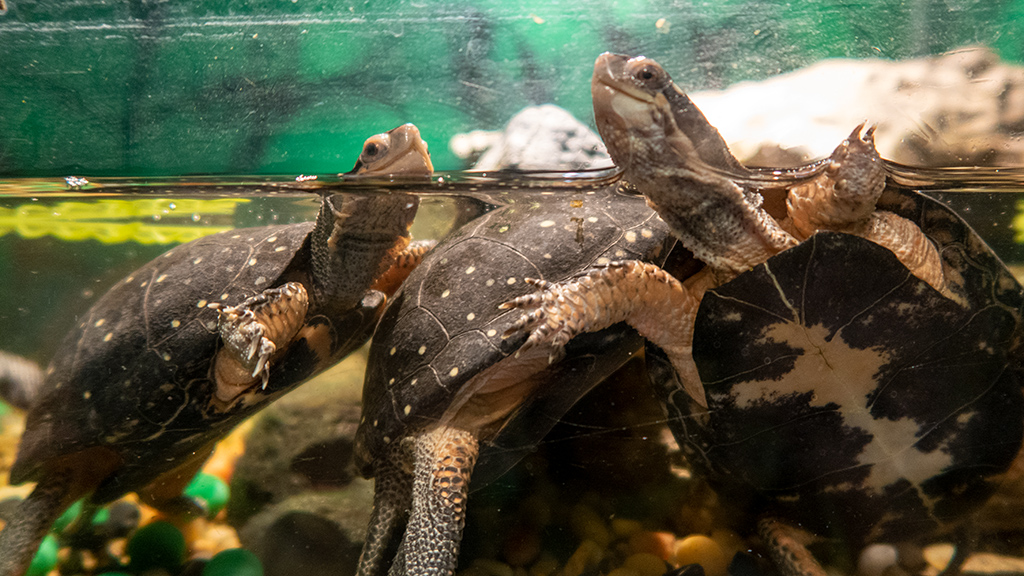 Reptile Gardens is composed of both an outdoor area and a few indoor areas. The largest indoor area was the Sky Dome, and the mezzanine level had a ton of snakes. According to the labels next to the exhibits, the Sky Dome is home to some of the most dangerous snakes, both under the metric of the number of people who die to the particular species of snake per year, as well as the species with the strongest venom. And of course, there were plenty of non-poisonous snakes on display as well. 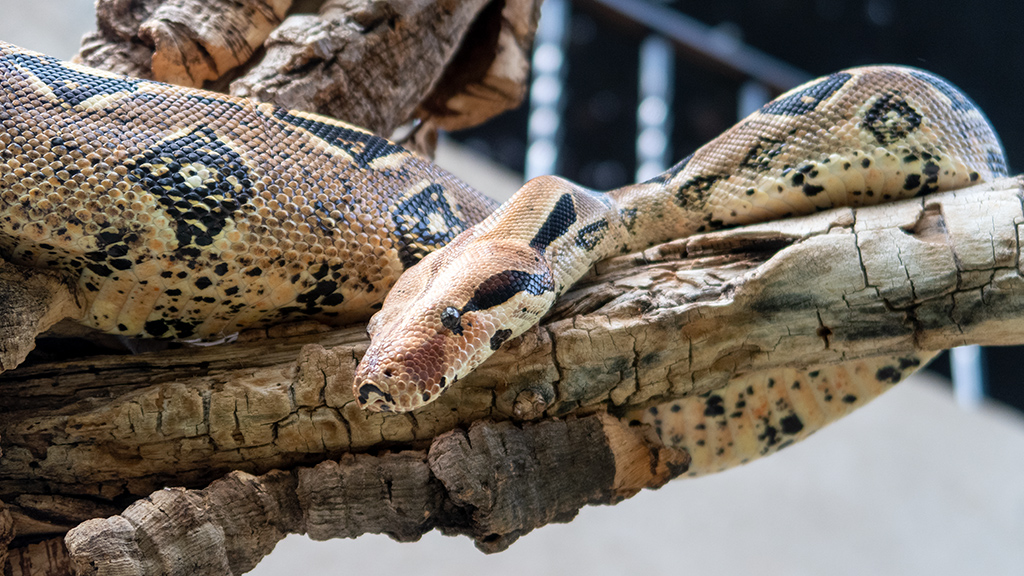 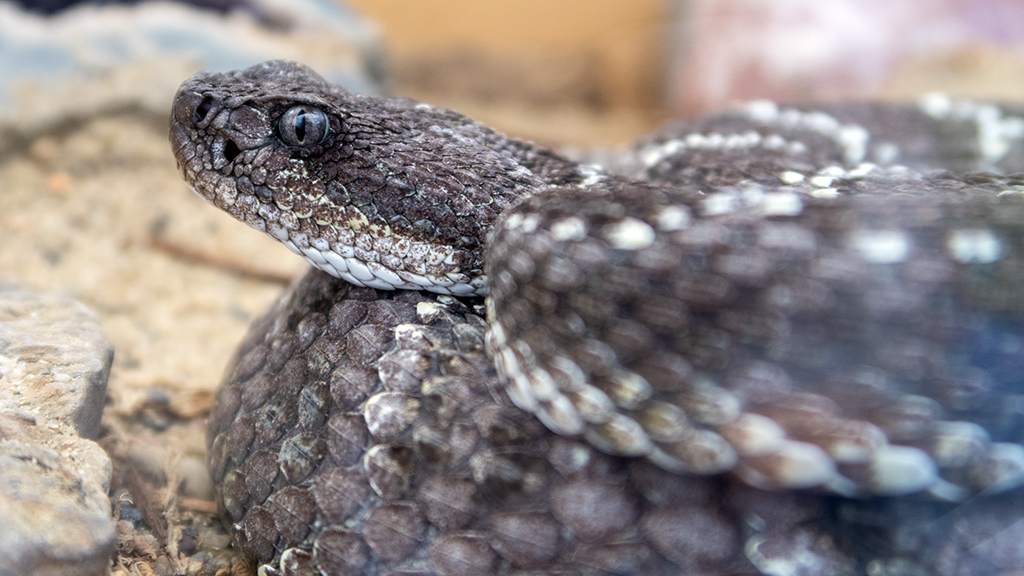 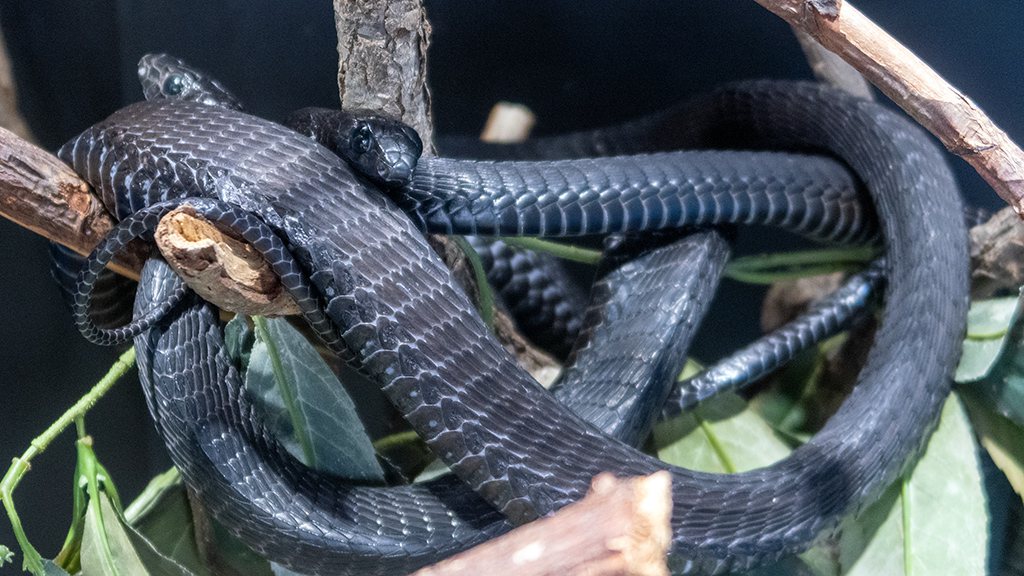 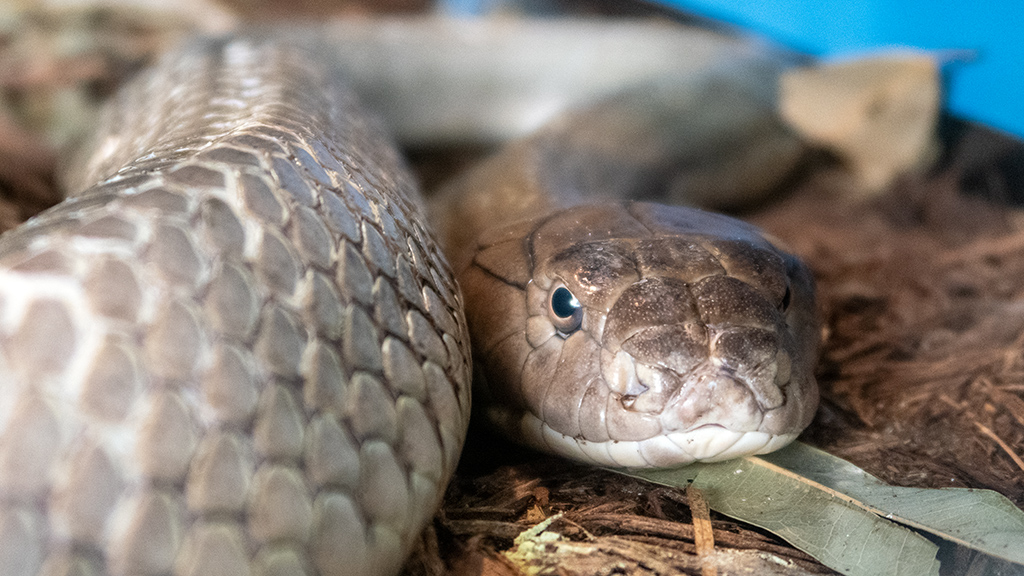 Of course, snakes weren’t the only reptiles on display; there were some lizards, dragons, toads, and frogs too, among other reptiles and amphibians. The bottom floor of the Sky Dome had a loop around the main vegetative area that housed crocodiles and alligators as well, including a sixteen-foot-long giant saltwater crocodile named Maniac, but that area had very poor lighting and none of my photos came out that well. 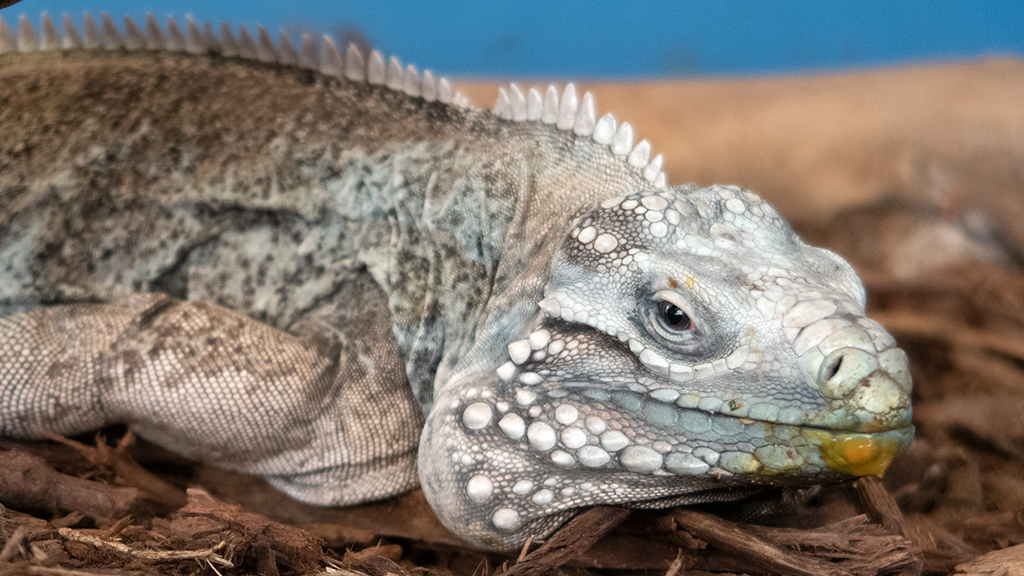 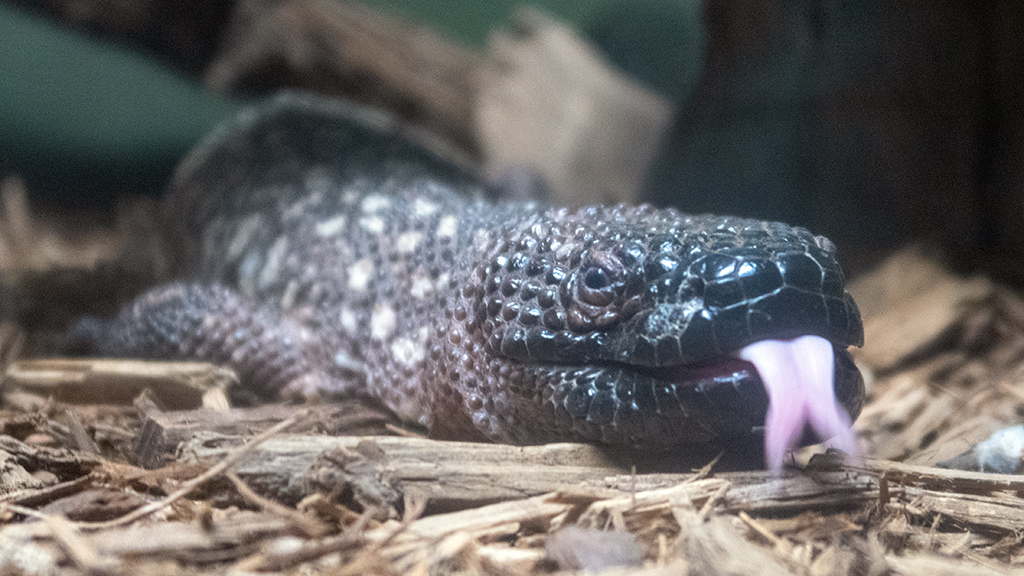 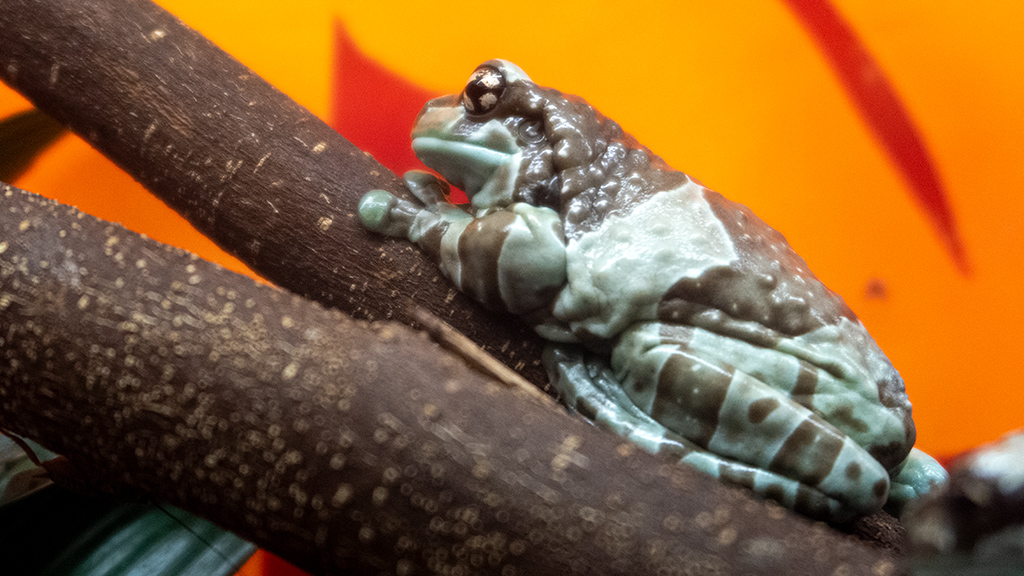 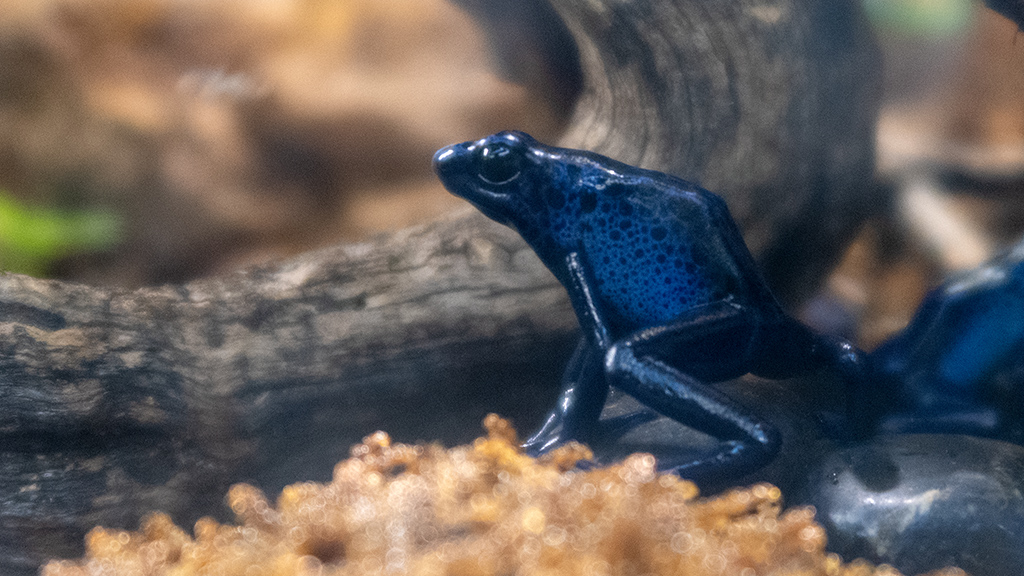 Taking a quick detour outside, there was a bald eagle named Cheyenne; she has apparently been a resident of the Reptile Gardens for over a decade now. 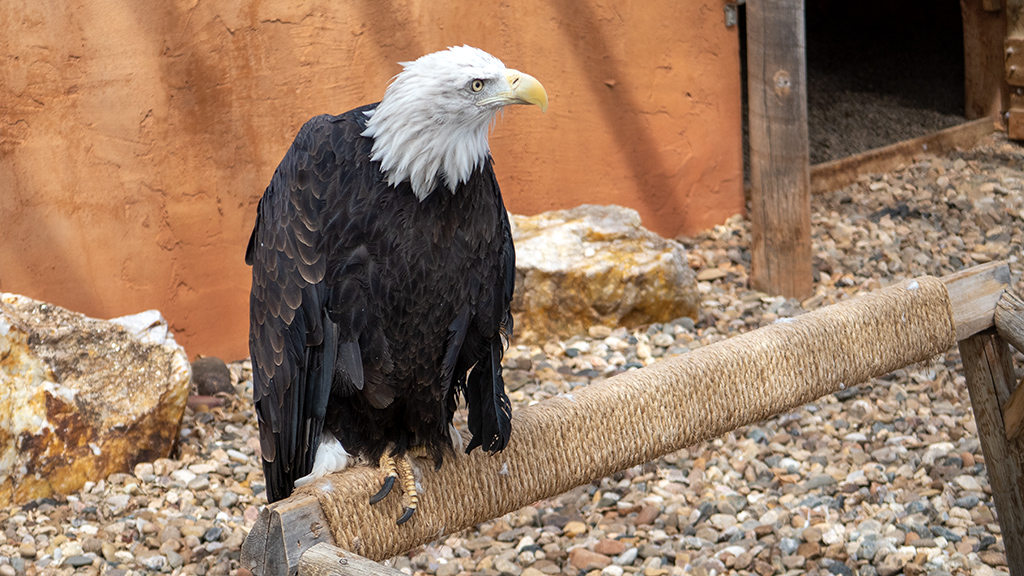 Back inside the central area of the Sky Dome where there was more vegetation, there were also some parrots. They were out in the open just perching on branches, and I was a bit confused as to why they weren’t just randomly flying around and away.

When I researched it online, I found out that a lot of zoos clip their wings as to inhibit their ability to fly. I’m not sure if the Reptile Gardens also do this, or if I just happened to get really lucky and saw the parrots when they were staying put for some rest—I wasn’t able to find a staff member nearby at the time to confirm. 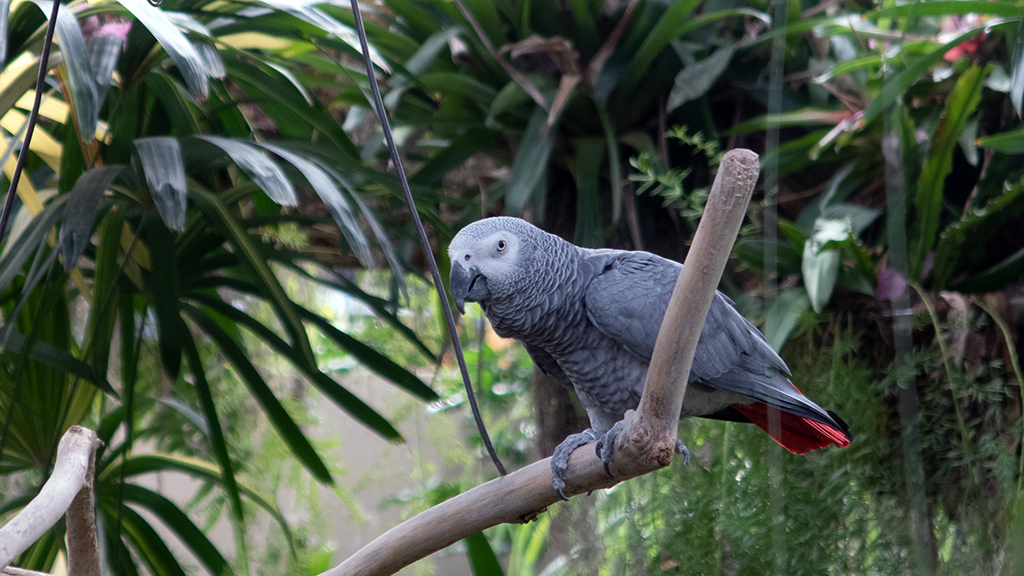 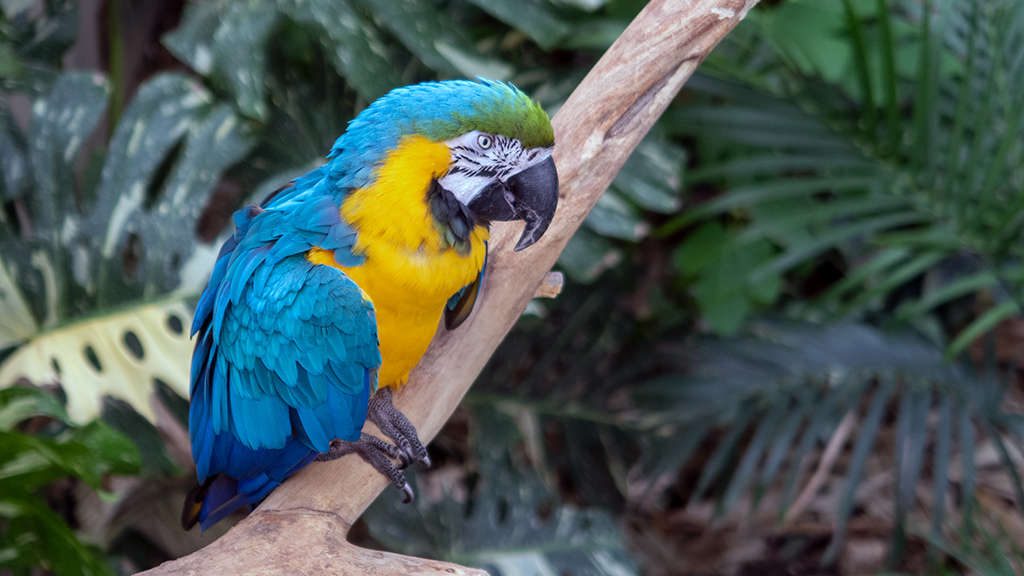 And last but not least, my favorite section of the Reptile Gardens… had nothing to do with reptiles. Instead, it was the Prairie Dog Town, which housed a bunch of black-tailed prairie dogs running around in their enclosure and munching away at some hay. 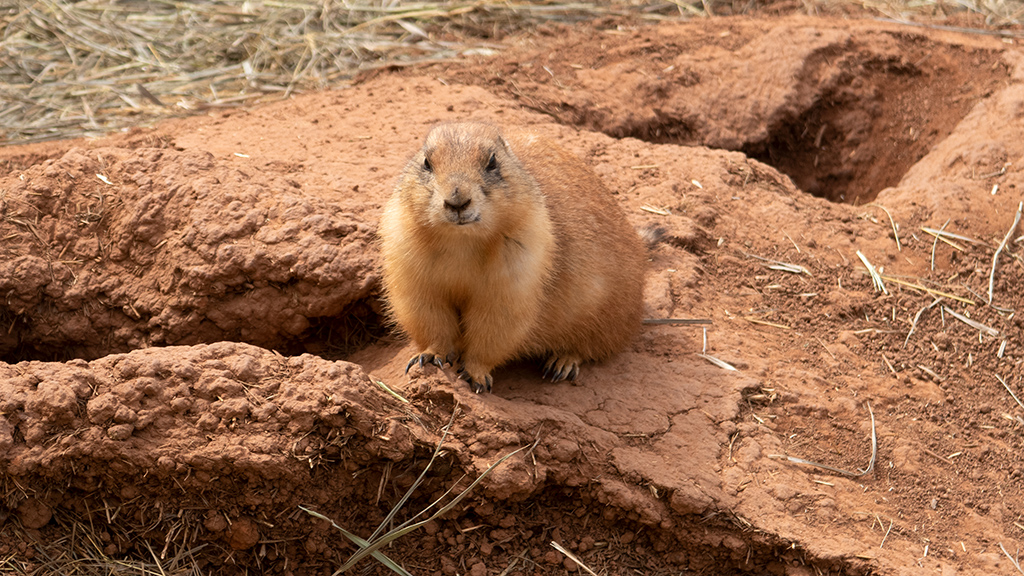 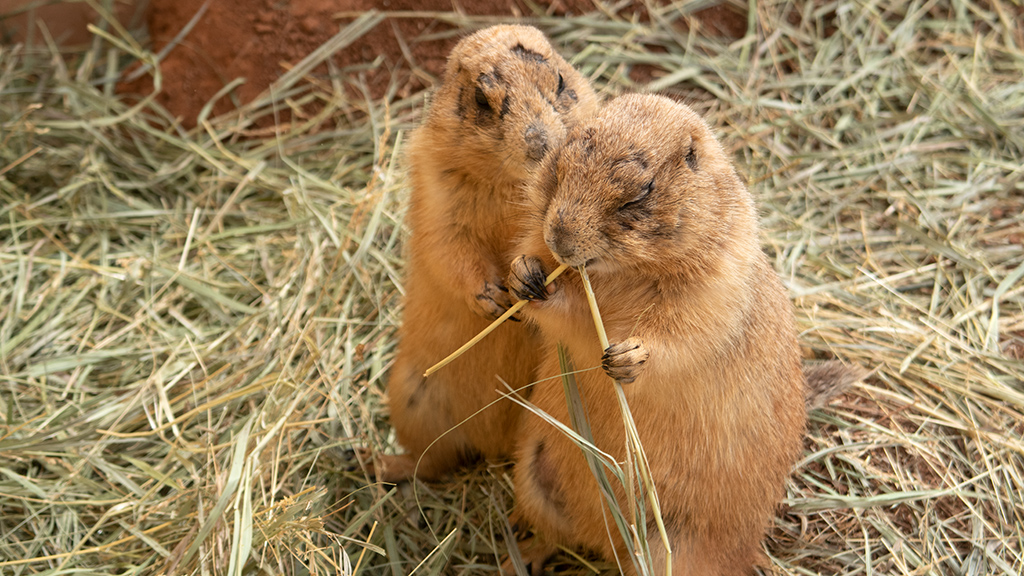 The Reptile Gardens was a surprisingly pleasant trip. It had more of a small-town zoo kind of feel to it (which makes sense, because Rapid City is a pret­ty small city), but it definitely wasn’t at the cost of quality.

I actually liked this zoo a lot better than some of the other zoos I’ve been to, because I noticed that Reptile Gardens seems to put a lot more care and attention to detail into the animal habitats. I’ve seen a lot of other zoos build comfortable and compatible enclosures and environments for the animals, but I noticed here on many occasions that it looked like Reptile Gardens wanted to go beyond that and give the animals a luxurious home instead.

Another thing I noticed was how hilariously large the gift shop was. There was a lot of pretty decent and unique merchandise, and I felt like it acted more as a general Rapid City gift shop, rather than just a gift shop limited to the Reptile Gardens. The staff there was nice as well; I had a nice con­ver­sa­tion with one of the employees there who asked me about my travels and told me some stories about Rapid City that she’d experienced from over four decades of her living there.

I stopped by here because I saw that the general consensus from previous visitors was very positive, and I agree with that sentiment. The outdoor grounds were also still under active construction and renovation, so if you decide to visit, it’s possible that you might be able to see a lot more than I was able to this time around.