After spending around four days in my hotel room almost non-stop working, I emerged out into the open for my first tourist activity of Dallas.

A little over a year ago, my friend and former assistant Monica joined me for a trip to Seattle, where we visited the Woodland Park Zoo. Since that time, Tempo withdrew from esports and pivoted to game development, so Monica and her team found a different home. She also got a full-time job outside of esports, and she works as an executive assistant to a CEO of a company in the Dallas–Fort Worth metroplex.

For this trip, we reunited over the weekend to continue our exploration of the country, with our first stop being the Dallas Zoo.

Towards the beginning of the zoo exhibits were some tamarins. There was a special section later called “Tamarin Treetops,” but for some reason, they split out a few of the tamarins and placed them near the entrance too.

Afterwards, we looped into the Lacerte Family Children’s Zoo and visited the alpacas. 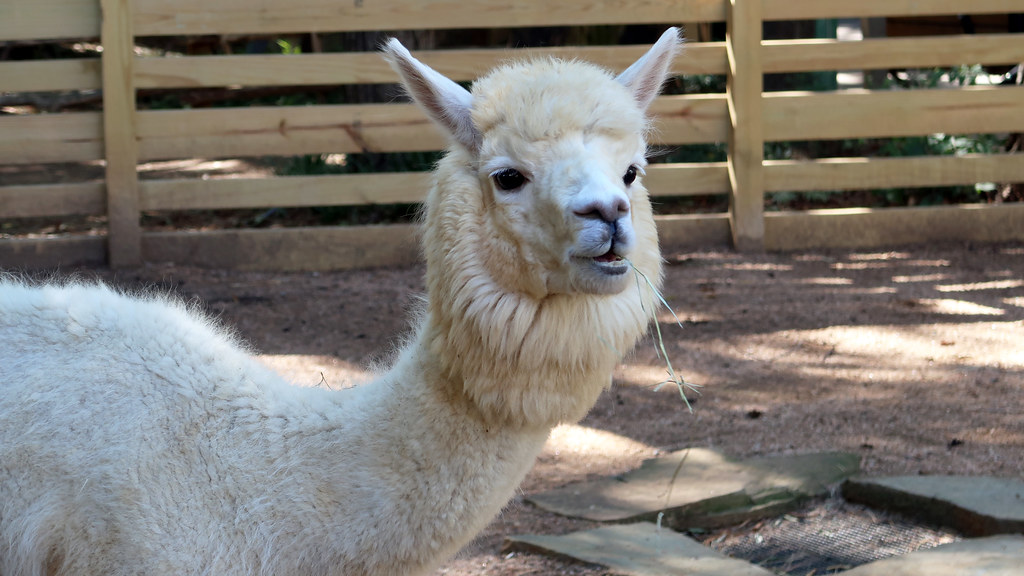 Right next to the alpacas was the goat yard. 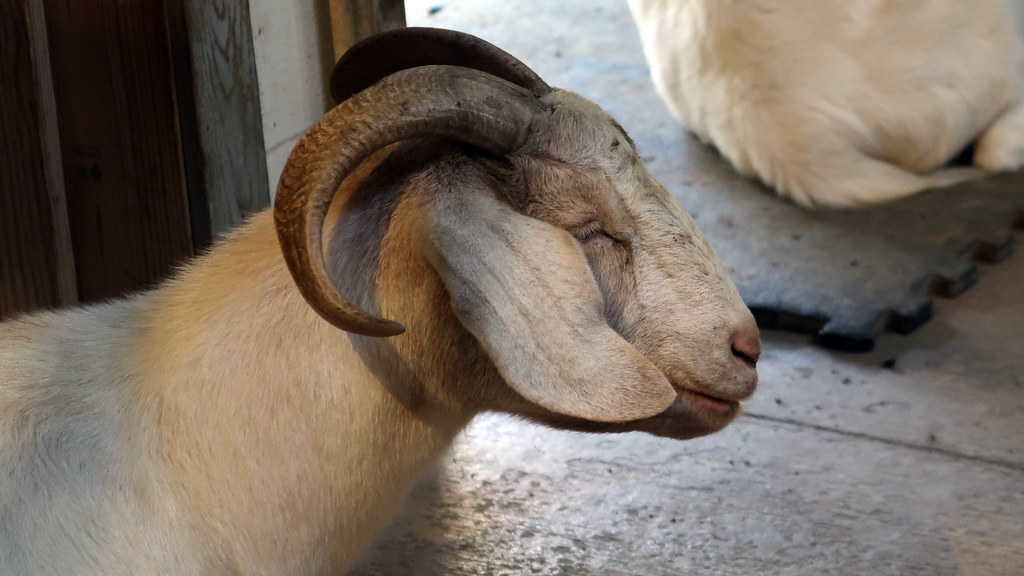 In the center of the Children’s Zoo, there was a large pool of koi fish. Of course, there was a section where we could pay a quarter to get some koi food and feed the fish.

The magic of this exhibit being in the Children’s Zoo, though, is that you don’t actually need to pay money to get food to feed the fish. That’s because, if you look on the ground around the food dispenser, you’ll see a ton of pellets of food just laying there, because after children purchase food to feed the fish, they will drop a portion of it on the ground because their hands are too small to hold it all. … I should be charging you a fee for this extremely valuable information.

Outside the Children’s Zoo was the flamingo pond.

We continued on the path north and walked past Primate Place and towards the tiger-viewing building. There was a “Tiger Classroom” where you could learn about the tiger, and then there was one single tiger who was just hiding in the corner. I managed to catch him roaming around on the edge of his enclosure, but whomever decided to plant massive bamboo plants to obscure the view of the tiger probably shouldn’t keep working at zoos.

Next up was the Otter Outpost. I’ve seen a lot of otters, and I’ve attempted to take a lot of photos of otters, but they never really end up that great be­cause otters are very fast swimmers, and they usually don’t sit still. Miraculously, I managed to capture the best otter photo I’ve ever taken in my life, of this otter peacefully laying on a rock observing those who were observing him.

After the otters, we continued on the path to the Herpetarium, which is an exhibition space for reptiles and amphibians. This was my favorite part of the zoo, not only because the animals here were the easiest to photograph, but also because there were so many of them in such a wide variety. 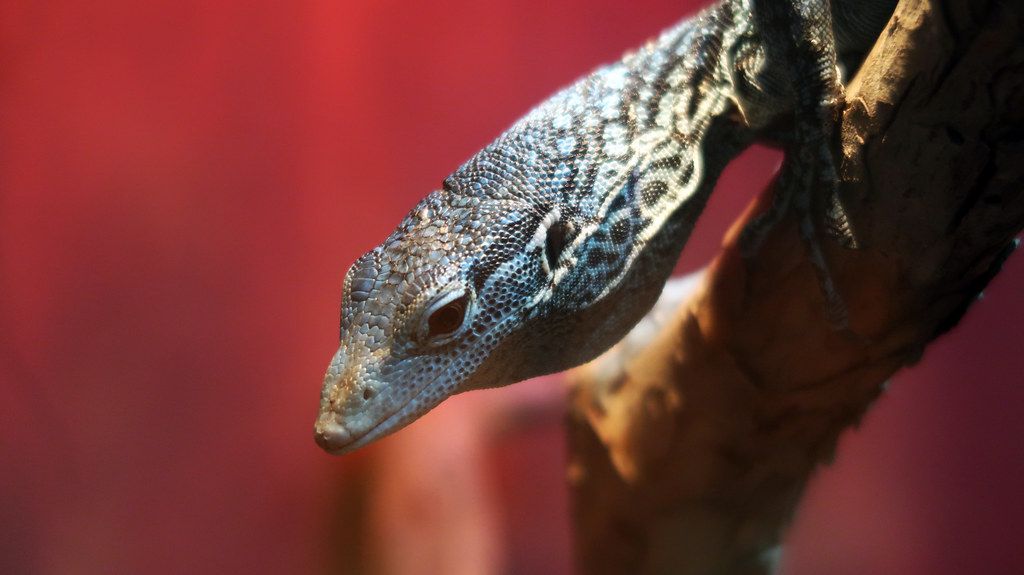 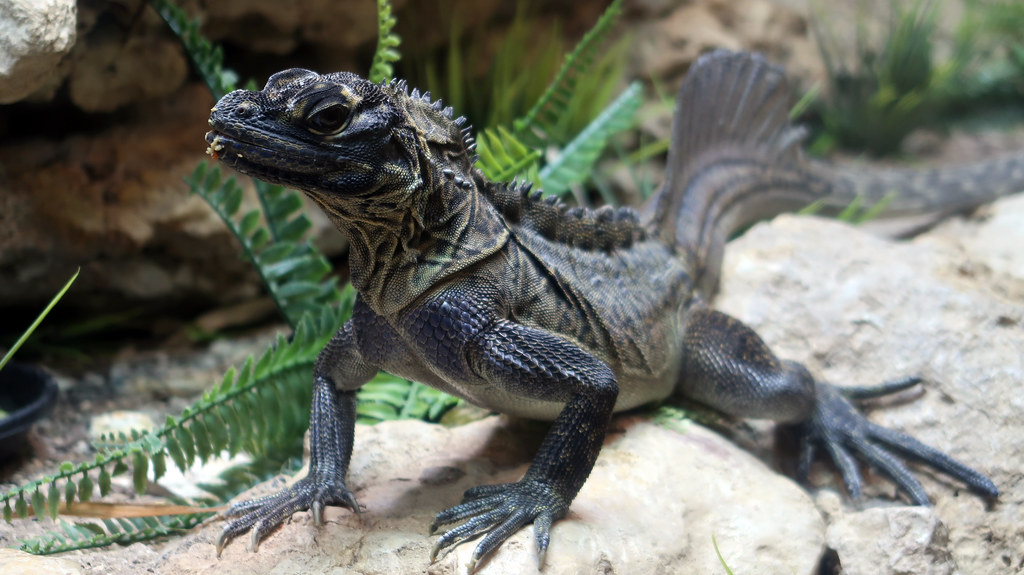 The next area on the northern side of the zoo, cleverly named ZooNorth, had some anteaters, sloths, and Galápagos tortoises. This area also had the Wings of Wonder exhibit with a bunch of birds, but I wasn’t able to capture any good photographs of the birds because, not only were most of them just far away and nestled in the trees, but it was very sunny out, so it was difficult to get my camera to focus on the birds instead of the shining sky. 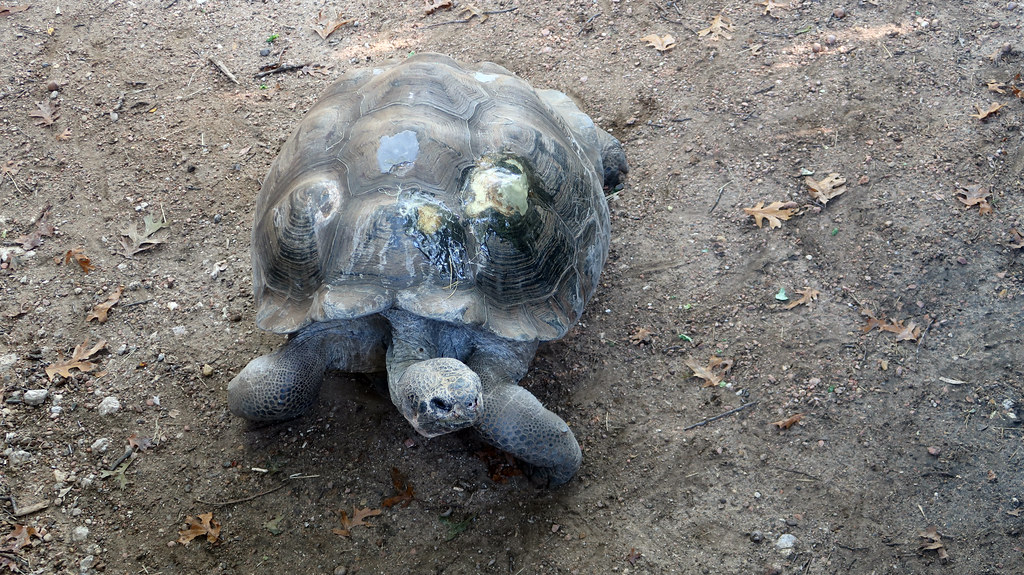 Just south of Wings of Wonder was Bug U!, a section with… you guessed it, bugs. I thought it was intriguing, and this was Monica’s favorite part of the zoo because she is a bug enthusiast, but I opted not to include any photos of this section here because, not only did the photos not turn out too well due to glass glare and the difficulty of focusing in on small bugs, but also because people tend to get irrationally grossed out by bugs.

After going through a tunnel to the western side of the zoo, we visited the penguins. The penguin exhibit had a glass viewing area on the side, so I was able to capture an action shot. 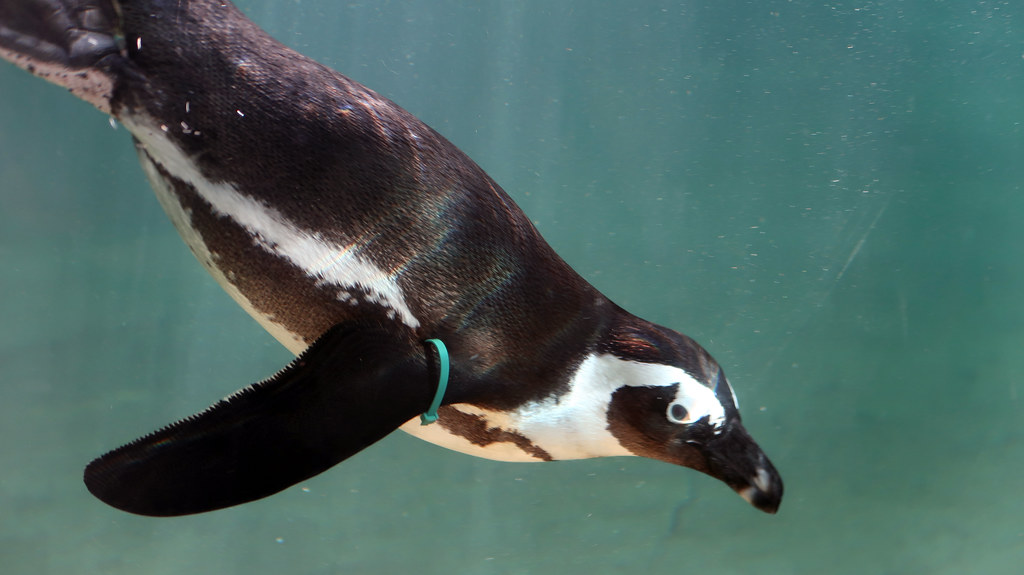 Next to the penguins were the cheetahs.

This is when tragedy struck. Right as we reached the intersection to go to the Wilds of Africa and the Giants of the Savanna, we were met by two zoo em­ploy­ees who said that both sections were closed for the remainder of the day due to a private event. Yes, this literally meant that we weren’t able to ex­pe­ri­ence half of the zoo because of unlucky timing.

After they said that, I vaguely remembered that, while I was in the process of entering the zoo and paying for parking, the attendant did mention that something-something “Africa” was closed today. I figured that it was just a single really popular exhibit that was closed, so I told her that it was fine and entered the zoo anyway. Little did I know that she actually meant the entire western half of the zoo was closed.

Because of my limited time in Dallas, and the fact that Monica works during normal business hours on the weekdays so she only has time to go ex­ploring the city during the weekends, I decided this was fine and we went on to our next tourist attraction. It’s unfortunate that I missed so much, but I guess it’s just something to look forward to if I ever end up returning to the Dallas Zoo.