Our fourth and final activity included in our Seattle City Pass—after the Seattle Aquarium, Space Needle, and Chihuly Garden and Glass—was a trip to the Woodland Park Zoo.

I’m a big fan of animals, and I enjoyed the aquarium, so I thought the zoo would be one of my favorite attractions of the trip, but unfortunately, it was massively underwhelming.

A lot of it probably had to do with the fact that it seemed like over half of the zoo was closed due to COVID-19. There were signs everywhere directing human traffic in one-way directions so people wouldn’t have to walk in close proximity of one another. On top of that, for the exhibits that were open, it seemed like the animals just wanted to spend the day hiding out today.

Apparently the Woodland Park Zoo in Seattle is frequently rated as one of the best zoos in the country, so I imagine that I would have to come back some other time if I’m ever in Seattle again after the pandemic, but for now, based on the very limited zoo experiences I’ve had, I’d say that the Henry Doorly Zoo in Omaha was much, much better. 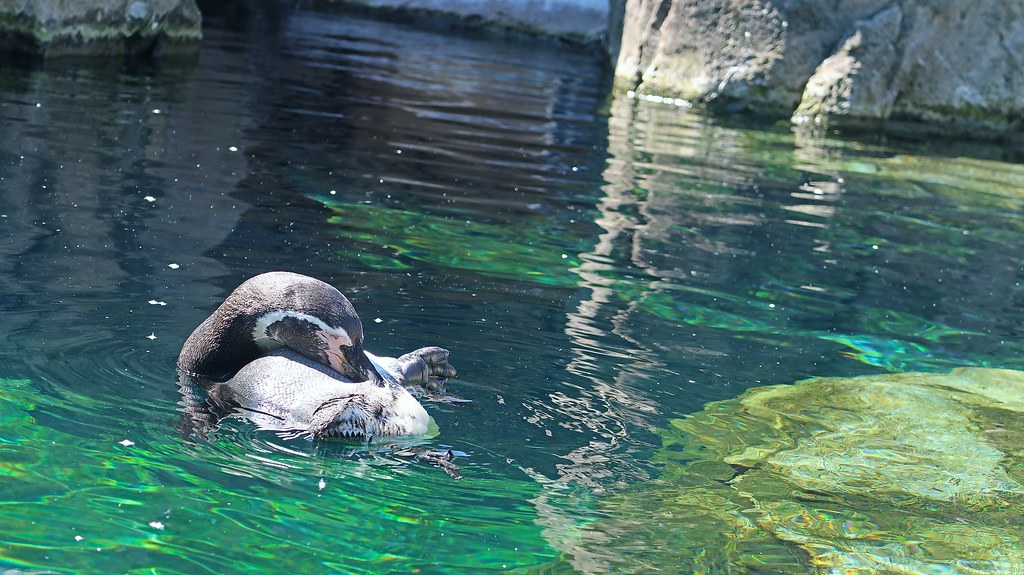 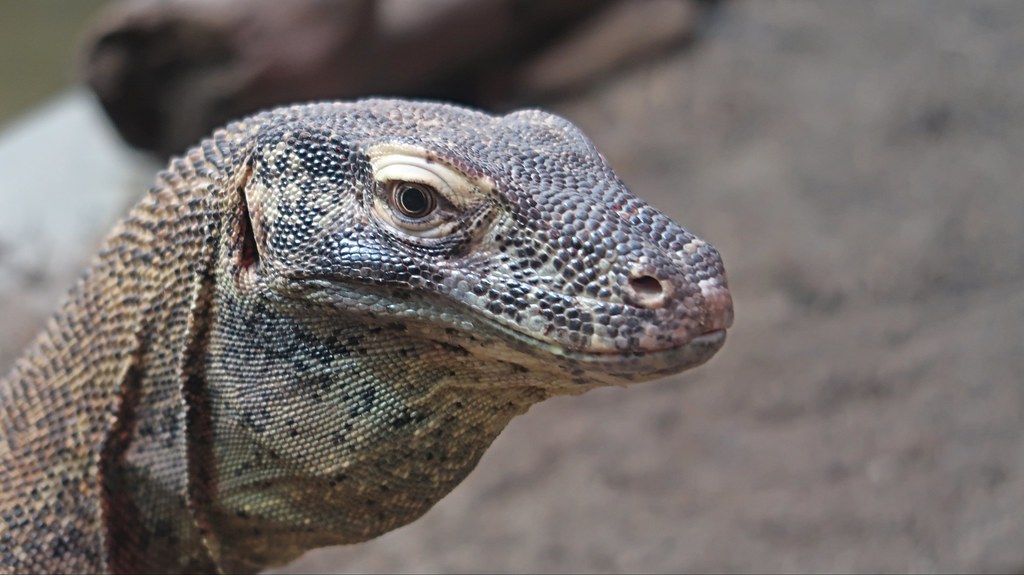 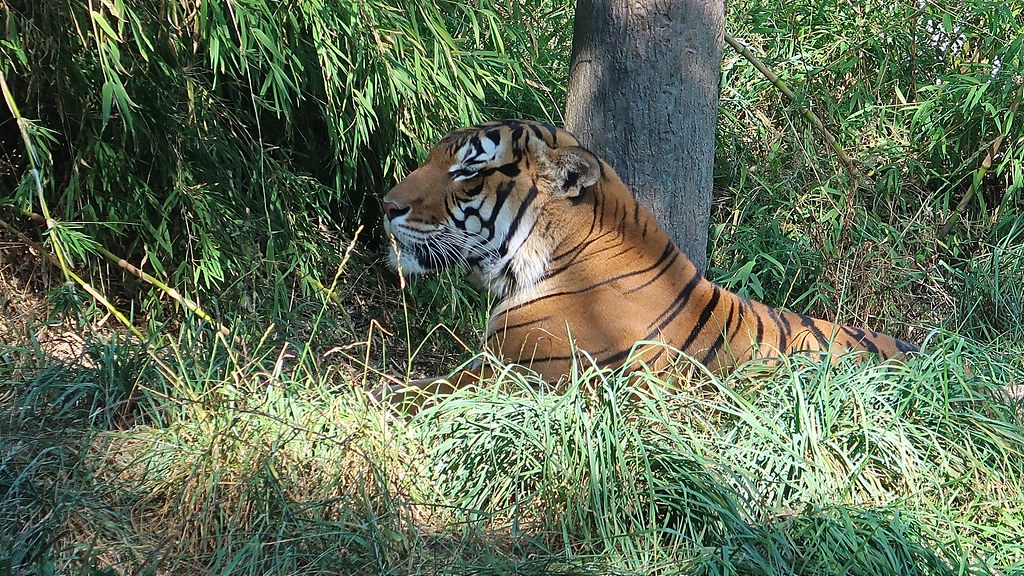 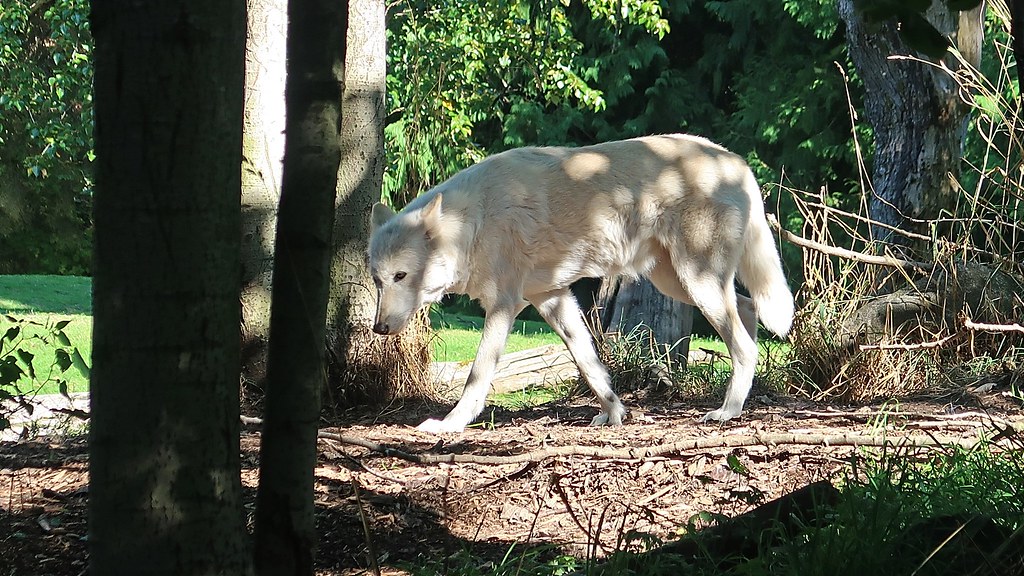 Monica and I spent a total of over three hours at the zoo, and towards the end, I was getting a bit discouraged and started taking random photos of signs, placards, and empty habitats because there was seemingly nothing else to photograph. I think the following picture captures the core sentiment of what I felt like I got out of this experience: 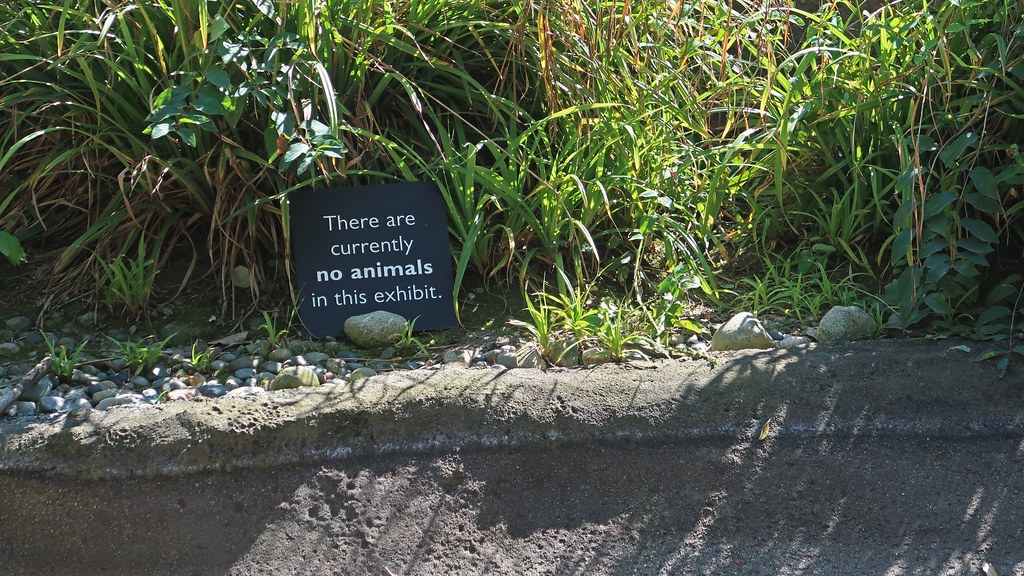