Just shy of two months ago, I finished my first big loop around the United States and set up base at the Tempo headquarters in Long Beach to recover from traveling and rest up for the winter. At that time, this was the state of my travel map: 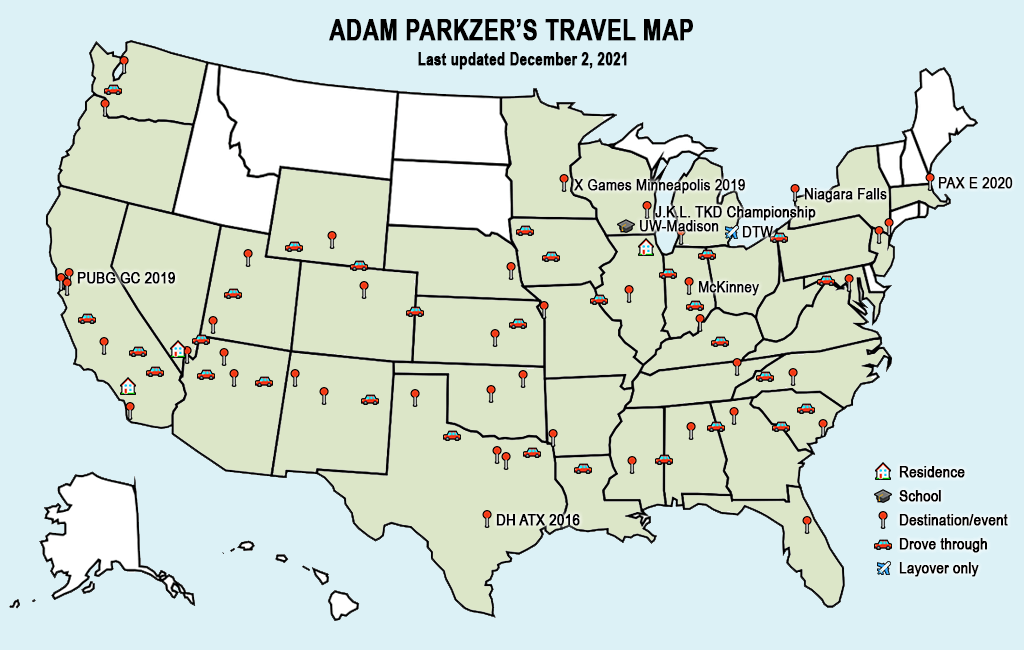 Since settling down for a bit in California, not too many interesting things have happened. Not only is it not really too viable to go out and do things in California because of the ridiculous traffic and inflated prices of anything that may require an admission ticket, but the past few months have also been ex­tremely busy as Tempo works towards closing our Series B financing round.

Hiking has been really fun throughout my road trip, but apart from going on a walk around Naples Island, finding a decent place to go on a real hike involves driving a decent distance out from Long Beach, which I wasn’t exactly the most excited to do, because trying to go anywhere in California ba­si­cally takes up your entire day.

Because of this, I decided to do one blog post as a big round-up of all the random photos and interesting events that happened while I was living in the team house, as opposed to writing half-baked blog posts for all the mundane stories I have of routine, everyday life.

Not too long after I arrived, the Naples Christmas Boat Parade happened. Apparently, Naples Island takes Christmas lights very seriously, and a ton of tourists show up to the island to watch mansions and boats with lights every year. I went outside and went for a walk around the canals with one of my employees, which was one of the few pleasant sightseeing experiences I had in Southern California.

I got the Tantalum “Kobe Beef” Burger, because I usually like getting food items named after the restaurant, as those are the entrees that best reflect the identity of the chef. The burger cost US$23.00 and had a brioche bun, butter lettuce, fontina cheese, avocado, and tobacco onions with a side of herbed fries and garlic aioli dipping sauce.

To be clear, the burger wasn’t bad, but it mostly just tasted like a premium fast food burger, which is disappointing for something at that price point. The fries were also unbelievably salty, and the salt was overwhelming the burger’s meat flavor so much that I just saved the fries for the end of my meal.

We also ordered a half dozen of Kusshi oysters on half shell around fresh lemon, with Thai basil cocktail and cucumber mignonette sauces on the side. I liked that better, so here’s a photo of the oysters. 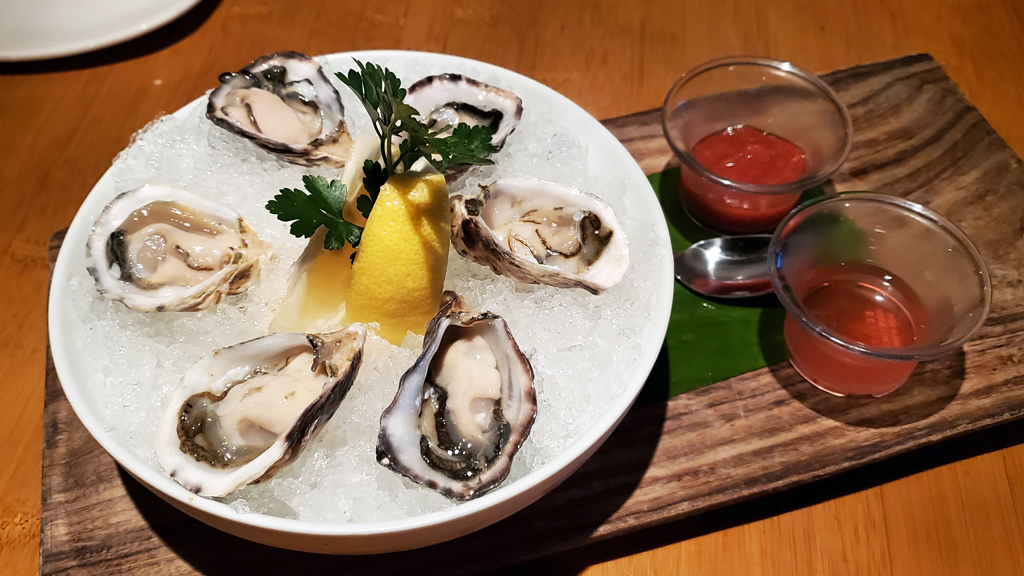 One of the times that we were going out to get food, one of our employees peeked his head outside to ask us to get something to-go for him. I pretended to be unable to hear him and prompted him to come closer so I could understand him better. He got closer and closer, and once he was in melee range of the vehicle, I opened the door and nudged him inside. He was so focused on trying to enunciate himself so I would understand him that he sat in the vehicle in auto-pilot while he was talking.

Once he was inside, we drove off to the restaurant.

Oh also, one additional detail: he was in the process of eating a kiwi with a spoon when this happened, so he brought that along with him to the res­tau­rant. Obviously.

(He actually finished it before we arrived at the restaurant, but I was secretly hoping that he would walk inside with it in hand.) 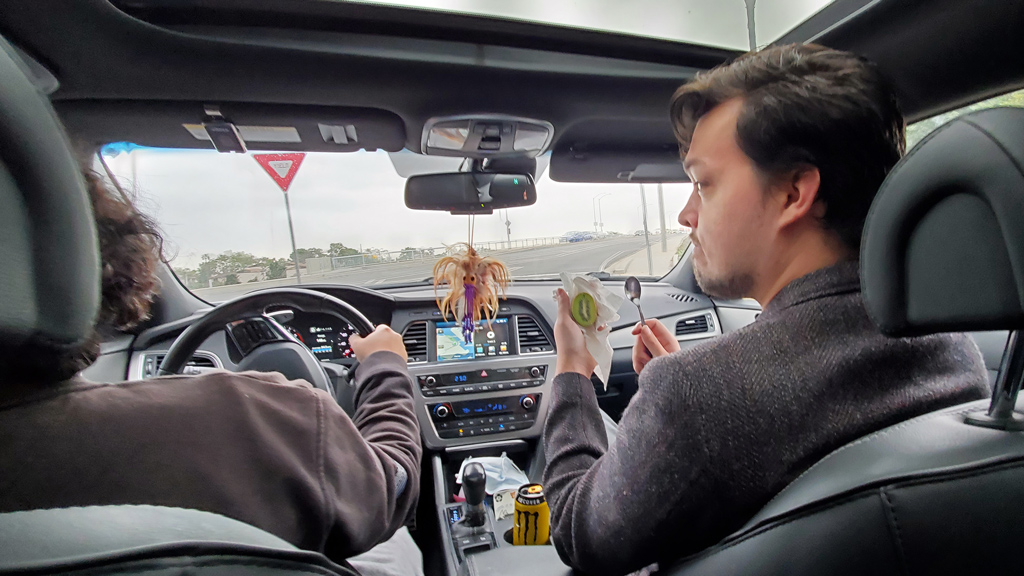 Early in 2022, I went to pick up the CEO of Tempo from the airport after he got back from a New Year’s networking event with potential investors. At that point, he was feeling a little bit unwell, but it wasn’t anything too severe. However, his symptoms quickly got worse, and after a few days, he tested positive for COVID-19.

After learning of his infection, I also obviously assumed that I had COVID-19 as well, considering that I had picked him up from Los Angeles In­ter­na­tion­al Airport and drove him back to Long Beach for about 40 minutes in a vehicle with the windows up, and there is no way that I wasn’t ex­posed to airborne coronavirus. I was completely asymptomatic, but I still took a test to make sure… and it said I was COVID-19 negative.

I recently got a booster dose of my COVID-19 vaccine, so I don’t know if my body just killed the coronavirus as soon as it entered before it could rep­li­cate to infectious levels (if that’s even how that works), or if I’m just the luckiest person ever, but I feel like I have just been dancing around COVID-19 for the entire pandemic and somehow still staying safe. 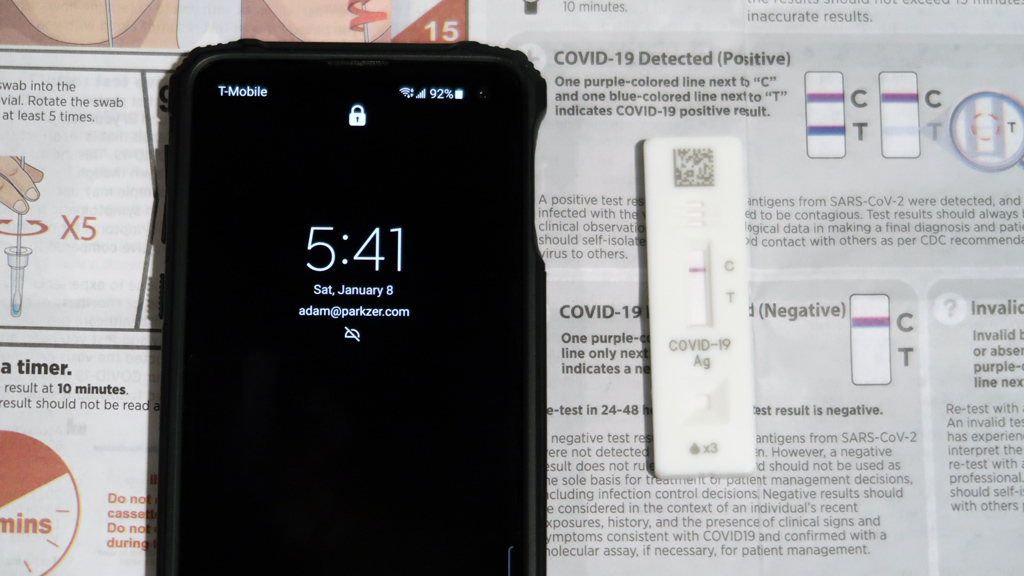 After Tempo’s withdrawal from most esports, things have been a lot more peaceful. It’s usually needing to resolve emergency-level esports-related in­ci­dents that got me the work nickname of “firefighter,” but now that we’ve pivoted to game design and game development, there generally are not huge in­ci­dents like this anymore.

But of course, we don’t want life to get too boring. So, on a random morning, I discovered that the hot tub was roleplaying as a jackhammer, both our garages were flooded, an ear-shattering sump pump alarm was going off for two hours, one bathroom had no running water, and another bathroom had no hot water.

The plumbers took hours to get to the house. We use the garages as production studios, so that was obviously a very interesting scramble to get all the equipment out and set up sandbags so the water didn’t spread into the control room. From the photo, it may look like the flooding only happened near the grate, but I guarantee you, literally the entire garage was covered in a layer of water. 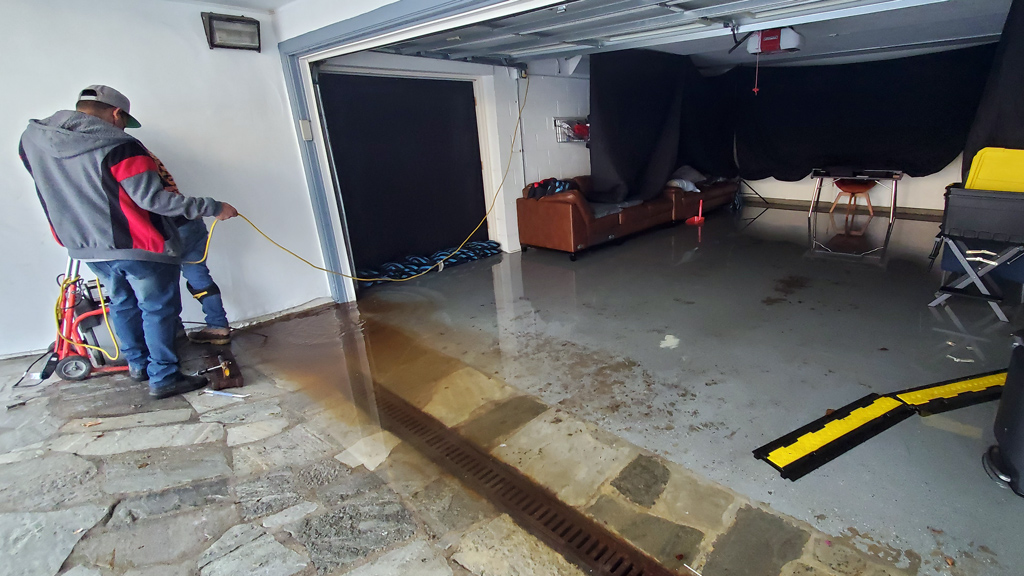 Our influencer manager recently got a new dog. He told me that he had gotten a greyhound, but for whatever reason, my brain got it mixed up with a dachshund, so when he said that he was going to bring his dog over to the house, I was literally expecting a short wiener dog with midget legs. Ob­vi­ous­ly, he brought over a real greyhound, so you can imagine how confused I was when the creature in front of me was like 8 times bigger than what I was anticipating.

His greyhound has a unique weakness: stairs. The dog loves going up the stairs, but gets terrified going down them. If you look carefully at the photo, you’ll see little squares of orange… that is cheese, which we attempted to use to bait the dog downstairs. Eventually, the dog was just stuck in that po­si­tion, and only made it down because he was carried downstairs. 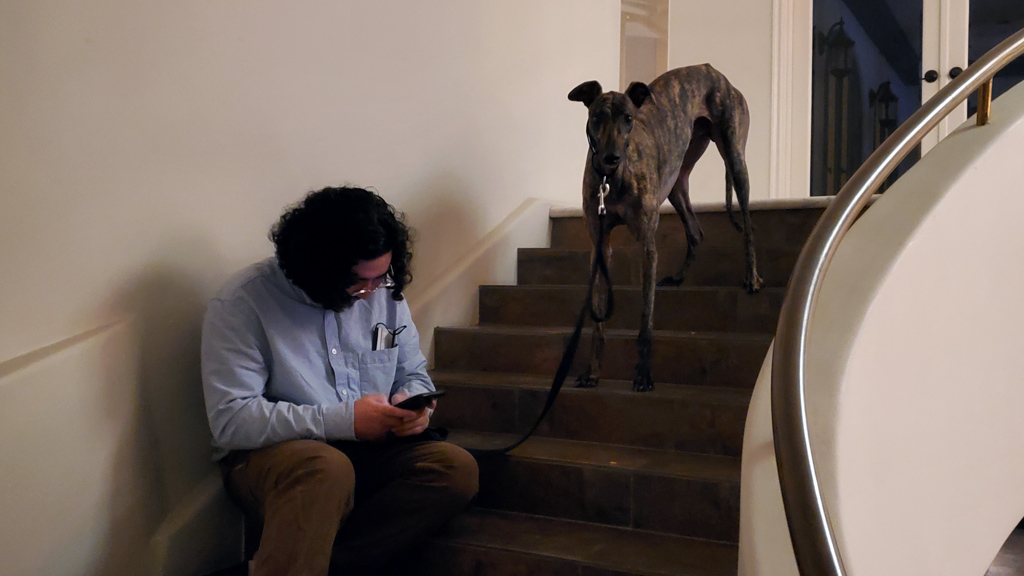 Towards the end of temporarily living in Long Beach, I squeezed in a trip to my aunt and uncle’s farm house out in the mountains. Of course, like usual when I’m there, I did a photo shoot with my truck to take advantage of the nice backdrop.

I also squeezed in a hike while I was already out in the mountains, and found out that my aunt and uncle’s neighborhood is actually remarkably scenic.

I have a trip to Newark, New Jersey scheduled to visit one of my cousins and his family, and then I’ll be flying back to Los Angeles for a bit, but after this, I’m eager to get back on the road and continue traveling the country and living out of hotel rooms. For now, I’m aiming to spend a week in Las Vegas tak­ing care of errands and preparing to be gone for a while, and then heading off to the North.

Here are some below-the-fold bonus photos, the first three from when I was walking around looking at lights during the Naples Christmas Boat Parade, and the final three from my hike in Temecula: 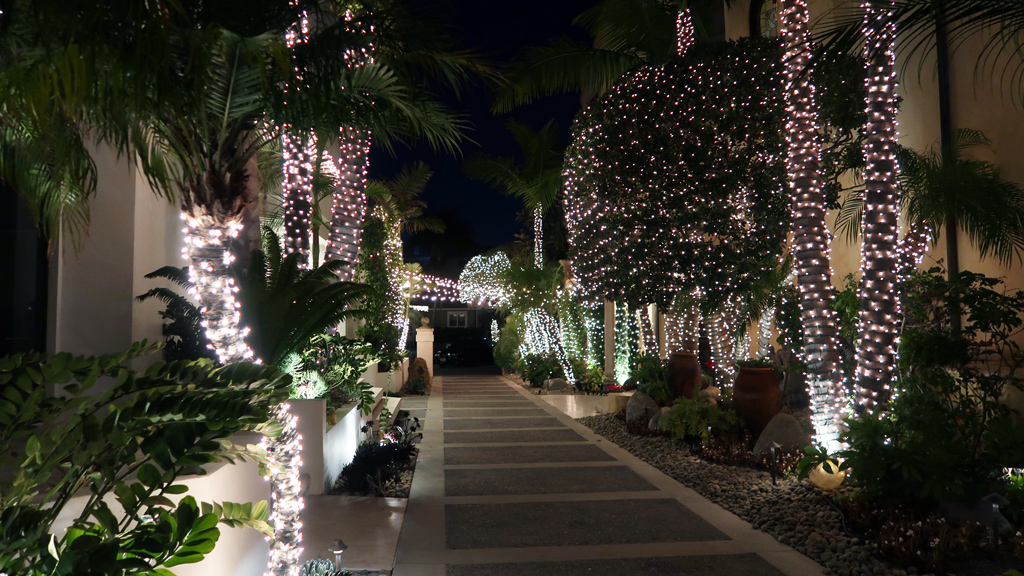 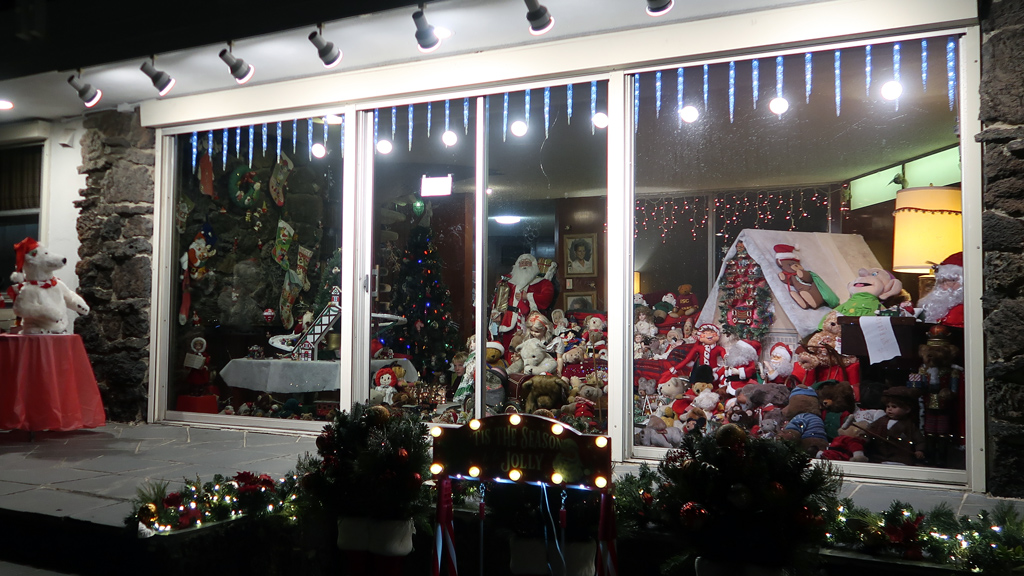 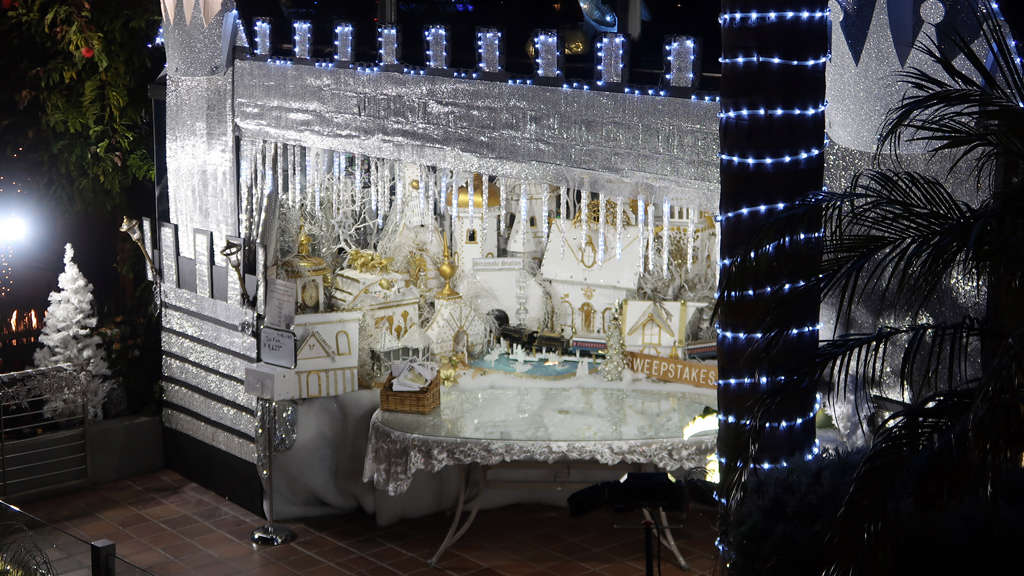 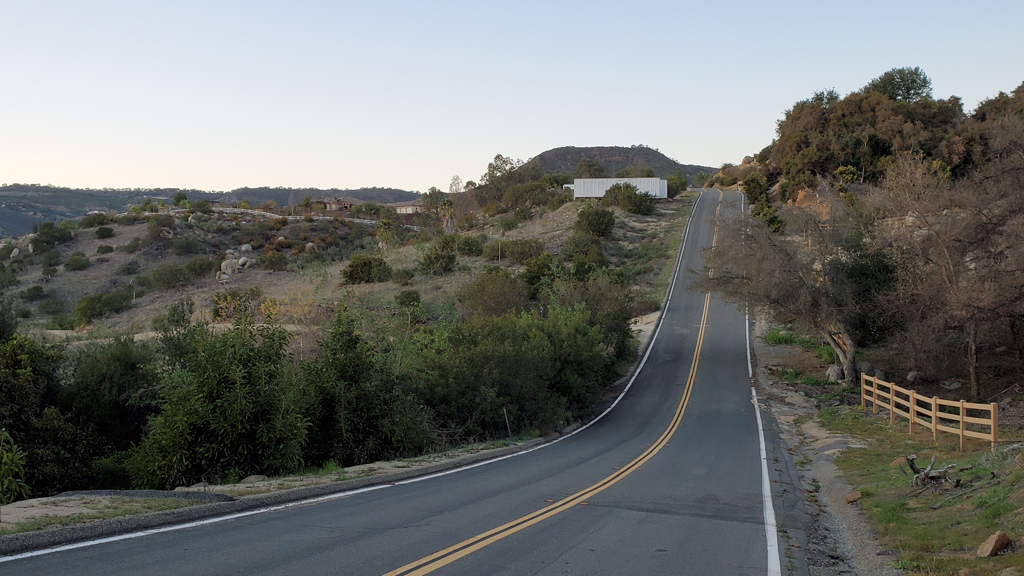 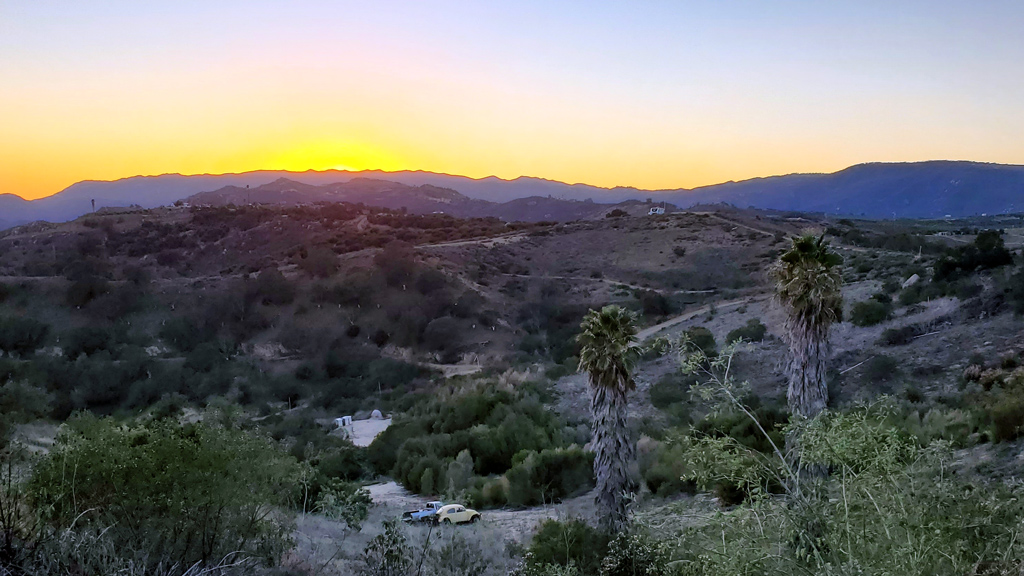