I was a dog person growing up, but after meeting a lot of amazing cats, and then living with my most recent roommate Winnie (and her three cats) for nearly a year, I realized that my personality style is much more compatible with cats than with dogs.

My friend Allie, one of the people I’m visiting while in the Seattle Metropolitan Area, is also a big fan of cats, so she, Doug, and I went to a cat café. The one we selected was the Seattle Meowtropolitan, which is in the Wallingford neighborhood near the Woodland Park Zoo. 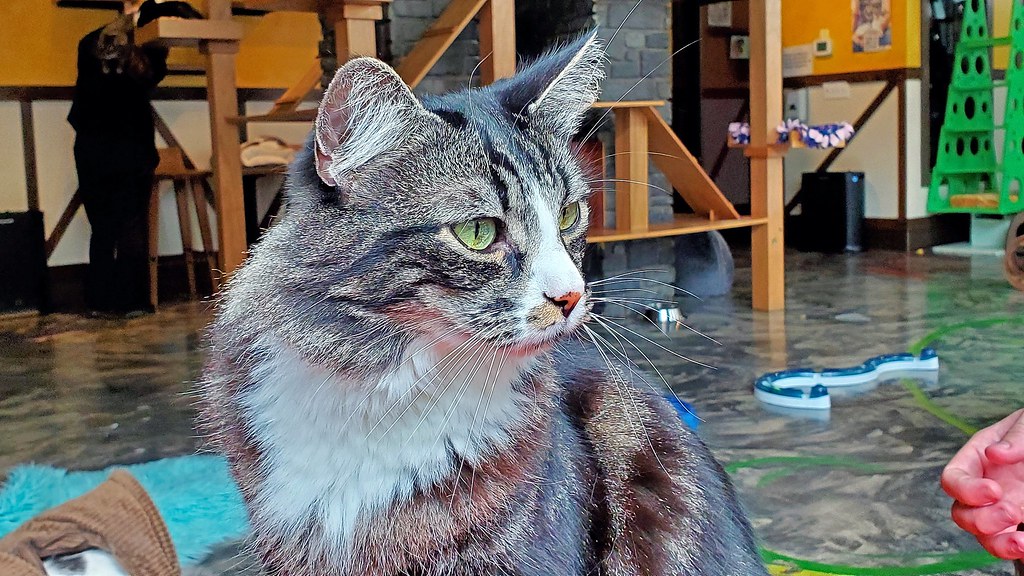 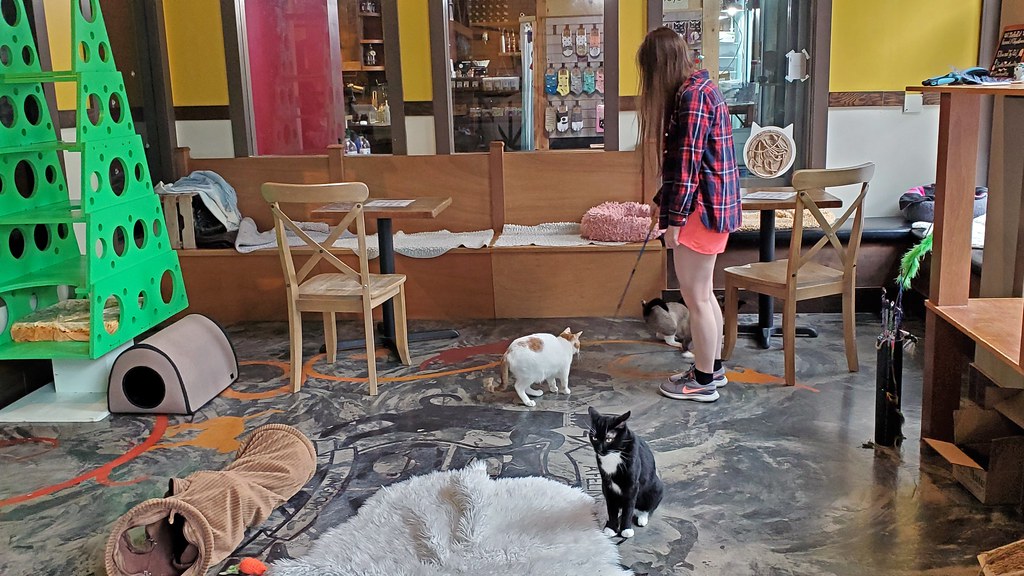 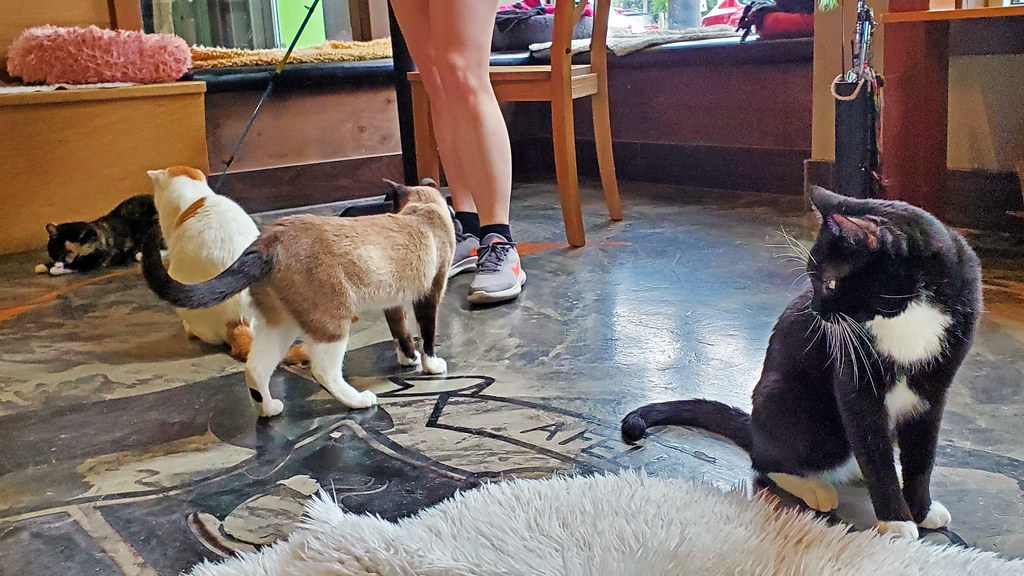 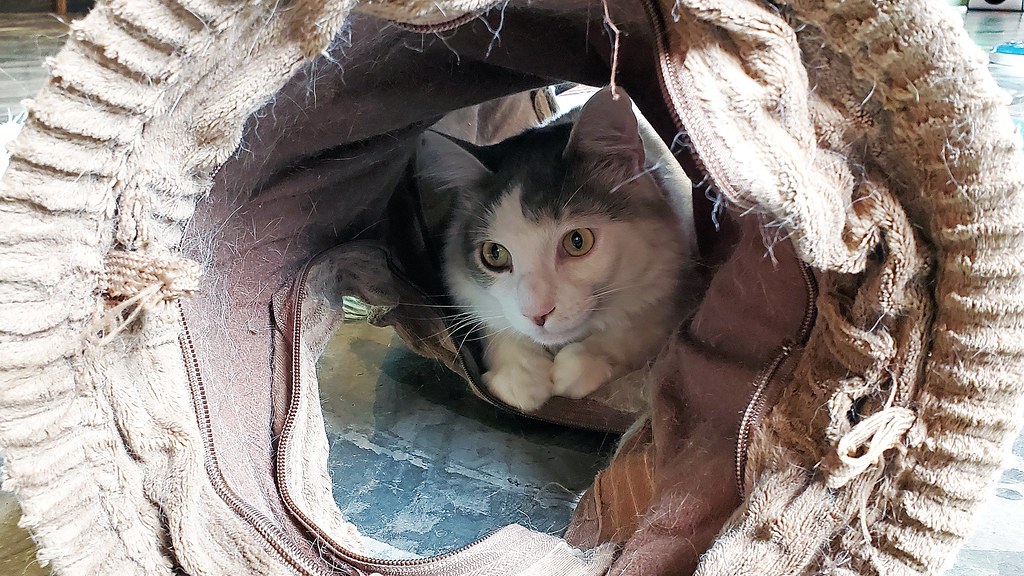 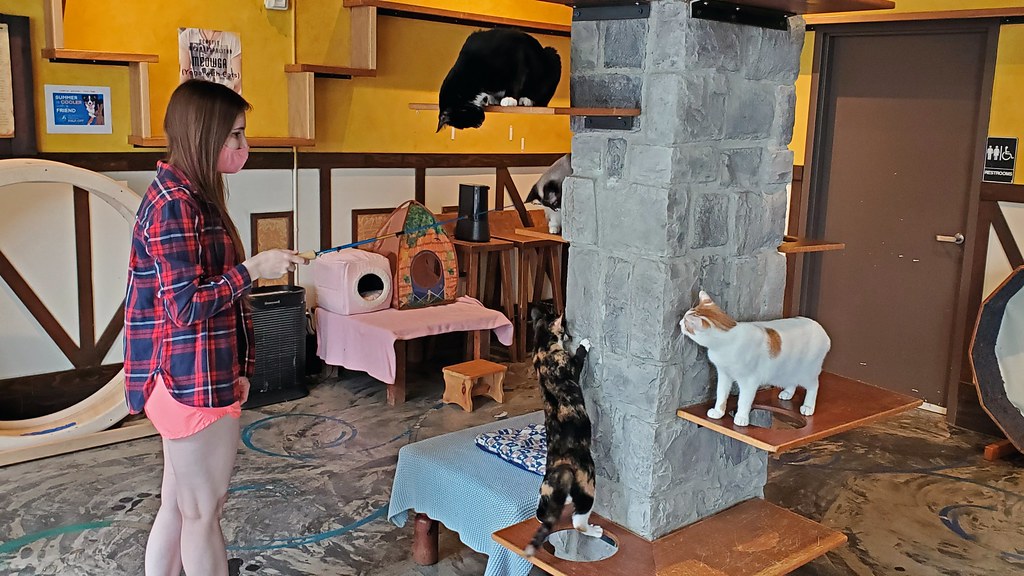 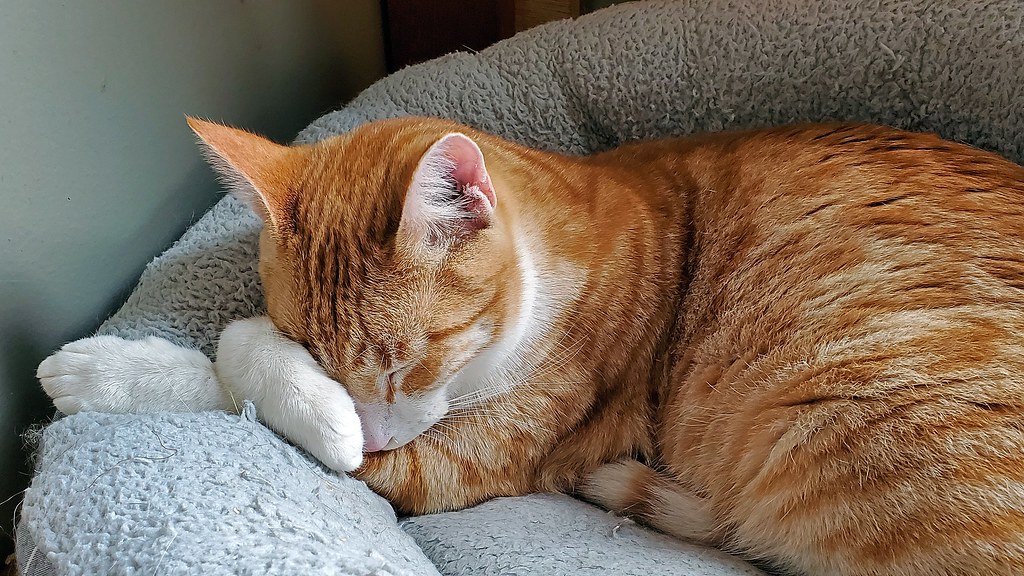 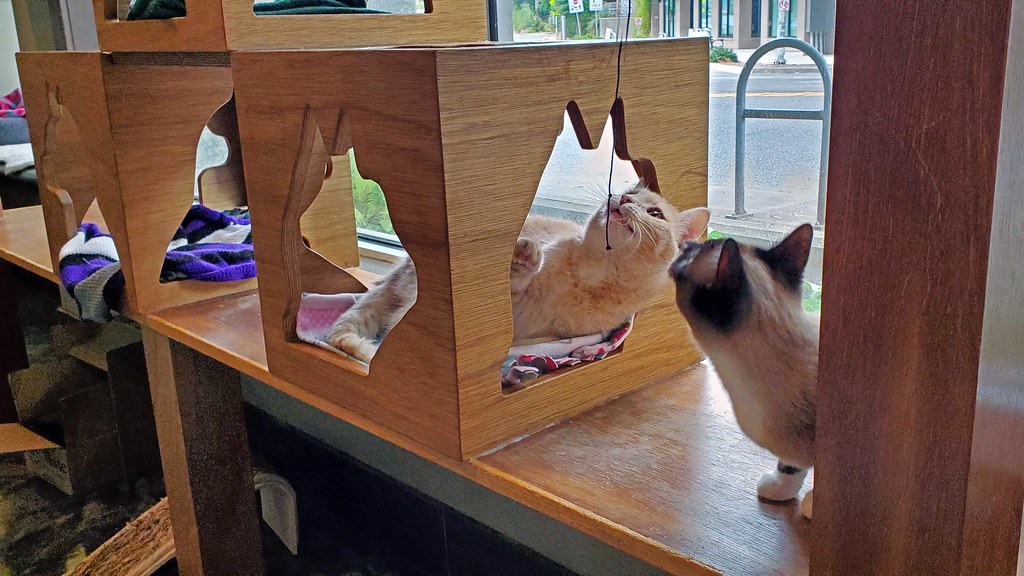 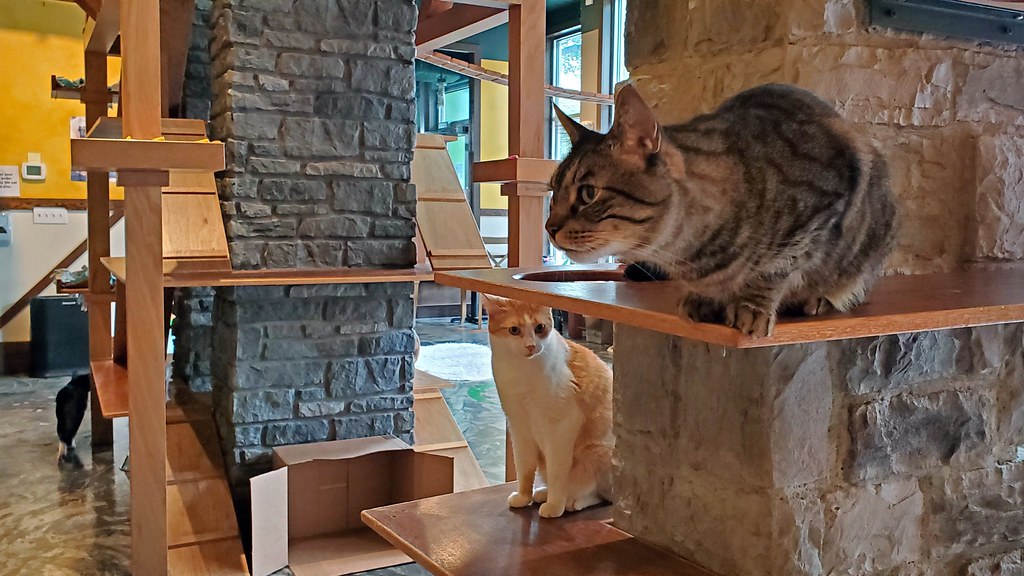 I’ve generally been told that cat cafés are a hit-or-miss depending on the demeanor of the cats. Often, people go to cat cafés and come back to me letting me know that it was less of a cat café and more of a regular café where you sit and drink coffee and there just happens to be sleeping cats around you.

I think I either just got lucky with Meowtropolitan, or they are a good cat café that creates a great environment for their cats so they’re more comfortable being active, but I had an amazing time.

The unfortunate part was that, due to the pandemic, appointments were required and they were limited to 30-minute time slots that begin at the top of each hour, so we weren’t able to stay for a satisfying amount of time. By the time I went around meeting all the cats, gave each one some pets, and start­ed taking photos, there were just a few minutes left, which I used to video call one of my friends who loves cats, then we had to leave.

Allie also enjoyed the cat café, and said she missed the cats a few minutes after we left, so I think we’ll definitely be going back the next time I’m in town. Hopefully by that point, we’ll be able to stay for longer than half an hour, and I won’t forget my regular camera so I can do a miniature photo shoot with as many cats as I have time for.