Yes, I am still alive. If you’re one of the few people who have actually been deeply invested in my nomadic travels so far, I understand that it can be a bit jarring to see a new blog post once every few days, then suddenly see nothing for a month… but the simple answer for that is because I’ve just had noth­ing interesting to blog about.

On July 12, I arrived in the Chicagoland suburbs at my parents’ house where I grew up. They live in a very small village where there isn’t really much to do nearby, and I’ve mostly just been working, playing games, and helping my parents catch up on errands and appointments that they never got around to doing on their own.

Two days ago was just shy of the two month and two week mark of transferring my portion of my condo lease to someone else and voluntarily becoming homeless to travel the country. Seeing as I still consider Las Vegas my home (and it is still officially my home in the eyes of the government), I parked my truck at a nearby airport and made an air trip back to Las Vegas take care of some errands that were piling up while I was gone—getting a haircut, go­ing to the chiropractor, picking up my vehicle registration renewal sticker, picking up insurance renewal documents and cards, picking up new mem­ber­ship cards, and other various similar tasks.

But, the most important task of all… was visiting and being reunited with my former roommate Winnie’s cats. 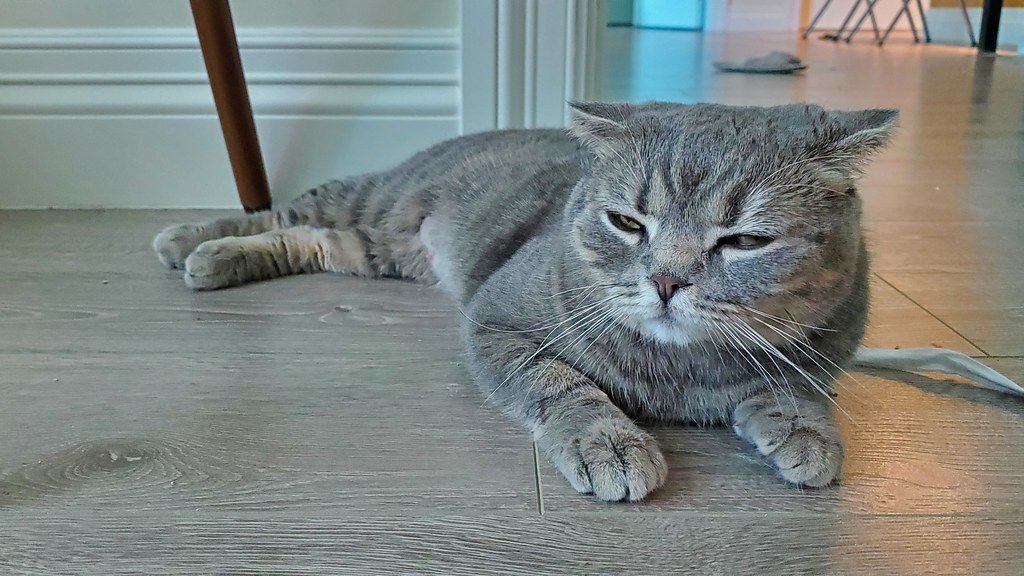 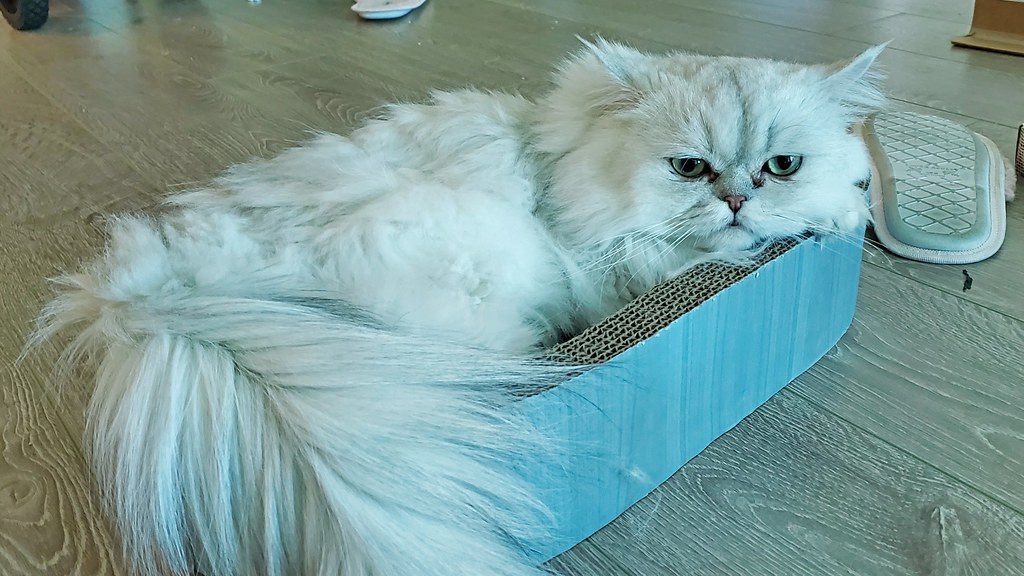 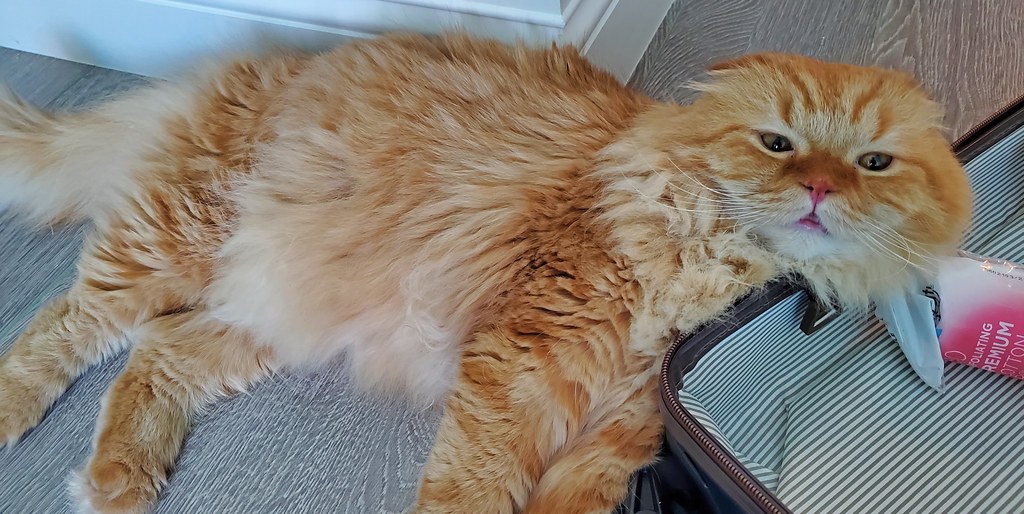 My parents have a Yorkshire Terrier that is a typical overenthusiastic dog with way too much energy, but also isn’t very well trained. She’s the type of dog that barks at seemingly nothing, and then proceeds to bark at herself barking because she’s confused why she’s barking. She also has some of the worst separation anxiety I have ever seen in an animal.

After having lived with Winnie and her cats for over half a year, untrained and unsocialized dogs (like my parents’) became a bit overwhelming for me. The difference was made even more dramatic after staying with my parents for a month, then coming back to visit the cats again. Winnie’s cats are ac­tu­al­ly very well-trained, and I’m sure that has a lot to do with it, but cats are undeniably more angelic and loving (at least in my eyes).

I also got to see Tyson again, Mochi and Pumpkin’s son. I didn’t get to spend much time with Tyson prior to going off on my adventure, so he’s still fairly shy around me, but he still let me give him some head and back scratches. 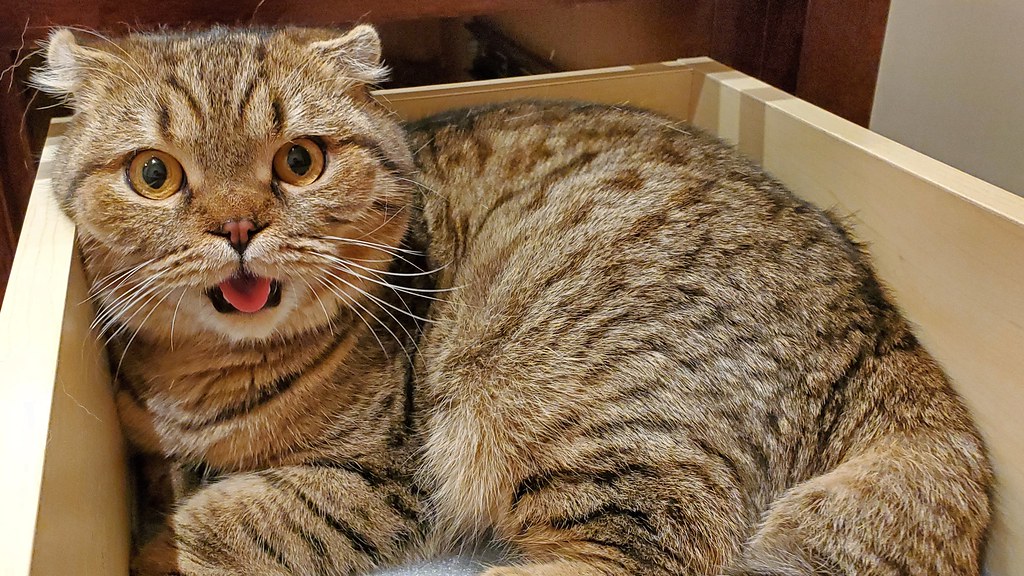 And finally, for the first time, I got to meet Melon, Mochi and Pudding’s son.

At first, Melon was extremely shy, but after I crouched down onto the floor, blinked slowly, let him boop my knuckles, and scratched his chin and the base of his ears a bit when he approached, he got instantly attached. He started headbutting and rubbing himself up against my legs and arms, which is a Pudding trait. When I pet him, he would push his head harder into my hand, which is a Mochi trait. When I would pause petting him, he would go hunt­ing for my hand and force his head under my palm, presumably under the philosophy that, if I don’t pet him, then he will pet himself using my hand.

This literally meant that I couldn’t actually get a good picture of him, because every time I would try and snap a photo, he would move and try to pet him­self with my hand. The best I could do was to take a shot with one hand while my other was giving him ear scratches. 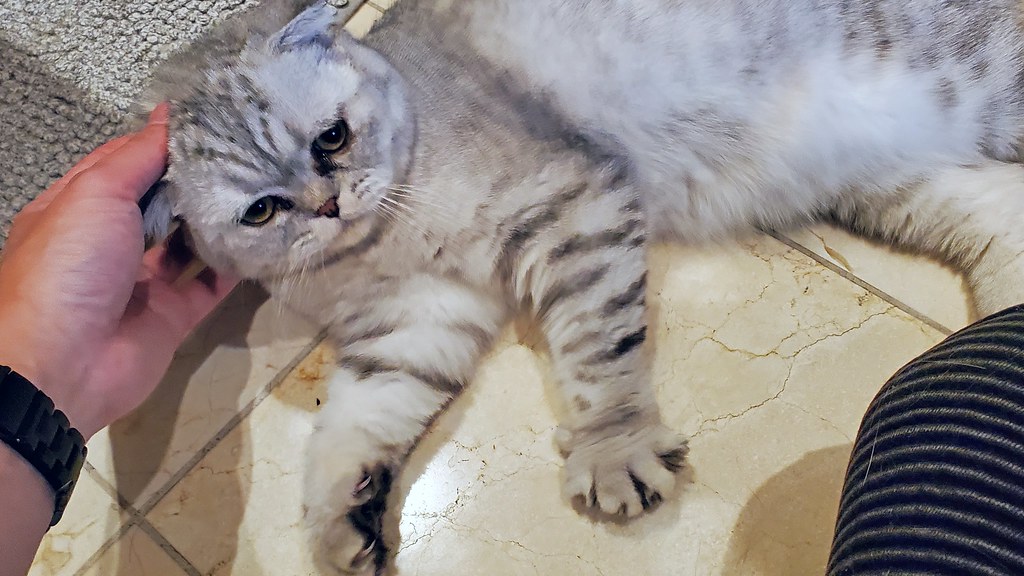 Melon also has some of the softest hair I’ve ever felt. His coat reminded me of some of those synthetic furs that are scientifically designed to be ex­tremely soft to the touch… except Melon’s is actually real hair.

Visiting the cats was more or less the only particularly interesting and eventful thing I’ve done in Las Vegas, with the rest of my time here mostly just be­ing productive. Tomorrow, I head out to California to visit Tempo’s team house and meet some of our new employees; more blog posts of that in the com­ing week.