I thought yesterday’s decision to take a Ram Rebel as my rental car (and by car, I mean wide-body off-road pickup truck) would haunt me once I got to touring Washington, D.C., but boy, was I wrong. It started haunting me even before I left Virginia.

I recently made it my goal to visit as many states as possible in the United States, so whenever I go to a new cluster of states on the map, I like to drive around and visit the neighboring states so I can check them off my list. In today’s case, I wanted to visit West Virginia and Maryland, so I set my GPS to Charles Town, WV and started driving.

The GPS told me to keep going straight on Virginia State Route 7, but a little past halfway to my destination, there was a section where I had to tem­po­rar­i­ly exit State Route 7 and go to State Route 15 before re-entering State Route 7. I missed that part and kept going straight, landing me on East Mar­ket Street in Leesburg, Virginia.

It was fine at first, and I realized that if I keep going straight, I would eventually reconnect with State Route 7 and be on my way. What I didn’t realize is that East Market Street had a Y-shaped intersection with Loudoun Street. I’m sure you’ve guessed it by now—I accidentally turned onto Loudoun Street.

Long story short, I squeezed a Ram Rebel down a road that seemed like it was designed to be wide enough to support nothing more than horse carriages. How I managed to get out of this situation without scraping every single oncoming and street-parked vehicle, I’m not sure.

Eventually, I made it back onto State Route 7 and kept going until I needed to turn onto State Routes 751 and 719. At first, I was confused that they would make a one-way road like this… but then I realized that it wasn’t actually a one-way road. It was a bi-directional road narrow enough to be a one-lane road, but they didn’t paint the center of the road, so it just looks like a random strip of pavement in quite literally the middle of nowhere. 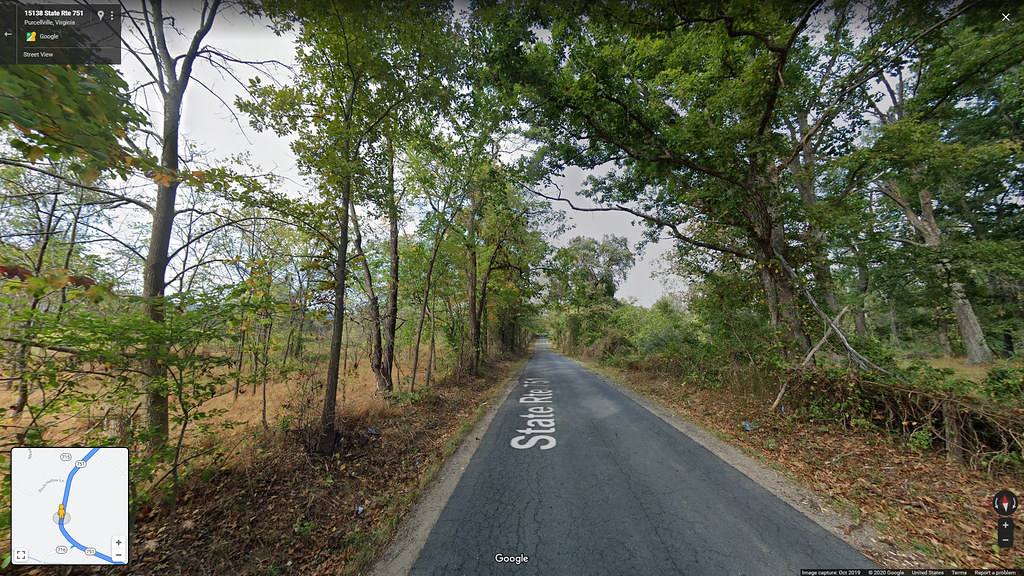 After a quick meal break in Charles Town, I drove over to Harpers Ferry to do some sightseeing. Needless to say at this point, the roads were incredibly narrow, and driving up northwestbound on High Street, I felt like my right side-view mirror would knock out pedestrians because I had to drive so close to the sidewalk as to not ram into oncoming traffic head-on.

Harpers Ferry looked interesting, though, so I decided I would park and walk around a bit. Miraculously, I actually found a parking spot in a lot that fit the truck, so I backed in and got out. But of course, this kind of good luck can’t happen to me. I saw a parking attendant walking towards me. Parking cost $20, and they only accepted cash. I don’t carry cash. I pulled out of the parking spot and went on my merry way.

After being thoroughly outplayed by the Virginias, I drove a bit northeast to Maryland to check that state off my travel map as well. After crossing the state line via U.S. Route 340, I exited onto Keep Tryst Road. While driving eastbound, I noticed a sign that said “scenic byway” and had an arrow pointing south. That was precisely what I was looking for, so I turned right onto Sandy Hook Road.

From here ensued basically a repeat of my experience of the Virginias. For two and a half miles, I drove on roads so narrow that if I was driving a TRX already instead of a Rebel, I would’ve guaranteed scraped things to the vehicle’s right. The worst part about this was that it was actually literally func­tion­al­ly impossible for me to turn around, even if I wanted to—the length of the truck would’ve made it impossible to fit sideways across both lanes during the turn-around process.

To give you a better idea of what I was working with, here is a screenshot from Google Maps where you can see a compact sedan approaching from head on: 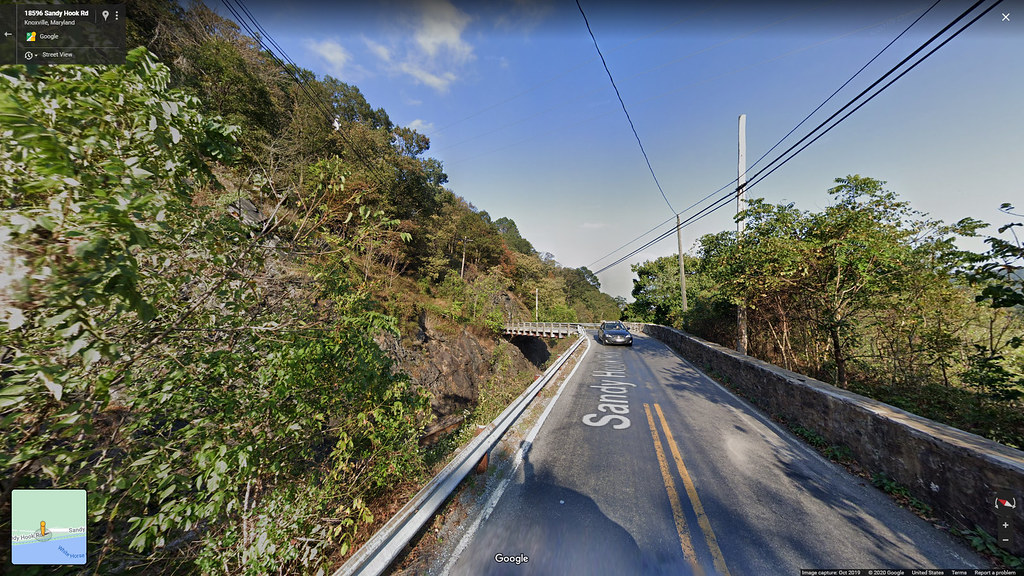 Ram Rebels are approximately a foot wider than compact sedans.

I was committed to this road until there was a turn. For about two and a half miles, I drove on a road designed for vehicles literally half my weight. When I was about to lose all hope, I saw a turn coming up on my GPS—Sandy Hook Road, which had at this point renamed itself to Harpers Ferry Road, had a turn onto Hoffmaster Road. From there, I could do a big one-and-a-half-mile loop around onto Morgan Pine Road and then drive back onto Harpers Ferry Road… to then proceed to do the two-and-a-half-mile drive down Sandy Hook Road again, but this time in the other direction.

And of course, throughout this whole time, I saw occasional signs warning me of falling rocks.

I’m still here, though. Everything is fine, and I survived.

I never want to visit the Washington, D.C. Metropolitan Area ever again.