These are probably the worst photos I’ve taken in a really long time, but I found this to be so hilarious that I had to share it anyway… One of our managers at Tempo Storm flew into Las Vegas from Los Angeles for a PUBG tournament coming up on the Strip. Before the games started, I met up with him and took him to get dinner at a location of his choice. He ended up picking a place called “Paid in Full,” which I still at this point don’t know what kind of restaurant it actually is. The menu and food options were strange, and I don’t even know what I ate (though I do have an out-of-focus photo of it): 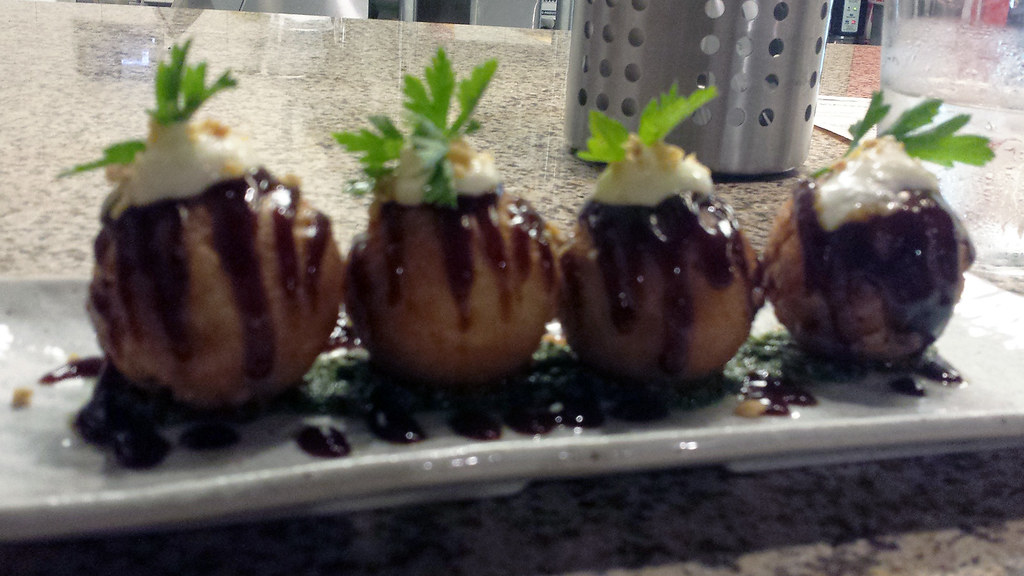 Our manager ordered something that had “Fritos” in the name, so I assumed that it would be a dish that is flavored like corn chips or nachos – something similar to Fritos. I was only partially right, because the dish literally contained Fritos by Frito-Lay. Below the food, though, I noticed something silver and shiny. I was curious as to what it was… then I realized… 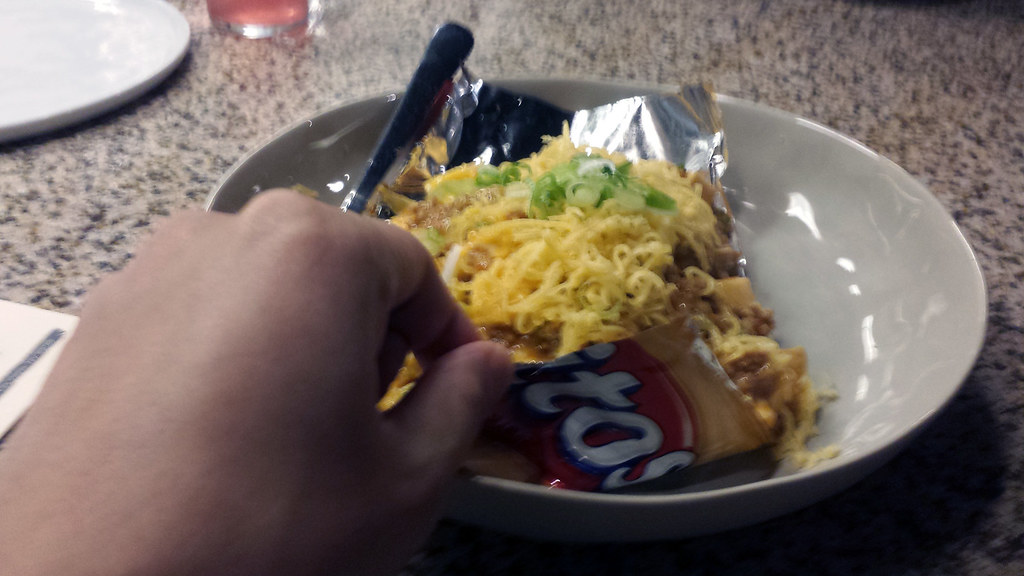