While browsing through tourist activities to do while in Salt Lake City, I came across the Red Butte Garden, a botanical garden. I found it earlier on dur­ing my stay, but I noticed that there is a 50% discount on admissions starting from December 1, so I waited until the first of the month to visit. Ad­mis­sion ended up being only US$7.00.

I’m glad I got the discount, because this was less of a botanical garden and more of just a leisurely walk in a premium park. That’s completely reasonable and understandable, though, because my visit happened not very long after a series of snowstorms, so it makes sense that the flowers won’t be in bloom. 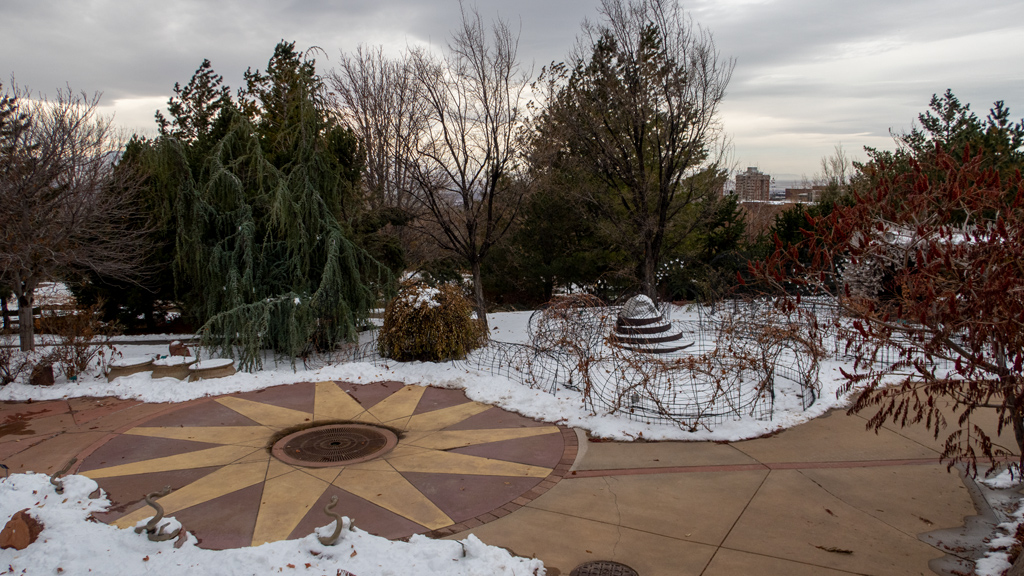 There were a lot of winding paths, so I sort of just wandered around without truly knowing where I was going. Starting from the visitor center, I believe I went through the Courtyard Garden, possibly the Four Seasons Garden, towards the Children’s Garden, and ended up in the Water Conservation Gar­den. 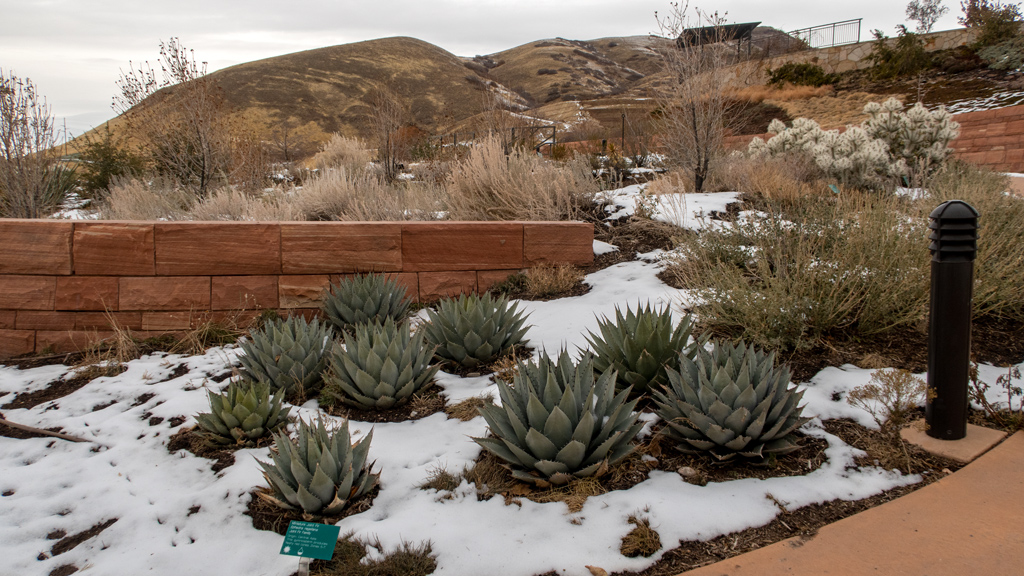 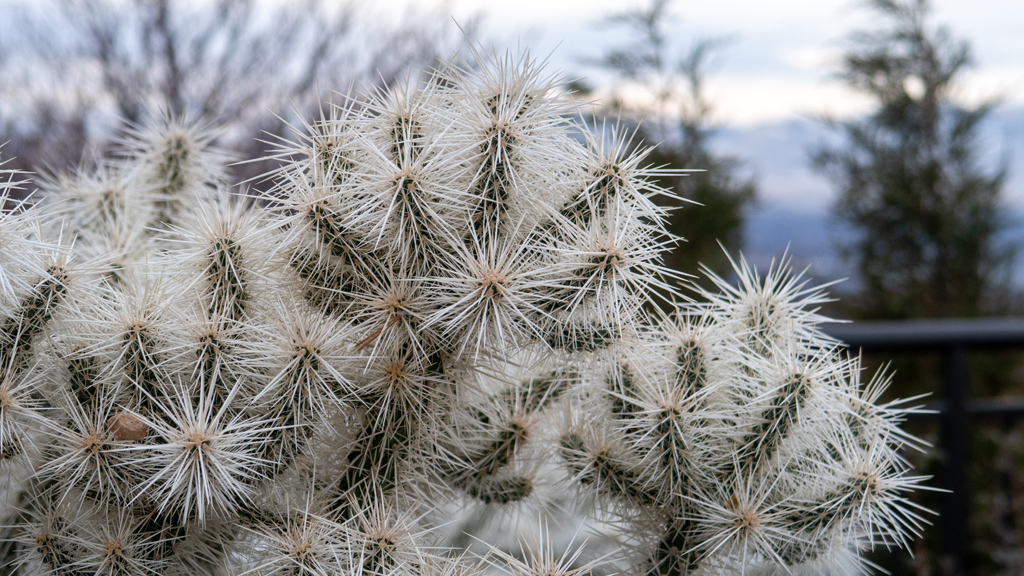 As I went up the switchbacks northeast of the Water Conservation Garden, I climbed in elevation and made it up to the Prospect Point Terrace. From here, I was able to get some nice views of the Salt Lake City metropolitan area. 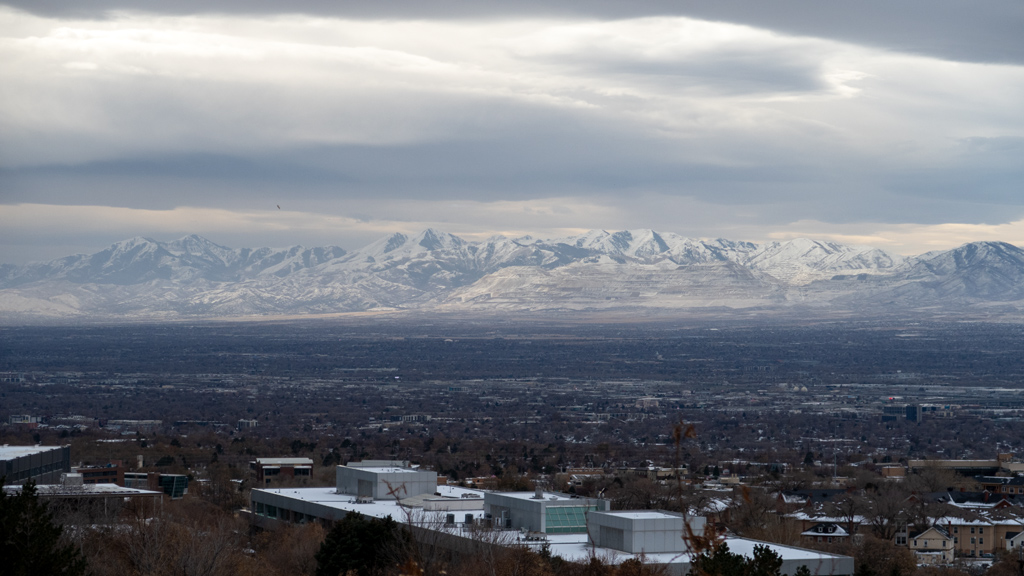 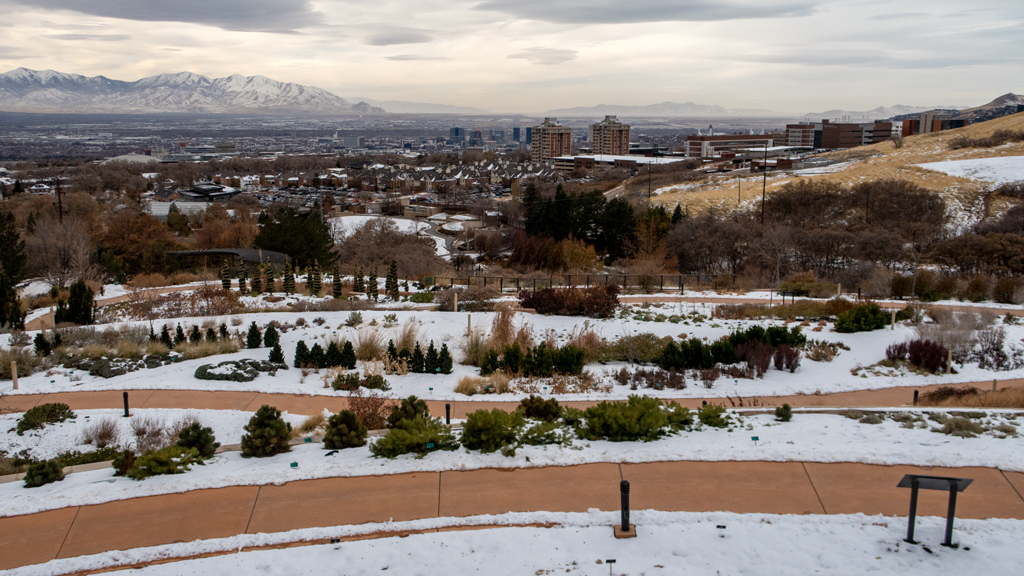 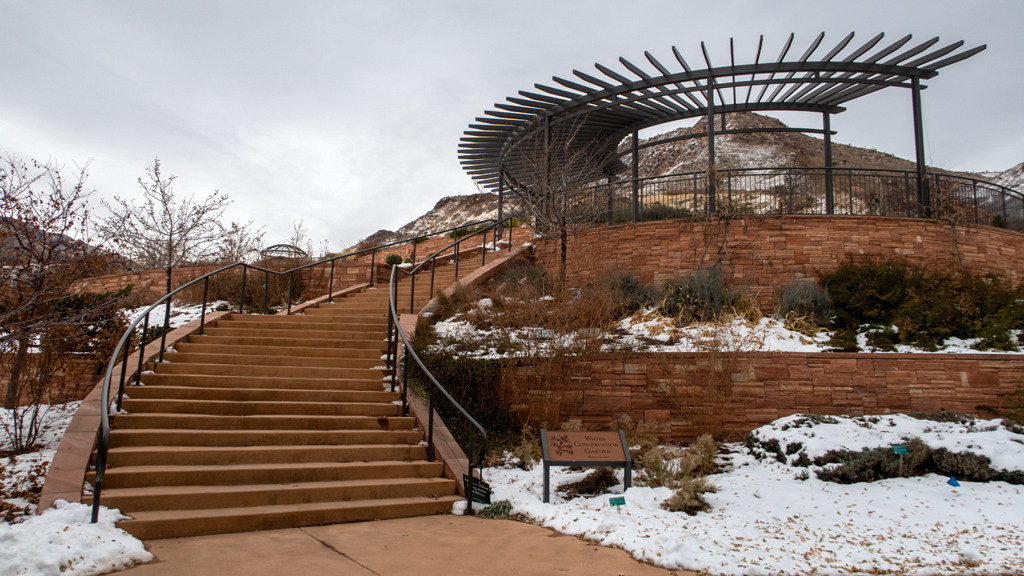 From the top, I looked towards the southeast towards the natural area access points and Seepy Hollow for a nice view of snow-covered mountains. 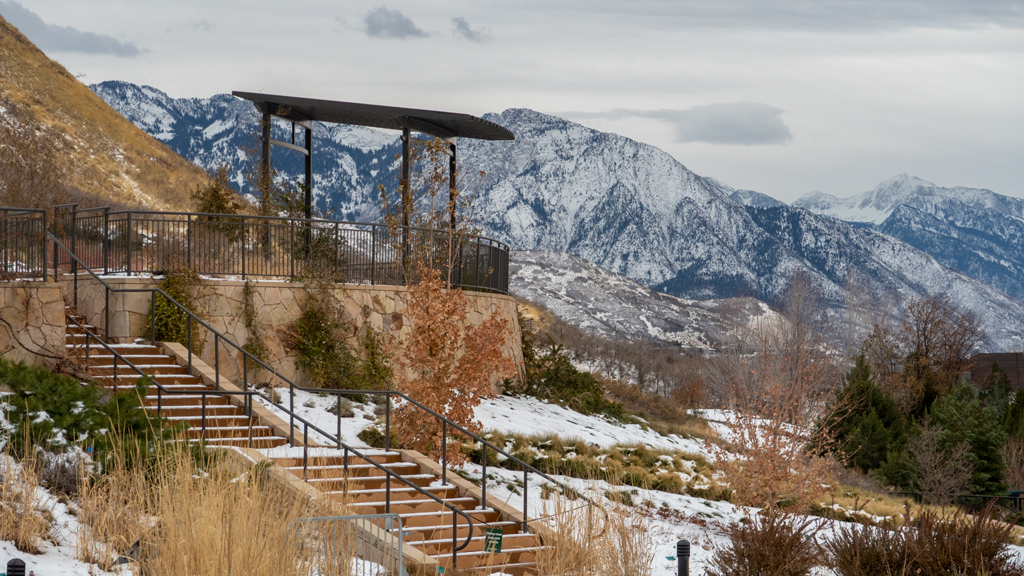 After making my way down, I meandered around the Fragrance Garde, Medicinal Garden, and Herb Garden. As you can probably tell from the photos, it was a little bit difficult to tell them apart. 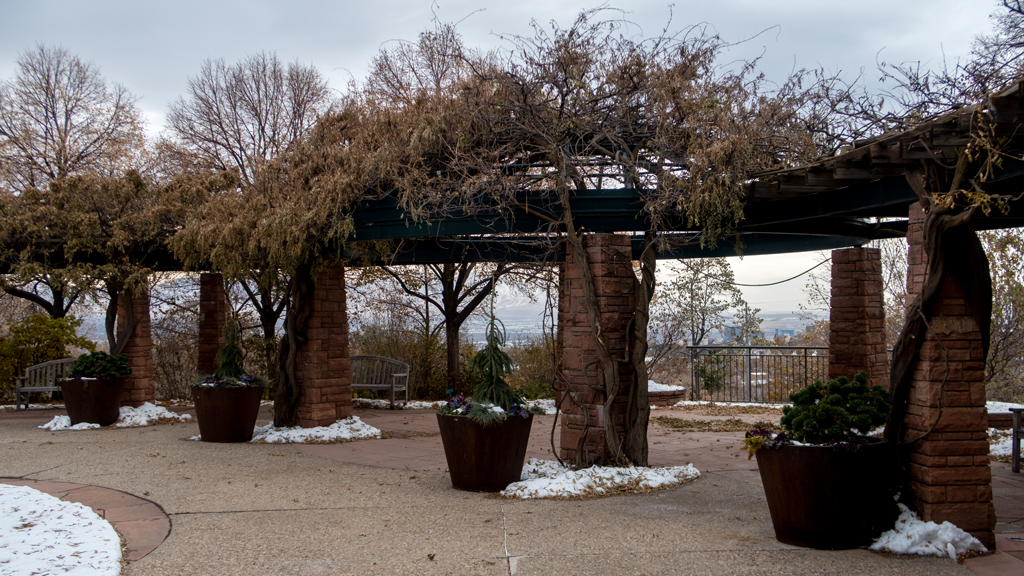 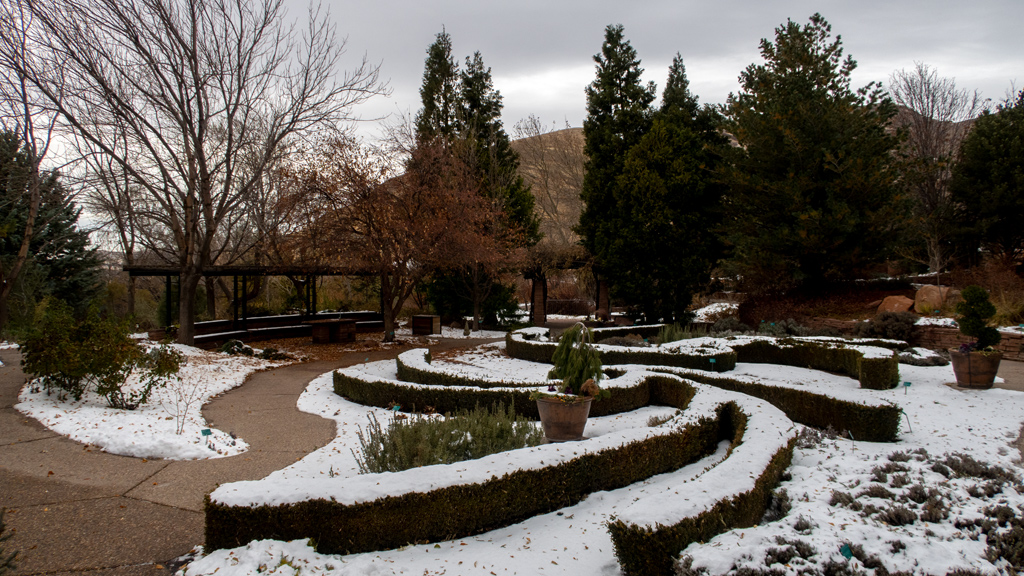 I saw from the map that there was a body of water nearby, so I started walking towards the Red Butte Creek and passed a few waysides. 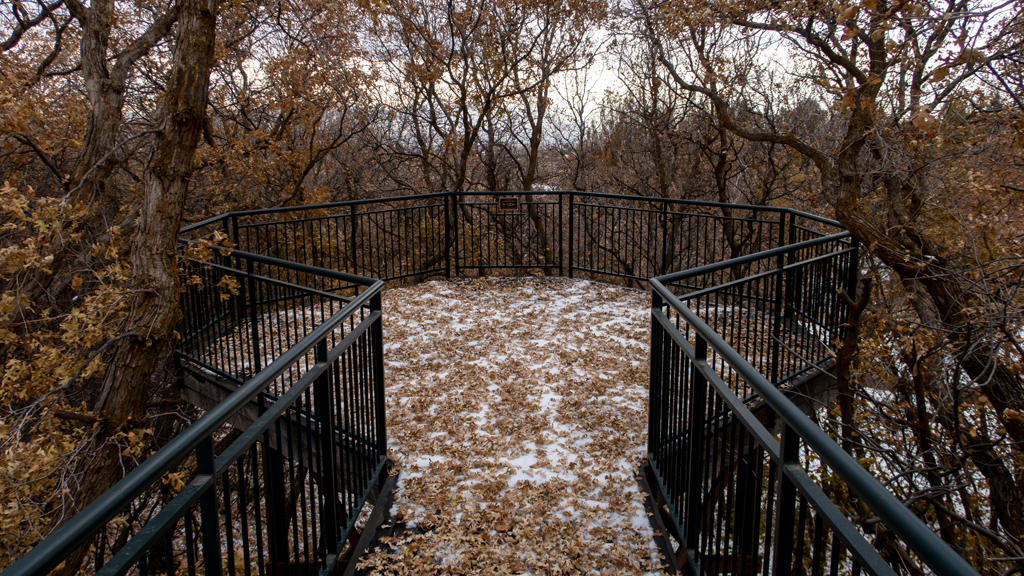 On the way there, I also saw a statue of a moose. 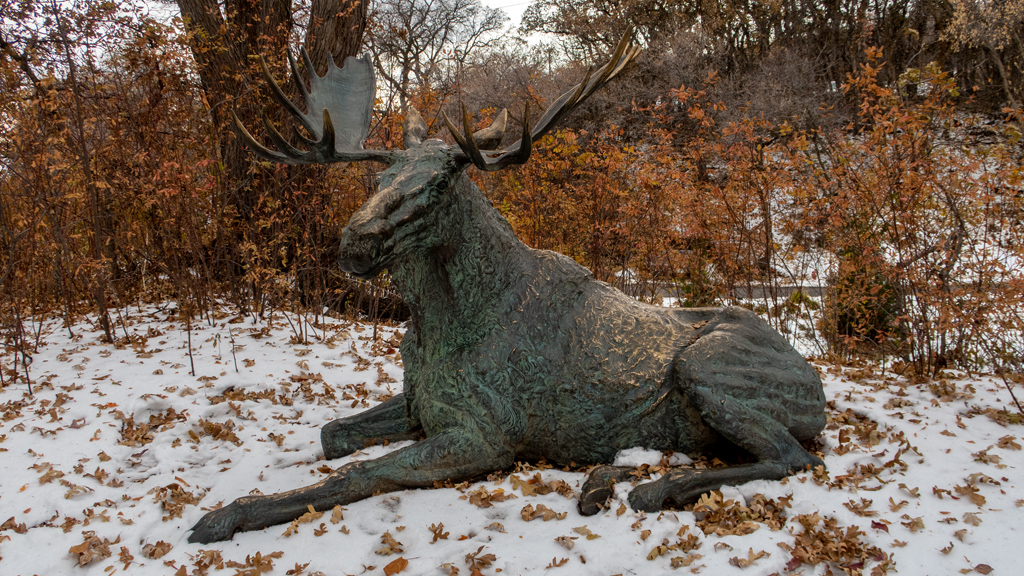 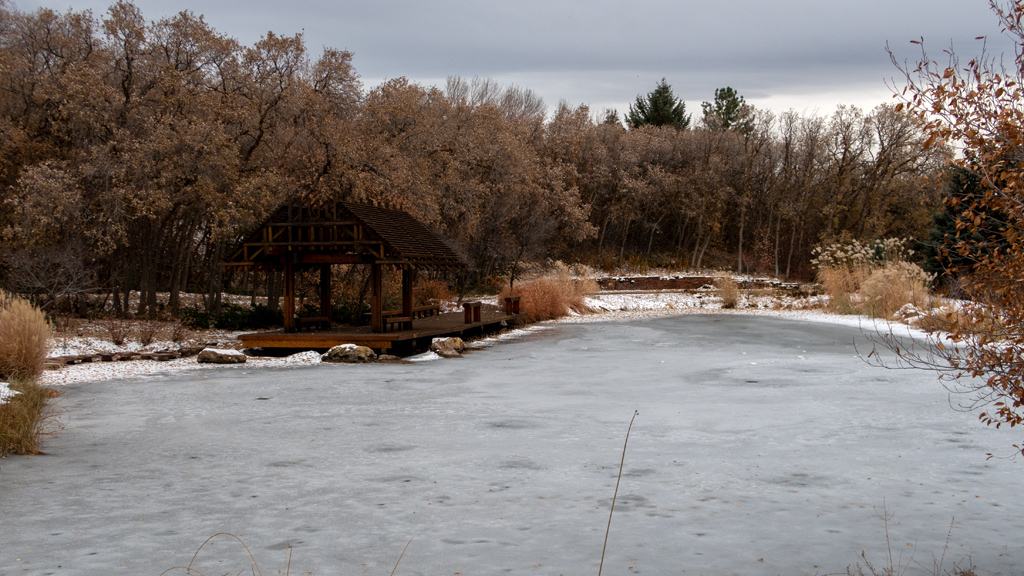 I continued on the walking path on the northwestern side along Red Butte Canyon Road and approached the terrace, amphitheater, and stage. 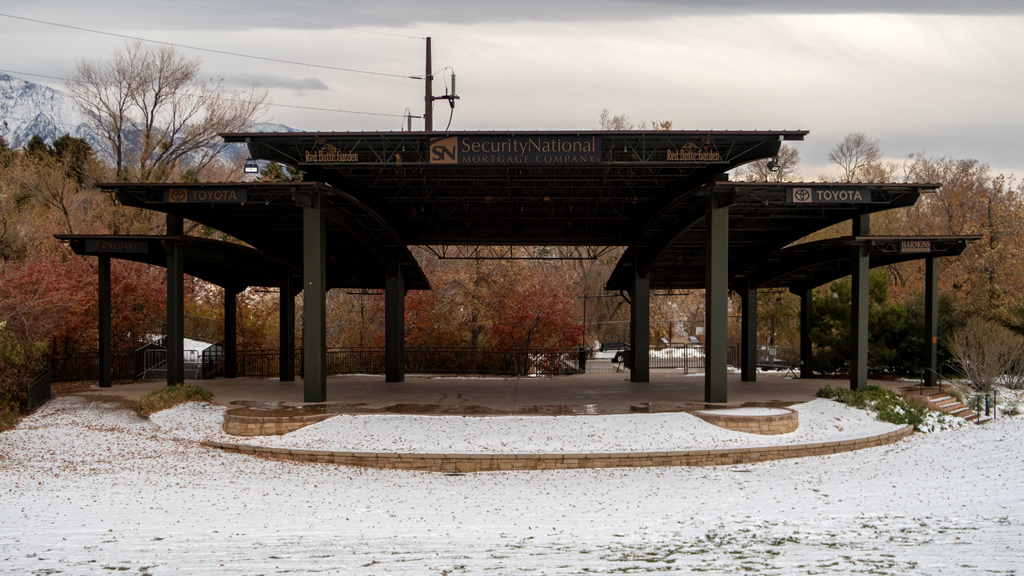 After going around the loop and past the concert and special event entrances, I walked through a relatively dead Rose Garden and Floral Walk. I did end up finding one bright and blossomed flower, but I think this might have just been a special thing by the Orangerie and not actually part of the Floral Walk. 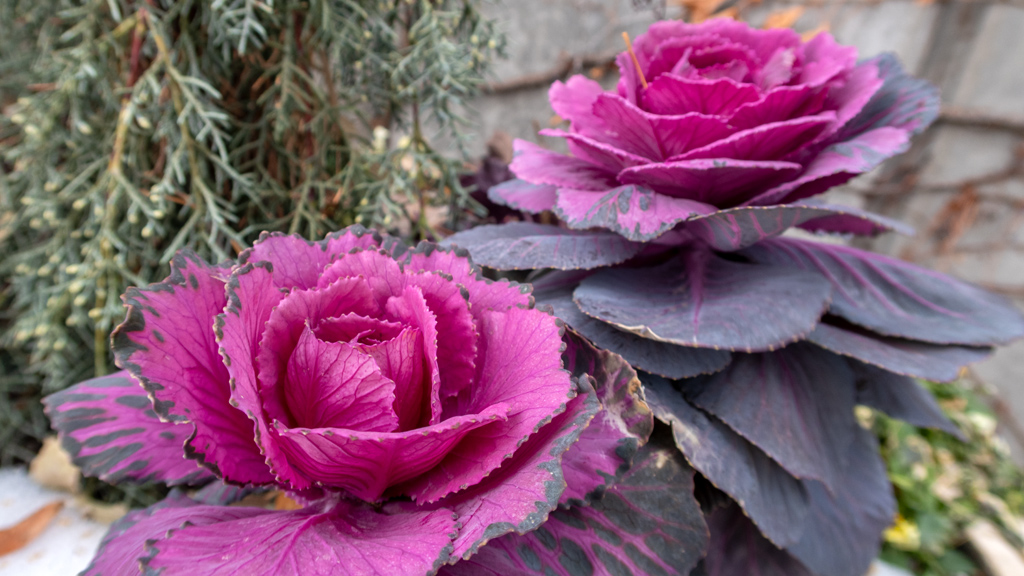 It appeared like I was one of the only people weird enough to go to a botanical garden days after a snowstorm, so the parking lot was pretty empty and made for a good photo opportunity for my trusty truck with a nice backdrop. 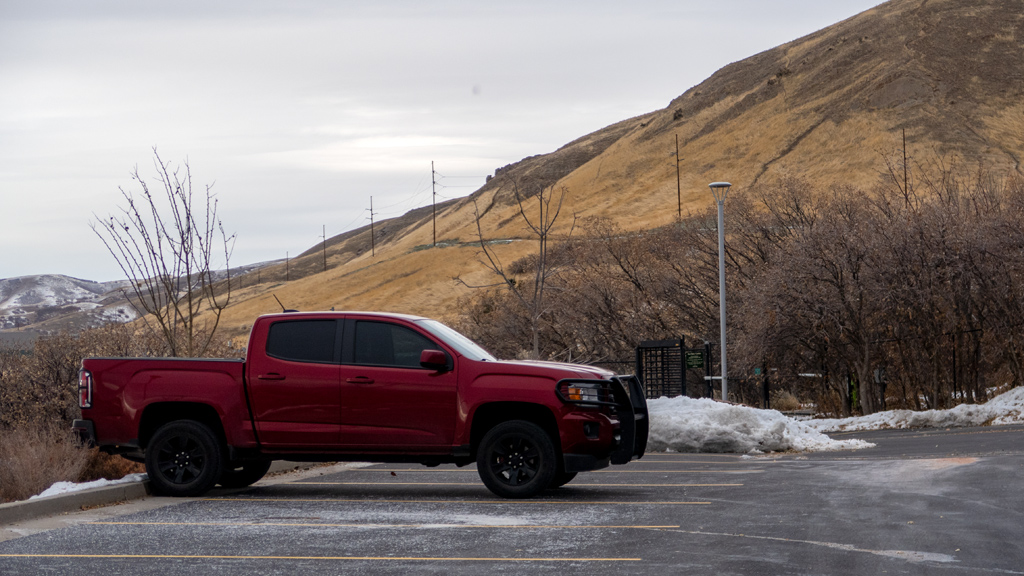 If I had known that the Red Butte Skyline Nature Trail was nearby, I would’ve arrived earlier, worn snakers, and gone for a longer hike, but I ended up just exploring the main Red Butte Garden area and returning to my hotel so I could make it back in time to attend a conference call.

Overall, my stroll around the property was a little shy of 2 miles (almost exactly 3 kilometers).

I obviously can’t make a proper recommendation on whether or not I think you should visit the Red Butte Garden based solely on my own experience, considering that I clearly missed out on a big part of the “garden” aspect of the garden due to my off-season visit, but it was a still decent reason for me to go out into nature and get some fresh air, and I don’t regret going.