On August 26, 2022, my friend Doug Wreden ran a charity fundraising event for the Monterey Bay Aquarium in celebration of Rosa the sea otter‘s birth­day. The US$90,000.00 stretch goal was for Doug and me to eat a whole salmon while wearing bunny suits. The event ended up raising US$104,327.89.

With my stay in the Seattle Metropolitan Area soon coming to an end, we decided now would be a good time to fulfill our promise. Yesterday, we went to a local seafood store looking to purchase a whole salmon.

We asked the fishmonger what the smallest whole salmon would be, and he said it would be around 12 pounds (5-6 kilograms). He went to the back to grab one and came out with a 17.87 pound (8.11 kilogram) salmon, saying it was the smallest one they had available. 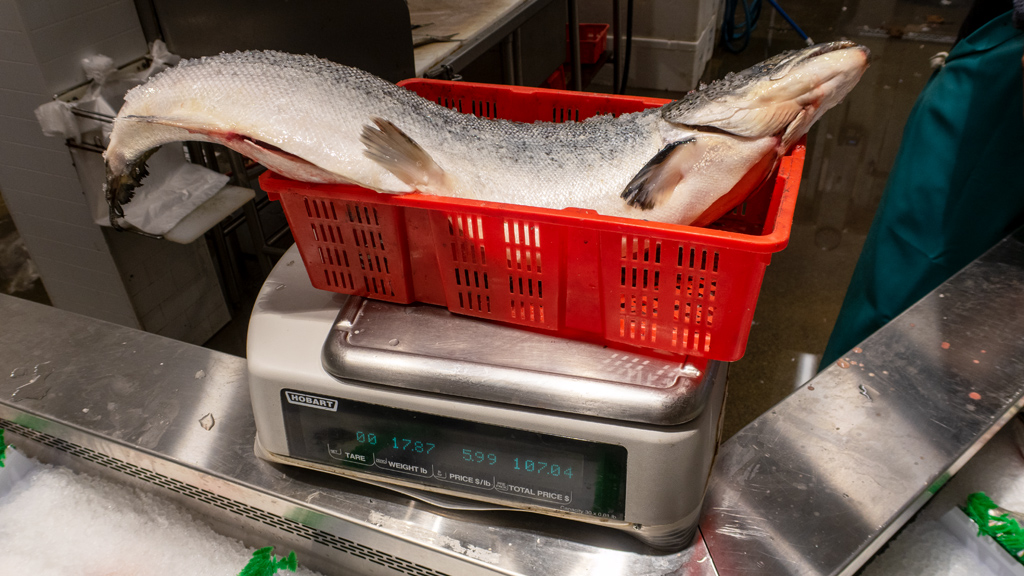 We brought it back to Doug’s house and stored it in the refrigerator. It barely fit. 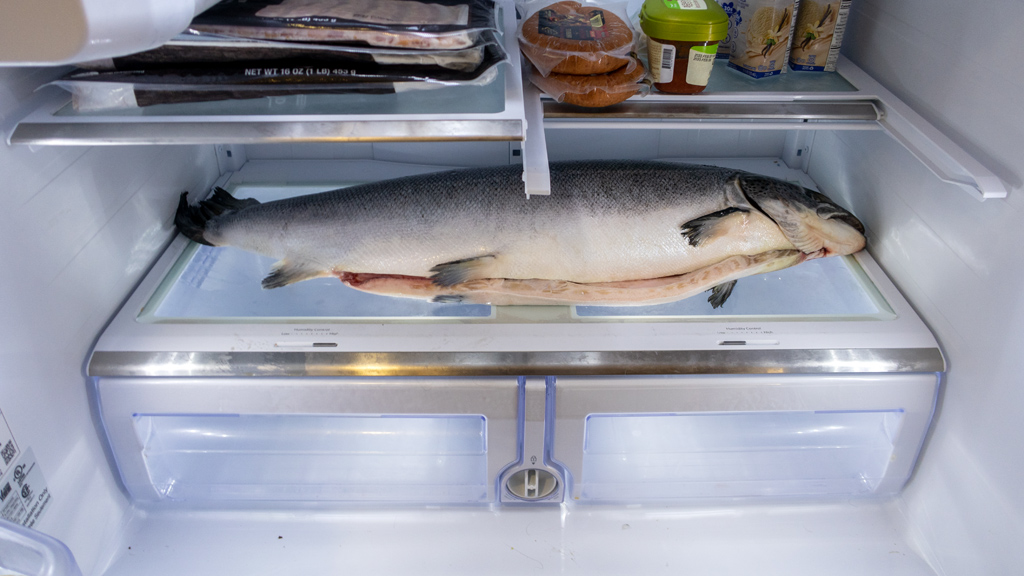 This morning, we extracted the salmon from the refrigerator to prepare it for cooking. We were considering putting it on a tray, but then realized that would be completely pointless. 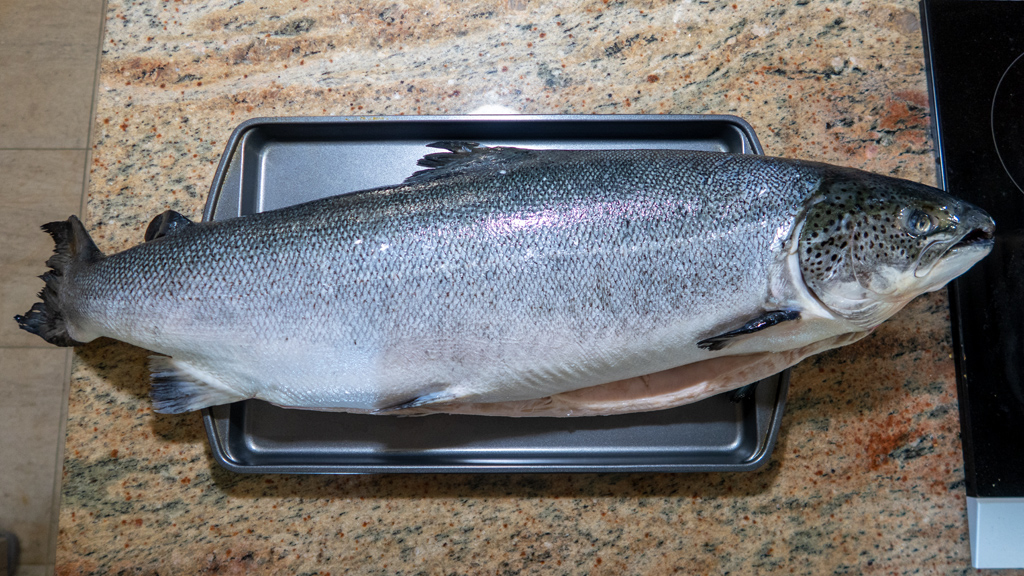 Here is a picture of Doug next to the salmon, for scale. 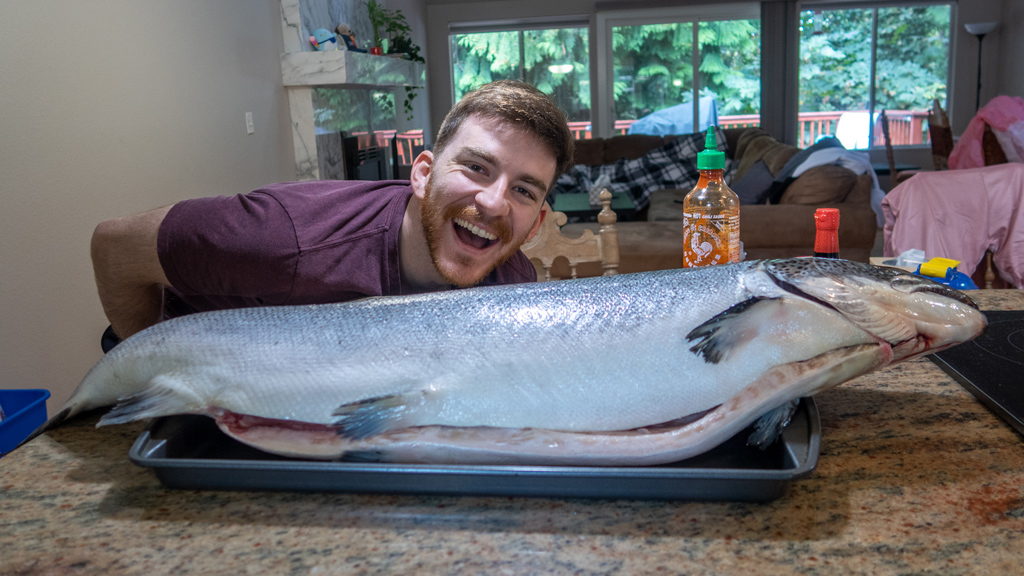 We covered the inside of the oven with tin foil and placed the fish inside. It was too big to comfortably fit in the oven, so we turned it diagonally and curved the head and tail upwards so it would fit.

After about an hour, the salmon was more-or-less done cooking, and it had a nice, golden brown crust. 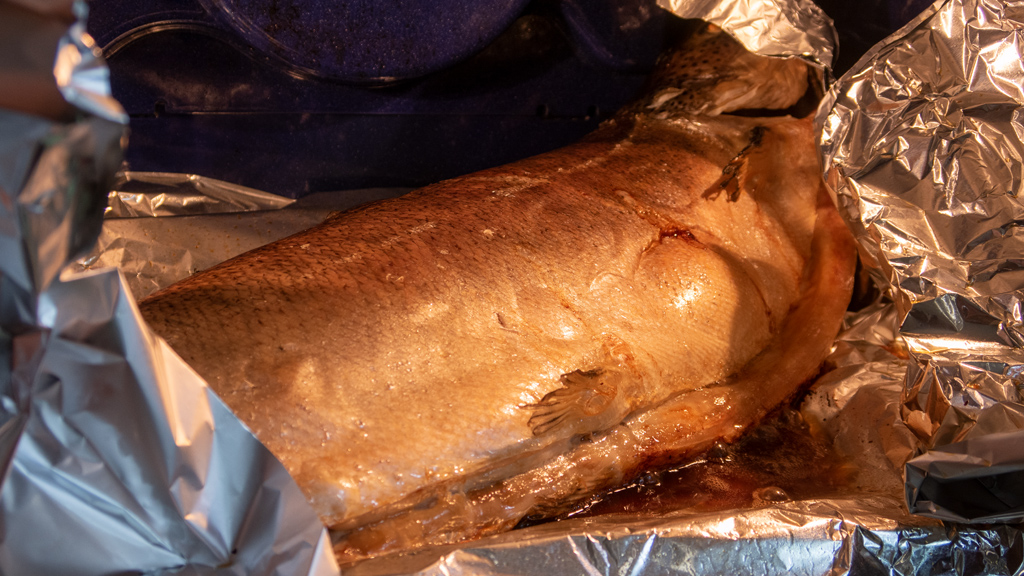 We went into this knowing that it would be completely unrealistic to actually eat the entire fish, but we had our estimates—I thought I would be able to eat about 2 pounds, and if Doug does the same, we’d finish about a quarter of the fish.

Oh, and also, my inflatable bunny suit was aggressively large. 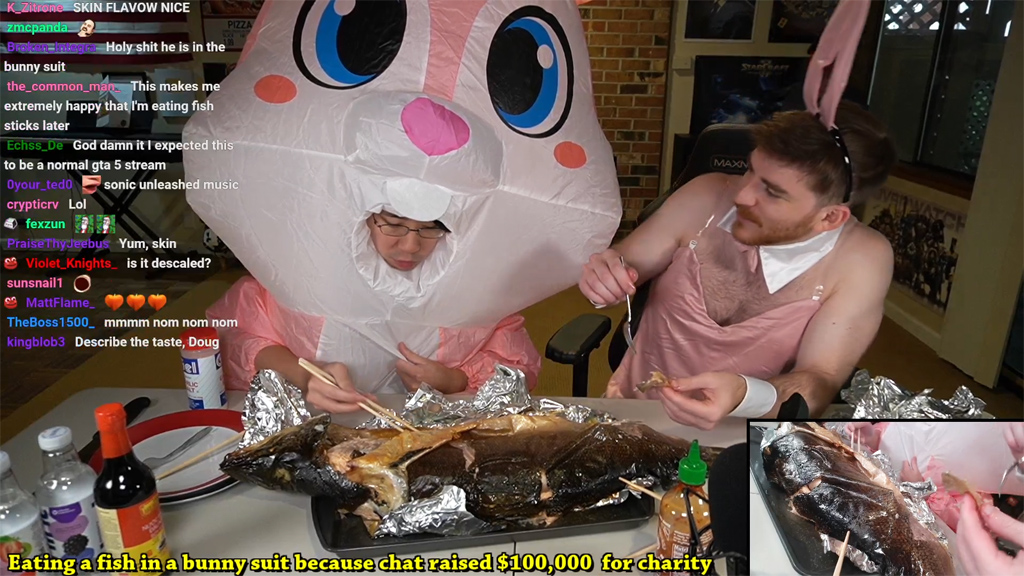 I ended up underestimating ourselves, because we finished about half of the salmon. If we account for the head and tail that we did not consume, as well as the weight of the bone, I think we might have eaten about 3.5-4 pounds (1.5-1.8 kilograms) of salmon each. 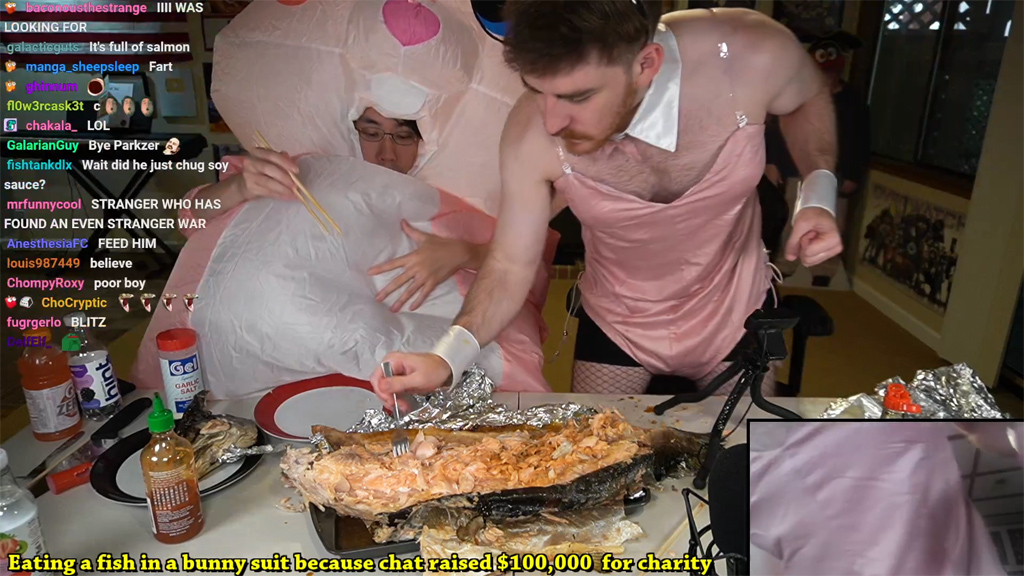 This was the aftermath. We took the leftover salmon and stored it in containers to finish consuming another day.

By the end of it, I had eaten so much pro­tein and fat that my stomach was upset and I felt physically exhausted, but I ate some popsicles high in sugar, and that neutralized some of the weird feeling in my stomach and made me feel much more refreshed. 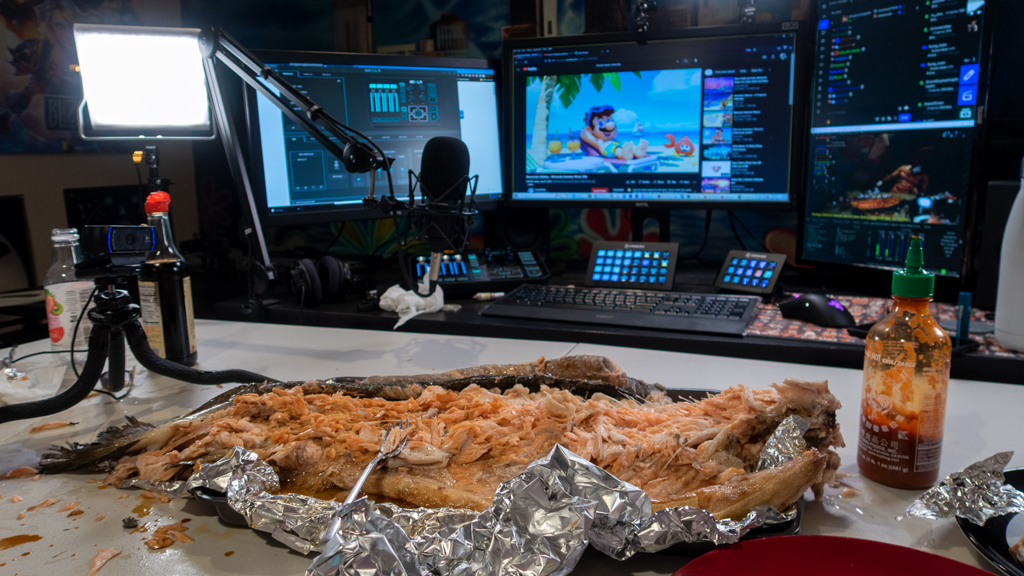 This is by far my favorite stream that I’ve been a part of. Not only was it just an absolutely absurd, ridiculous, and insane concept, but it was tied to a great charity event, the audience was very happy to watch and was looking forward to it for over a month now, and it went surprisingly smoothly from a logistical perspective.

I’m glad I got to participate, and now Doug’s community just needs to convince him to eat a bunny while wearing a salmon costume…