Last night, I met up with some friends to get dinner together and walk around Volunteer Park for a bit. After our adventure, I stopped by and visited her condo to meet Mina, her new cat.

Mina is a domestic shorthair that was originally a stray cat with some severe health problems, but she was able to be nursed back to health. Now, Mina is an extremely active, agile, and affectionate cat—probably one of the friendliest I’ve ever met. We suspect Mina is about a year old and has reached cat adulthood, but she still has the size, youth, and energy of a kitten.

It was a bit tricky to get some good pictures of Mina because the lighting wasn’t that great and she was always on the move, but I still got a handful of decent shots, especially after she had calmed down a bit and started grooming herself on the couch. 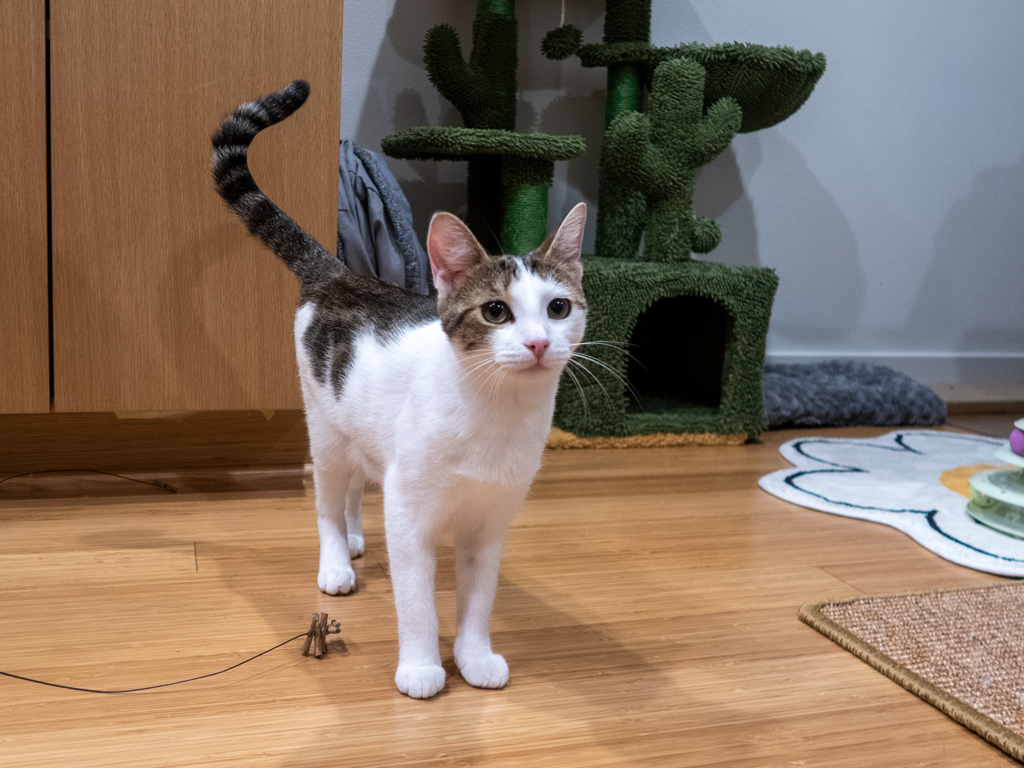 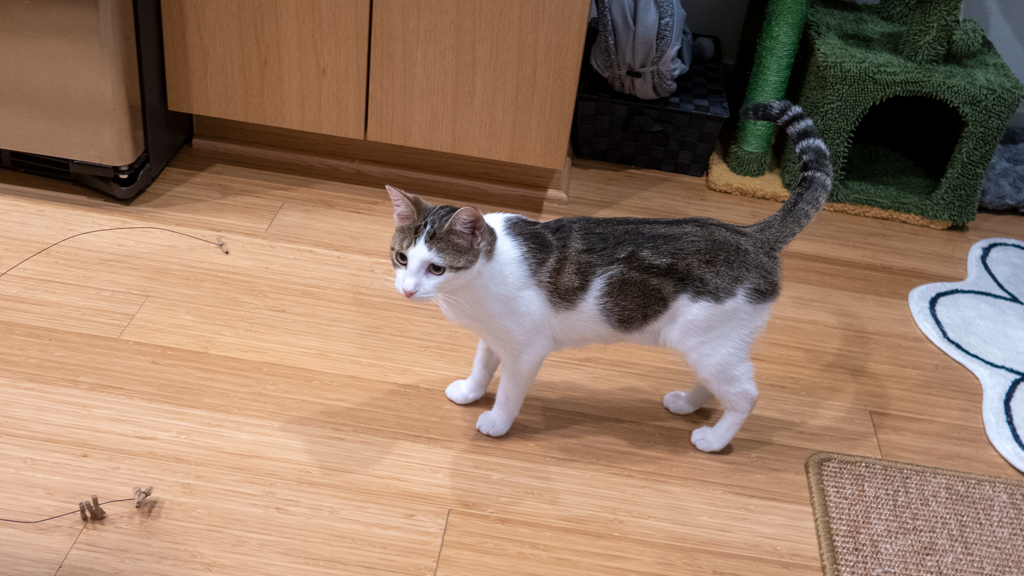 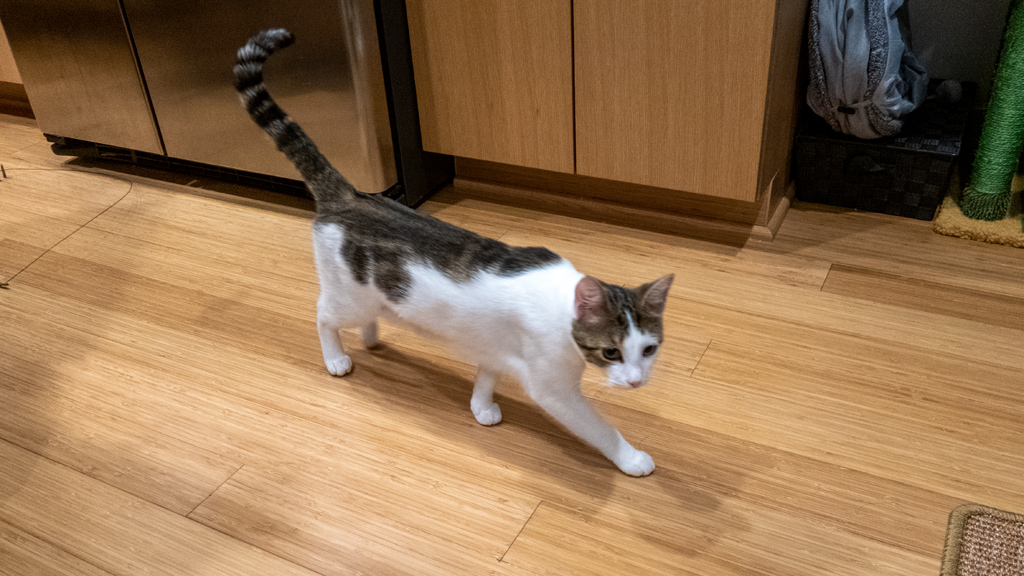 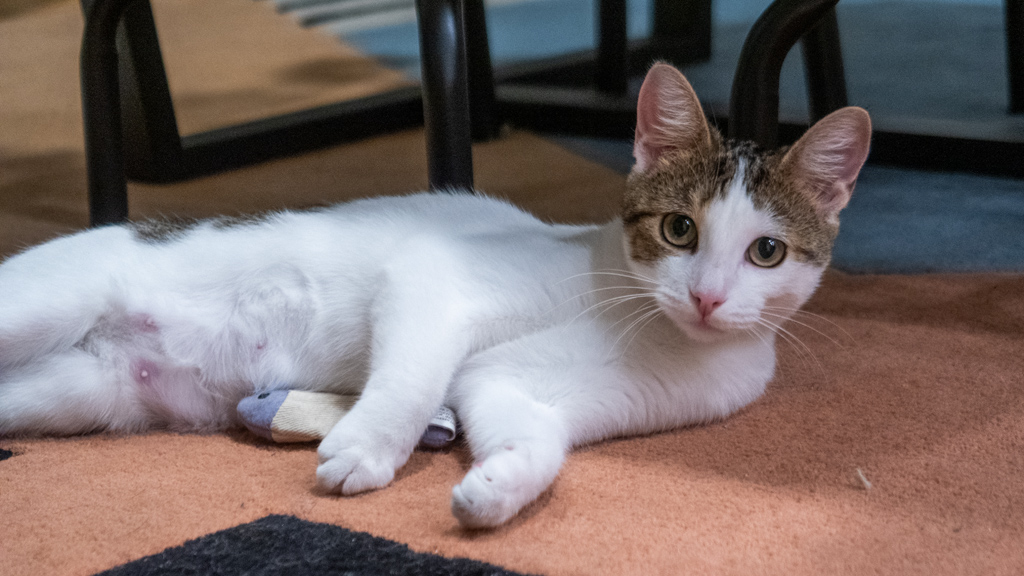 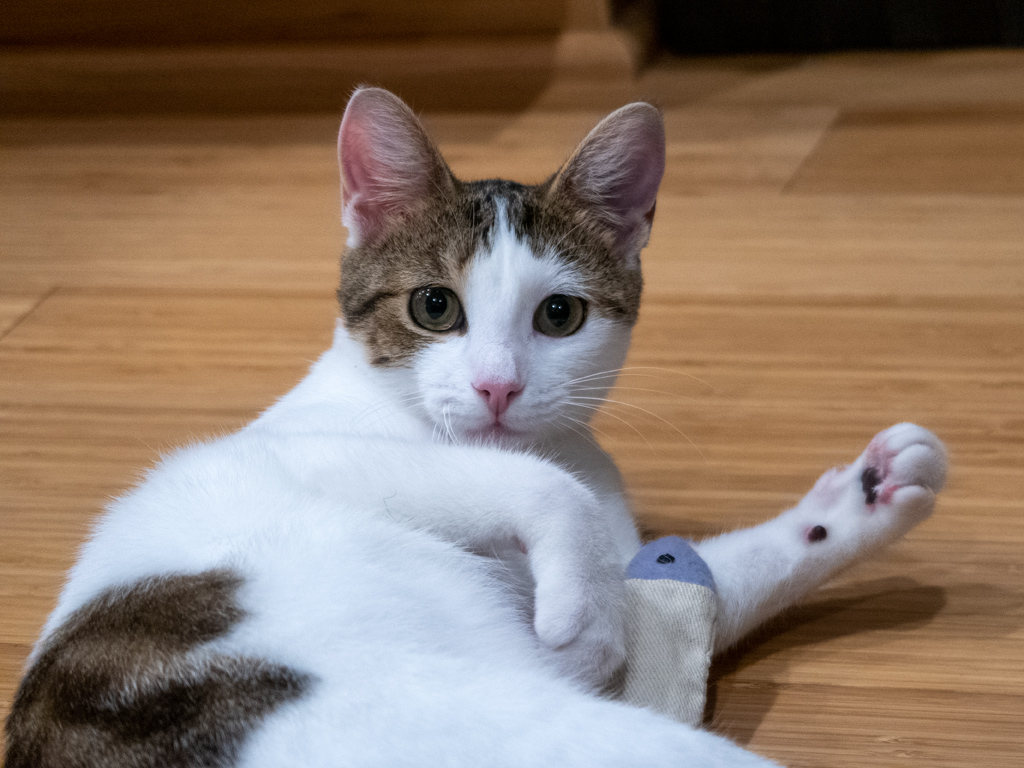 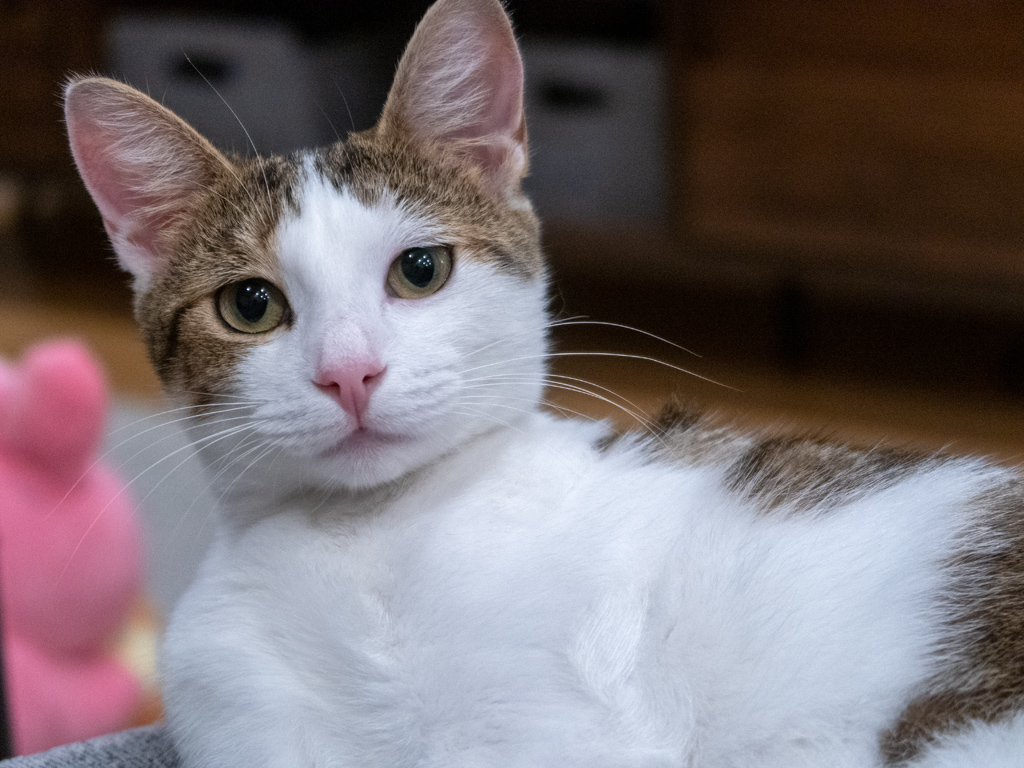 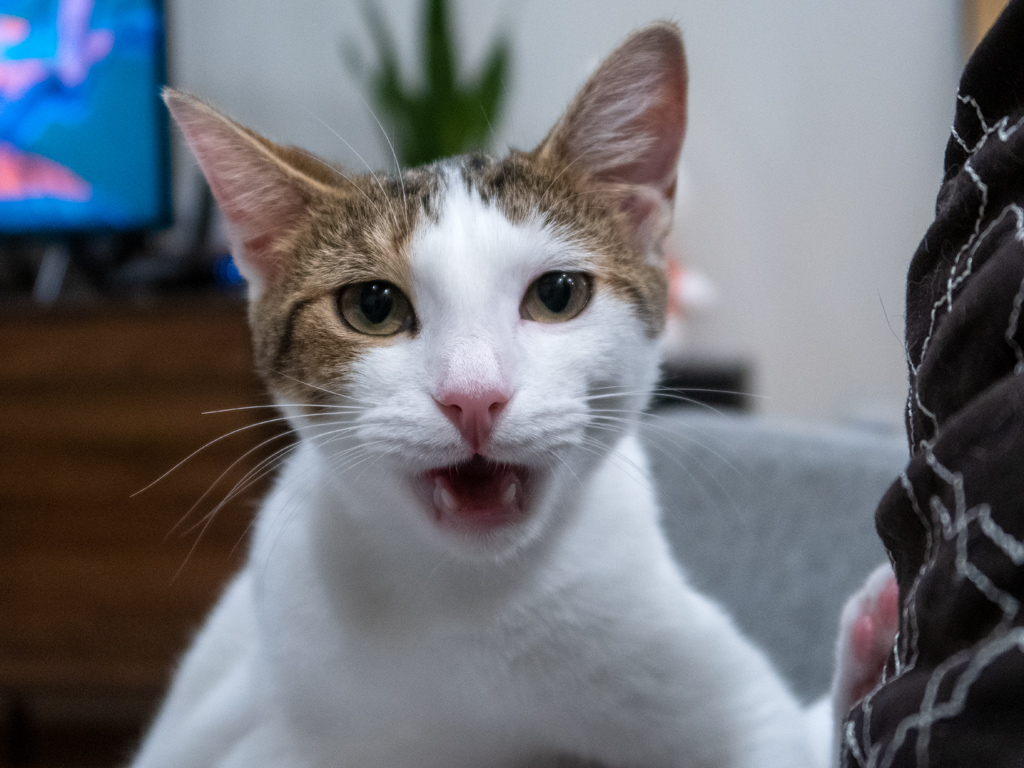 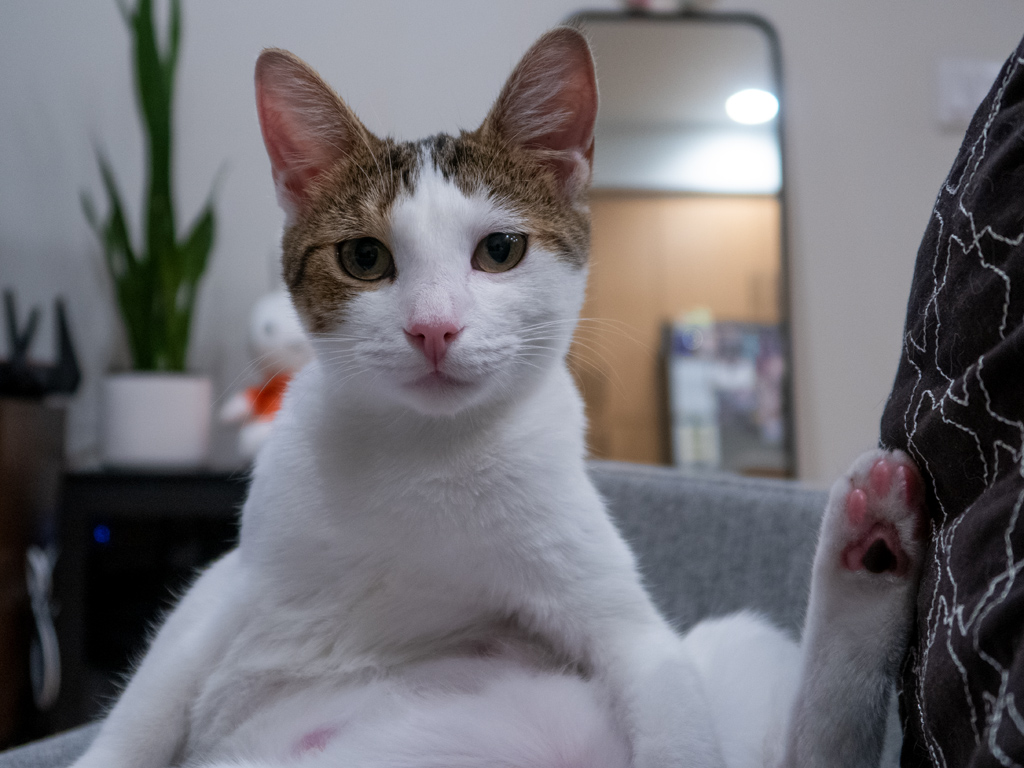 For the record, I’m not actually as tan as it may seem from this next photograph… Mina’s white hair just radiates light, so when I edit the photo such that her hair no longer blinds you, it ends up making my skin look pretty dark. 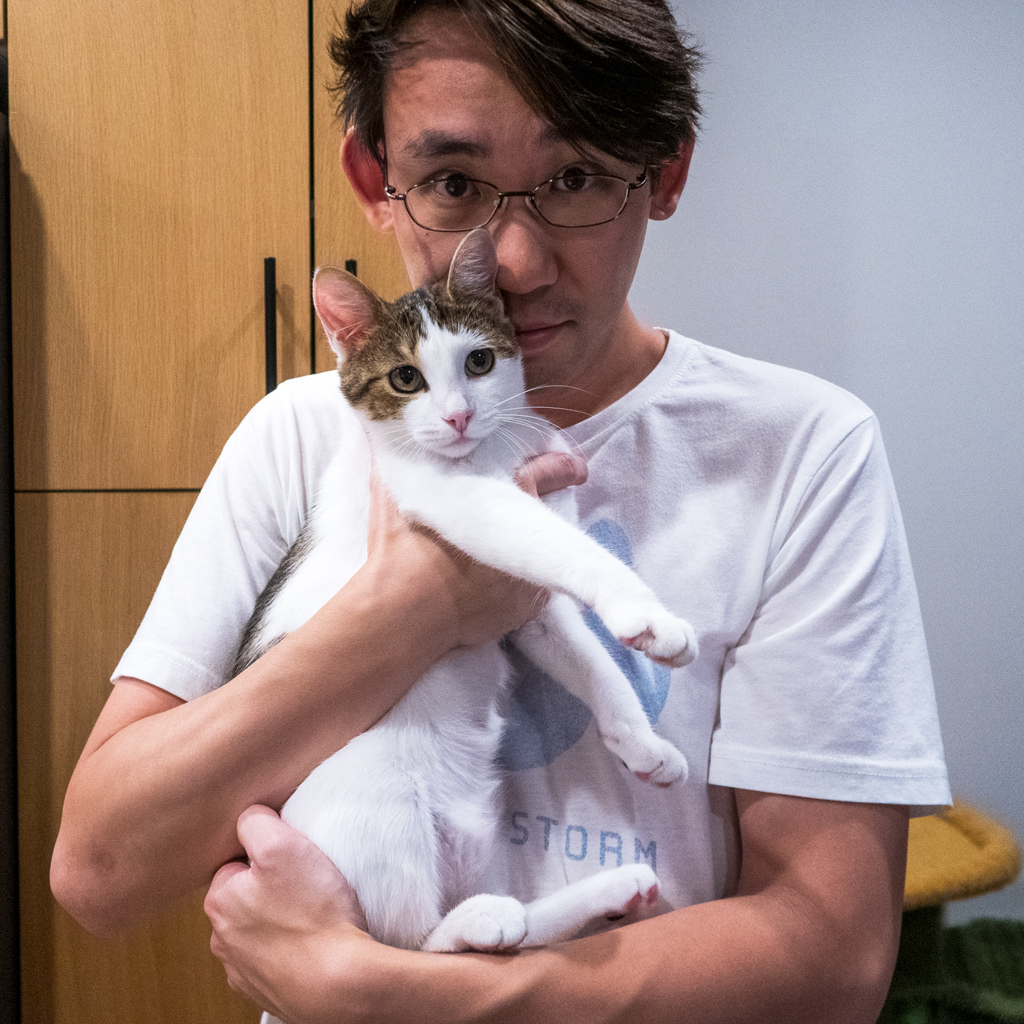