For the next tourist activity of Charleston, I was joined again by my co-worker to go to Patriots Point Naval & Maritime Museum. The museum is ba­sically four museums in one, with three ships and an experiential exhibit.

We attended a wedding over the weekend; I didn’t join in on the afterparty, but my co-worker did. This meant that he slept in and had a late start, so we only had about four hours to experience everything. The museum(s) is/are massive, and four hours wasn’t enough to see everything, even though we weren’t standing there reading all the information on all the placards. If you also want to go, I’d recommend a 4-6 hour trip at the minimum; if you’re an enthusiast who loves the topic, this is honestly an amazing place to spend the entire day from open to close.

Because the museum was so large, I decided to split it up into a few separate blog posts. The first two museums we went to were the Cold War Memorial inside the USS Clamagore (which is a submarine), as well as the USS Laffey DD-724. 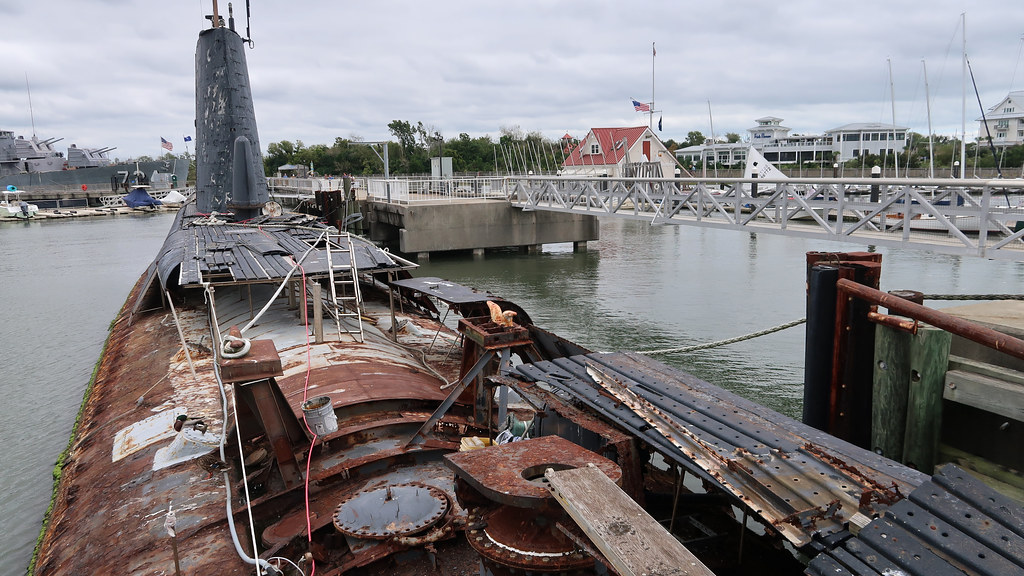 The submarine exhibit outlined what underwater life was like during the Cold War so we could see it first-hand. 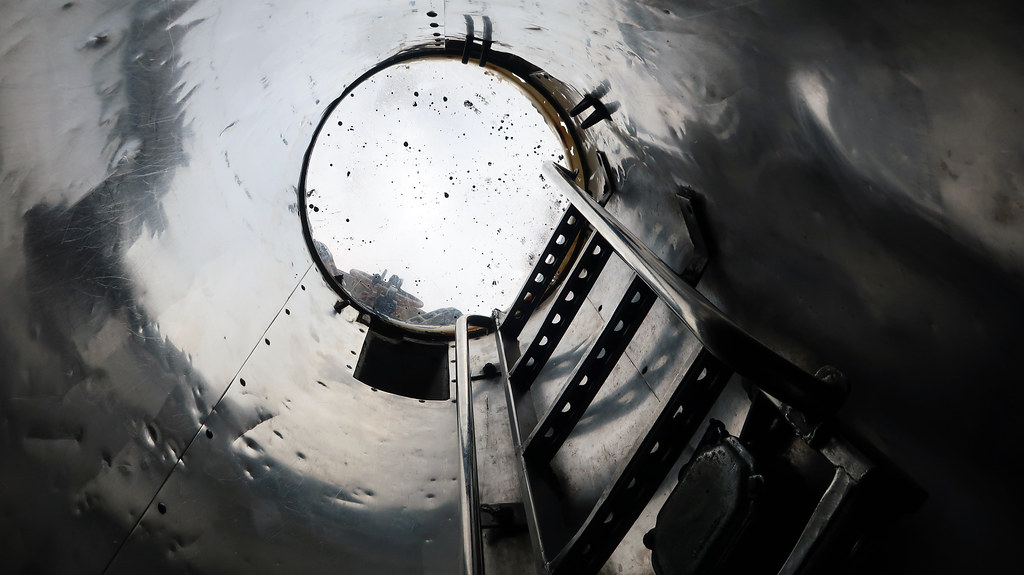 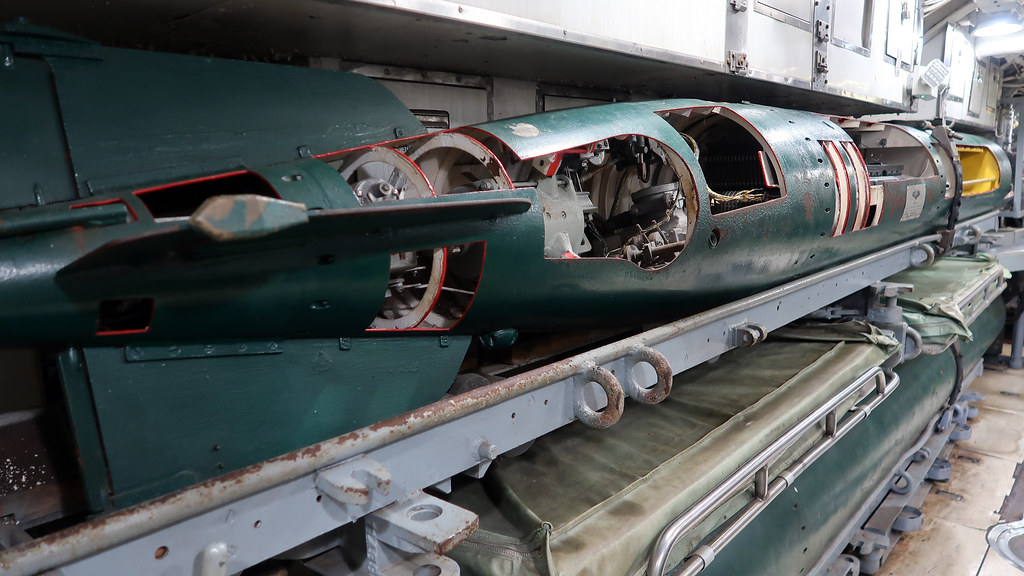 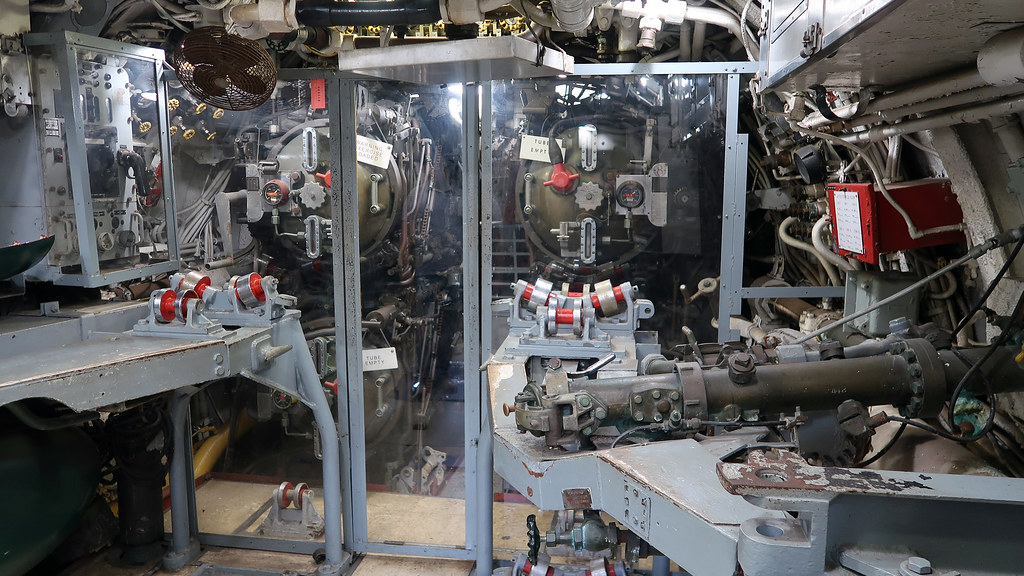 The main takeaway I got from walking through the entirety of the length of the submarine was how large and small it was at the same time. I had never been on a submarine before, and I’m not sure where I got this impression, but I assumed that a submarine would be more like a smaller boat, but capable of being completely underwater. I imagined the interior would reflect something like a private jet. I’m sure there may be some submarines that exist that are like this, but the USS Clamagore was quite literally an entire house crammed into a watercraft.

As I walked through all the different rooms, I realized that this was built for people to live in here for extended periods at a time—all the essentials were directly in the submarine. However, it was also extremely space-efficient, meaning, there was very little open space that wasn’t already being used for some important purpose. The one long hallway stretching across the length of the submarine required a good amount of flexibility and agility to nav­i­gate because of how narrow and short it was.

My co-worker asked me whether or not I thought I could survive in one of these for a long period of time. I do well with small spaces, so that wouldn’t be much of a problem, but I know for a fact that I wouldn’t be able to tolerate the smell and heat. The submarine had a section where it showed the en­gine and had a speaker emitting the sound of one engine… and apparently during normal operation, there are ten of them running at the same time, resulting in ten times the volume. They also produce an insane amount of heat, and it would be normal for it to be ~120°F (~48°C) in that room.

Next up was the USS Laffey, nicknamed “The Ship That Would Not Die” due to how resilient it was during the most relentless suicide air attack in his­to­ry during the Normandy landings on June 6, 1944, better known as D-Day. 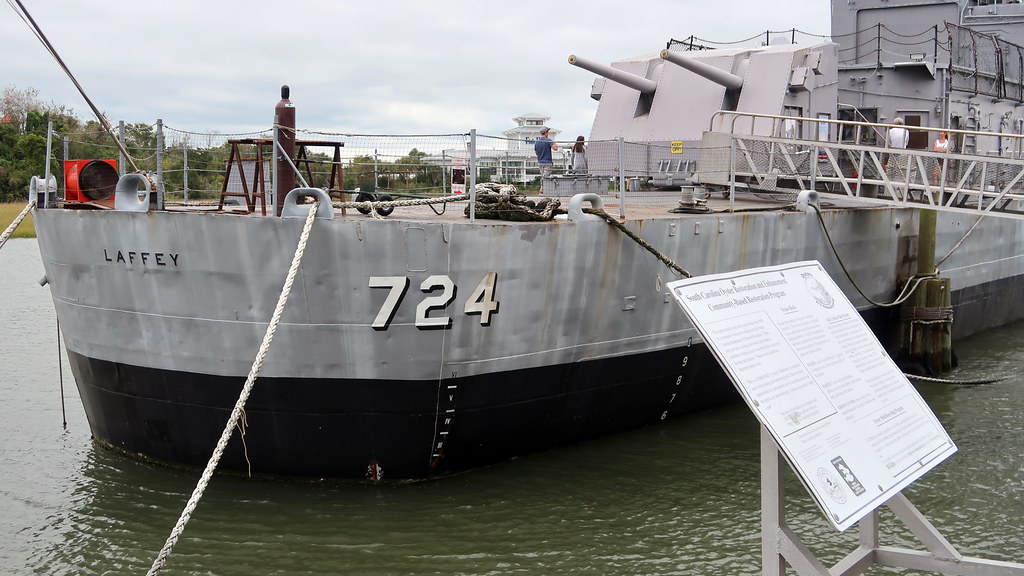 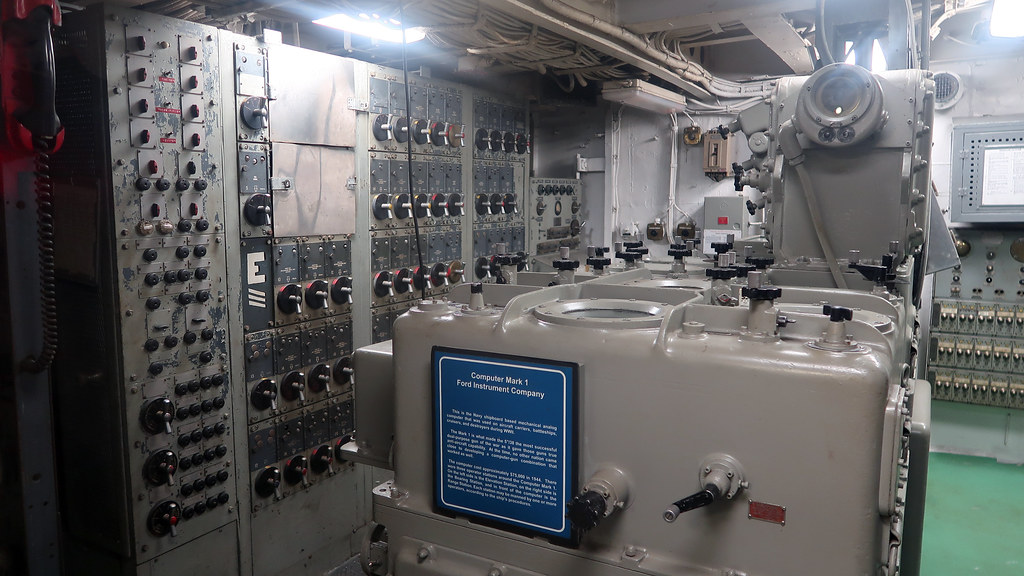 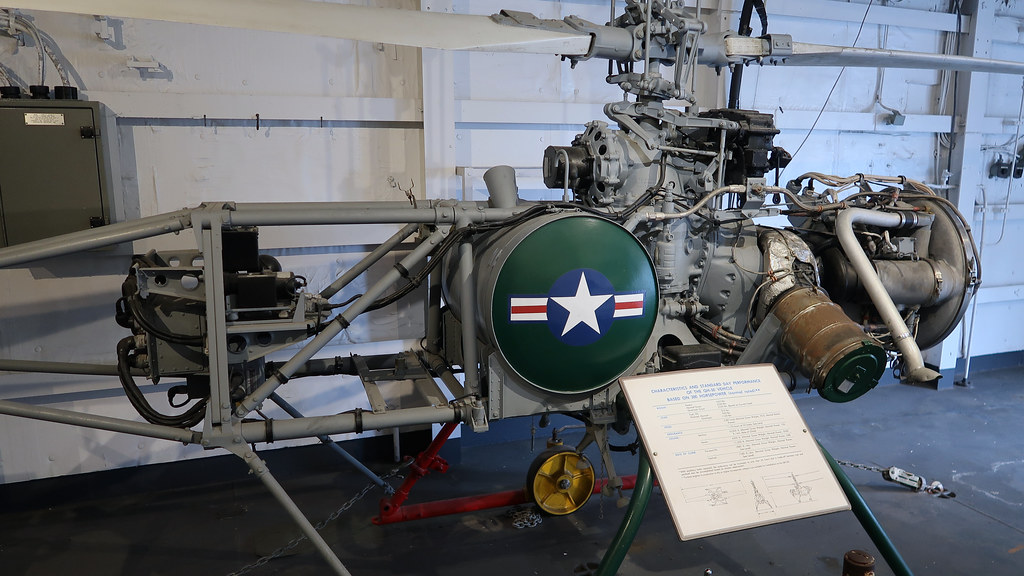 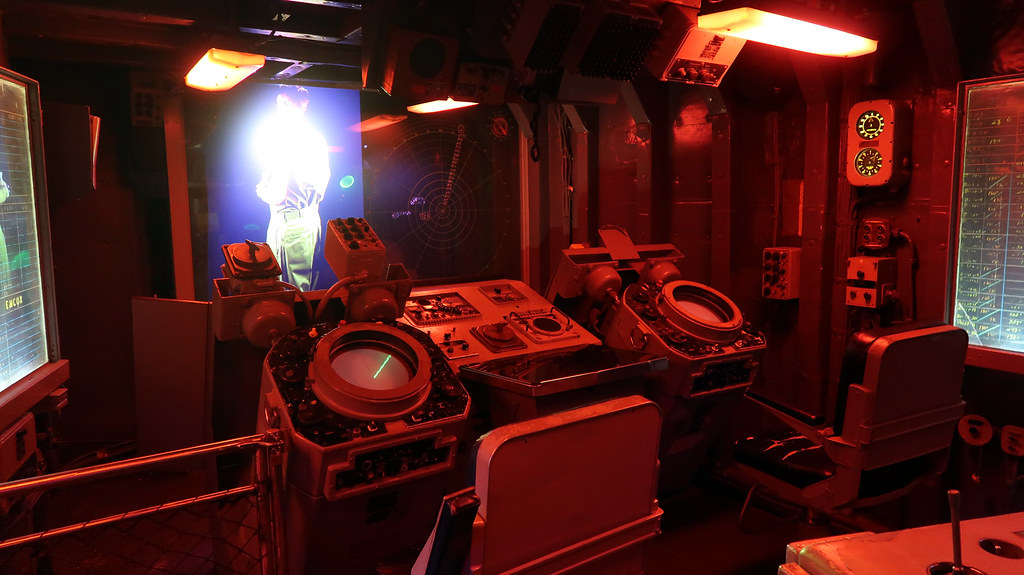 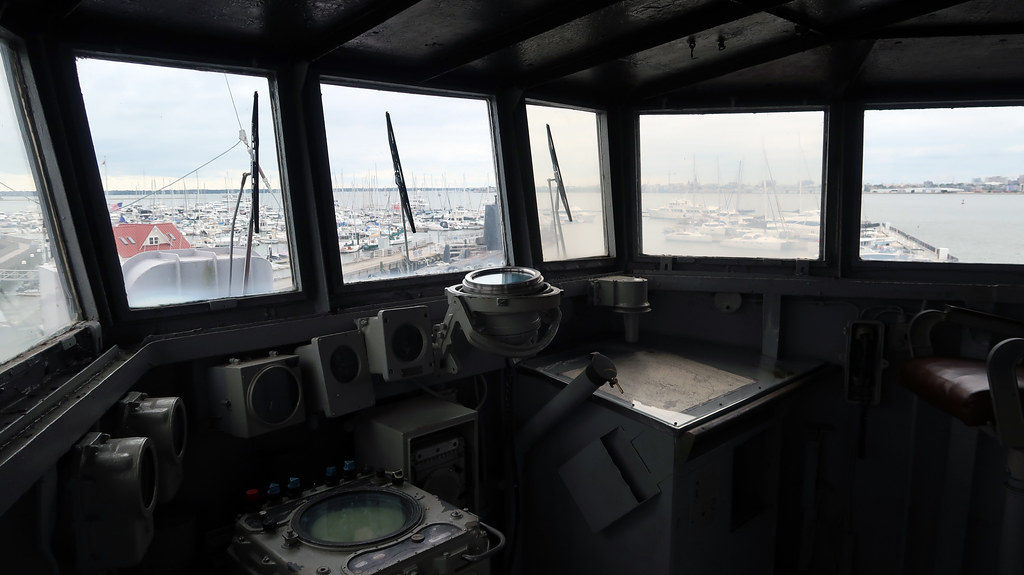 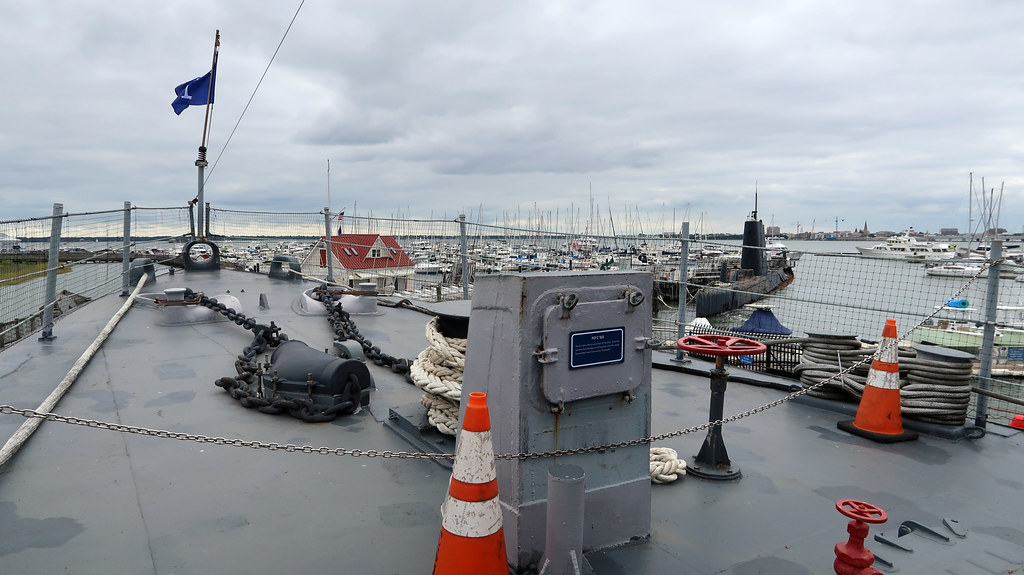 During the tour, I found my locker. 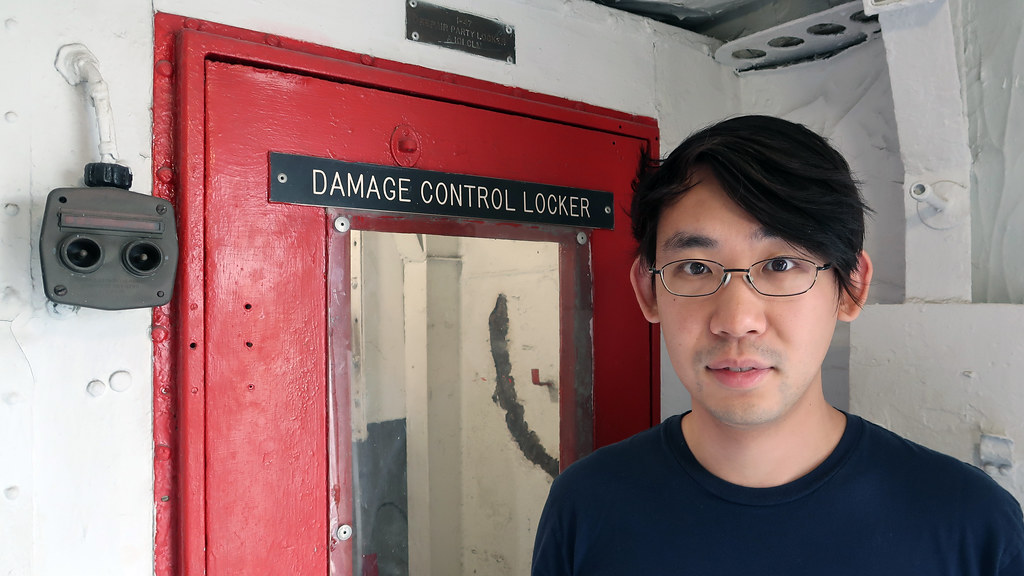 You might not know this about me, but while I was still in school, I passionately hated history. It was my least favorite subject, I failed my Advanced Place­ment exam in history during high school, I took no history courses as an undergraduate university student while earning my Bachelor’s degree, and I quit my graduate program for my Master’s degree because their breadth of knowledge requirement forced me to take eight history courses to make up for my lack of exposure to history.

My opinion on the topic of history is slowly changing. I started feeling this way when I started going to more historical museums during my road trip, but I think the USS Laffey was the “tipping point” that made me realize that history isn’t actually really that bad, and the thing that’s bad is actually just the American education system.

After watching all the videos on the ship about what happened to it, seeing all the rooms and some of the equipment that the military used to fight to defend the United States, and literally standing in the same watercraft as the veterans with my own two feet, it somehow just occurred to me in a very surreal manner as to how “real” everything was.

This isn’t to say that I was doubting that any of these historical events happened; it was just that, when I learned about it by reading out of a textbook and taking exams, I felt many degrees of separation from the topic. By seeing all this in-person, it hit me as to how important and significant all this was, and how relevant this actually still is to modern-day life.

These museum exhibits were built in a way such that both history enthusiasts (like my co-worker) and history idiots (like I) could learn something new and have a nice experience. What made it even better for me was that, as someone who grew up in the middle of nowhere in the Chicagoland suburbs, and then lived east of the Santa Ana Mountains in California before moving to the middle of the desert in Las Vegas, I didn’t really have much exposure to water. The fact that I was just even on a tremendously large boat to begin with was an exciting experience, so being able to walk through both these watercraft was amazing.