I’m personally not really a big fan of horse racing, so I went into this museum fairly clueless. With that being said, I think the Kentucky Derby Museum is actually the best museum I’ve visited so far. It has high-quality exhibits, there are a lot of interactive things to do, there is a lot of variety in terms of what is available to do, and it was very effective in teaching me about the Kentucky Derby in a fun and memorable way.

My visit started with a walking tour of Churchill Downs, the race track. It was raining, but I obviously have limited time in Louisville, so I grabbed a hoodie, bundled up, and went anyway. Apparently rain isn’t really that big of a deal in Louisville, because there were a lot of other people in attendance at the museum, and apparently the race itself still goes on in the rain as well. In fact, the wetness and condition of the track is something that is recorded along with every race. 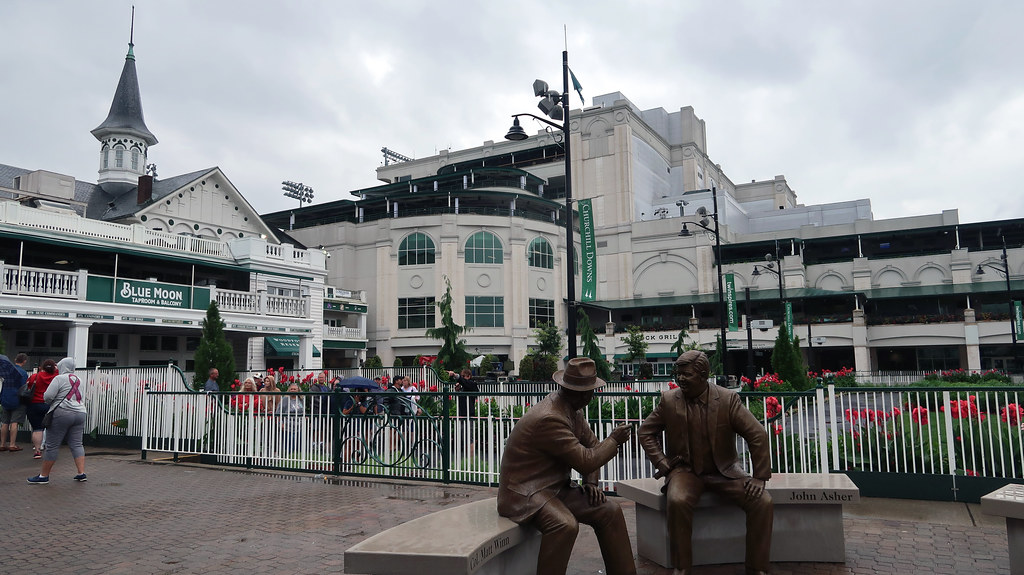 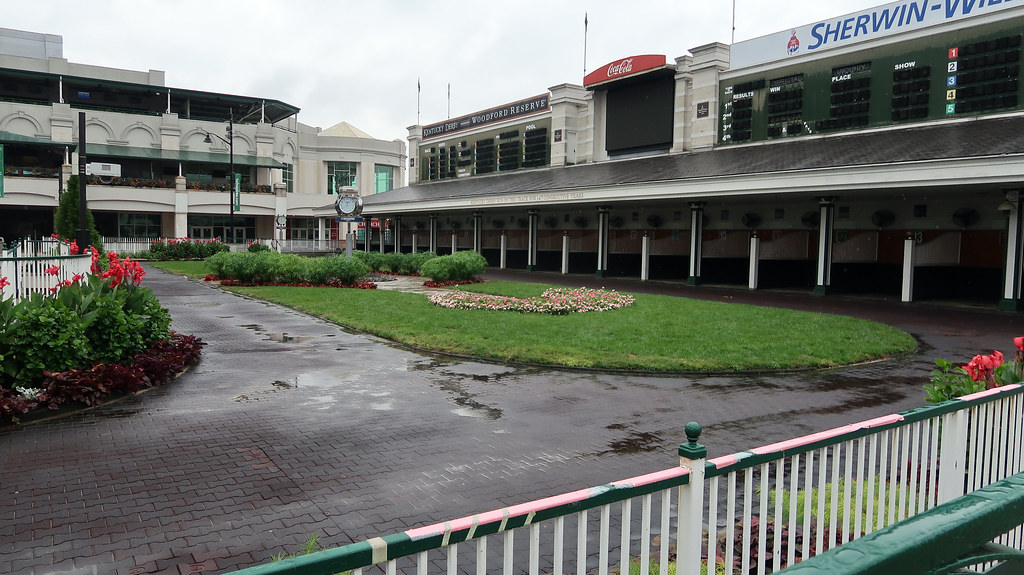 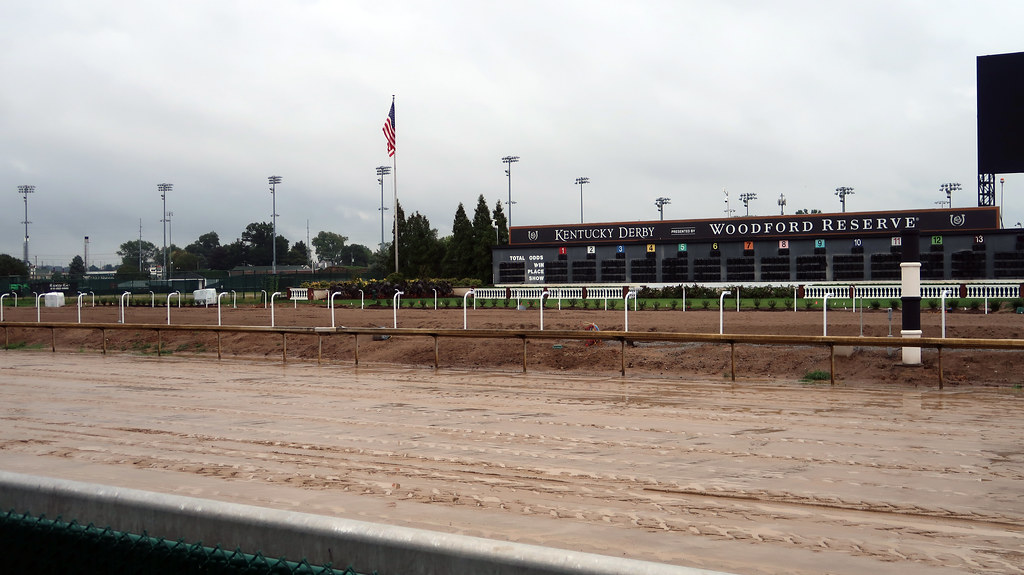 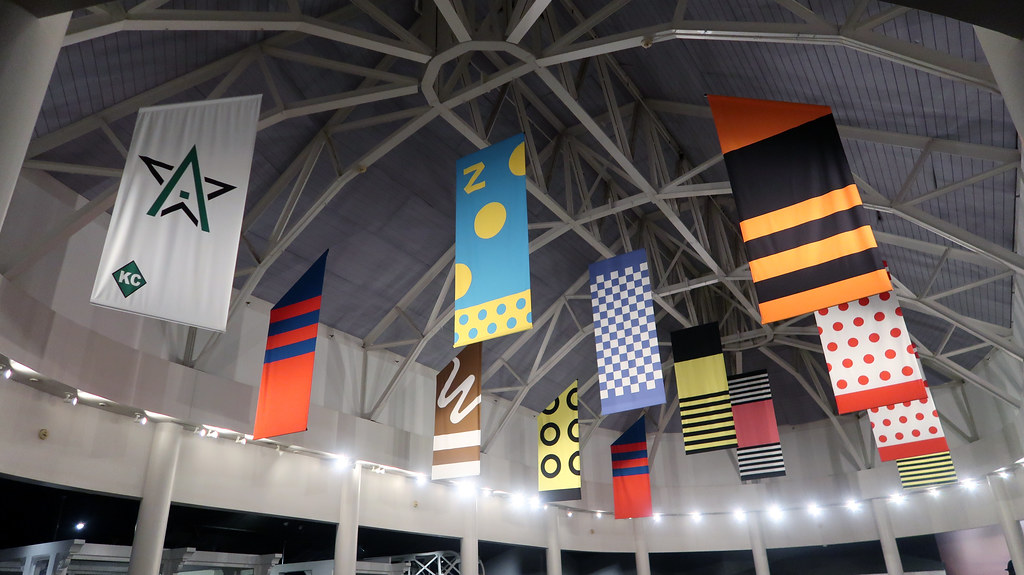 This short film was one of a few spread out throughout the museum; there were some other spotlights about other racing-related themes, such as a bi­og­ra­phy of one of the most successful jockeys, and a history of how women fought to compete alongside men in top-tier horse races. The “Ladies of the Derby” and “Right to Ride” exhibits were actually my favorites—there were life-sized cut-outs of the women so you could see how tall they were, and hearing their stories of successfully bringing lawsuits against arrogant men on the basis of the Civil Rights Act was very satisfying.

There was also a section of the museum where you could watch every single Kentucky Derby race available on video. I think just the nature of the Ken­tucky Derby makes for a great after-the-fact spectator sport, because all the videos are no longer than three minutes each, and it’s an insane surge of a­dren­al­ine and excitement, one after the other. The museum also set up a “betting booth” where you could pretend like you would input a theoretical $2, pick out your favorite horses, then watch the race and scan your ticket to see how much you would’ve theoretically won.

Another interactive part of the museum was a horse riding simulator, similar to one that you would see at an arcade. There was a kid already trying it out so I didn’t hop on myself, but it basically looked like a video game.

In addition to all of this, there were obviously also some traditional museum exhibits, with text, props, and audio. But, even then, I feel like the Kentucky Derby Museum takes traditional museum exhibits to the next level as well; for example, there was a decoy weight scale in the section about the size of the average jockey so people could step on and see just how much more they weighed than these athletes. 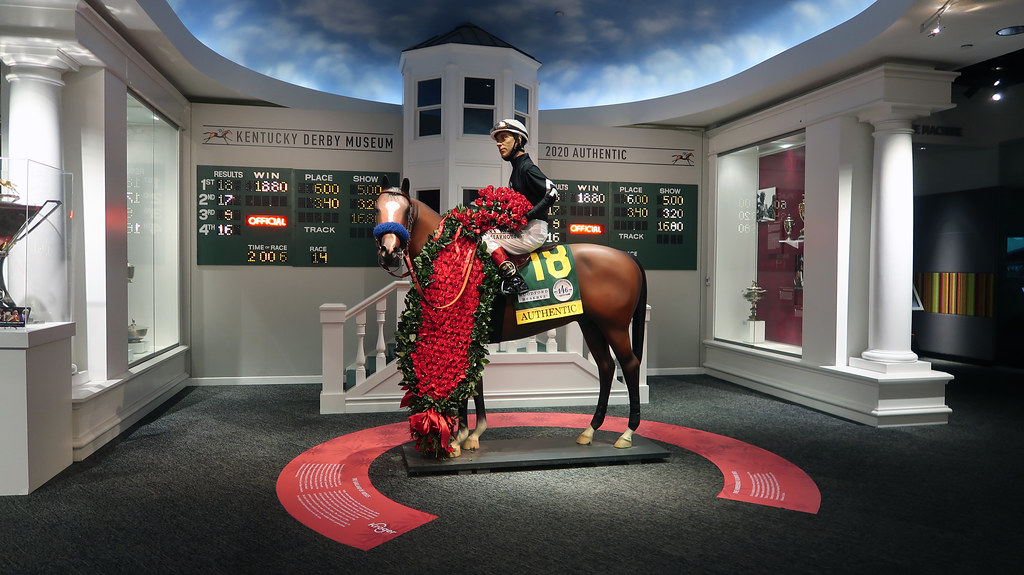 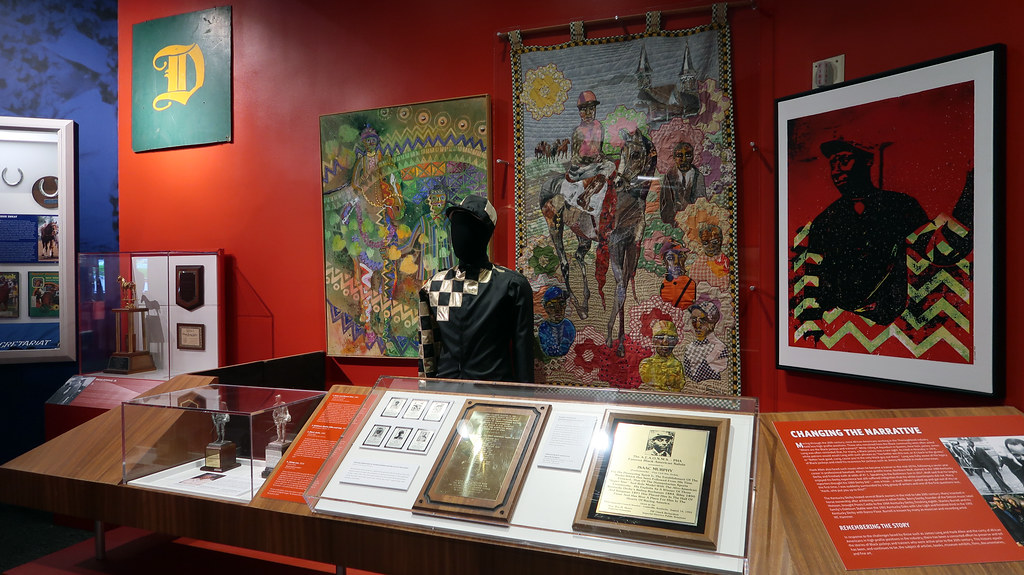 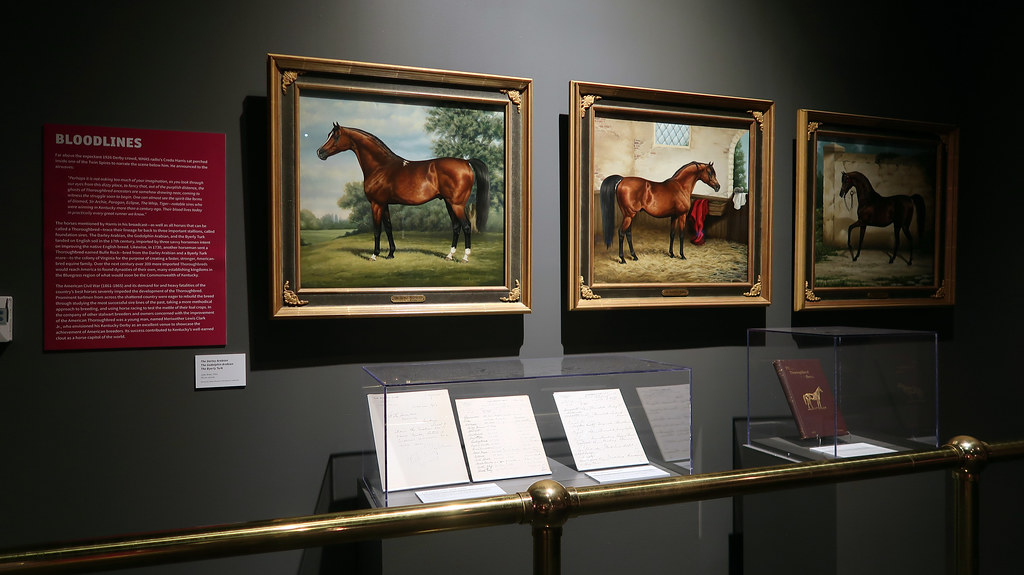 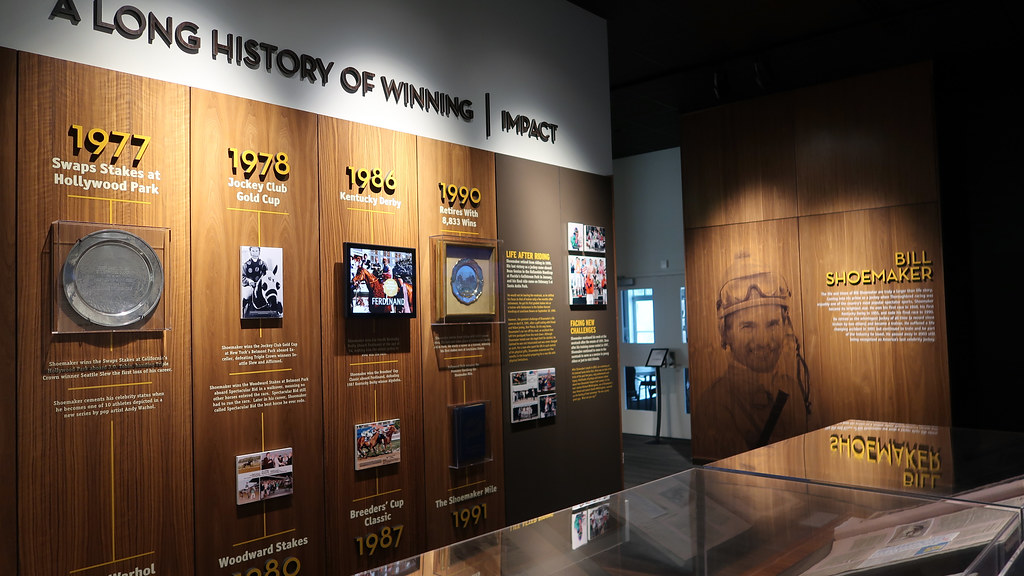 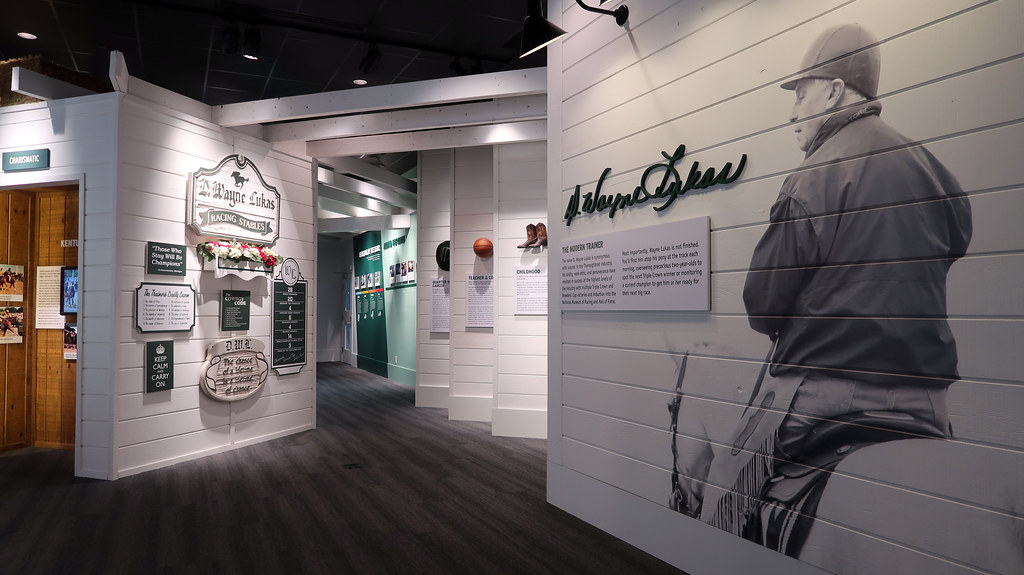 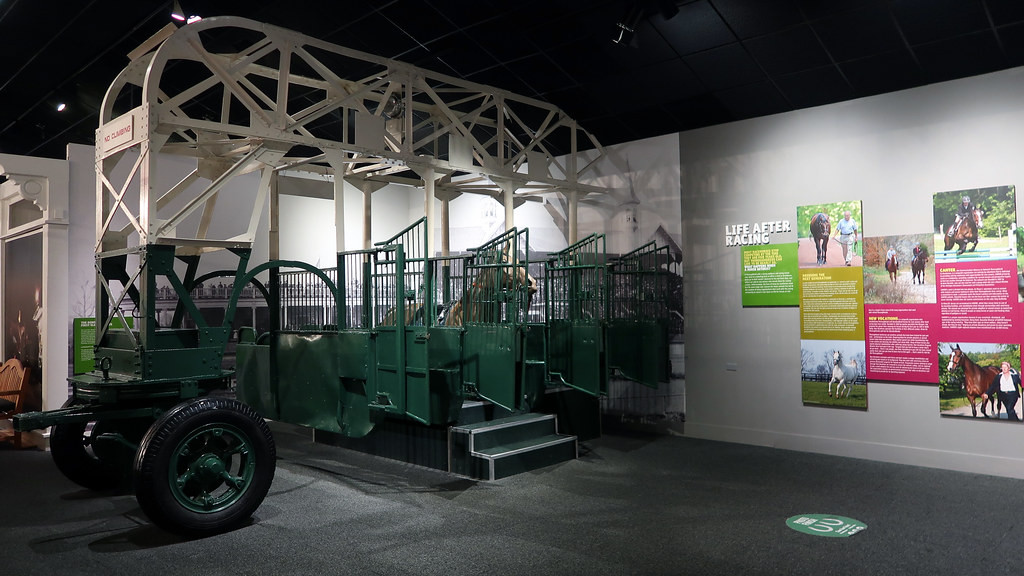 After enjoying everything in the museum, I took a look at the statue of Barbaro right outside the racetrack on my way out.

During the walking tour, the tour guide let us know that undefeated horse Barbaro had a tragic leg injury during his final race. Many people poured all their time and effort into treating Barbaro and assisting in his recovery. The process went on for over half a year, with surgery after surgery trying to address all the unexpected complications arising.

Apparently, horse leg injuries are not quite as simple as other four-legged mammals; although dogs can walk on three legs, horses cannot because of their weight, and lacking strength in one leg can result in too much weight being put on the other legs and further injuries forming. This is eventually what happened to Barbaro, and shortly before his death, he reached a point where he could not put his weight on any of his legs.

Barbaro was a fan favorite and there were a lot of people cheering on for his recovery. Upon his death, he was cremated and his remains were placed right outside Churchill Downs so fans could pay their respects without having to purchase an admission ticket. 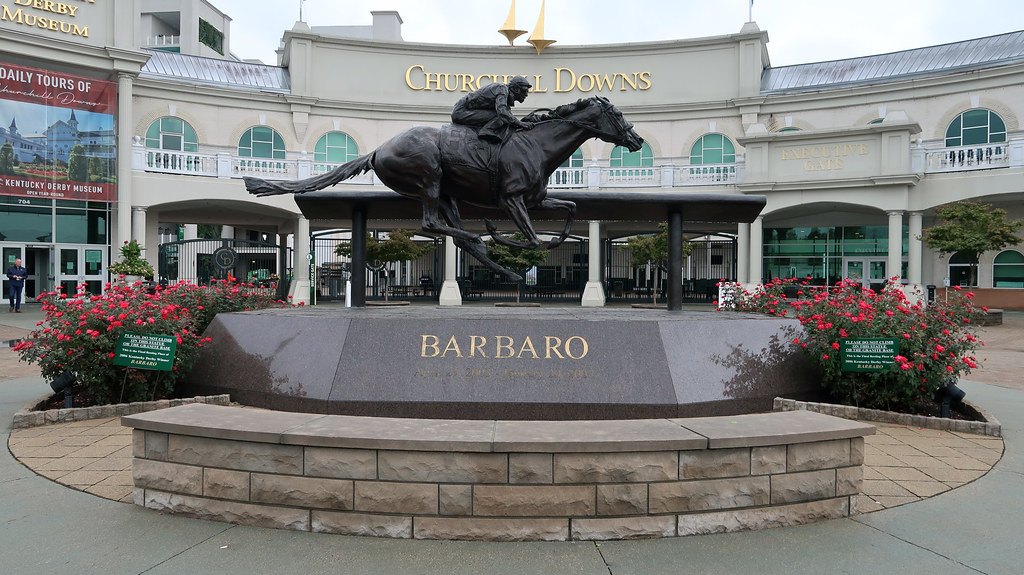 My impression of horse racing has historically been negative due to the fact that I believed horse racing was abusive and exploitative of the horses.

Now of course, I’m not going to change my opinion based solely on going to a horse racing museum, obviously because the museum is going to be heav­i­ly bi­ased in favor of supporting horse racing. But, I did learn a lot more about the process behind the race, and it made me feel like raising the horses and rac­ing them is somewhat like a traditional owner-pet relationship (like playing fetch with your dog), but just on a much larger scale—a scale fitting of a horse.

The whips that they use are also apparently not a normal whip that you’d see that is designed to inflict pain. Apparently, horse racing whips are made out of a different material, are designed specifically to make a lot of noise, and are used as a controlling device in more ways than just striking the horse.

It is allegedly common knowledge in the equestrian community that punishing a horse with pain is not very effective, and could actually make the horse perform worse due to learned helplessness. On top of that, there is also supposedly legislation limiting the number of times a horse can even be hit with a whip at all during a race, so a lot of jockeys don’t actually ever make harsh contact with the horse using the whip.

It’s unfortunate that I didn’t actually get to see any real horses during this trip, but I’d say that this museum is very much worth it at a US$16.00 ad­mis­sion price, just based off the walking tour, movie, and museum exhibits. There are some pricier options available that offer you an inside look at the more exclusive aspects of horse racing, but for a normal civilian, I’d say that general admission is plenty.