We’ve been all moved into our new place for a few weeks now, and the cats are also getting settled in. They spent a while staying in one spot and hiding inside and under things, but lately, they’ve been coming out into the open a bit more to explore the rest of the condo. 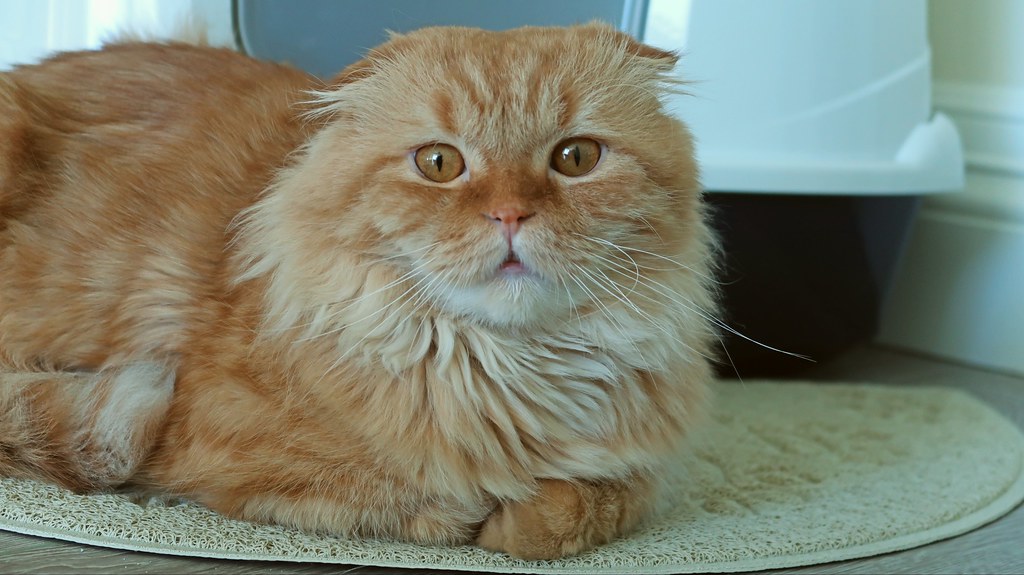 My roommate bought some mats to put in front of the litter box. These mats are designed to catch and hold any leftover litter from the cats’ feet after they’re done using the litter box. They apparently also serve the purpose of being a mat that the cats lay on, because for whatever reason, they seem to love laying on these litter mats. 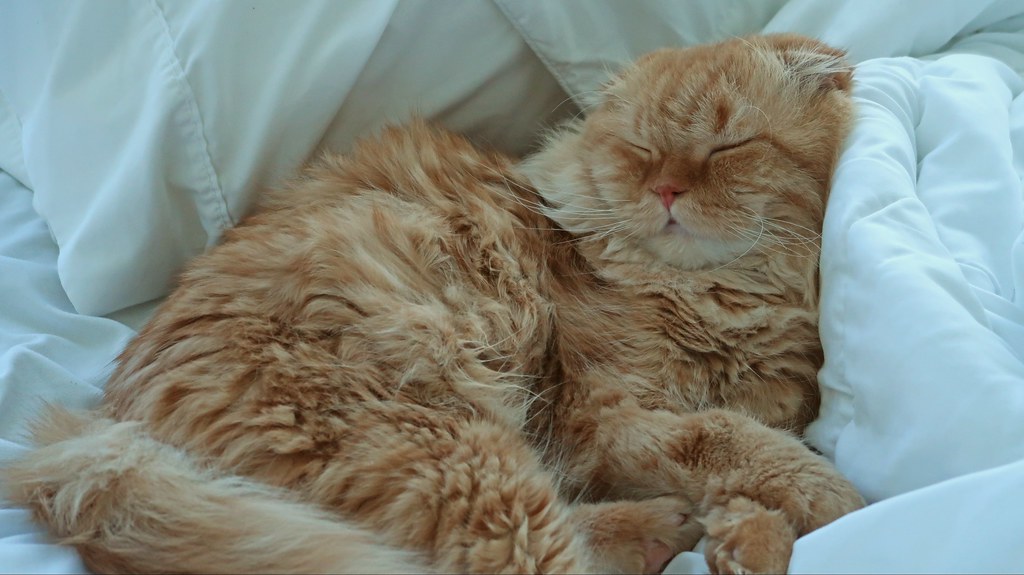 Both Pumpkin and Pudding recently got their orchiectomies. We were under the impression that they would be getting an Elizabethian collar (better known as a “pet cone”) so they wouldn’t lick and irritate the incision area, so instead, my roommate bought a toast version that goes around their necks. 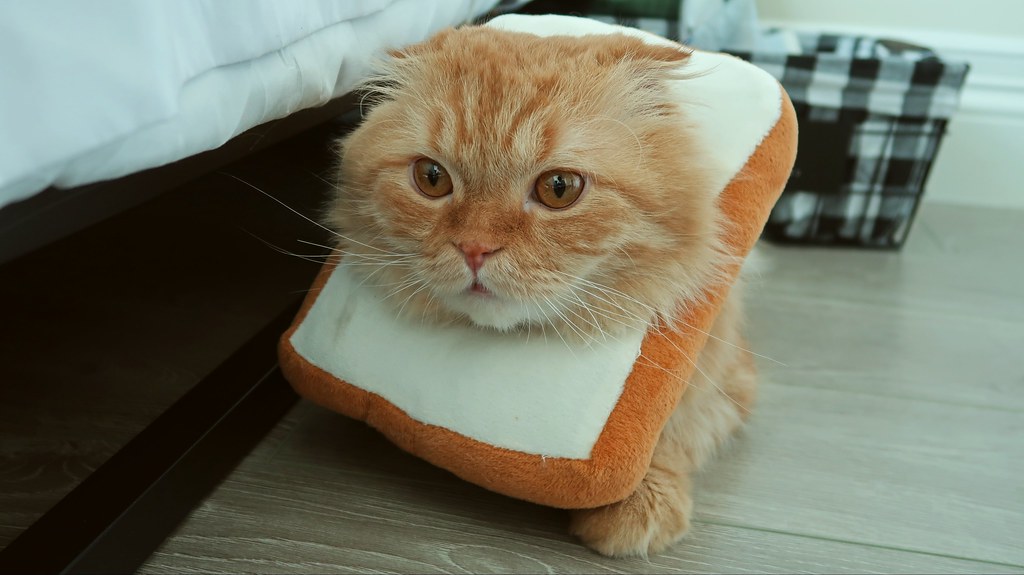 Well apparently, orchiectomies for cats are so non-intrusive nowadays that they didn’t even need a cone. So instead of the toast collar serving any utilitarian purpose… it ended up just being a prop for a photo shoot with Pumpkin.