If you’ve spent any time with me in-person recently, you may have noticed that I’ve been using a Louis Vuitton wallet for a little while. The wallet I had in particular was the Louis Vuitton Gaspar Wallet in Monogram Macassar canvas, which goes for about US$500.00 today on Louis Vuitton’s website. I wanted to switch wallets for a few reasons: After making this decision, I had to decide on two things before moving forward: what kind of leather I wanted, and which leatherworker I wanted to make my wallet for me. For the type of leather, I decided on stingray. Stringray skin is extremely durable, often considered to be about 25 times stronger than regular cowhide leather that most people’s normal leather wallets are made of. Stringray has a very unique texture, and most people don’t own anything made out of stringray. Stringray—especially polished stingray—is also one of the most difficult skins to counterfeit, so it decreases the chances of someone else having a “fake version” of the wallet that I have. As for the leatherworker, this discovery process basically just involved me going online and researching as many leatherworkers and leatherworking shops as I could find until I came across one that had experience working with stingray skin. I realized that even finding someone willing to work with stingray at all was difficult enough to begin with, as stingray is a tougher skin to craft so most people don’t even try, so finding someone well-versed at it was nearly impossible. Eventually, I came across a father/daughter/son-in-law family of leatherworkers who run a company called Wilburn Forge. I noticed that they already had some stingray products on their store, and when I zoomed into the high-resolution photos, the attention to detail was fantastic. The exterior was made with polished stingray, the interior was made out of kan­ga­roo, and the whole thing was stitched together with Ritza Tiger thread, allegedly the best thread in the world. I reached out to Francesca Wilburn-Ritchie and asked for a custom version of the stingray wallet available on the website. I requested black polished stingray, black kan­ga­roo, and black thread; I wanted the wallet to have six credit card slots, two hidden pockets, one cash slot with no divider, and a side-swinging ID slot. The price we agreed on was US$359.00, which I think was an absolutely amazing deal for me. Because this was a special order with custom color requests, Francesca had to reach out to her leather and skin supplier in Thailand to custom-order the materials, which meant I had to wait almost two months to actually receive the wallet. But, it was definitely worth it. The wallet arrived about a month or so ago, and I’ve been using it since then. It’s actually somehow been better than what I expected. 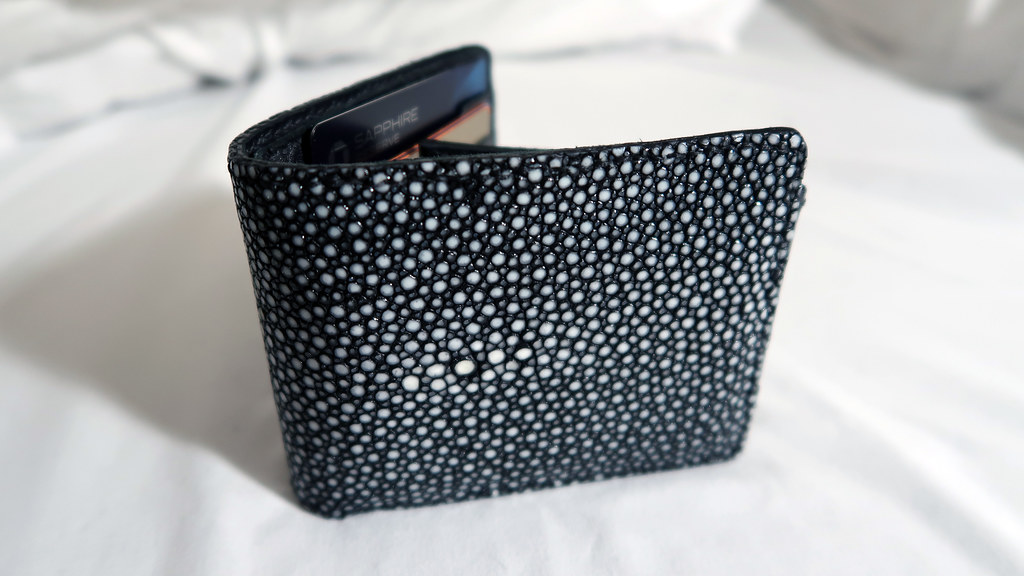 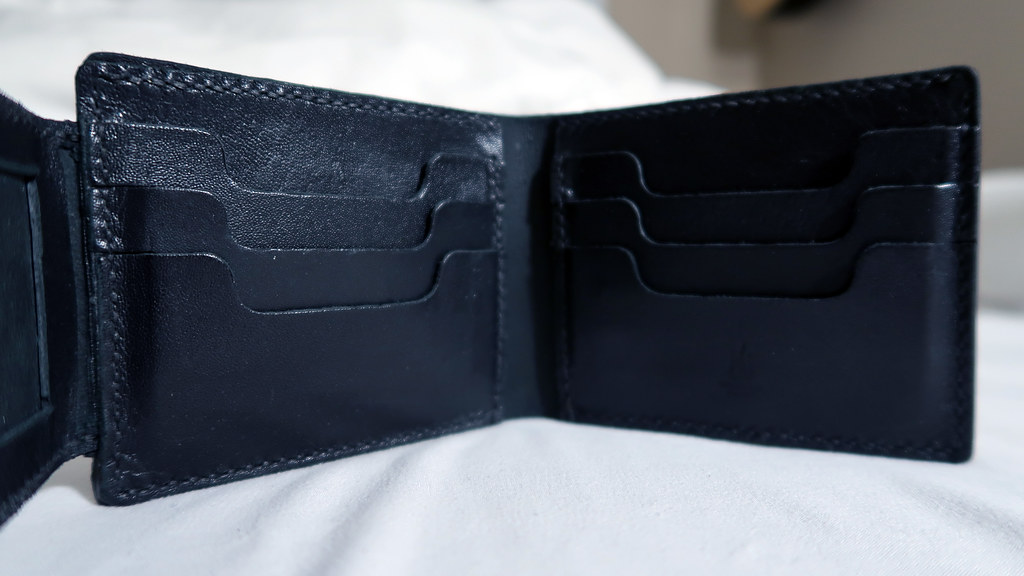 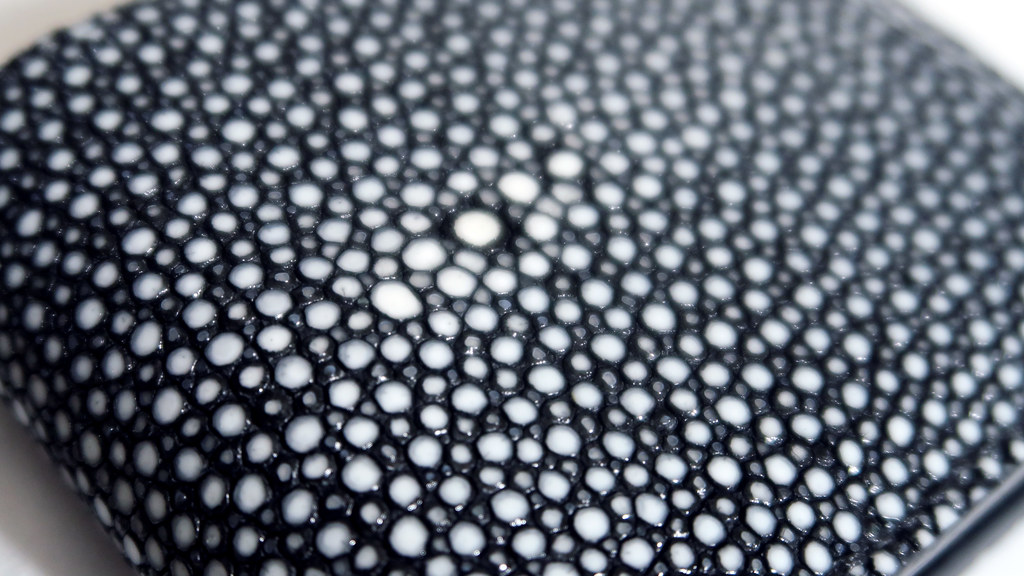 So, to get the two obvious questions out of the way: I mentioned that I wanted black stingray, so why is it white? Well, the stingray skin started as all black, but stingray skin has calcium deposits on it, which is what gives it the beady feel. When the stingray is polished, the calcium deposits are sanded down so it’s smooth, and the white calcium gets exposed. The skin is not re-dyed after the sanding and polishing process, which is what gives the polished stingray skin that texture. What does stingray feel like? The closest comparison I can give is that polished stingray skin feels like flexible glass. It is extremely reflective of light, and when you bend the skin, it literally feels both rigid and flexible at the same time. Overall, I’m extremely satisfied with my purchase. It’s insane to me that this wallet is literally ~US$150.00 cheaper than the Louis Vuitton Gaspar Wallet, yet it is constructed with incomparably better materials. Also, with both stingray and kan­ga­roo being some of the strongest leathers available (with kan­ga­roo having one of the best ratios of being lightweight and being durable), I can expect this wallet to last basically a lifetime, as opposed to Louis Vuitton canvas wallets barely lasting a handful of years. As for my old Louis Vuitton wallet, I decided to give it to a family member who is much more of an enthusiast for designer goods than I am, so it’s in better hands now.
—§—
—§—
Copyright © 2003-2022 by Adam Parkzer. All rights reserved.