Do I still adore my truck? Yes.
As much as I did before? No. 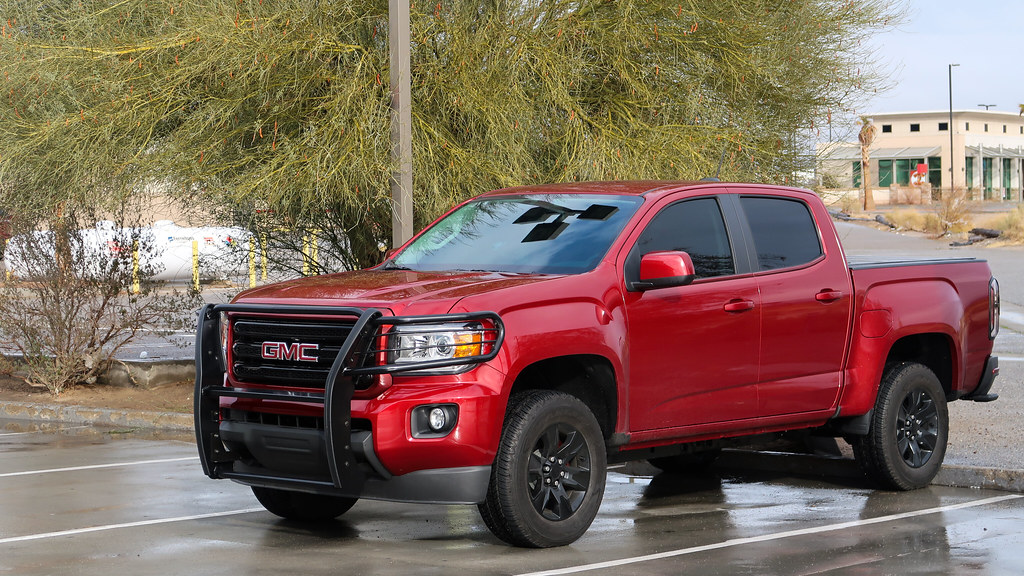 Back at the end of July 2018, I purchased a 2018 GMC Canyon mid-size pick-up truck from AutoNation GMC Henderson. I’ve owned the truck for just over 7 months now, and here are the experiences I’ve had owning the truck. So, do I regret the purchase of a GMC Canyon? Absolutely not. But would I do it again? … Absolutely not. My decision was a toss-up between the Toyota Tacoma and the GMC Canyon; the Canyon won because it had substantially better styling for the price (both on the exterior and interior) as well as interior luxuries and conveniences. With the mid-size pick-up truck segment evolving with vehicle redesigns in the coming few years, I’m hoping that Toyota can up the quality of the Tacoma enough that it becomes the leader in the segment in both looks and reliability. As for my Canyon, I was originally planning on keeping it for about a decade – and if I had gotten a Tacoma, I almost definitely would’ve kept it for a decade, as those things tend to run buttery smooth for a long, long time. However, at this point, with electric vehicles poising to take over the market, I’m almost glad that I have a semi-unreliable vehicle, as it will likely encourage me in the next 4-5 years to just trade it in and upgrade to an electric pick-up truck (while if I had a Tacoma, I would likely hold onto it forever).
—§—
—§—
Copyright © 2003-2022 by Adam Parkzer. All rights reserved.