Today was our final day in Las Vegas before our flight back home to Los Angeles, and in the morning, we went to Mandalay Bay to visit the Shark Reef Aquarium and Polar Journey. The Polar Journey wasn’t really that interesting, as it seemed like it was more geared for children than adults, but the aquarium had some interesting parts to it. 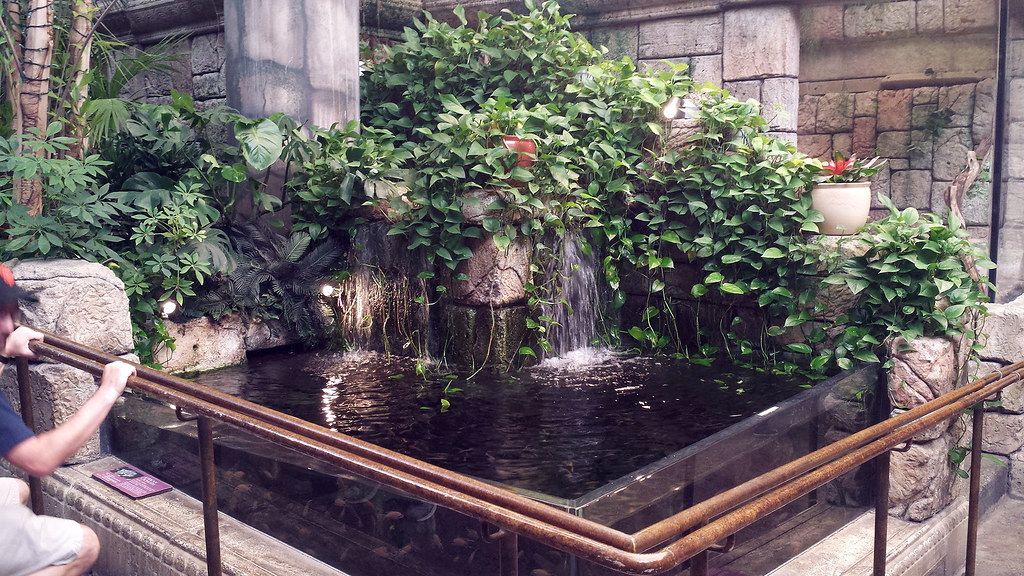 The tour started with a lot of displays and fish in tanks. I decided to post this particular photo because Karen is extending her arms out trying to hug a fish inside a tank, while you can see my reflection on the left side of the photograph taking the picture. 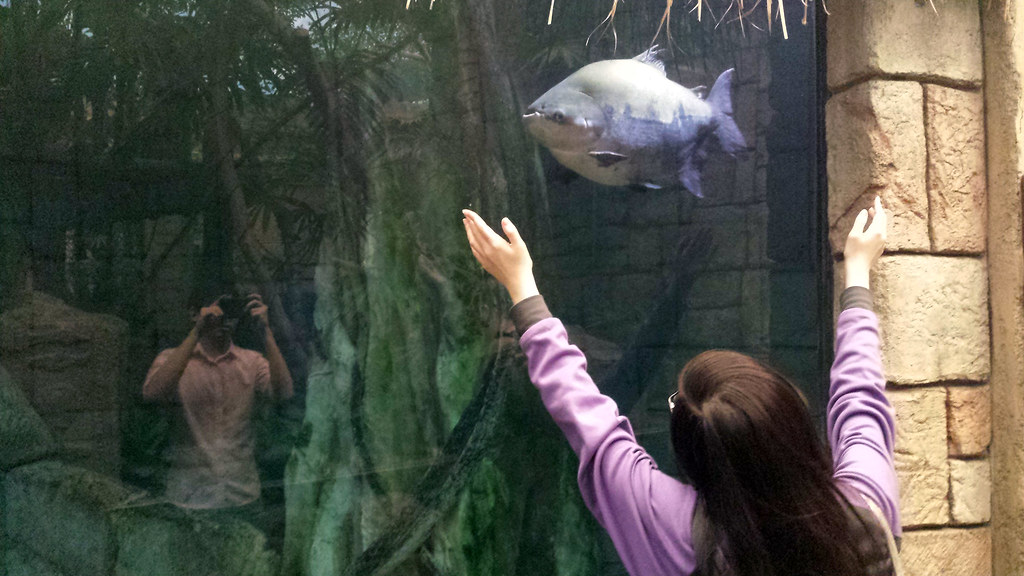 The path then led to an area fully enclosed by a larger tank. You can also see a guy with a blue helmet underwater cleaning the tank in the bottom-right corner of the photograph. 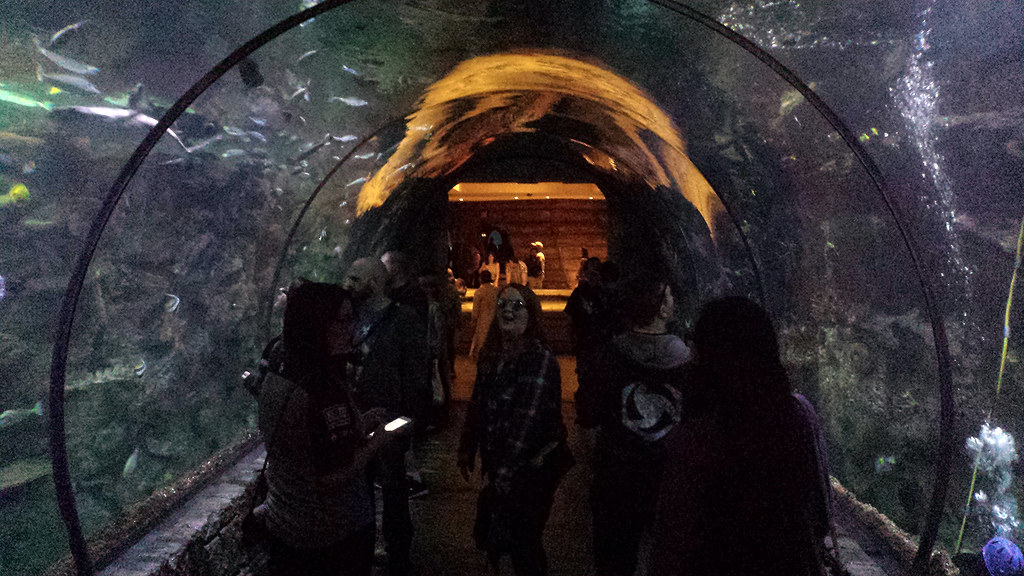 Deeper into the tour, there’s an open area where you can reach in and touch batoidea in a sandy tank. There were a lot of kids here, and I was more interested in seeing whether or not a kid would fall into the tank while reaching for a ray, rather than actually looking at and touching the rays themselves. I also found it confusingly unsanitary because, although you can wash your hands after touching the rays, you don’t have to wash your hands before … so basically, that pool is essentially a festering ground of bacteria. 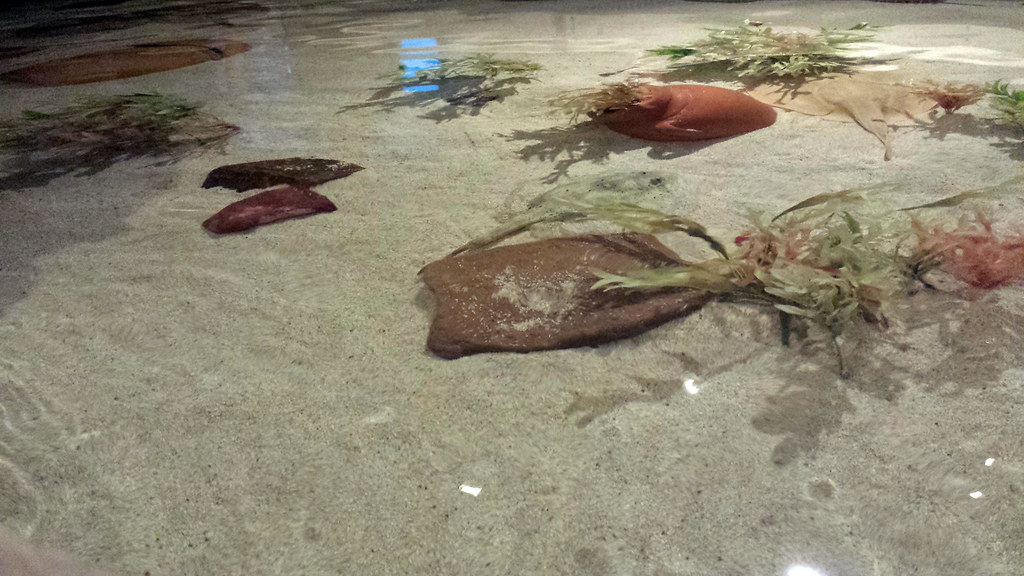 And finally, my favorite area of the aquarium was the purple-lit tanks with jellyfish. This photo doesn’t do this tank justice because of the low light and the low detail on my camera, but the jellyfish inside the tank looked translucent and illuminated. 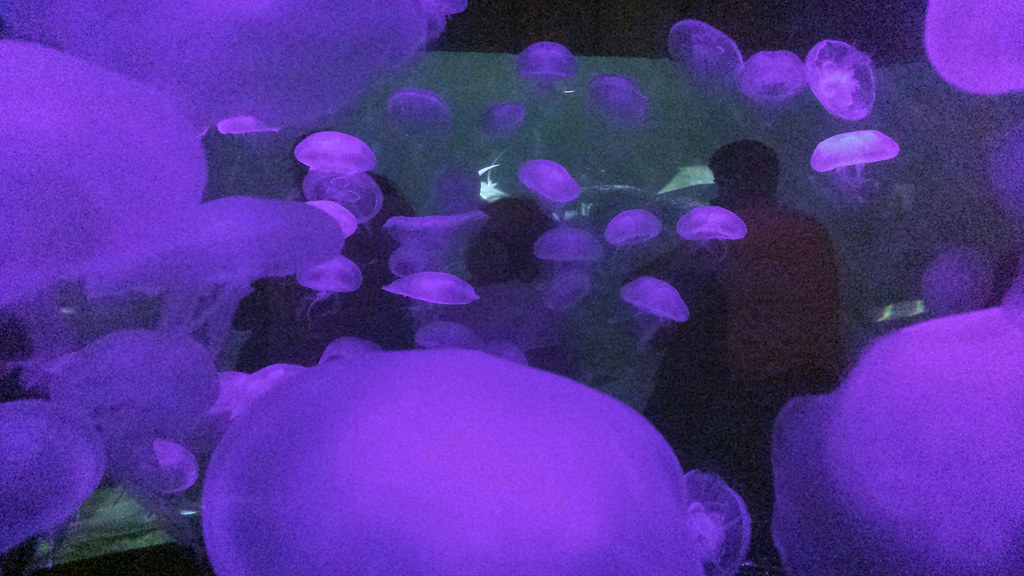 The ticket to get into the Shark Reef Aquarium was US$25.00 per person, which is far more than I would be willing to pay normally, as I’m not really much of a touristy person. But, because I was in a group, I was ok with joining in, and I’m glad that I at least got some photos out of it.
—§—
—§—
ADVERTISEMENT
Copyright © 2003-2020 by Parkzer. All rights reserved.